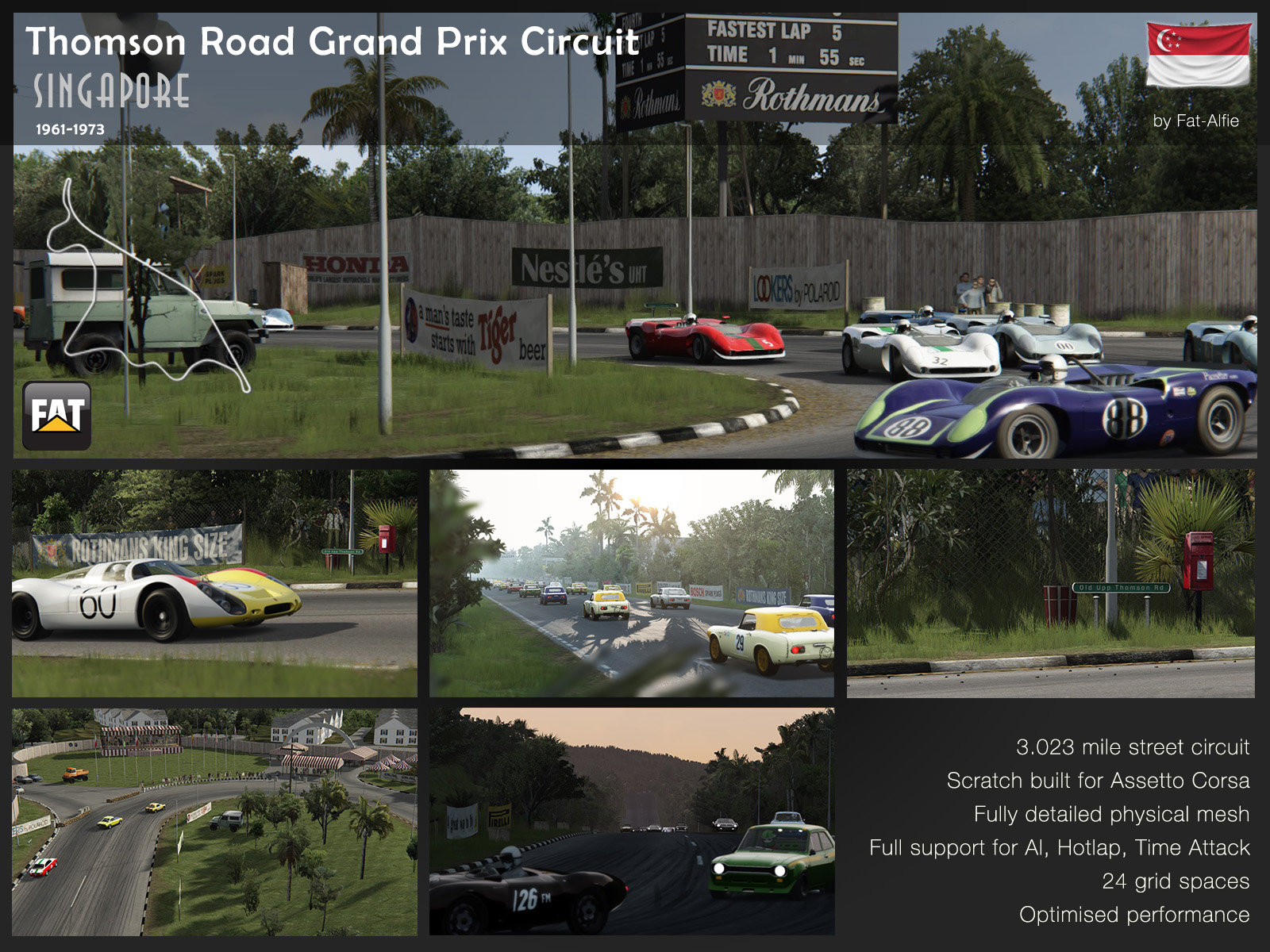 This is the first track I have completed and released for Assetto Corsa. I found it by accident and then completely fell in love with it.

It is a street circuit, half of it a twisty old road through the jungle, and the other half a newer, straighter section. It was used between 1961 and 1973, when it was cancelled due to financial and safety issues. It was badged as the Orient Year Grand Prix, the Malaysian Grand Prix and finally the Singapore Grand Prix once Singapore gained its independence. It measured just over 3 miles in length, or 4.865km, and featured sections such as The Murder Mile (the main straight which had a hump halfway along its length which caused the cars to take off at high speed), The Snakes (a series of twists and turns as the track climbed up through the jungle) and Devil's Bend (the most dangerous corner on the circuit). Seven lives were lost in the circuit's 11 year history. There were no run-off areas, and most of the fast bends were surrounded by trees. 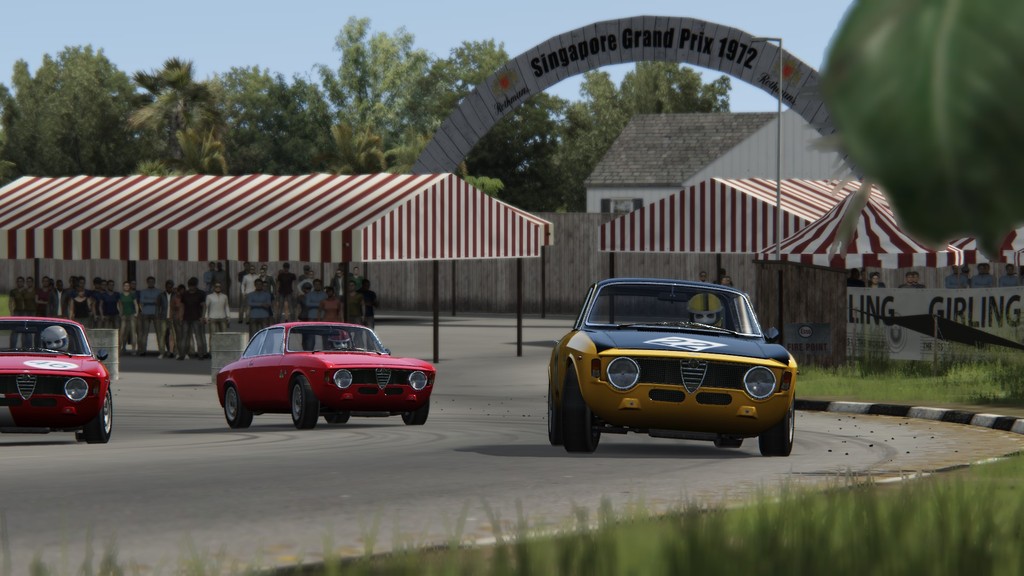 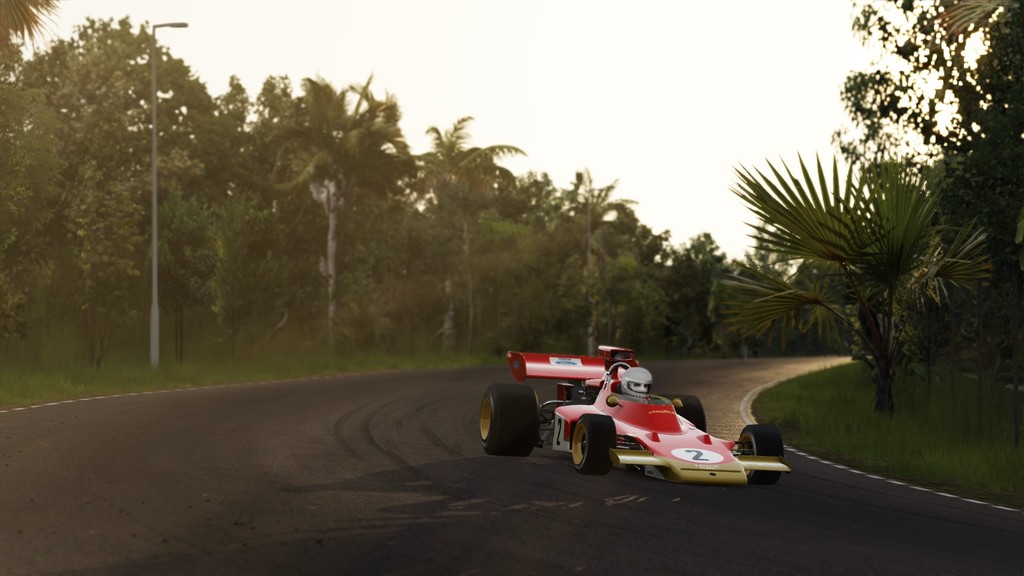 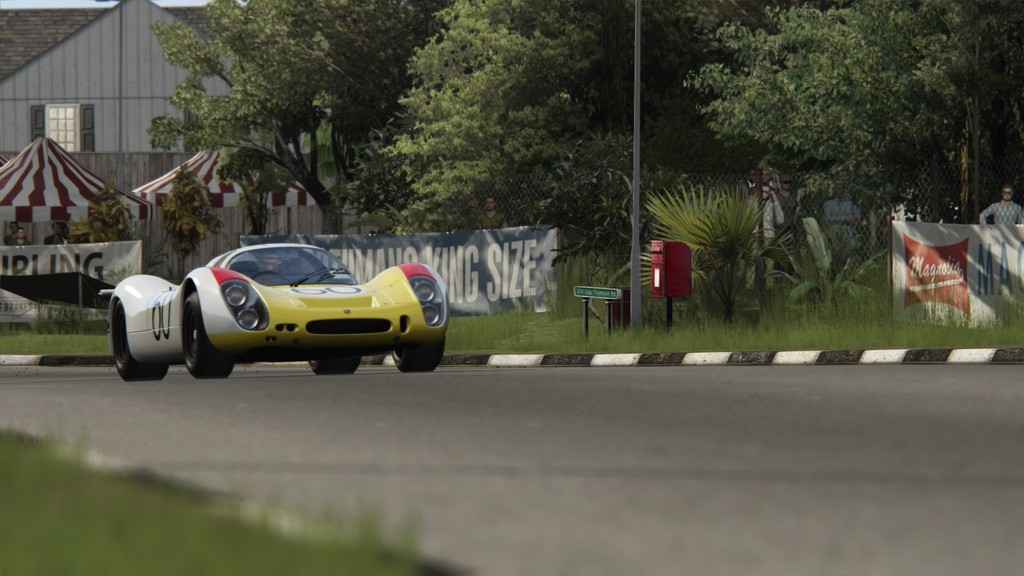 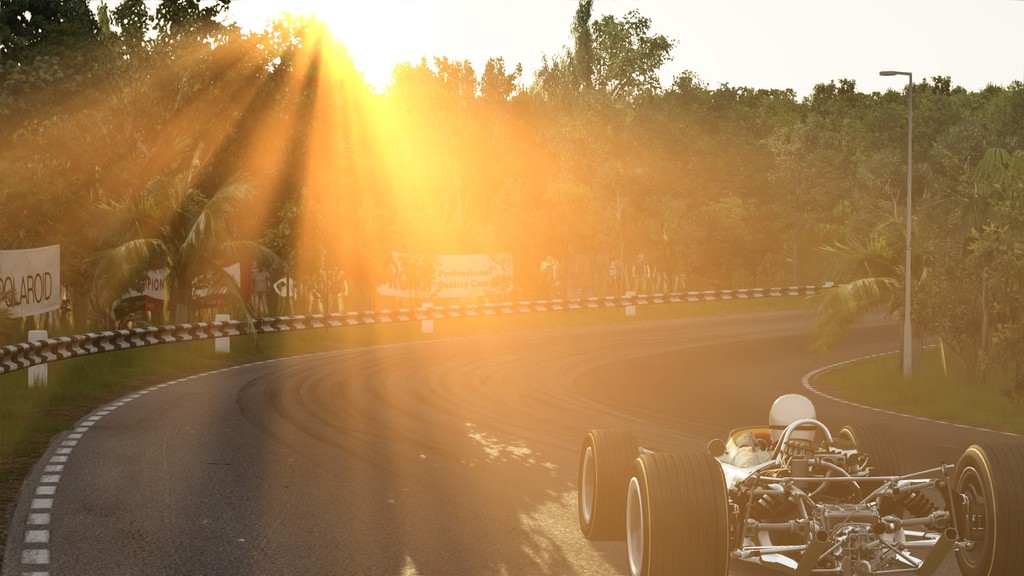 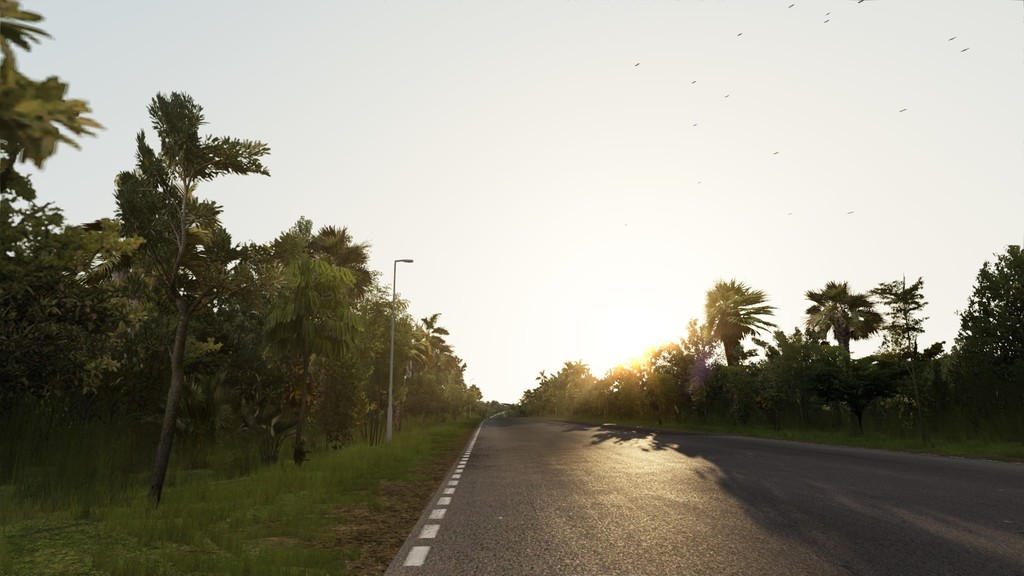 The track features a well detailed 500,000 tri physical mesh, is ready for AI races (with 24 grid spaces), Hot Lapping and Time Attack. It has been optimised to run as well as possible, with various levels of detail and careful use of textures and materials. I have added a dynamic racing line and tyre marks, static track-side details such as rubber debris and leaf litter, as well as a few dynamic objects Oh, and camera set 2 is by @norbs and the old cars in the undergrowth are by Kunos

Thank you to everyone who has helped, or tested, or encouraged me along the way - you know who you are

Truly splendid track. Thanks so much!
Great classic track, thanks !
One of the most beautiful tracks.

Fat-Alfie
Thanks man :D
Stumbled upon this track when a local server was hosting it for an online race and fell in love with it immediately!

Here's a quick video to show you what you've been missing:
https://youtu.be/aaaTBtkpY7c

I'll try and post up another video since I've gotten Content Manager and CSP instralled.
i enjoy ac very much
Wonderful and 100% reccomended!
Awesome! The nostalgic vegetation & kampong scenery details are amazing. Love it! Thanks for the work and efforts!
if I could give more than 5 stars I woul do, simply one of the best tracks in AC!
Not much to say. Just Magnificent! Wonderful! Fast with some tight challenging corners!
Beautiful track. Great fun to drive. Fast straights and sweeping bends. Thank you for this wonderful mod.
Amazing track! Murder mile is so much fun!!! Nighttime looks amazing with the streetlights!!! Thanks so much!
Awesome, awesome job! I had no idea this track even existed.... having a lot of fun racing the X2010 even in S1 spec on it... it's fast enough for it. Loads of fun, very smooth. Comparing it with old photos of pre-marina bay singapore GP and it looks pretty much bang on. Thanks for this; again, classic GP circuit I didn't even know existed.
great Job
Yes, this has some special magic! It's not only the location... :)
I remember i was quite impressed and still i am when i race it!
Thank you again for this masterpiece!
A great circuit. One of the best. But when I race against super cars, they display suicidal behavior on the long strait at the elevated section. So I win every time which is a bit boring. Is there an update for this?
Fun track. Lots of detail.
Thanks!
Your tracks are truly a piece of art. They are build so beautifully and so flawless, it's absolutely amazing. The layouts are demanding and very fun to race. Keep up the exceptional work.
WoW. Thankyou.
Great track, and terrific scenery!
One of the best mods for AC. Small but well rounded package of fun. Feels even better with moving trees and dynamic weather now.
I got thousands of kilometers in Feldbergring and Deutschlandring both, but somehow missed this one entirely. Not anymore. Great track
amazing, i think this is the first time i have been compelled to leave a comment in all the years i have been a member here :) top job really beautiful track

Fat-Alfie
Thank you for taking the time to both try out the track, and to leave a review. Much appreciated, and I am glad you enjoyed it :)
Another fantastic track from the creator of Feldbergring, no need to say more if you've already played that one. This one is shorter but equally brilliant.
great
Love this track!
Thanks for making this track! I've driven on this road many times irl and it's crazy that I'm also able to race in it in game.
Awesome track. It looks amazing and is fun to drive. Thanks for bringing it back to life.
Incredible quality. Did you release any other works besides the Feldbergring and the Thomson Road GP?

I can't really believe these are your only tracks, with how professional everything looks.

Fat-Alfie
Thanks very much for the review, and the kind words :)

Those are the only two tracks I have released to the public, so far. I have one other completed track (Bilster Berg Drive Resort) that was made for the track owners and not released to the public, as well as quite a few 'WIPs' that I like to play around with in my spare time.
FA you are the greatest
Thank you so much
Simply brilliant!
Amazing! Its a blast the way It ia, already, thanks a Lot, but would It be possíble tô make the lamp posts actually get lit at night (now that there is the Dynamics light shader)? That would be simply outrageous!

Fat-Alfie
Thanks, and yes, I will make the street lights illuminate the road, but only once the 'night mod' has been fully developed and finalised.
The best track Mod for AC hands down. The feel and atmosphere of the jungle is amazing. Driving historic cars on this circuit is exhilarating

Fat-Alfie
Thanks for the nice review. This track is probably due a small update, as I released it just before Kunos improved the AI code, and I think it would benefit from a new AI line. Plus, it has street lights along its length, so it's probably best to wait until all the 'night time' mods shake out before I do anything.
I Love youre Work...Südschleife PLEASE !!!
Beautiful work by great modder! Diffcult track to get right so really engaging. Thanks :)
Read more…
9 comments
KartKraft | New Update Adds Dynamic Sky And Lighting
28 comments
rFactor 2 | (Yet Another) New Build Is Here
4 comments
Community Question Podcast | Your Sim Racing Esport Opinions
29 comments
RaceRoom Racing Experience | New Update Available
9 comments
Win Big With Jardier This Saturday!