Log in to download, or make sure to confirm your account via email
Overview Updates (4) Reviews (422) History Discussion
After just over a year (on and off) I have finally finished my second track for AC - the Feldbergring. 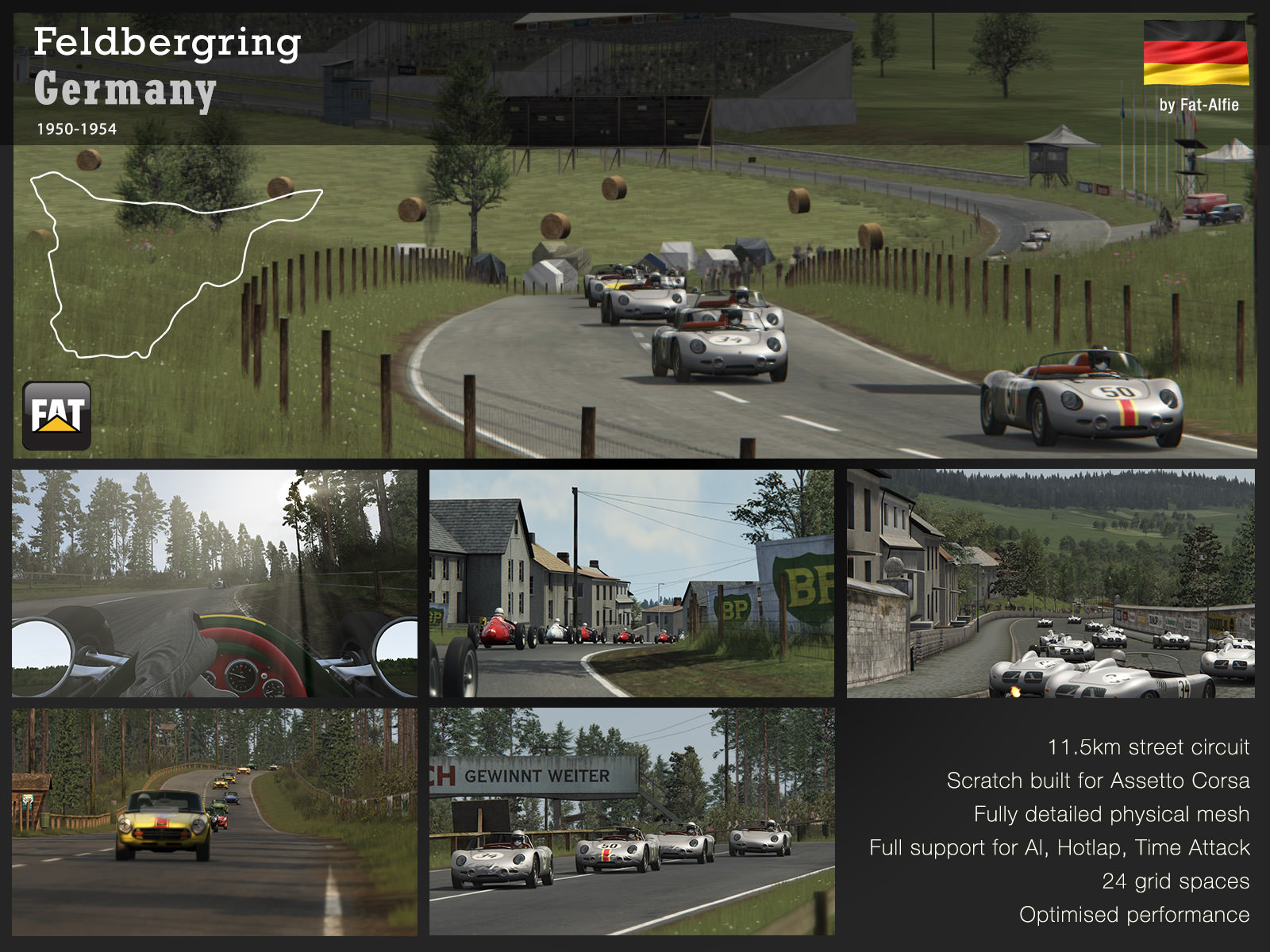 The Feldbergring race took place every year in Taunus, Germany, from 1920-1928, from 1934-1936, and lastly from 1950-1954. I have made the last version they raced on. The circuit was 11.6km long and held on public roads, with a height differential of 280m. It was used for the German Motorcycle Championship, as well as single-seater sports cars.

For 1955, the authorities demanded that a bypass was built around the village of Oberreifenberg, which was not made. This meant the end for the Feldbergring, and as a result of the terrible accident at the 1955 Le Mans race, many motorsport event throughout Europe were cancelled or suspended in subsequent years.

This track is most suited to vintage cars, but it can also be great fun with more modern cars too. It is set up with 24 pit boxes, works in Practice, Hotlap, Race and Time Attack modes, has two sets of cameras, a 340,000 tri physical road mesh, 40,125 trees (and no tree walls!), 28 different plant types, and ambient shadows added to most track-side objects. 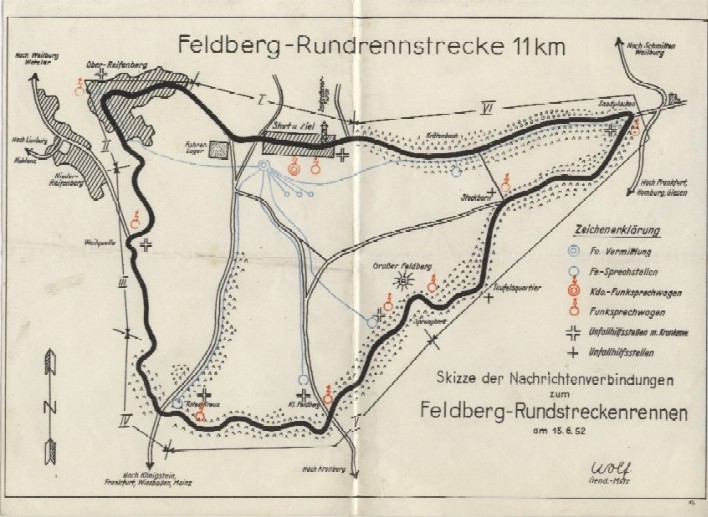 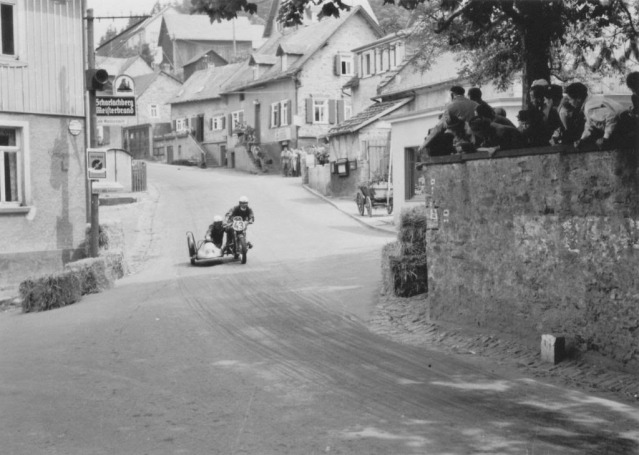 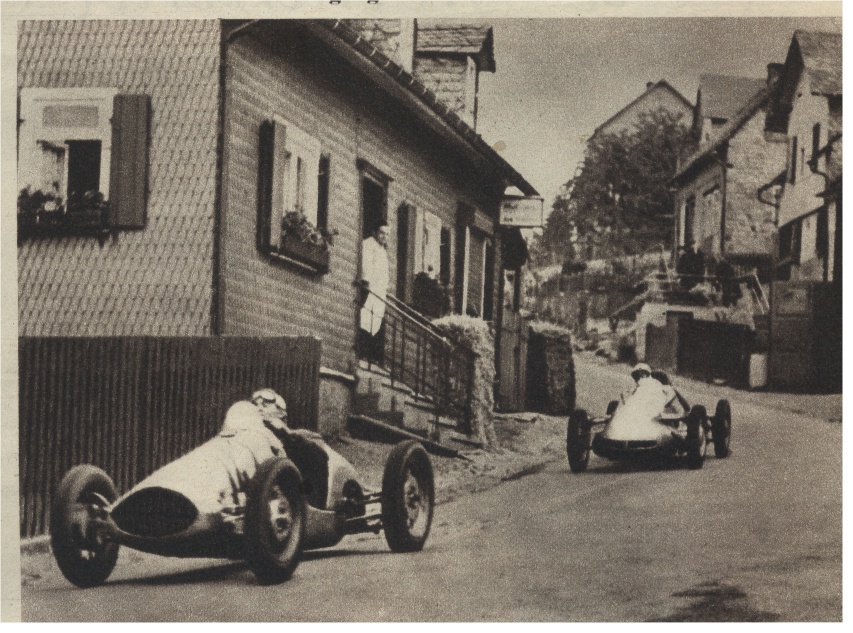 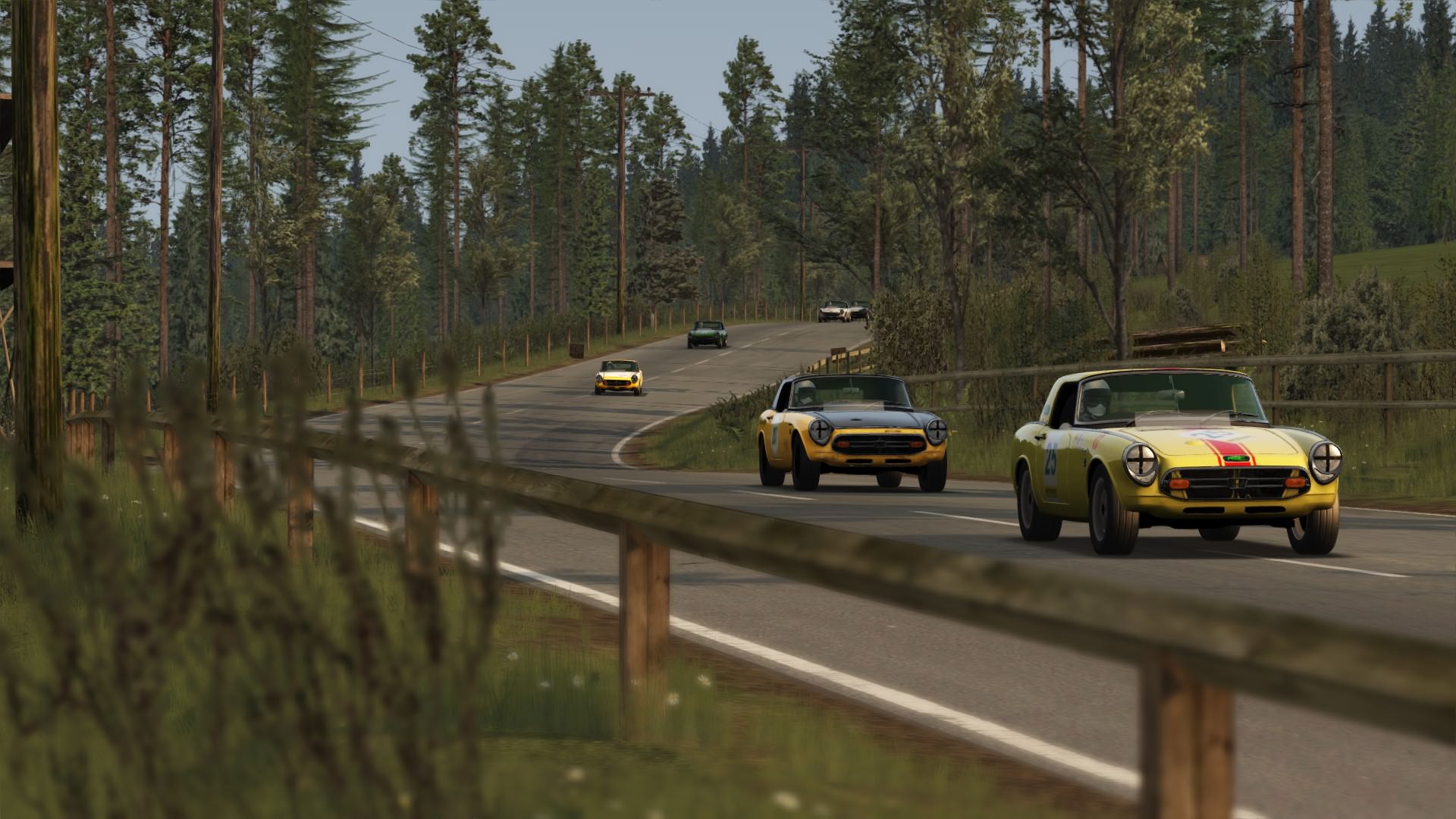 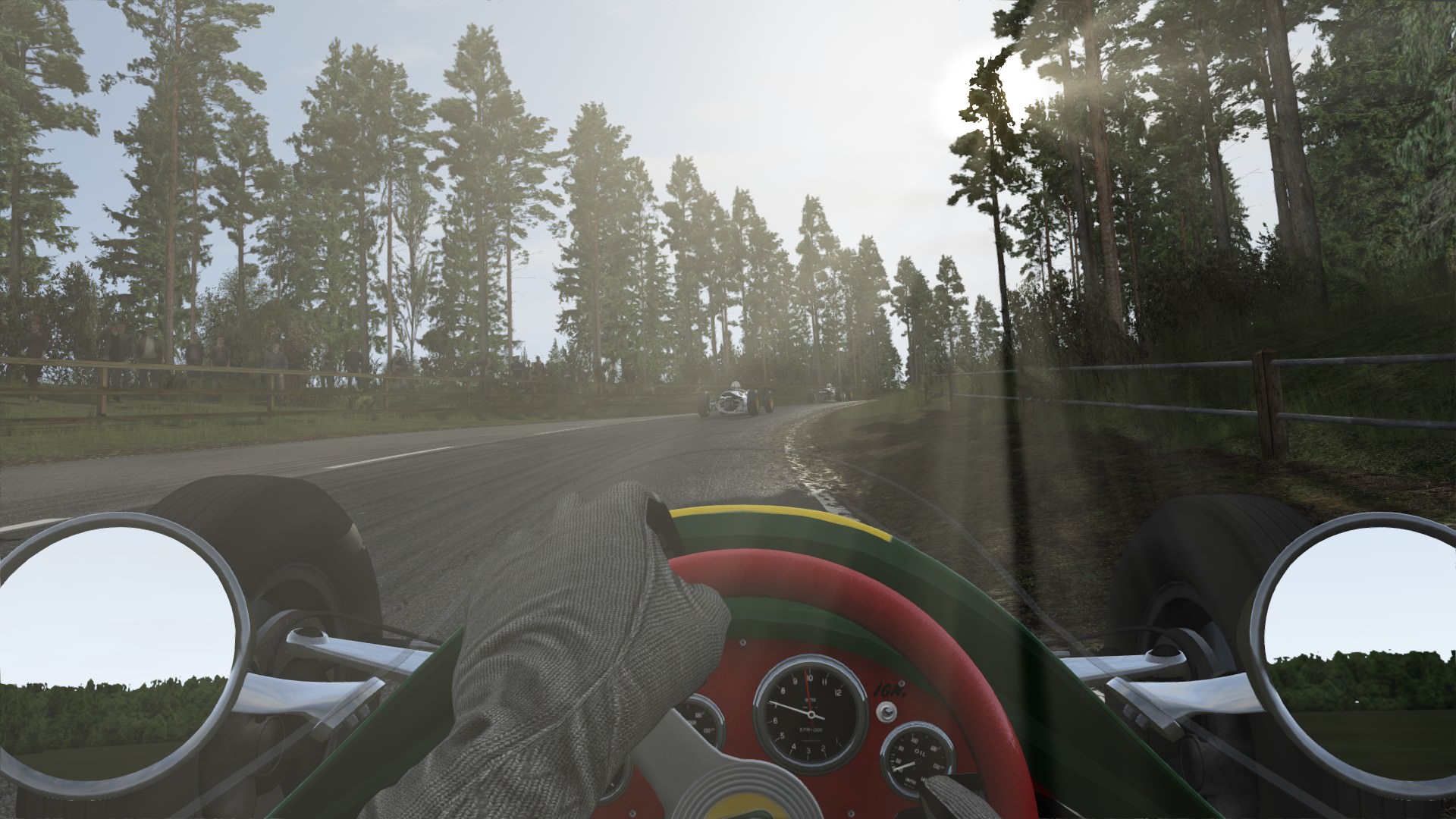 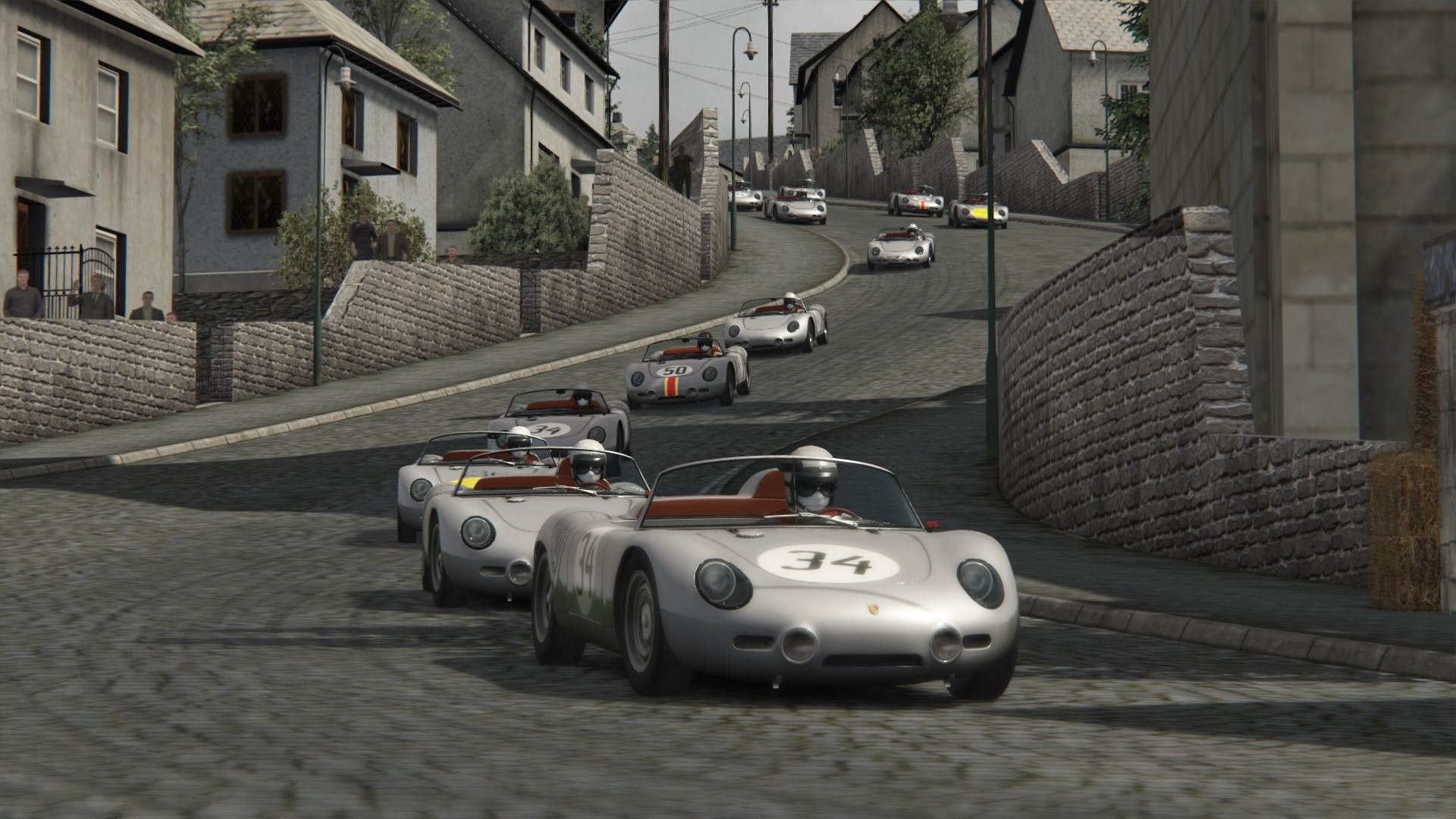 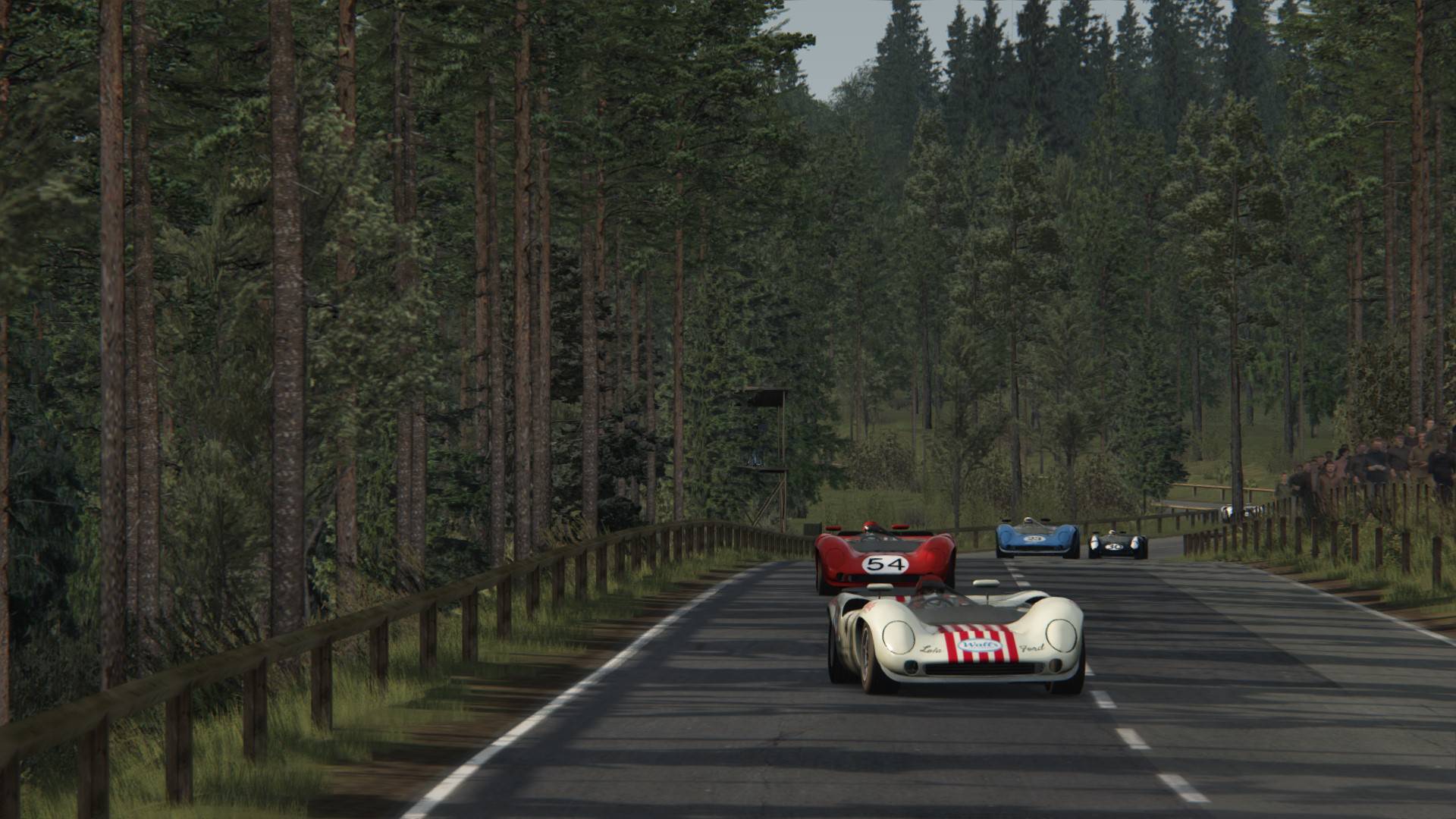 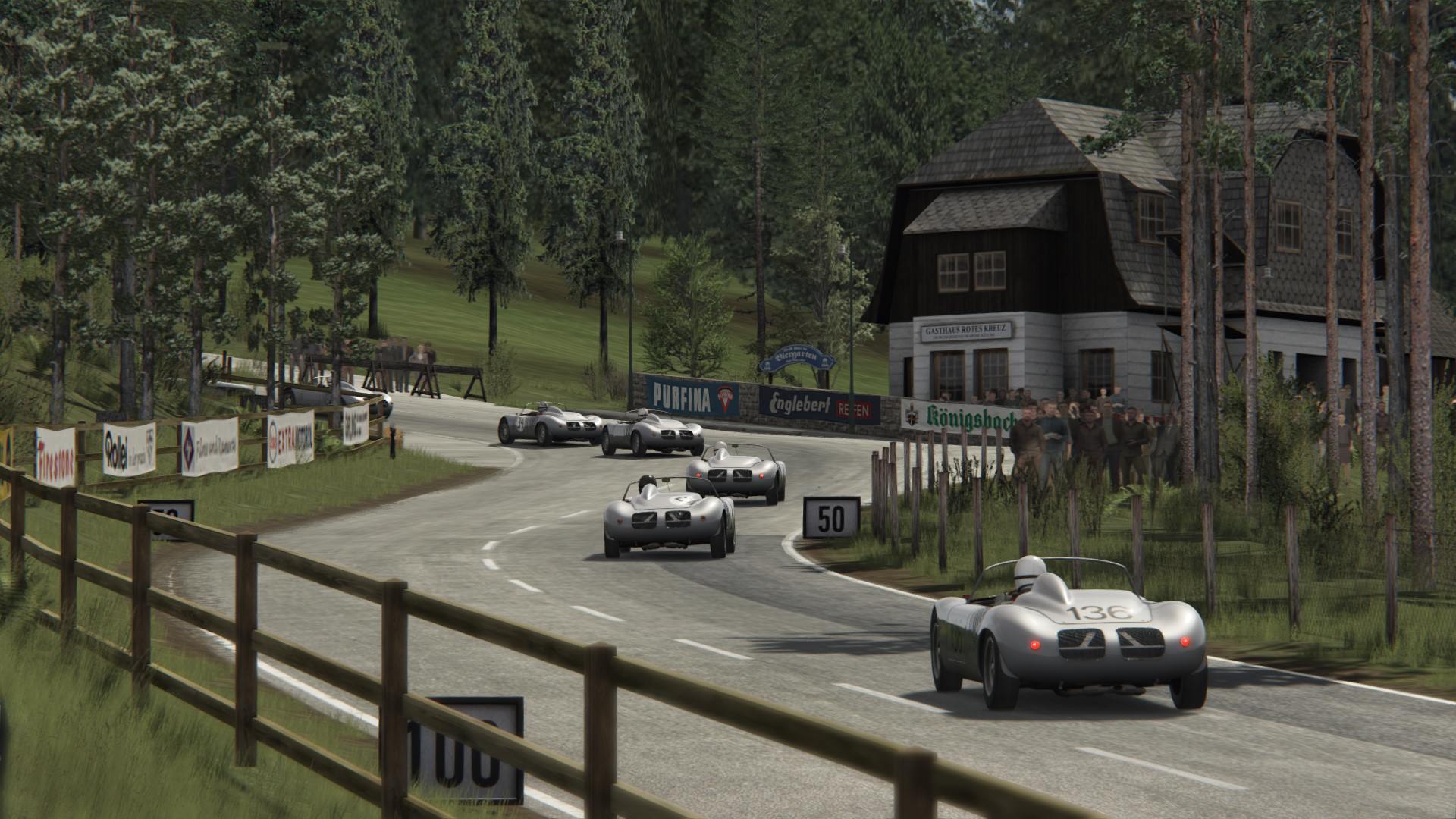 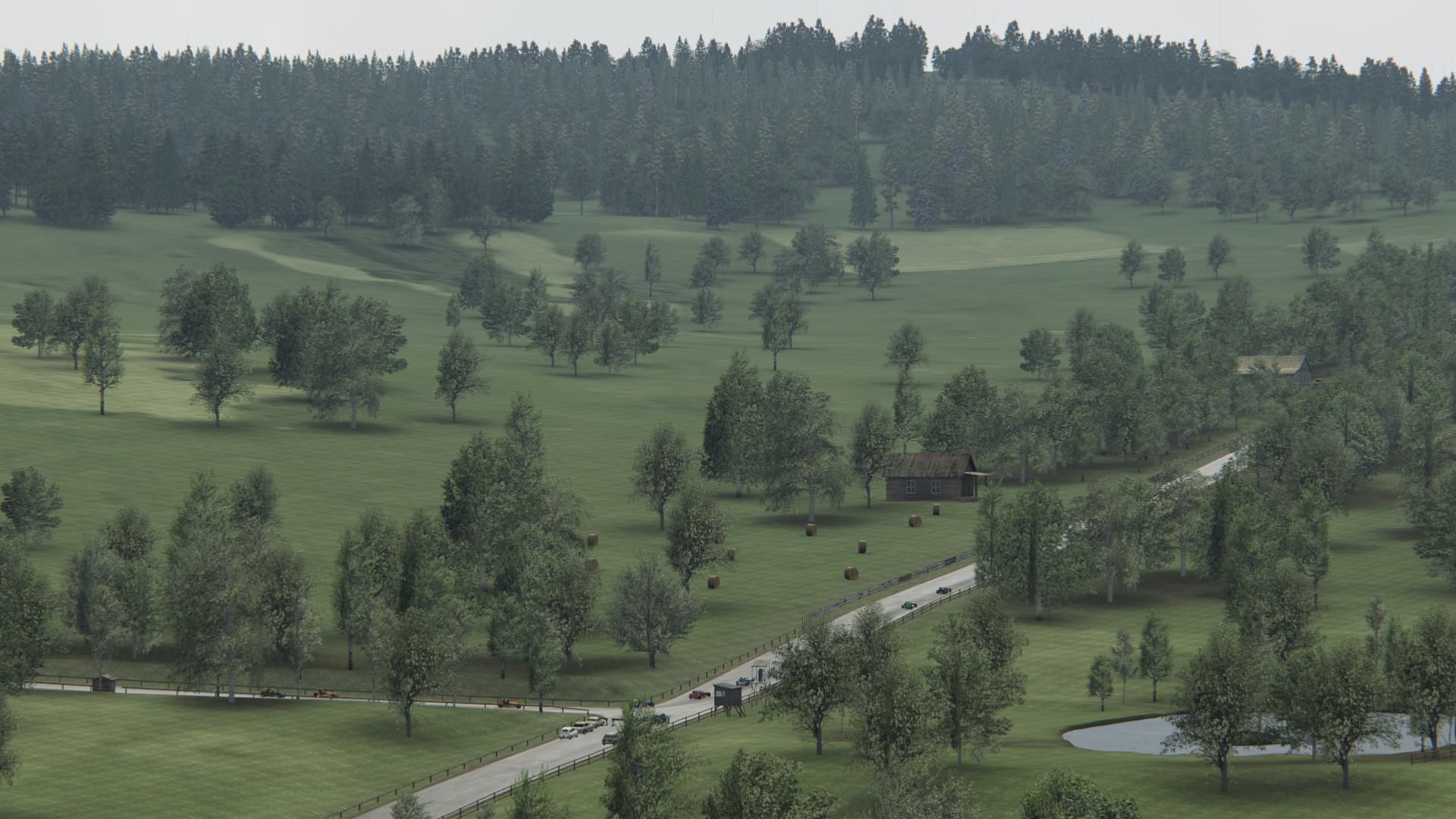 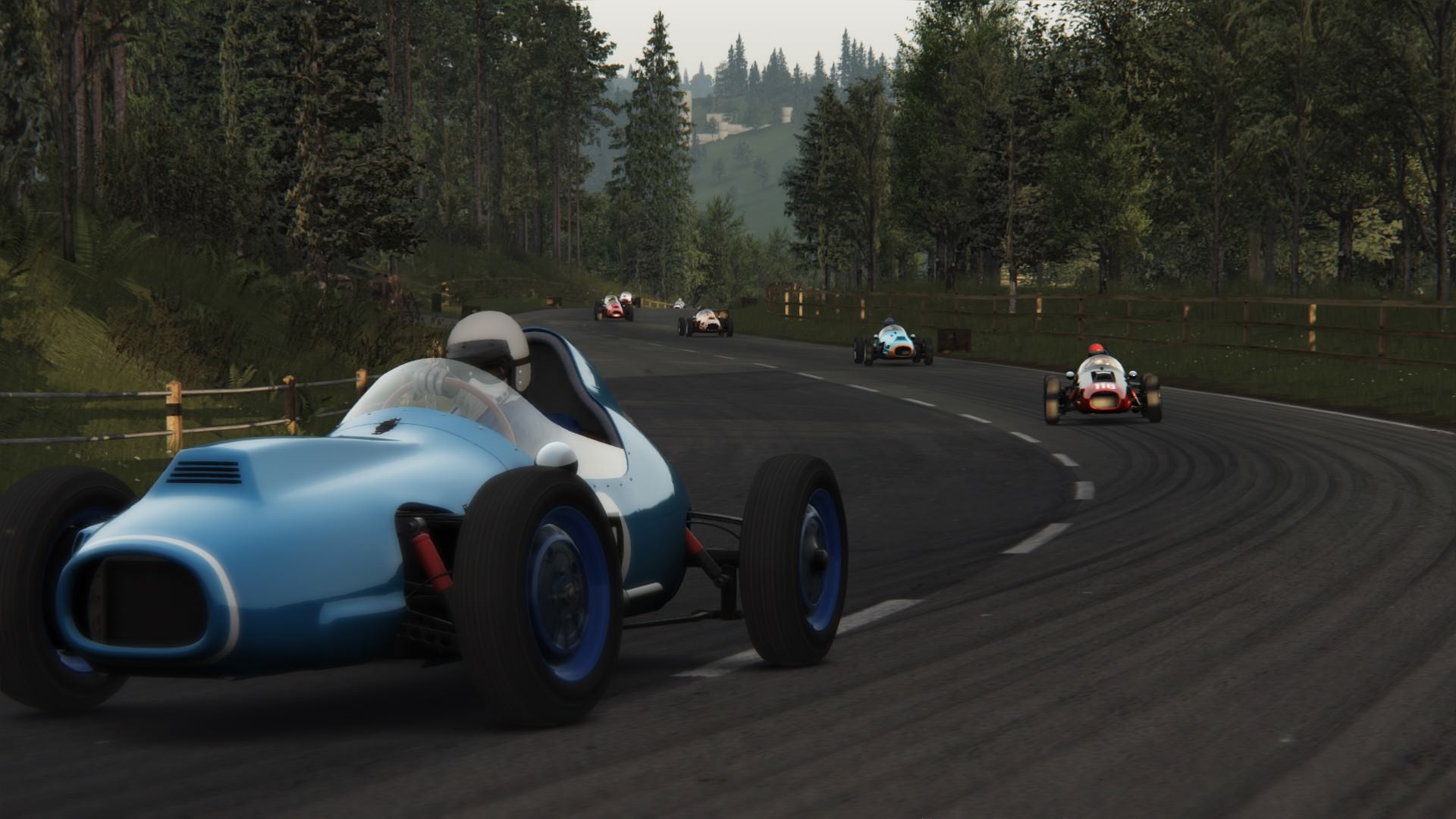 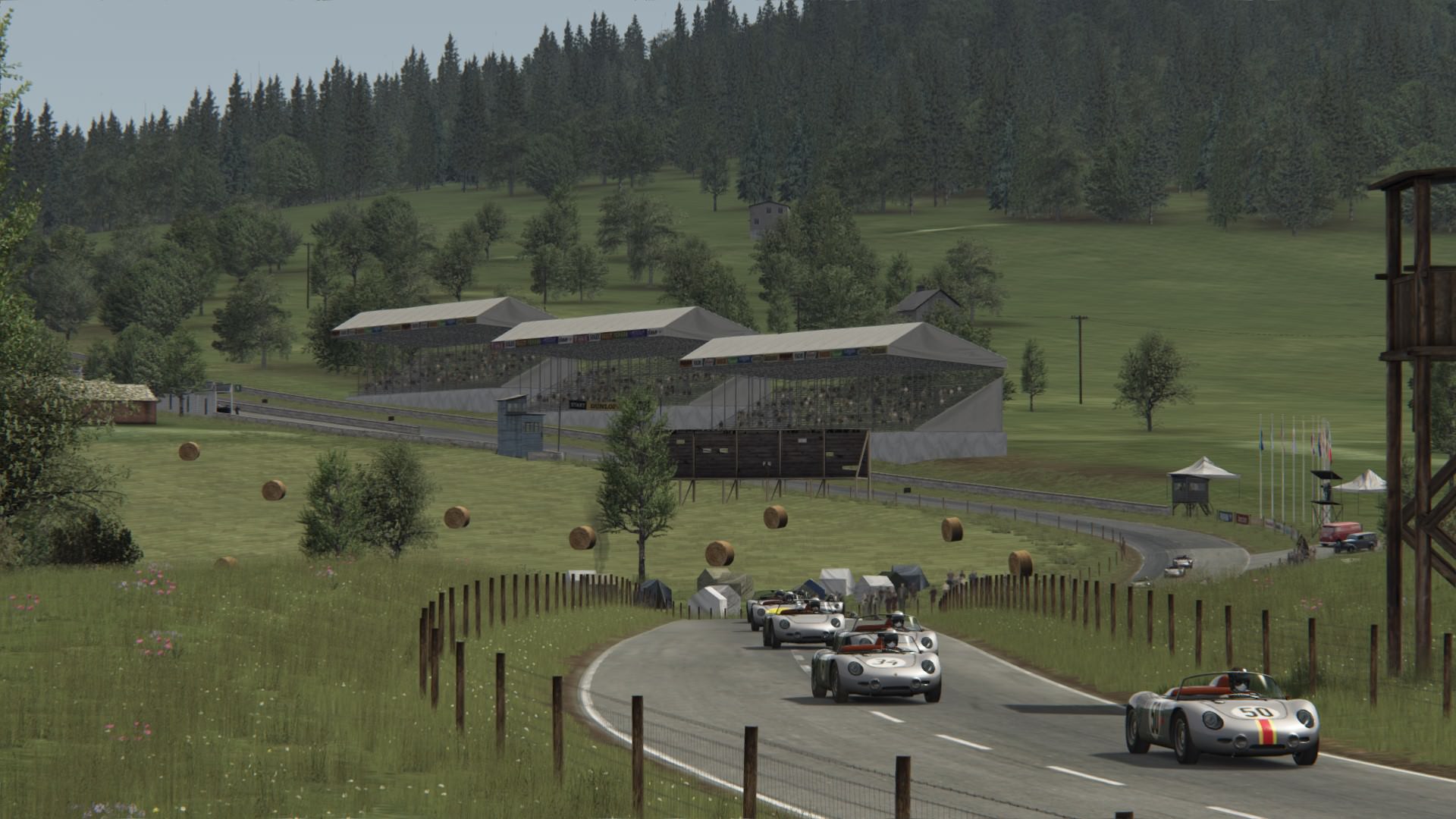 A big thank you to those members who helped with testing:
Hal4000, ALB123, Mascot, RMR1, CobraCat, aphidgod and gecco

Thanks to Hal4000 for creating the track sections.

Thanks to Lilski for his occasional advice (and charming personality)

And lastly, thanks to the AC community for its continued support of mods

Reactions: Chris Down, Interslice, pro_nike and 107 others

Another fascinating piece of racing history. I really appreciate the background information, and it also implies the amount of dedication and care put into recreating the track. Nothing says you can't race modern cars here, either. You'll feel like you are in a car commercial blasting through the village, and like a real hero waking everyone within miles up. There's a sleepy feel to the surroundings, with wonderful details like dead leaves invading the road. You'll find your limits soon enough. The track entices you to go fast and then throws in every kind of curve to make brakes screech in pain.
This track is superb with the Ford Capri in a 20 lap race. The car may be from the wrong era, however the track is a pleasure
This track is on another level! All of your tracks, really!
brilliant track
amazing
LOVE IT!!!!!!
Download it now, it’s a must have.
Absolutely amazing! 5+
Such a good track, I love it!

Thx so much <3
Wonderfull track, excelent modelling
Just superb !!
Awesome track, i love that road track, so much pleasure to drive on ! Thank you so much !
wow mega cool
A great piece of work on all counts. The layout's not unlike Bathurst in many regards and despite being a historic track it's fun in vintaege and modern vehicles alike, I can't recommend it enough.
thanks again
Very beatiful
Beautiful piece of work. Feels link I'm back in Germany - but better than driving the rental BMW. Great fun in the Singer. Thankyou.
muy logrado
True driver's circuit
Amazing Track- it's set in the 50ies, but well suited to the 67 F1 Cars as well- really gives me GPL 2.0 vibes!
Great track specially with older cars - you can spend hours learning the circuit. But so much fun!
A great track and a really good job on all levels. Thank you so much.
Incredible quality of work
Thanks for the incredible work. This is my favorite historical track!
I live near Oberreifenberg ,where the Track was. It is perfect! Thank you!

Fat-Alfie
Thanks for reviewing my track, and you are SO lucky to live there!:o
Super circuit good job, what is the blue car on the penultimate photo ?.