Log in to download, or make sure to confirm your account via email
Ask a question
Reviews (19) History
Here we go for the last IMSA 2019 skin pack!
The pack is fully compatible with the new UI and contains 16 liveries for various GT3 cars from Studio 397 that can be added to the game by buying two DLCs.

All the Audi R8 LMS skins were ported to the 2019 model, also there are two new skins in the pack: The yellow Turner BMW and the second Starworks Audi livery. 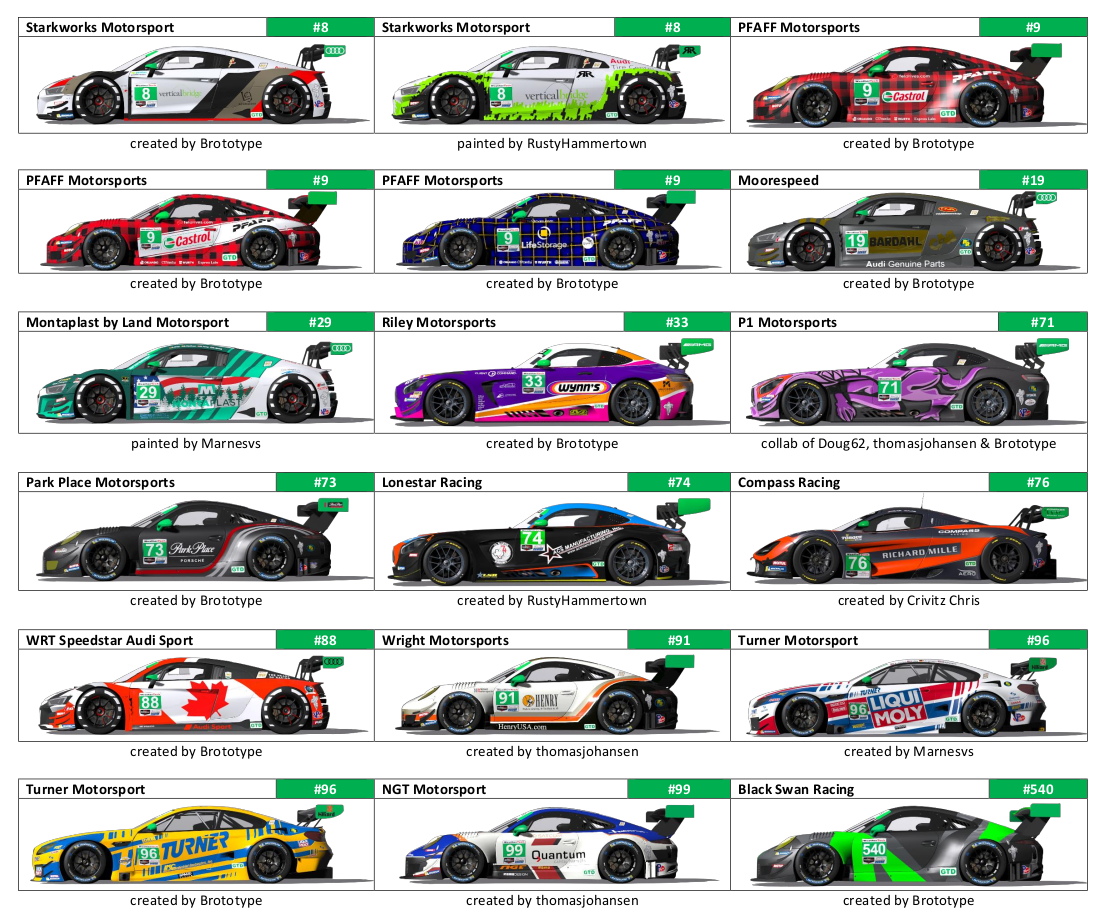 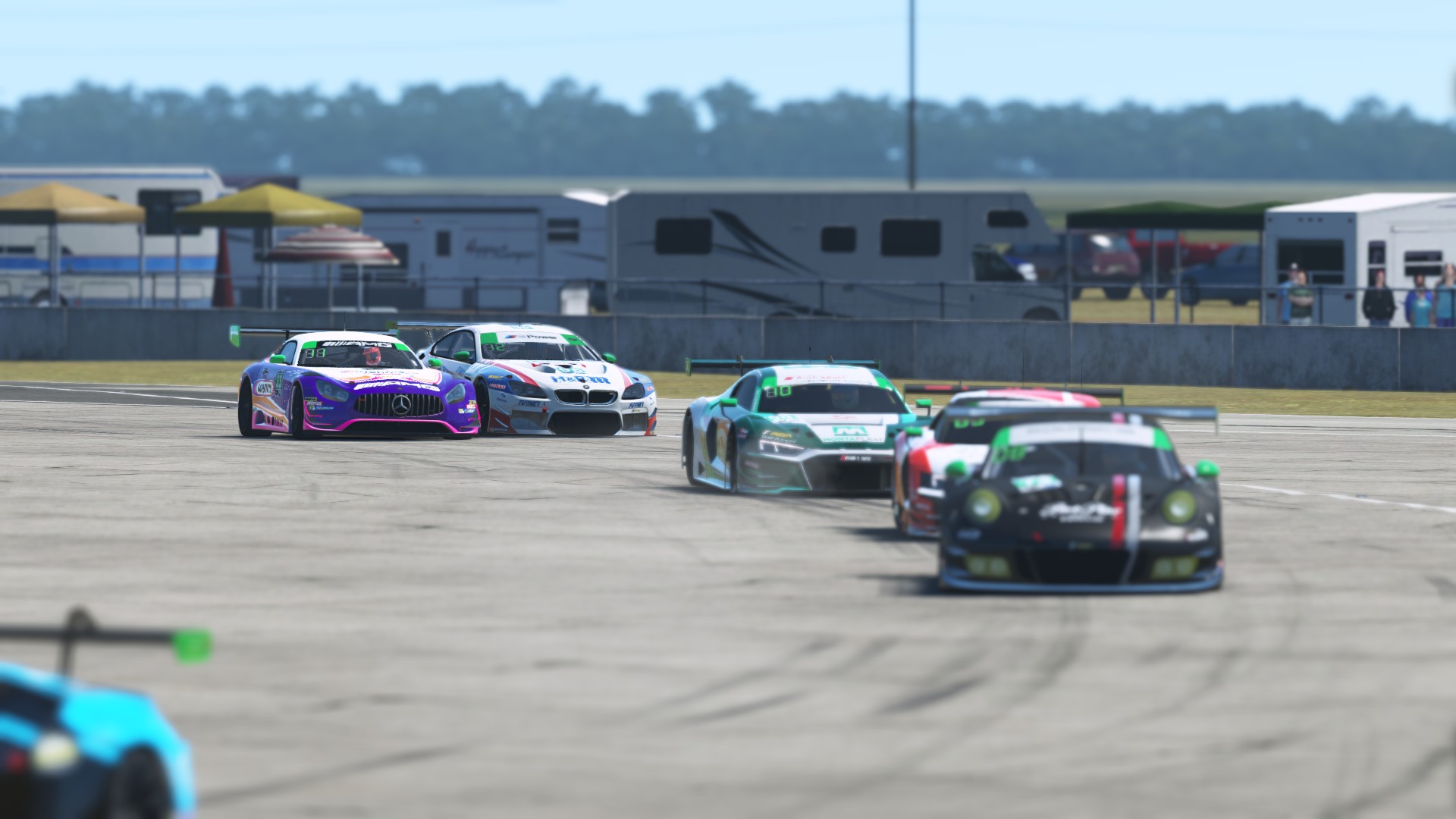 ​
Opponent filters:
Since version 1.1 this pack includes realistic opponent filters.
For each race of the 2019 season of the ISWC there's one opponent filter which only includes those skins that actually were part of the entry list.
The names of the filters are based on the hashtags that were used by the offical IMSA social media accounts.
Enjoy! 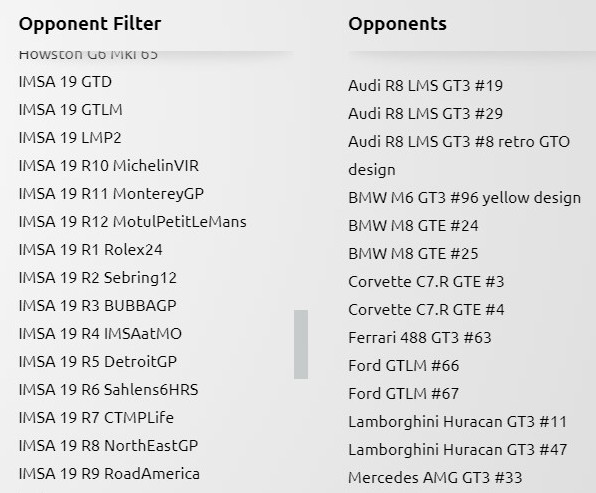 If you are looking for some DPi cars to fill up the grid further, there's a good mod out there by the Real Series Simulation (RSS) modding team. You can find it in the Steam Workshop over here.
Sadly there's no decent Lexus RC-F GT3 or Acura / Honda NSX GT3 mod out there I know right now.

Brototype
Will not happen to soon by me at least, sorry mate!
Upvote 0 Downvote
Thanks for the update, but please advise whether those that have already installed this mod need to reinstall due to latest S397 updates, thanks!

Brototype
Yes everyone should reinstall by uninstalling the RFCMP files and deleting them. Afterwards place the MAS files where they belong.
Upvote 0 Downvote
Just an idea, but maybe you could use the McLaren 650S as an Acura placeholder, some NSX skins have been done on that I think. Really awesome skinpack, got lots of fun with it!!