Log in to download, or make sure to confirm your account via email
Ask a question
Reviews (8) History
This is a skin pack for the GT3 World Series mod by SimTek.
The pack is fully compatible with the new UI and contains 8 liveries for the Ferrari 488 GT3 and the Lamborghini Huracan GT3.

Credits:
@Bostrom for painting all the Ferrari skins
@Thierry Warin for painting four of the Lamborghini skins for Assetto Corsa
@redapg for providing his rF2 online tools 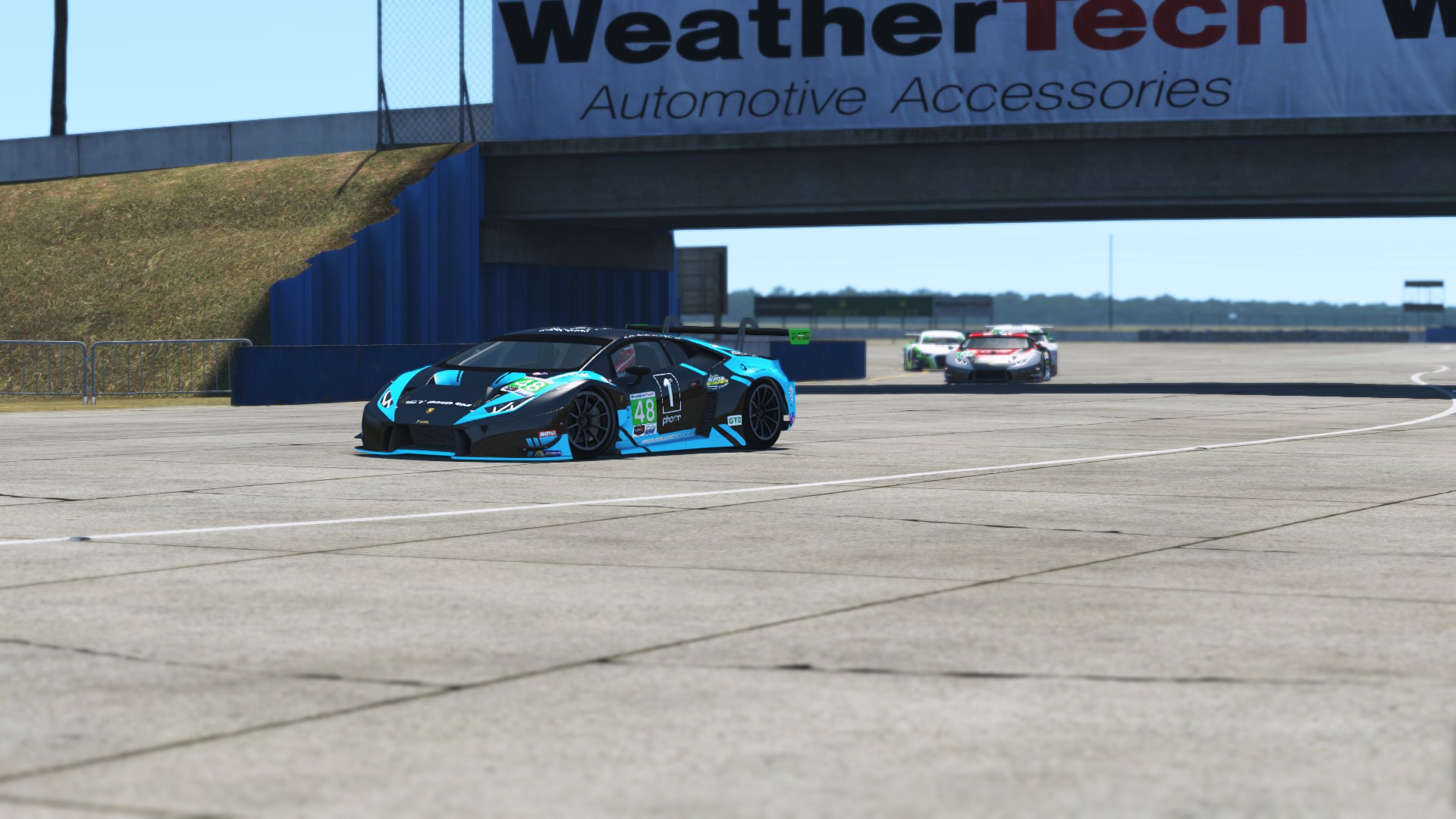 ​
Opponent filters:
Since version 1.3 this pack includes realistic opponent filters.
For each race of the 2019 season of the ISWC there's one opponent filter which only includes those skins that actually were part of the entry list.
The names of the filters are based on the hashtags that were used by the offical IMSA social media accounts.
Unfortunately SimTek cars aren't allowed to have so many classes so I needed to split up the full season entries into two different skins that are actually the same just with different opponent filters applied.
Don't mind the akward splitup of the two Lamborghinis. The teams were using different liveries in these races and when I might come back to paint them sometimes everything is set up already.
Enjoy! 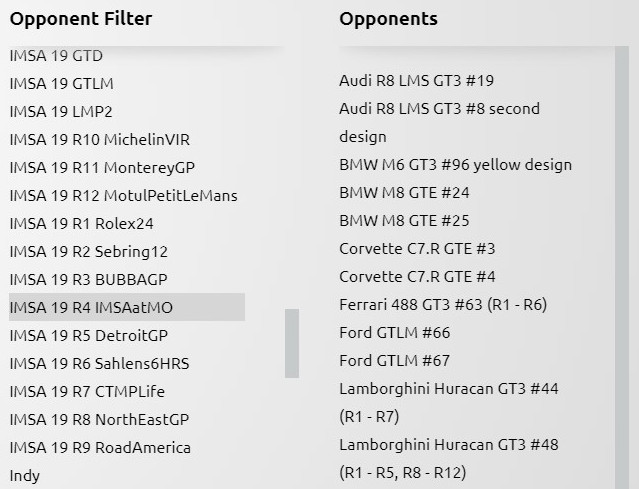 If you are looking for some DPi cars to fill up the grid further, there's a good mod out there by the Real Series Simulation (RSS) modding team. You can find it in the Steam Workshop over here.
Sadly there's no decent Lexus RC-F GT3 or Acura / Honda NSX GT3 mod out there I know right now.

thx
Upvote 0
Thank you!
Upvote 0
Great pack and thank you! However there is a problem with the Magnus Racing #44 Huracan. The R8-R12 car is showing up as white in game. I extracted and opened the Huracan_GTD.mas file from the 1.20IMSA folder and I think the dds livery file is missing.