F1 | Is Hamilton Past His Prime?

Ryann said:
He doesn't care about beating records? Of course he does, like every other driver before who had the potential, chance and ability to do so.
Click to expand...

LH has stated that he doesn't care about chasing MS record.
I can only take his word for it, and it wouldn't be a surprise at all if he retires while ahead like MS did 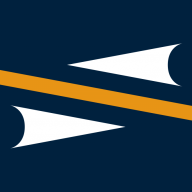 I thinks it is really weirid question to ask. 6 time WC winnig basicaly anything in past seasons woth no sign of slowing down, and is he beyond his prime ? Definetly not, i think we could ask this if he was 4th in standing mid-season with less wins than Bottas.
Reactions: asehauDLM, Wexodius and balage06 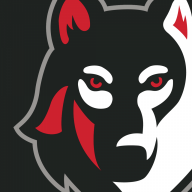 paracletus said:
LH has stated that he doesn't care about chasing MS record.
I can only take his word for it, and it wouldn't be a surprise at all if he retires while ahead like MS did
Click to expand...

You mean when Schumacher retired for the first or second time? He returned because he felt he can still achieve some goals, have more races, have more poles and have more wins eventually. He was proving something to himself and to others all the time. It is essence of the sport, to win and to be the best you can, especially at this level.

It wouldn't be for the first time, Hamilton is saying something else than he actually thinks. It's just an attempt to lower the pressure on himself if anything goes wrong.


This Post is sponsored by Nico Rosberg.
Reactions: snyperal and InsaneOzzie
B

Lmao, dude has won the past 5 of the past 6 world championships. This is just hater bait.

No he should stop before he gets his 7th
M

No he isn't, considering that he is the reigning champion.

Your "argument" is invalid.
Reactions: Wexodius

As long as he sits in the most dominant car F1 has ever seen I don't see why he should be past his prime? He's still one of the fastest on the grid.
Reactions: Sasha Jednak and pitkin 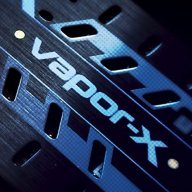 I would say yes, he is past his prime but he still is very very close to it. And even though im saying he is just past his prime, I still think he is the most complete driver of the grid due to his unmatched consistency.
Now, why I say he might be slightly past his prime is his qualifying performance in the 2019 season. Lewis has the same amount of pole positions as Bottas and while he still convincingly beat Bottas in the overall quali battle, it is rather surprising that he did not have more pole positions when the car was capable.
But we also have to give big credit to Mercedes obviously, they are creating that dominant car, they are allowing Lewis to win the championship, it is not just the best driver winning, it is also the best team winning.
Max might just be slightly faster in raw pace but Max's driving style is still very immature, he always takes the most aggressive action and unless he has a dominant car and a weaker teammate, I do not see him winning Championships. But history says, the dominant car always wins anyway, so you can kind of question if the driver even matters that much. I mean tell me the last time, somebody not in a dominant car won a championship. We can only be hope that there might not be one dominant car in a season.
Reactions: InsaneOzzie

His consistency is incredible. I think he can keep up with the rest of the field for several more years.

As an athlete, he also pays attention to his personal health and fitness as well. That is why I believe that he can race competitively until at least his 40s.
Reactions: WPxNJ
P

Considering the Vegan Sneakers he released, I would say he is on the cutting edge. Soon enough, he will have the human breast milk market cornered in Africa. What's next for the world's fastest man?

IS PAUL JEFFREY'S CAREER OVER???
(Of course not...but it's a question almost as ridiculous as this thread's question about the reigning 6 time WC.)
Reactions: Enthilzha, Wexodius and eetcake 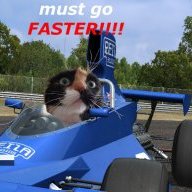 Yasko said:
Haters will say yes. The man just won the world title. What kind of question is this?
Click to expand...

I'm a hater, but I agree with you, daft question as I think Hamilton is as strong if not the strongest he's ever been at the moment.
If anyone's past their prime, I'd give that to Seb.
Reactions: Wexodius and BP

This article what? He has the car/talent to beat Schumacher's 8 WDC.
P

As long as he's in dominant vehicles with mediocre team mates, it doesn't matter.
Reactions: Sasha Jednak and mmmarac

Personally I have never liked Hamilton, but as long as he keeps winning GP and championships the question is self answering.

...but in a technical money driven sport there are other factors that determine who has a chance at winning GP and especially championships. Some will never get the chance to show their talents, while others may be overrated. Of course if talent meets money and superior technology - with a little luck sometimes thrown in - you’ll have success.

Still don’t like the guy nor think he’s good for the sports in general, like some champions in the past he’s got the cards stacked in his favor, unfortunately that is part of the package that makes F1 (imo) generally boring. He’s not unique in that sense, it has been like that for at least two decades.

That said there is no mistake he’s very talented, intelligent and of course experienced.
Last edited: Jan 12, 2020
Reactions: Sean
E

RACEDEPARTMENT | Who are we to judge?
S