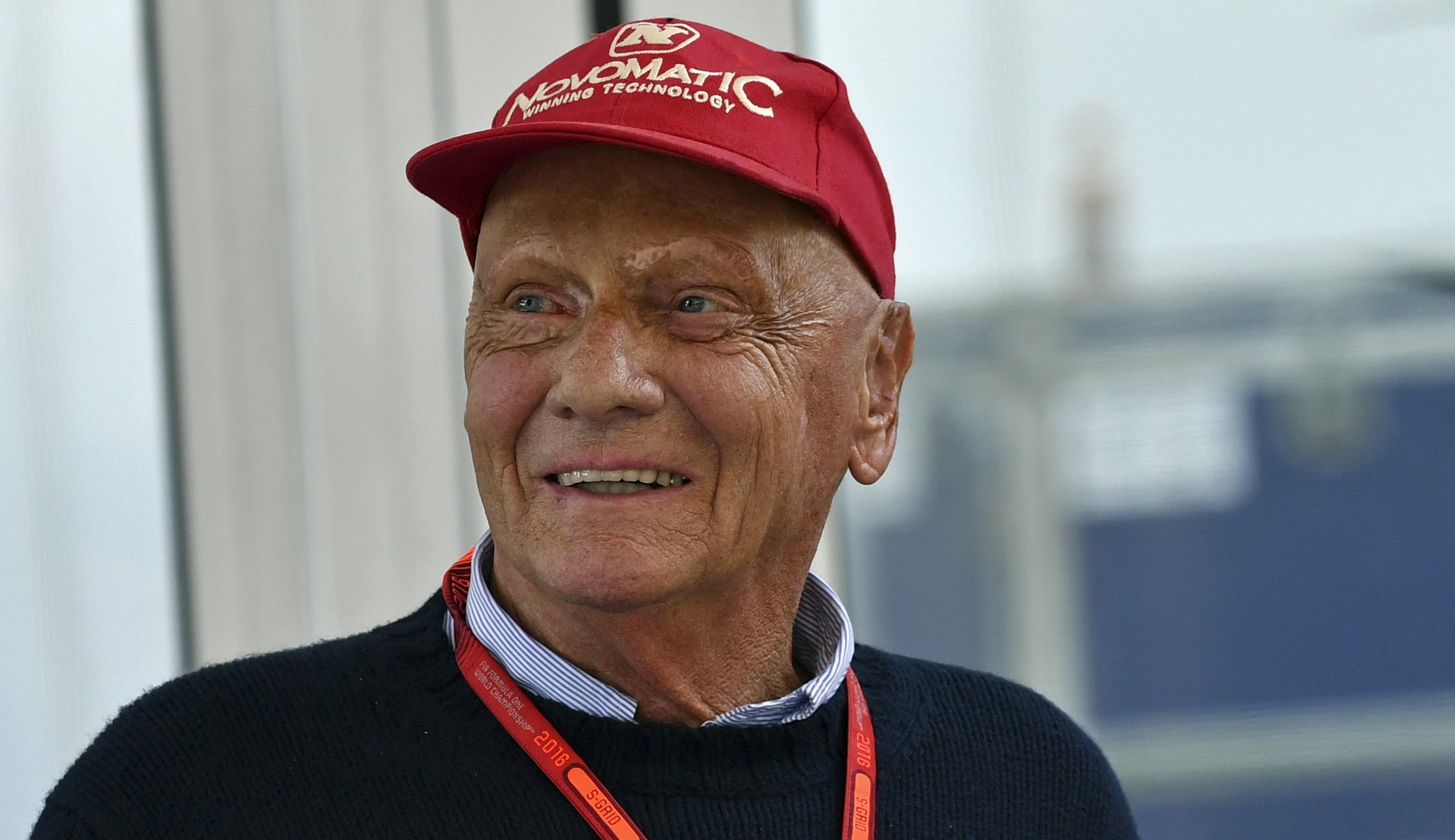 Niki Lauda has passed away eight months on from lung transplant surgery.

Three time former World Champion and AMG Mercedes non-executive director Niki Lauda has reportedly passed away on Monday night according to his family.

Recovering from lung transplant surgery in Switzerland, Lauda apparently lost his fight for life peacefully in his sleep on Monday evening.


"With deep sadness, we announce that our beloved Niki has peacefully passed away with his family on Monday,” the family said in a statement, according to the Austrian press agency. "His unique achievements as an athlete and entrepreneur, his tireless zest for action, his straightforwardness and his courage remain. A role model and a benchmark for all of us, he was a loving and caring husband, father and grandfather away from the public, and he will be missed.”
​
Lauda was known as a straight talking and controversial figure in the F1 paddock, a man never short of a soundbite when speaking with the world media, and someone who garnered great respect from teams, drivers and fans alike.

RaceDepartment offers its sincere condolences to his friends and family at this sad time.

Very sad news. It was only yesterday evening when I was reading his to-the-point answers in F1 magazine (February 2018 issue) and laughing at his straight talk. What a legend... Rest in peace Niki.
Last edited: May 21, 2019

Niki Lauda was above all a great champion with three titles and one of the smartest F1 drivers ever.

Such a sad day, truly one of the greats.

One of my few national heroes. RIP Nikki Nationale.

Pure legend and one of the bravest..RIP.

Rest in Peace. The Peoples TRUE champion of all Times. You will be missed by all.
M

3 times world champion in this period.
Big respect.
Rest in peace with all the other great pilots like Clark, Petterson, Rindt, Senna, Siffert, ......
Last edited: May 22, 2019

A true legend both on and off the Track, stay fast Nicki.

A gentleman, a legend. I'm sure he will be missed by those all involved in F1, my thoughts go out to his family and close friends.

I think we'll all miss the say it like it is, bullshit free zone that was Niki Lauda.
J

His name was the first F1 driver name I was aware of. Not Senna, nor Prost. It was Niki Lauda.

So many legends has passed on to the heaven leagues. I saw Laudas face here and before i scrolled down i suspected the worst... Rest in peace, legend.

A true Icon in Motorsport, will be missed by Generations,
from when he Raced to his management roles now.
One of the great Legends that inspire
To come back harder and stronger for something that you love.

Becoming World Champion in 1975 and 1977, and then returning from retirement to win again in 1984, in itself placed him up there with the greats. But it was what he did in 1976 that made him a legend.

What a sad sad moment to hear the news on radio this morning.
Being an Austrian, and fascinated by those old long gone days of F1 of yesteryear, I naturally was one big admirer of "Niki Nationale" how he was commonly referred to here. He also was father to two ~10 year old twin daughters, makes it all the more saddening.
My sincere condolences to his family

I always put Lauda on the list of the best drivers of all time. The 1984 F1 Championship crowned his career and showed how big he was. His voice did help improve safety on F1 circuits. R.I.P.

Like many others already said, a TRUE Legend, a fighter and an
inspiration for so many. Definetily on par with Senna, Prost, Fangio,
Schumacher, Hamilton, Piquet for the greatest of all time in F1.
RIP Andreas Nikolaus Lauda

personal note: I feel slightly unconfortable with my "name" now so that i
would like to change it out of respect. If that's not possible i'll take a break
from posting here very likely. I don't know.
You must log in or register to reply here.

Lauda Back in Hospital