Studio 397 have deployed a new build update for rFactor 2 - adding many fixes, tweaks and improvements to the simulation.
Studio 397 have been pretty busy of late, and today some of those labours have seen the light of day with a brand new build hitting the public version of the simulation - adding many fixes and improvements to the title in a number of key areas.


As rFactor 2 strives towards making the new UI the default interface choice for the public build of the simulation, Studio 397 have released a new update today with many tweaks, improvements and fixes to how the UI operates within the game - again taking another step forward in what is a considerable overhaul to the way the simulation looks, feels and functions when loading into the sim.

Other notable changes within the new build include a reworking of many broadcast overlay features, substantial updates to the documentation available to modding teams, additional wheel profiles, graphical tweaks and multiplayer fixes - the full details of which can be seen in the change log below: 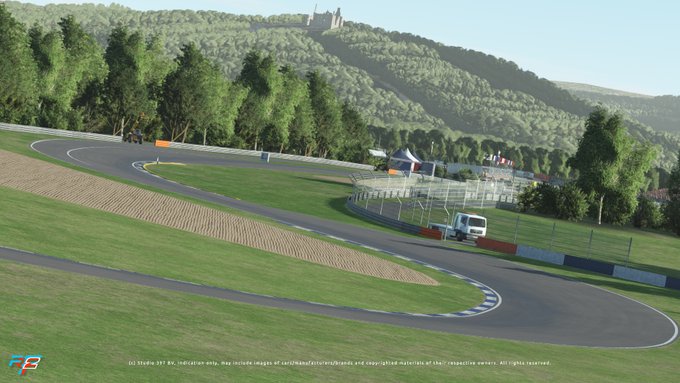 rFactor 2 is available exclusively on PC, via the Steam network.

Want to get the best from your rFactor 2 experience? No worries, head over to the rFactor 2 sub forum here at RaceDepartment, start up a new thread and let the community help you out! 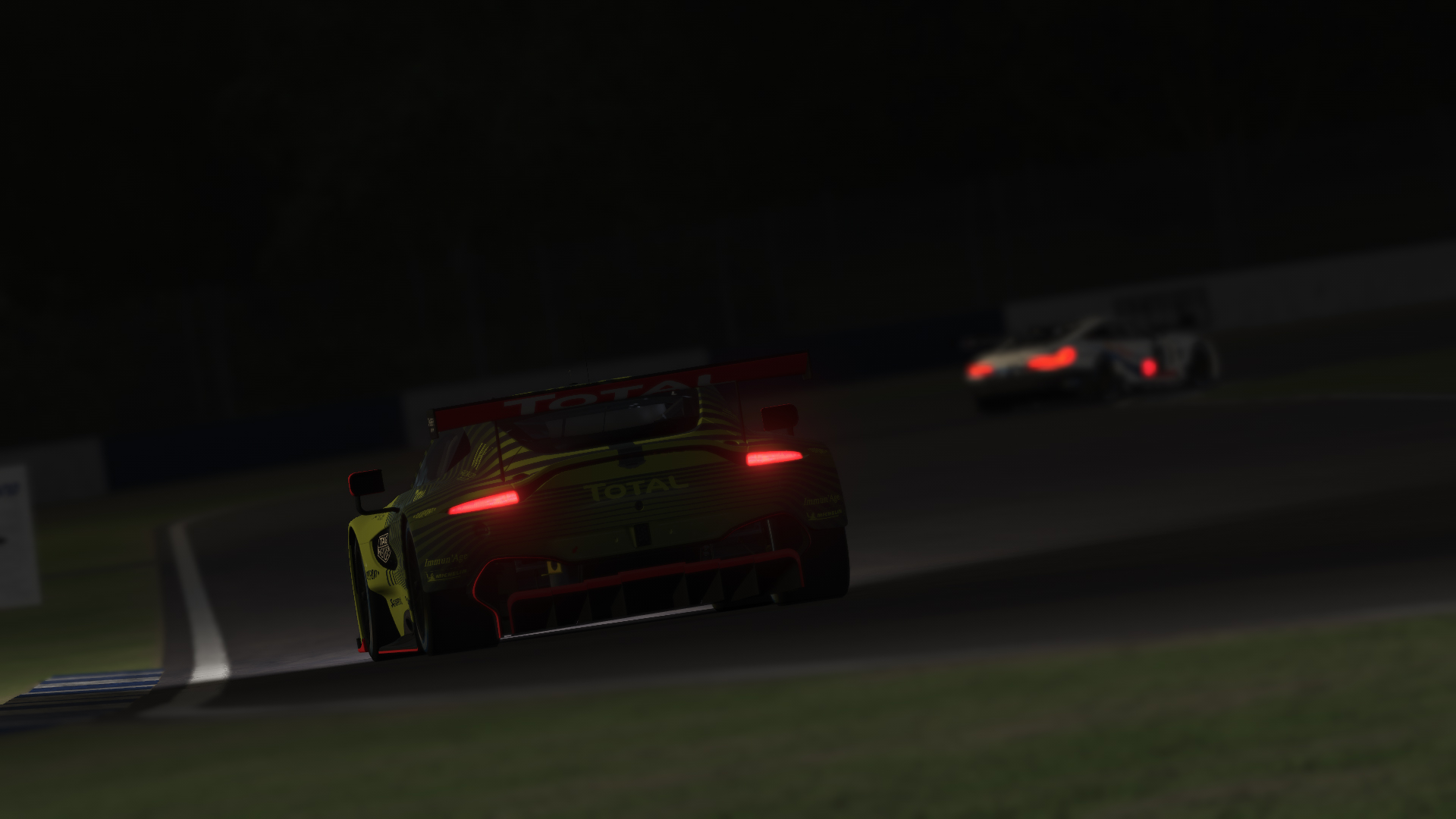 Should the nickname be one name or two? Dave Henrie or DaveHenrie?
Upvote 0 Downvote
C

Hopefully ai is on the way. It is getting worse.
Upvote 0 Downvote

i mean ams 2 has a bigger changelog in one of its weekly updates, sorry just done with this title its pretty much a dead offline sim now.
Upvote 0 Downvote
M

It's certainly not the place to go to online for pickup games. A league I am in uses it and I have to say that it's performance in VR is pretty good. Some time back I had completely given up on it.

It can look fantastic in VR with the right tracks. If only the clock could get wound back a little bit and modders/track makers jumped in with what it can do today and it would be great.

I hope it gets more community attention.
Upvote 0 Downvote
B

mrbungle83 said:
old UI surely is old enough to be referred to as ye olde UI
Click to expand...

LOL, I know what you mean, but did you know the old UI was actually the third one?
Upvote 0 Downvote
B

and the old UI is still an improvement on the new UI... we should refer to it as "Vintage" UI
Upvote 0 Downvote

Twice now I have downloaded the free "Demo"on Steam and I have been unimpressed, usually deleting it after about an hour of game play. Has the full release significantly improved from the demo???
Upvote 0 Downvote
B

What didn't you like in the demo? for $37 CAD rF2 is a very good deal even if you don't play the MP.
Upvote 0 Downvote

Sally71 said:
i mean ams 2 has a bigger changelog in one of its weekly updates, sorry just done with this title its pretty much a dead offline sim now.
Click to expand... 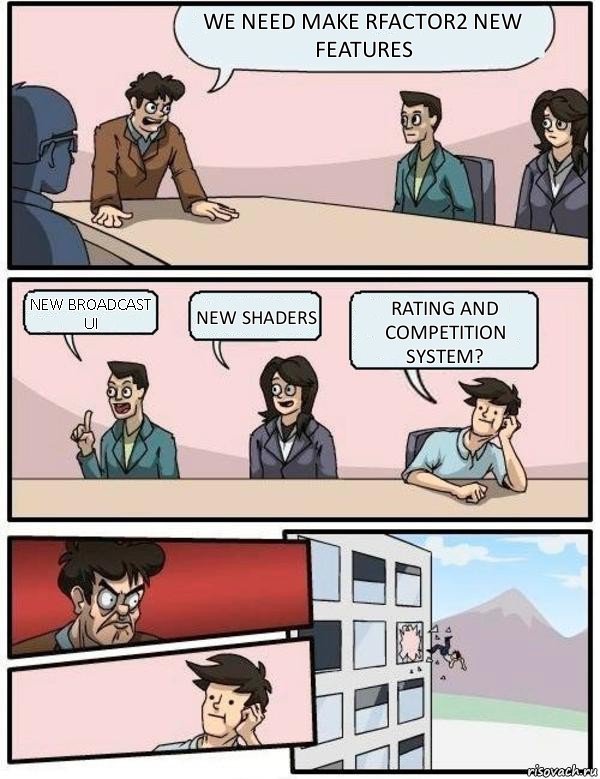 Cheesenium said:
Hopefully ai is on the way. It is getting worse.
Click to expand...

It was told several times, ui and competition/mp first. Because of that I doubt there is something fundamental arriving soon. Perhaps in 2022...?
Upvote 0 Downvote
C

Sally71 said:
i mean ams 2 has a bigger changelog in one of its weekly updates, sorry just done with this title its pretty much a dead offline sim now.
Click to expand...

I guess the game is on a different part of the life cycle compared to AMS2.

In some ways, AMS2 is still in development as there are still a lot of changes that need to be added. rF2 is sort of "completed" and it seemed like it is mostly maintenance work for them. R3E is the same, mostly a patch here and there recently. Not much changes despite R3E is a by far more complete game than rF2.

rF2 really needs more work, there is no denying on that. It is so basic in a lot of ways.
Upvote 0 Downvote
C

fireballr18 said:
It was told several times, ui and competition/mp first. Because of that I doubt there is something fundamental arriving soon. Perhaps in 2022...?
Click to expand...

UI took them 2 years to finally deliver. I guess 2025 if they are still around.
Upvote 0 Downvote

If I look back and compare what rf2 was 4 years ago and what it represents today its clear to me that Studio 397 made a decent progress with this title.
Looking forward to what is coming in the future
Upvote 0 Downvote
F

Cheesenium said:
UI took them 2 years to finally deliver. I guess 2025 if they are still around.
Click to expand...

It's still not delivered
More realistic is 2025, right

I wouldn't hope for it.
Upvote 0 Downvote
You must log in or register to reply here.