WRC 10 Announced - And it looks awesome! 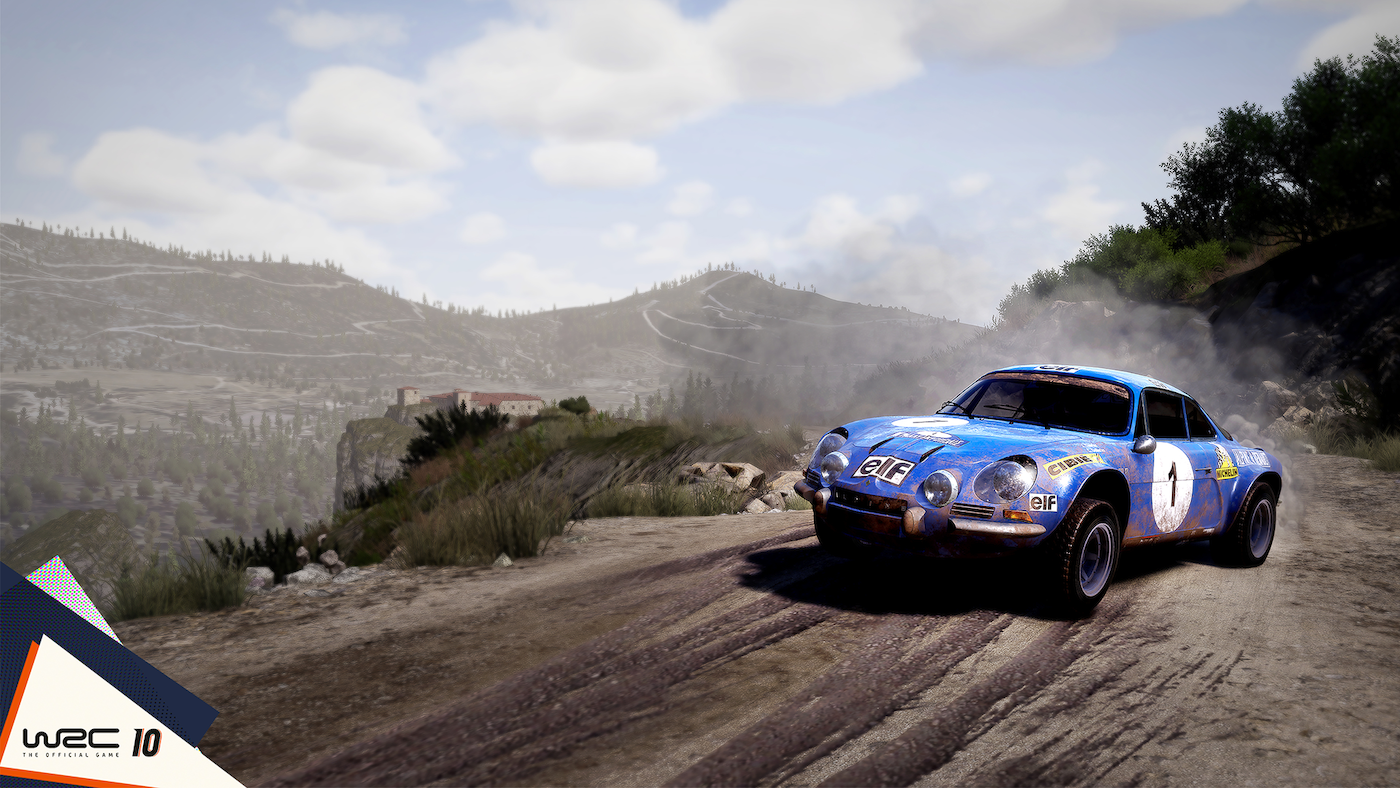 WRC 10 has been announced. New features, next gen console support and more. The developers are keen to build on the success of the previous title.
Ok, maybe my excitement is a little biased as I am a huge fan of WRC 9 and rally games in general, but the last iteration of the World Rally Championship simulations was really quite good. I've mentioned in previous posts that I hadn't been terribly convinced by the WRC series of games before, but, something changed in WRC 9. I heard some good things about it from people I trust so I decided to give it a go, and yeah, I was very impressed.

I have put a ton of hours into the career mode on WRC 9 but as is the case with most titles which follow a yearly cycle the content can get a little tired, so you can imagine my excitement when I saw the news regarding the latest edition in the series. I had heard rumblings that WRC 9 was potentially the last WRC game to be made by KT Racing and frankly I was a little upset as I felt they had finally found a winning formula so I am glad to see they are still in place for the time being.

So what's new in WRC 10? Well from the trailer it looks like there is a certain emphasis on historic rallies and cars, the promotional website also states:

"the introduction of a retrospective mode, which allows players to relive 19 events that have shaped the history of the WRC.

The historic events include Acropolis Rally and Rallye Sanremo, which can be driven in the cars that have defined the WRC, from the Alpine Renault A110, through to the Audis and Lancias of the Group B era, the Subarus, Toyotas and Mitsubishis of the nineties, up to the current generation of cars from Hyundai, Toyota and Ford" 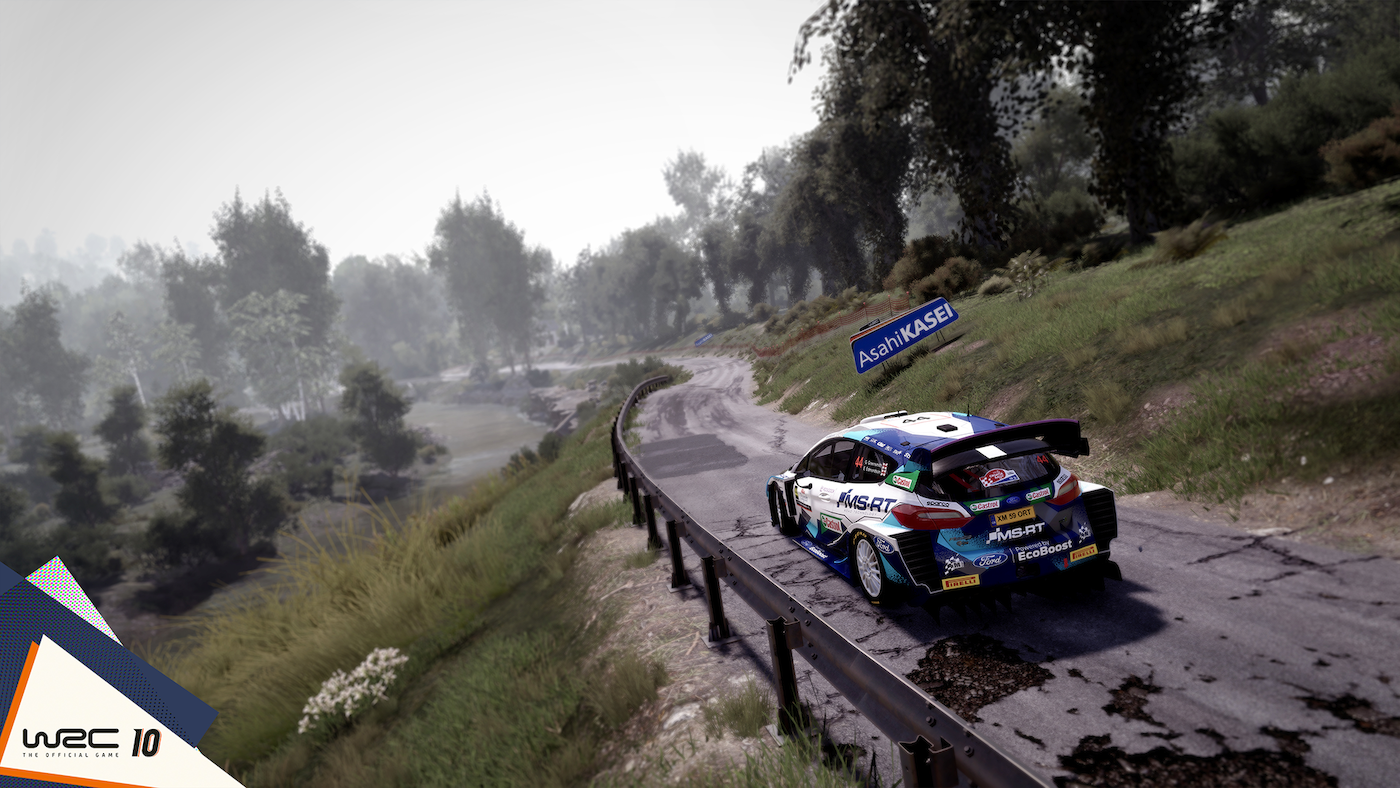 As well as the historic cars there is of course all the latest machinery and environments you would expect. All the rallies from the 2021 season will be featured in the sim (And yes I am calling it a sim because, well, it is). My hope is that they double down on the realistic physics as the cars can feel absolutely sublime with a little tweaking of your wheel settings.

My favourite piece of news though has to be the development of the career mode. This year it appears that players will have the chance to create their own teams and liveries. This excites me greatly, this will add a new dimension to the game mode which was already pretty strong.

WRC 10 launches on September 2021 on PlayStation 4, PlayStation 5, Xbox One, Xbox Series X|S and PC. Nintendo Switch will follow at a later date.

Check out the trailer of WRC 10 here:

Full disclosure - No, this is not an advert. No, we didn't get paid to say nice things, hell, we aren't even on KT Racing's mailing list. This is just an excited little boy excited about his new rally game that's coming soon. Thanks.
Reactions: gamma123152, Hitm4n, iG_ADVM and 29 others
About author

Considering the jump in quality between WRC8 to 9 and that people actually argued between the realism of physics of WRC9 to Dirt 2, im quite interested in seeing what comes up.

Dr. Death said:
Considering the jump in quality between WRC8 to 9 and that people actually argued between the realism of physics of WRC9 to Dirt 2, im quite interested in seeing what comes up.
Click to expand...

Yeah honestly that is what caught my interest too, when people were saying it was on par if not better than dirt rally 2 I knew I had to give it a go. The tarmac stages are amazing in 9, the 20+ km Japan stages are so much fun.
VR ?
If they finally added some important features, I would buy it. This would include VR and motion support. If not, then they can keep it for themselves. Oh yes, and the most important thing would be a significantly better engine sound.
Still no VR......
Ypres Rally?
looking forward to WRC09 on steam in autumn, still only halfway through WRC08 career, so no need to hurry and grab wrc10. seems a pity that just as Kyloton have hit their stride, Codemasters will be given the WRC rights in the near future and all Kyloton's efforts will go ... where?
However, these historic cars look a bit bland to me, compared with the same cars in Dirt Rally 2.0.
Last edited: Apr 14, 2021
What is the overall consensus about the WRC series relative to the Dirt series?
My last real full-time rally sim was RBR.
I may want to give this a 'go' when released depending on your feedback.
I've largely skipped rally titles over the years...with the last one I tried being Dirt Rally.
It was absolutely horrible...so bad in fact, that I refunded it in exactly 35 minutes after it loaded.
The cars felt like somebody was constantly loading and unloading a 'ton' of bricks in the trunk whenever you got on or off throttle.
There was no sense of inertia.
I have been reluctant to try anything in the Dirt series after that experience.
No VR, no buy
Quite ridiculous that they still don't include VR. This is always a clear indicator for me that they are not really serious into simulation but cater more towards arcade.

Well I can wait for a true Rally sim - even if it is taking 10 years. In the meantime I massively enjoy circuit racing and "rallying in real life on two wheels" (downhill mtb). When I am too old for downhill racing I am pretty confident there will be a proper Rally sim
This is some great news as I'm only ever interested in historic cars in sim racing, so this has got my interest for sure. Only real reason I avoided the earlier titles since the first one came out they seemed focused on only current WRC.

Ypres rally will be there.
We don't know if Rally Greece replaces Chile.
No information regarding Artic Rally Finland.
Germany,Argentina and San Remo will be included in the game despite their absences from the championship.Two other historic rallies must be added.
Croatia,Estonia and Spain will be new.Sardinia should be the same rally as in WRC 9.
What's even more ridiculous with this software calling itself a "simulator" while not having a real-time telemetry API via shared memory for buttkickers or motion rig to work like ALL other decent sims. {shaking my head in disbelief}. Does WRC 9 natively supports Fanatec DD wheels?
Last edited: Apr 14, 2021
I always felt the typical arcade atmosphere in the WRC titles, when you're in the plaza, insert the coins, sit in the vibrating, moving seat and enjoy the ride. It reminds me RalliSport Challenge (2002).

Stylefilter said:
I always felt the typical arcade atmosphere in the WRC titles, when you're in the plaza, insert the coins, sit in the vibrating, moving seat and enjoy the ride. It reminds me RalliSport Challenge (2002).
Click to expand...

I have to admit there is an element of that still, but the driving experience far outweighs the little graphics at the start of the stage etc.
WRC9 was great, this series has earned the right to be discussed alongside the Dirt Rally games, and it's a shame they are losing the official license really. I'll almost definitely pick this up, and glad to see it will be on Steam day one. I'm a primarily VR racer too, but the lack of it isn't going to stop me playing a good game.
Honestly, some of the elitism displayed in this thread makes me cringe.

"Serious simulation"... i can use any number of criteria to classify any racing game of these that we play "arcade" , if i go the lengths that some people here go.

Someone mentioned Rallisport Challenge. When that game came out, we were spoiled for choice in rally games, and racing games in general. Now look at the landscape. And people here still put solid efforts like WRC9, and this one, down...
Last edited: Apr 14, 2021
I think KT Racing have come a long way since their WRC5 when they entered into the franchise. Every year, specially with 8 and 9, they have been learning more and more how to make an enjoyable rally game. Let's wait and see how things come out with this WRC10, since in the surface it seems really promising.

PD: Really looking forward to the San Remo rally that apparently is going to be in the game. Love that rally, and I haven't been able to play on the Italian tarmac since WRC 2003 for the PS2, almost 20 years ago now.
It looks arcade even in stills

Eckhart von Glan said:
looking forward to WRC09 on steam in autumn, still only halfway through WRC08 career, so no need to hurry and grab wrc10. seems a pity that just as Kyloton have hit their stride, Codemasters will be given the WRC rights in the near future and all Kyloton's efforts will go ... where?
However, these historic cars look a bit bland to me, compared with the same cars in Dirt Rally 2.0.
Click to expand...

Actually this year WRC 10 will come on steam (yes, they come back, no more annual exclusives) 2 weeks earlier than WRC 9.