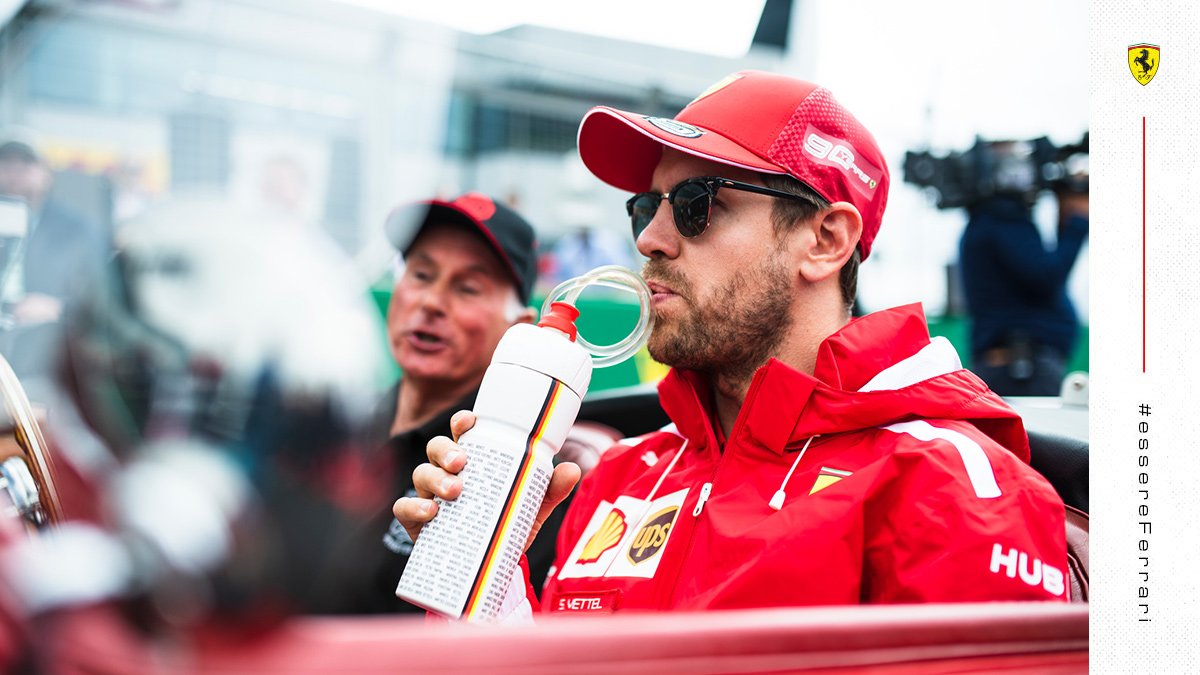 Would a move away from Ferrari help Sebastian Vettel rediscover his flagging on track form?

As a four time World Champion and one of the most successful drivers in the modern era, the last couple of years have been tough ones for Sebastian Vettel - with an increasing tendency to make mistakes under pressure and fighting effectively with one hand tied behind his back against the might of Mercedes - is it time for the German to move away from Ferrari to rediscover some of that lost form?

Love or hate the driver, it cannot be denied that Vettel is one of the biggest talents in modern motorsport, and at just 32-years-old still very much in the prime of his racing career. With recent seasons showing a decrease in results and increase in criticism from the influential Italian media, not helped by the stellar performances of Charles Leclerc in the second red seat, is it time for Vettel to look elsewhere in his bid to add to those 52 Grand Prix wins and four World Championships?

Vettel can rescue this season if he wins & makes no major mistakes but I think he will walk at the end of the season.Bring back Alonso

Really difficult to imagine a move. Unless he has a Lewis Hamilton crystal ball it's hard to predict who will be the next phoenix to rise out of the ashes. Ferrari with Michael, Red Bull with Vettel, Hamilton with Mercedes. Who is next on the rotation? Renault, Alfa or will Red Bull make a return with the Honda power?

No. Despite his recent mistakes, is still one of the greatest drivers in the grid and of the decade. Is one of the drivers than makes the competition exciting.

Can't see him anywhere than Ferrari. Maybe in Mercedes with Hamilton or switching seats with him, wich is highly unlikely.

Of late, Ferrari seems to be the giant killer. Former world champions Sebastian Vettel and Fernando Alonso couldn't win again when they signed with Ferrari, nor Kimi on his return to the team after going with Lotus for two season. Go way back to 1964 when Ferrari won with John Surtees. Niki Lauda (1975, 1977) and Jodi Scheckter (1979). And then they wait until 2000 for another win (plus 4) with Schumacher. I'm sorry, Ferrari has a big name in the spotlight because of their history and getting lucky with amazing driver, but I'm not sure why the drivers these days think they will produce the winning car. They are nearly always really close but can't pull the trigger when it counts. They also seem to always have a clearly defined #2 driver who plays a supporting role, and often that driver is a potential champion. Felipe Massa (against Alonso and Schumacher), Rubens Barrichello (6 season against Schumacher), Eddie Irvine, etc etc.

AH, Ferrari or retire... He's in the best car he can get into. It's not like merc will partner him with Lewis. Top 3 teams is where you want to be, something Danny Ric forgot to remember.

NDG said:
AH, Ferrari or retire... He's in the best car he can get into. It's not like merc will partner him with Lewis. Top 3 teams is where you want to be, something Danny Ric forgot to remember.
Click to expand...

Danny Ric did not forget he did not want to be second to Verstappen .

Why not ferrari to retire? yes i'm being sarcastic, i mean when they don't even want to compete, they don't telling us in our faces but what they do [in their management] and how they act is the exact proof of it!
something like rejecting pirelli tyre test for next year with the excuse of "not having enough resource" ? and i bet they will say(some years later) the 2020 season failure was all because of Mercedes tyre test with pirelli ! they could have done it just with the difference of their prize money(vs merceds) as they get paid more than the champion team every year!

Should he leave? I think it's a no-brainer really... no, he shouldn't. If he wants to add to his win record and possibly win another title, he's better off staying where he is. Merc are very unlikely to take him, Red Bull are very unlikely to want him back, so what are his other options if he wants to compete at the top level? At the moment there are none. Even if there was, going to a different team isn't going to suddenly make his current poor form vanish into thin air. That's a personal issue which is down to him, not his car. He needs to settle himself down, get to grips with why he isn't performing, and then do something about it.

The real question isn't whether he should leave, it's whether Ferrari will want him to stay on if he doesn't regain his form sometime in the relatively near future. They took a chance on bringing in a far less experienced driver than they normally do this season, and LeClerc is showing that it was a good move. With that in mind, there are plenty of other young talents out there just waiting for their big chance.

He should fight with a GP2 engine, like Alonso did

There is probably a good reason Ferrari has to execute a hard team order when Vettel has any chance to get championship points.
So we will never see a fair fight between him and Leclerc.
But let Haas offer Vettel Grosjeans job so we can see how Vettel compare to Magnussen
B

Vettel could probably do with a sabbatical from F1 at this point, maybe run in WEC or something.

He's been making mistakes and being outshone by his team mates for a while now. Let him refind his form in another context
R

yeah swap teams with Kubica, he even finished in front of Vettel in last race driving a Williams. This swap would benefit both teams.

Vettel and retirement has been rumored around the paddock, maybe he has been chatting with his old rival Rosberg. Would love to see Seb retire and Danny Ric get his seat, then you'd see some fireworks on track IMO.

maybe taking a year off to sort himself up, work on his confidence and what not, feels like he is losing it when he is under pressure quite a bit

RIC obviously did not go to Renault to get wins, at least in the short term. He made the move 1) because Red Bull was starting to favor VER for no good reason at the time, 2) poor team management, and 3) 57 million dollars.

At the moment, Ferrari doesn't have a very good driver to bring up to take VETs place, so looking elsewhere is the only option. We're probably talking about PER, HUL, or maybe MAG.

rubaru said:
RIC obviously did not go to Renault to get wins, at least in the short term. He made the move 1) because Red Bull was starting to favor VER for no good reason at the time, 2) poor team management, and 3) 57 million dollars.

At the moment, Ferrari doesn't have a very good driver to bring up to take VETs place, so looking elsewhere is the only option. We're probably talking about PER, HUL, or maybe MAG.
Click to expand...

I think LeClerk is actually better/faster, he just needs more time to mature and he will be a champion

Maybe I missed something, but other than Niki, has there been any F1 driver that takes a sabbatical and comes back in the same form or better (i.e. wins a championship)? Isnt' it more times they come back a little weaker? As a 4 time champion, whether you just adore driving in F1 or not, you're not coming back just for that thrill, you're in it for the big show.

No sabbatical needed, Seb is a great driver...he just needs to have a chat with a certain driver about what they did last winter.