The SRO E-Sport GT Series AM Championship wraps up this weekend at Bathurst, with no less than eight drivers in with a chance of taking the drivers title.

The Mt. Panorama circuit is arguably one of the toughest venues to race on the whole SRO calendar, and thanks to the impressive level of engagement within our community vote, that very same challenge will be presented to our drivers in the final round of the SRO E-Sport GT Series AM Championship on Saturday 20th June.

The format is the same has it has been all season. 15 minutes in which to qualify your car for a place on the grid, and one hour of no holds barred racing to the chequered flag for each of our drivers taking part.

Already this season we have seen top 20 grid spots separated by just over half a second. We've seen races come down to bravery, consistency and racecraft. We've seen wet, dry and night racing, and now this final weekend will see our drivers put into the spirit of competition against not only themselves, but 6.213km of winding tarmac in one of the most unforgiving circuits anywhere in the world.

Heading into the final round, eight drivers are in with a mathematical chance of taking home the championship trophy once the chequered flag falls at 18:30 UTC on Saturday evening. Having enjoyed an enviable record of four different winners from our opening four races, and with many of the top ten finishers usually failing to score points at the following race meeting, pretty much everything is still open to our drivers this weekend.

So, who are out contenders? 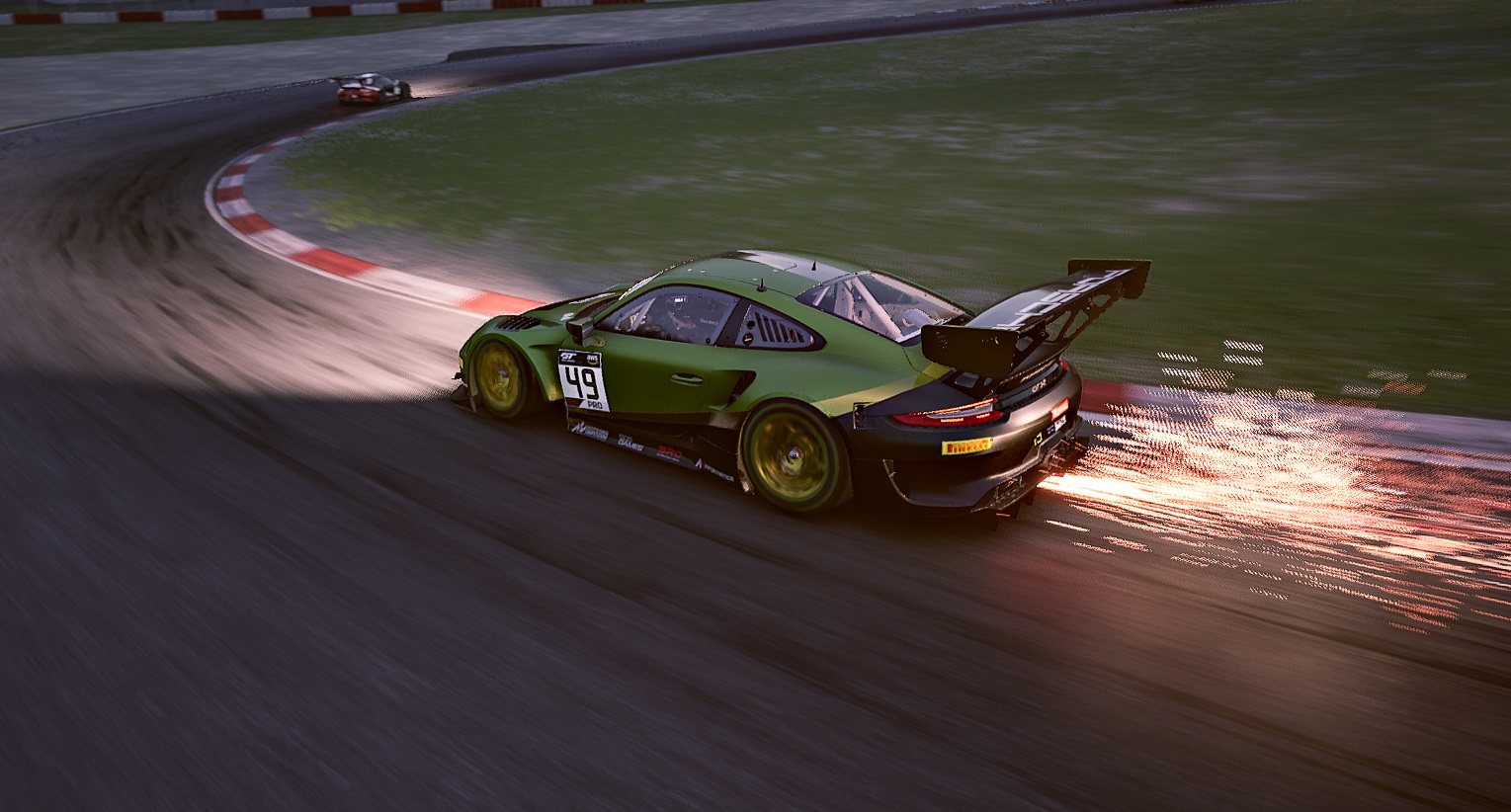 At the head of the standings coming into Bathurst is privately entered Porsche 911 GT3 R of Samir Ibraimi. The 29-year-old German having a remarkably consistent season in his #49 machine, despite a disastrous race last time out following early contact. With a six point advantage at the head of the standings, will consistency be enough, or will be need to see an extra gear engaged to take home the championship trophy? 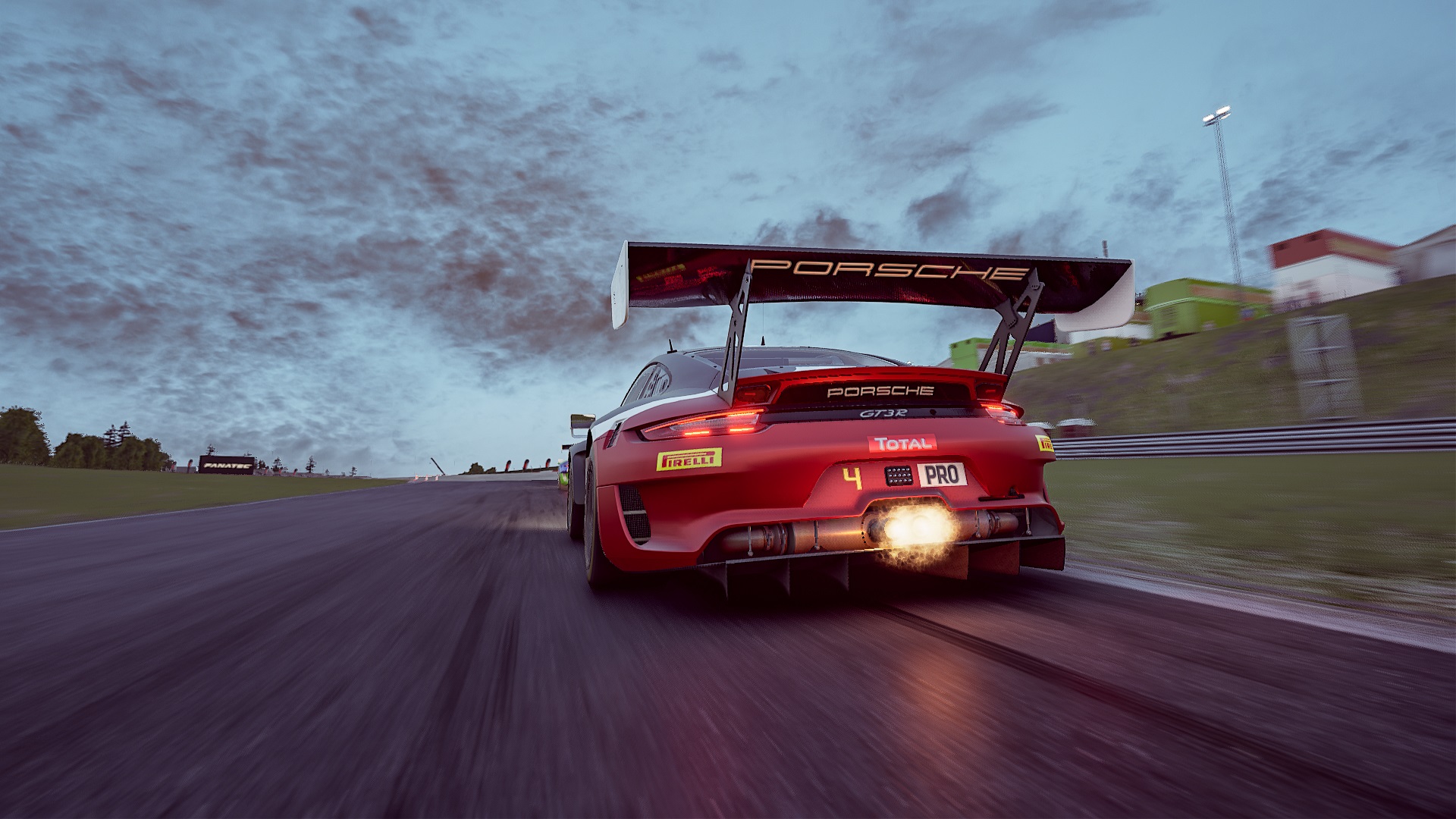 Michele Nerbi is another rapid Porsche driver that has emerged during the course of the current season. At only 23-years-old, the Italian has often shown prodigious pace in his GTWR Racing Team machine, having peaked with second position in both Silverstone and Spa to cement is championship challenge. Last time out at Barcelona would see the driver failing to score, with only eight laps recorded before an early exit following - something Nerbi can ill afford to repeat in Australia. 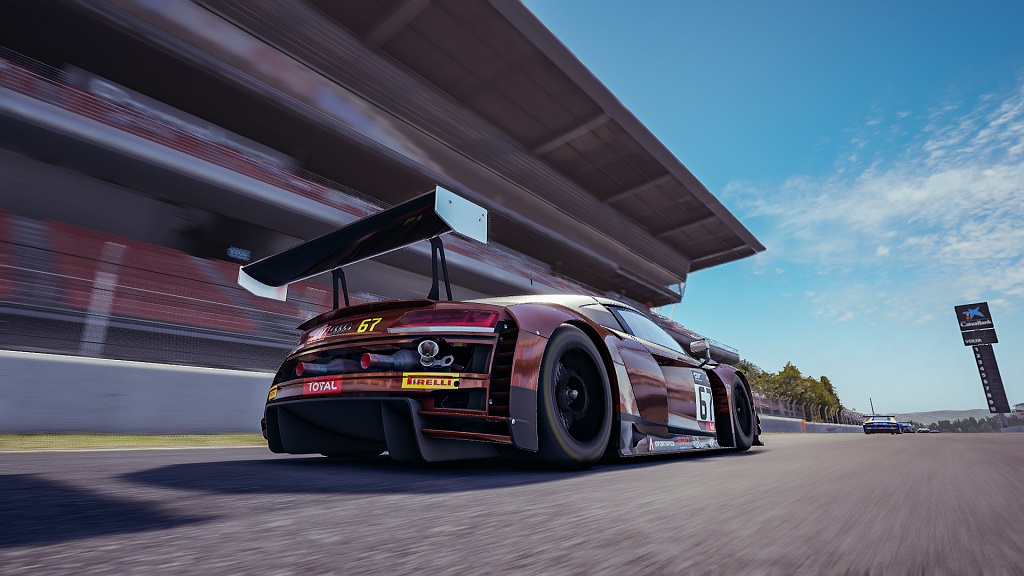 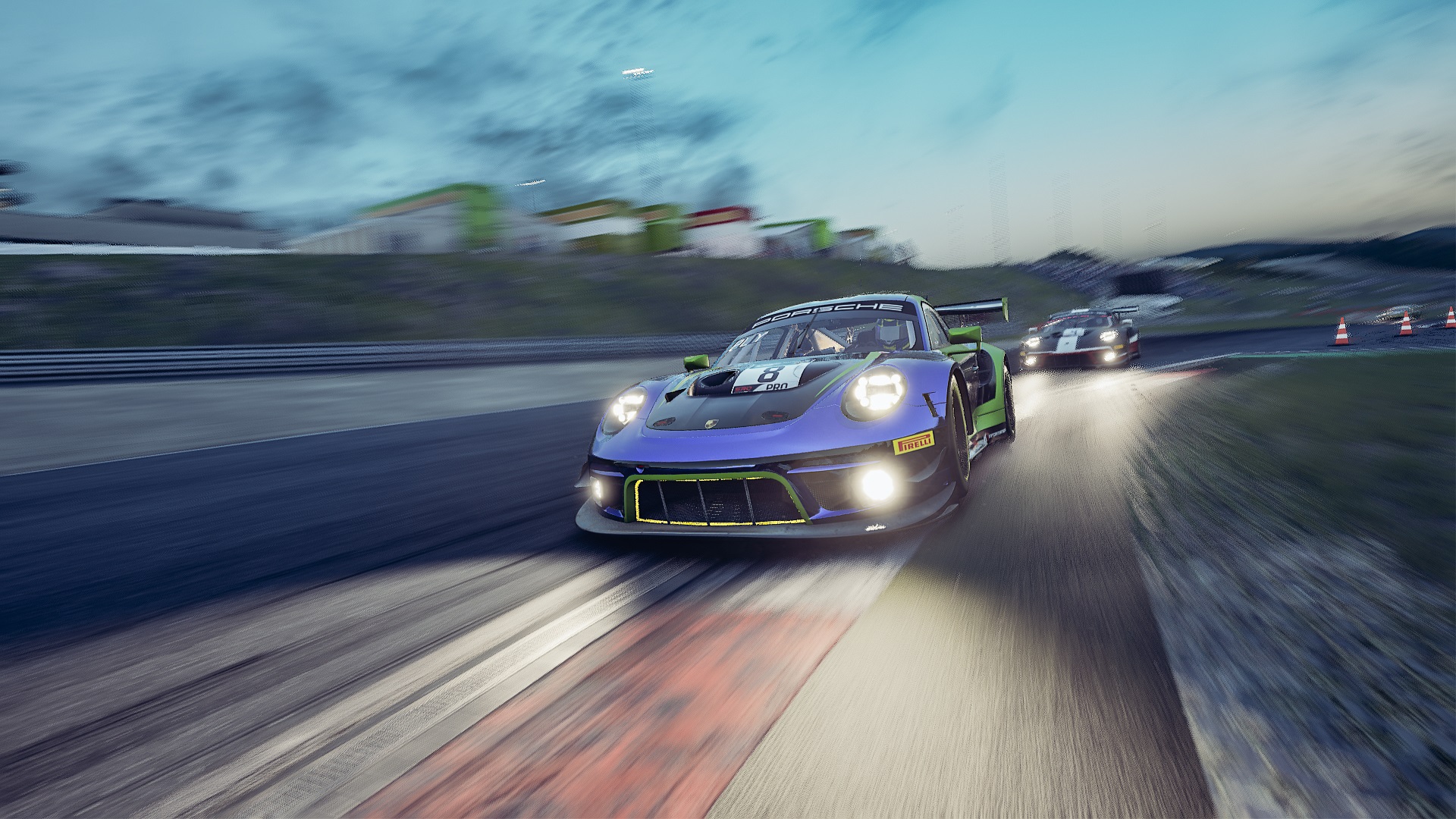 On his day Daniel Savini is arguably one of the fastest drivers in the 2020 SRO E-Sport GT Series AM Championship field, as the Italian displayed in fine style with a dominant performance at the Nurburgring during our third race of the season. Aboard the Rebel Racing Team Porsche 911 GT3 R, success ballast wasn't kind to the 22-year-old in Spain, but despite 52kgs additional weight in the car, and a hefty shut from fellow title rival Nizar Sahraoui, the Porsche man produced a champions display to salvage a couple of precious championship points last time out. If he can keep free of trouble in Bathurst, it would be hard to find another driver with the potential to become our first series double winner this year. 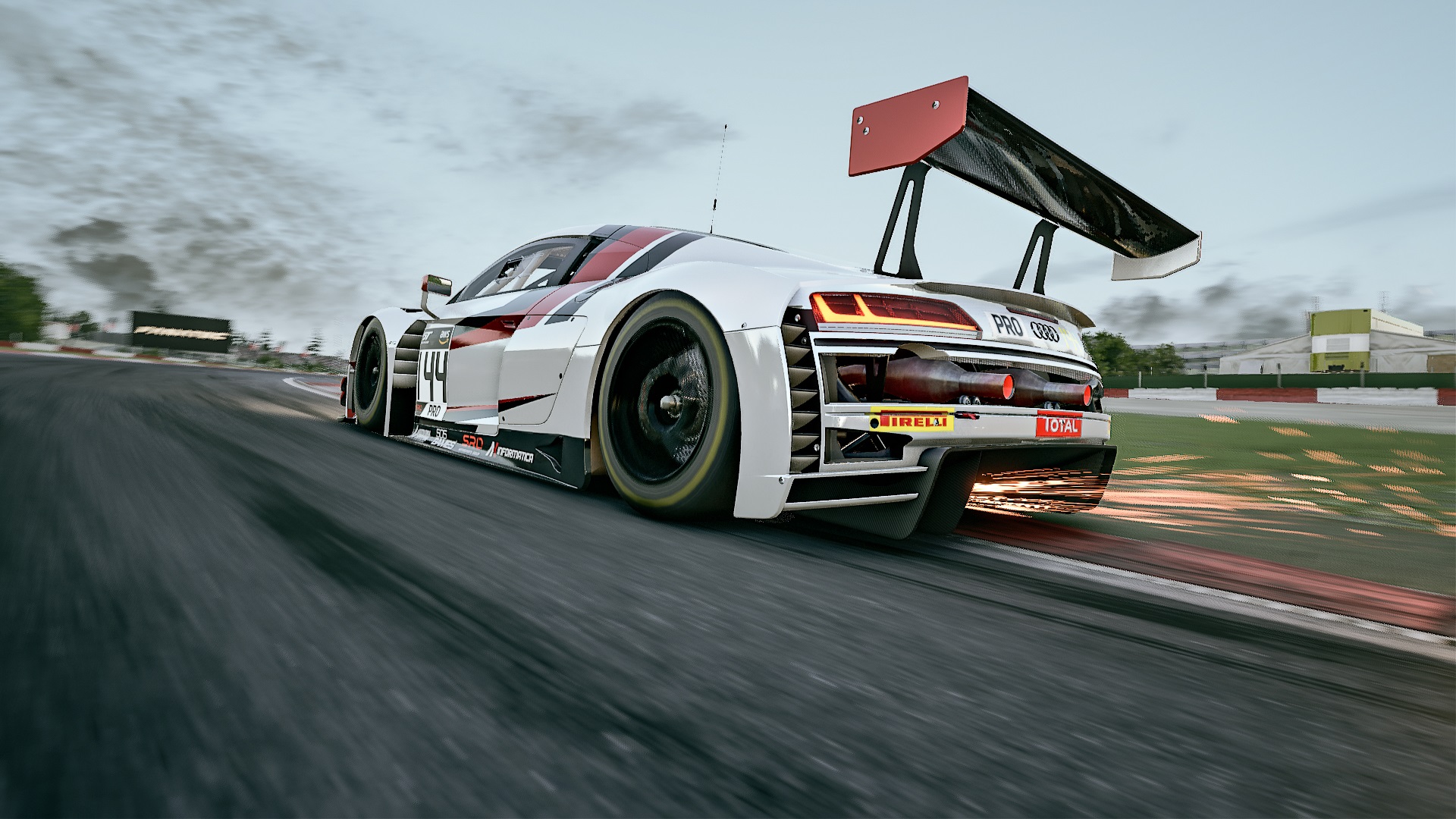 It seems like Mikhail Statsenko used up all of his luck for the season in the accident avoiding first lap incident of Spa in round two, as since that sublime race winning performance in the Ardenne Forest the Russian driver has been beset by misfortune in the following race events. Of the most high profile issue, last time out at Barcelona would be a nightmare race for the GTWR Racing Team Audi driver, as a hardware failure with his sim wheel would put the 16-year-old driver out of the race on the spot - denying him a potential podium finish and the hat full of championship points that go with it. 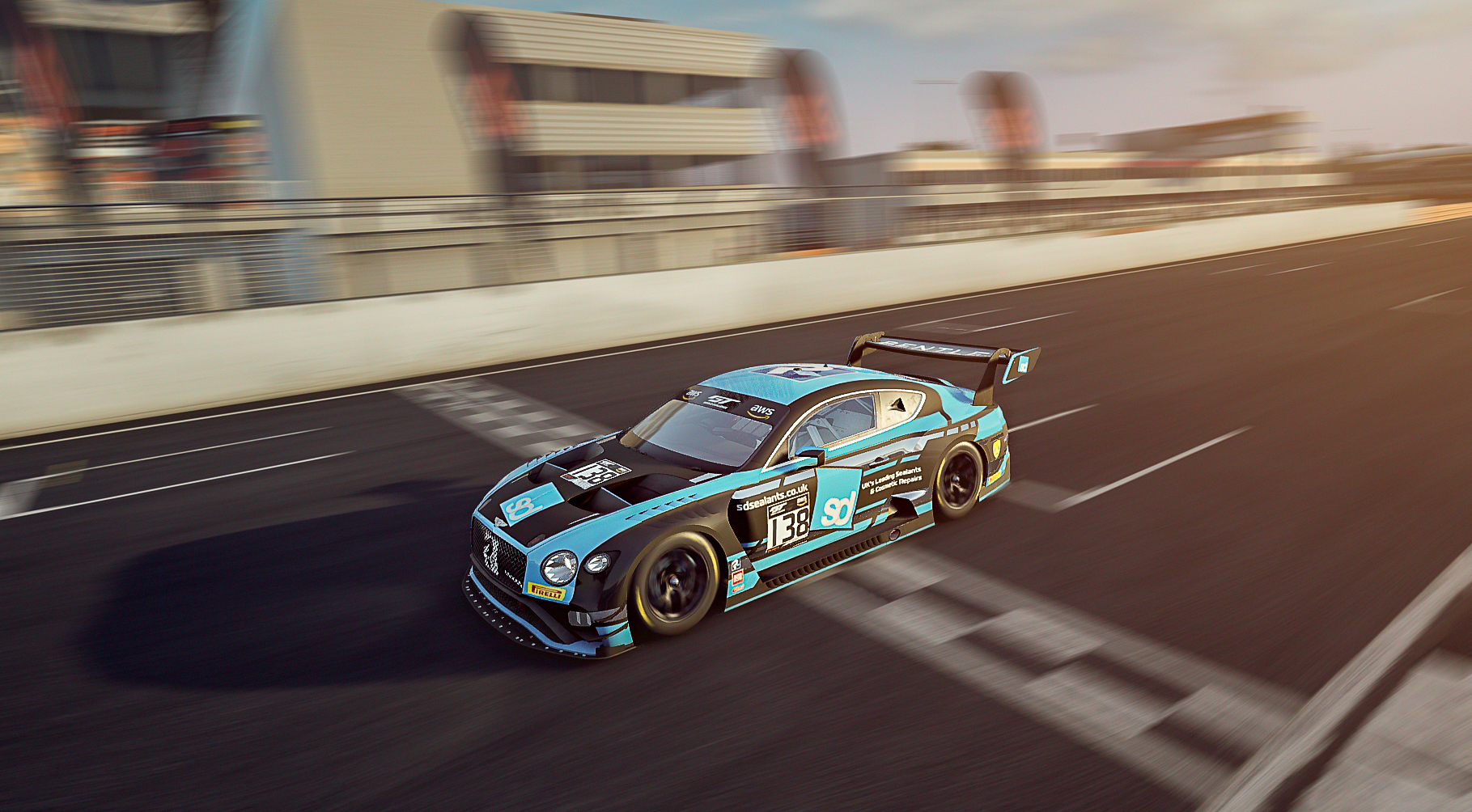 Our very first winner of the season, Nizar Sahraoui is the lead driver of the Bentley contingent in sixth place in the championship standings. Since producing a commanding performance in the opening campaign at Silverstone, Sahraoui hasn't quite been able to reproduce that performance during the following three races, although a strong drive last time out at Barcelona ended without the potential points reward following a drive through penalty for a late race incident with fellow title rival Daniel Savini. 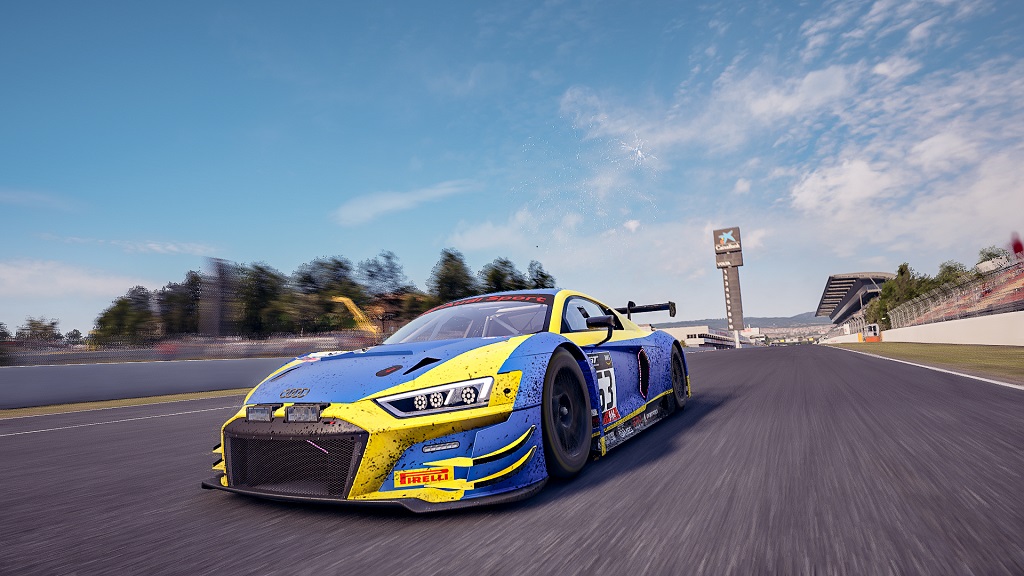 Tim Jarschel has had an... interesting season so far in the EURONICS Gaming Audi R8 LMS Evo. Often showing flashes of pure pace, Jarschel hasn't quite managed to reach the highs of teammate Hasse in the sister R8, although a very strong showing in Barcelona would reward the German with a fine second place finish, complementing his opening seventh place at Silverstone back in early May. A DNF in Spa and no show at the Nurburgring have cost the German dearly in the points standing so far, but with a variable such as Bathurst greeting our drivers on June 20th, if Jarschel can put together a strong performance and others hit trouble, the EURONICS Gaming driver still has a very realistic chance of taking home a high championship placing. 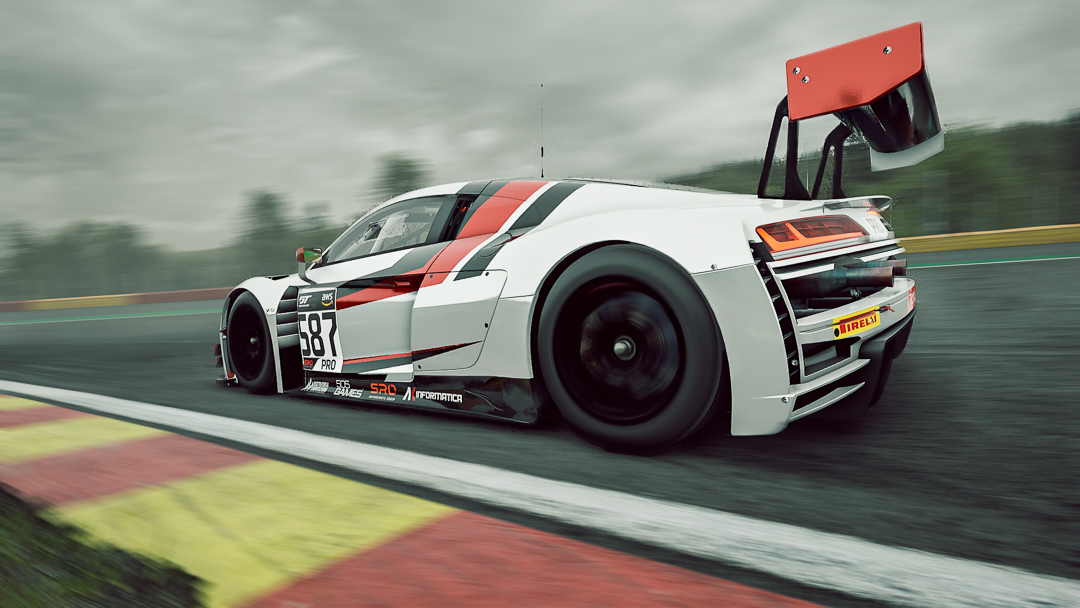 The last of our drivers in with a mathematical shout of leaving Bathurst as our new champion, Roberto Scorpati is perhaps the long shot for title glory this coming weekend. Taking to the track in yet another GTWR Racing Team Porsche, the sister machine to 2nd place man Michele Nerbi, Scorpati needs a big result from this weekend to move himself up into the top championship positions. Scorpati can score big, we've already seen that with a fine second place at Spa, but the 31-year-old Italian does seem to attract incidents, something that will be critical to avoid at this most challenging of circuits.

Of course the main focus will undoubtedly focus on those who can take home the championship this weekend, it needs to be remembered that the entirety of out top ten championship finishes will be eligible to compete in a special one-off race against 20 PRO and 20 SILVER drivers in a combined race event on site later in the year. As such, although taking a title home is exceptionally important, getting into the top 10 overall standings will be of equal interest to our drivers. With 10th placed man Paolo Muià on just 16 points, and a potential 25 up for grabs for our race winner - literally anyone could still secure that coveted spot in the final standings.

Another intriguing sub plot to the main championship battle is the fight between the five Lamborghini wildcard entrants this season. Prior to the season commencing, it was announced that the top two Lamborghini drivers in the championship will be awarded an opportunity to test a real life FFF Racing Lamborghini Super Trofeo race car somewhere in Europe. Sadly, the Raging Bull has very much not been the car of choice in terms of performance this year, failing to trouble the points scorers at any stage in the season, but the fight to become the highest placed driver for the Italian squad remains as robust as ever. 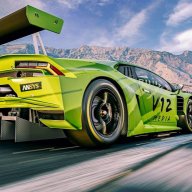 This is going to be one exciting race, that’s for sure.
Reactions: Dansav, Günthar Rowe, Bram Hengeveld and 1 other person

V12Media said:
This is going to be one exciting race, that’s for sure.
Click to expand...

Yeah absolutely cannot wait for this one I must admit.

For the viewers a little spoiler... we are going to have quite the day of coverage on Saturday... its going to be.. a little longer than usual - Stay tuned for more info later in the week!
Reactions: V12Media, antonn, Günthar Rowe and 1 other person 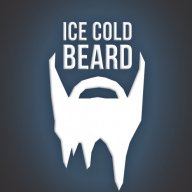 There is no space for that, so it would have to be called Macau but I am almost sure they will make it cleanly through.