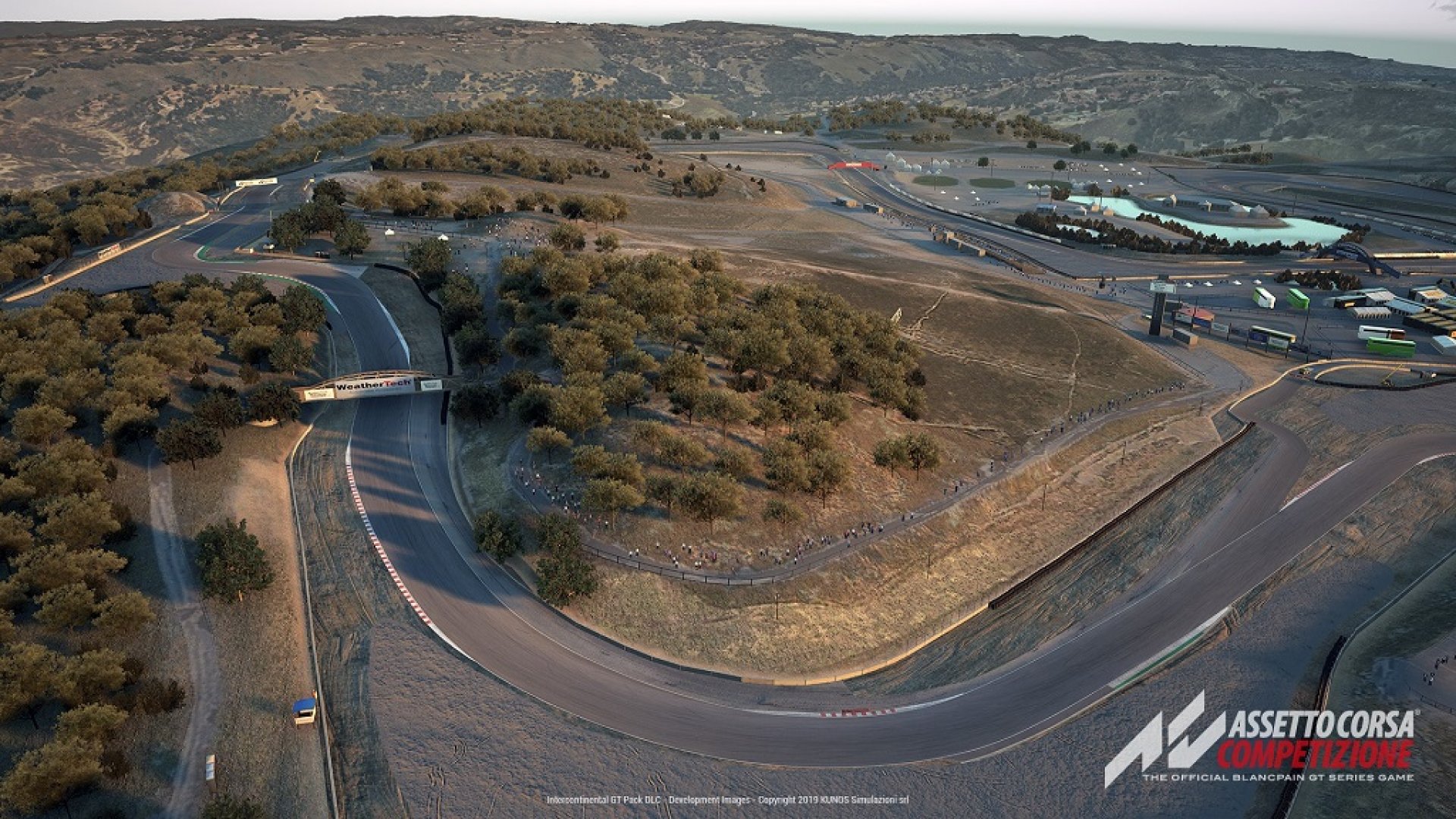 Of course, any sim racer that hasn't been hiding under a rock these past few weeks will be well aware that the first post release DLC for Assetto Corsa Competizione is in the works - adding the 2019 Intercontinental GT Challenge cars and circuits to the simulation.

Despite the pack still being a little way from release on the PC title, we've already seen some very nice preview images of Kyalami on the official Assetto Corsa Competizione social media channels, and now Marco has taken to his own Facebook account to give us a sneaky glimpse of how development is going with two very iconic circuits - Mt. Panorama in Australia, and the legendary Californian Laguna Seca venue. 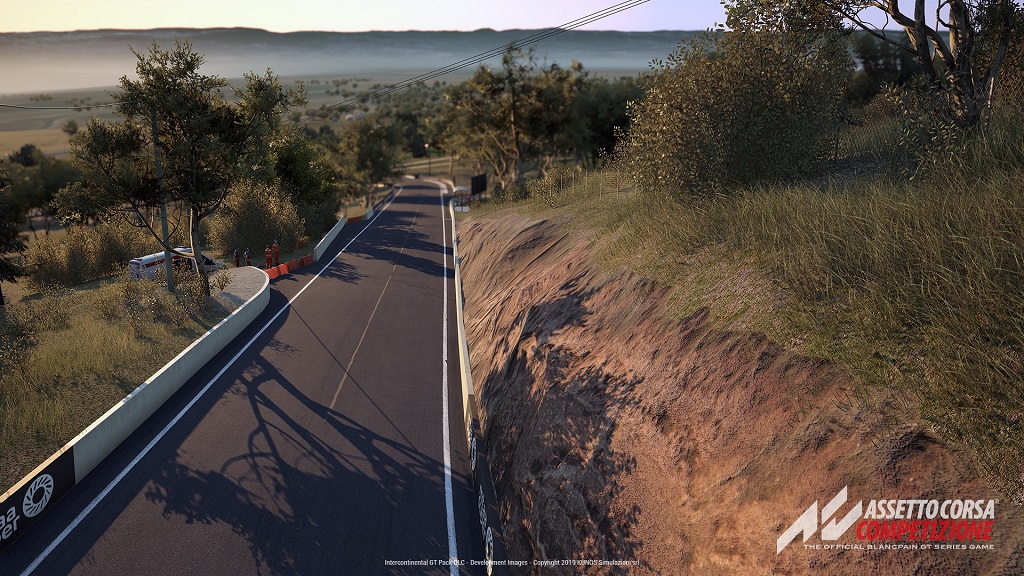 At the time of writing we don't know exactly when the new DLC will be made available in Assetto Corsa Competizione, although Marco did suggest the cars and tracks will be "coming (pretty) soon" - keep your eyes on RaceDepartment for more release news and previews as and when they become available.

Got a question about the sim? Post a thread on the RaceDepartment ACC sub forum and let the community be your guide! 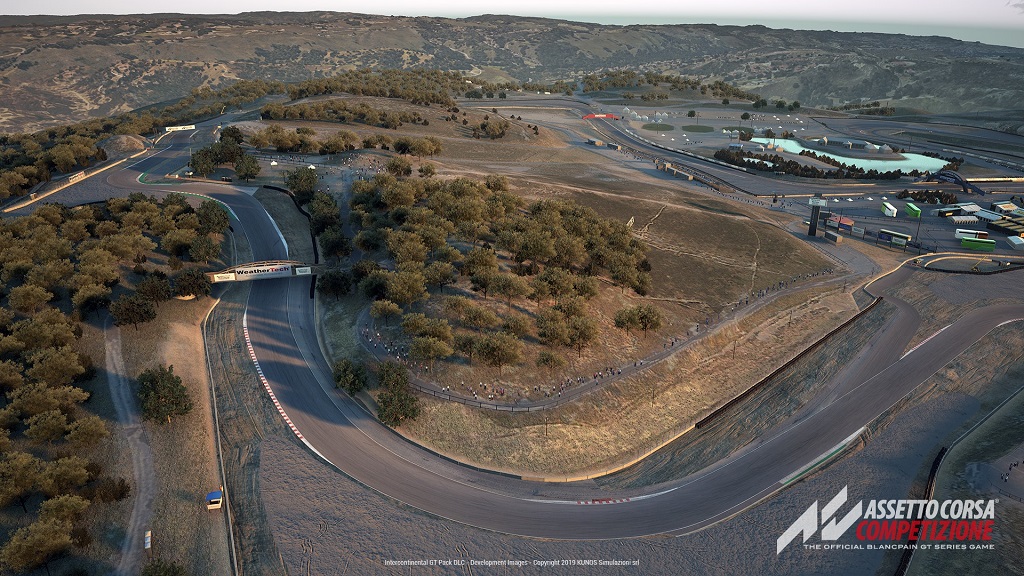 Paul Jeffrey
RaceDepartment Editor-in-Chief, occasional YouTuber, commentator and broadcaster, with a passion for motorsport on both the real and virtual racetrack.
Reactions: Lean Malherbe, Montag_RSR, Tostiman and 38 others
T

Pc is already groaning, trying to render that

(Pretty) soon is a little closer or further away then soon?

Premium
Come on come on release it already
B

I live a few hours away from Bathurst and driven on it a few times. It's amazingly narrow and scary coming down track. Awesome.

ACC is just getting better! Awesome game for pure racing for sure.
A

First laser-scanned Bathurst outside the iRacing "subscription paywall." (Don't jump, I love it for its strengths, MP and physics model, but pricing is not one of these.)

blueferrari said:
I live a few hours away from Bathurst and driven on it a few times. It's amazingly narrow and scary coming down track. Awesome.
Click to expand...

Shut up, and take my money - NOW

Well apart from Bathurst - a few straight lines and a wiggly bit does not make a track - I know, I know, I'm gonna get crap for that

Premium
Maybe a reason to drop my Rift, get an ultrawide and start playing ACC.

I know what tracks will be available, but does anyone know what cars will be included in this DLC?

So far, none have been mentioned. There is hope (from my side) that there may be the skins used in this series, but Kunos have only spoken of tracks if I am not mistaken.
edit: Just see that Paul mentions cars in the OP. Surprised by joy.

dreamer al said:
I know what tracks will be available, but does anyone know what cars will be included in this DLC?
Click to expand...

Base cars already in the game, that are contenders in the IGT. Maybe some version differences will come, skins, etc.

This VR ACC enthusiast is looking forward to try those 3 laser scanned tracks in my favorite GT3 cars.

Kyalami is good too

Premium
Is it a stretch to say that having seen previews of Kyalami, Bathurst, and Laguna Seca we are just waiting for them to complete Suzuka and then the DLC is good to go?