Log in to download, or make sure to confirm your account via email
Overview Updates (1) Reviews (2) History Discussion
Ask a question
Reviews (2) History
For the awesome PM3DM BMW 320i E36 I have created two additional Fina Bastos BMW skins.
These represent the winning and its sister car from 1997 Spa 24 Hours race. 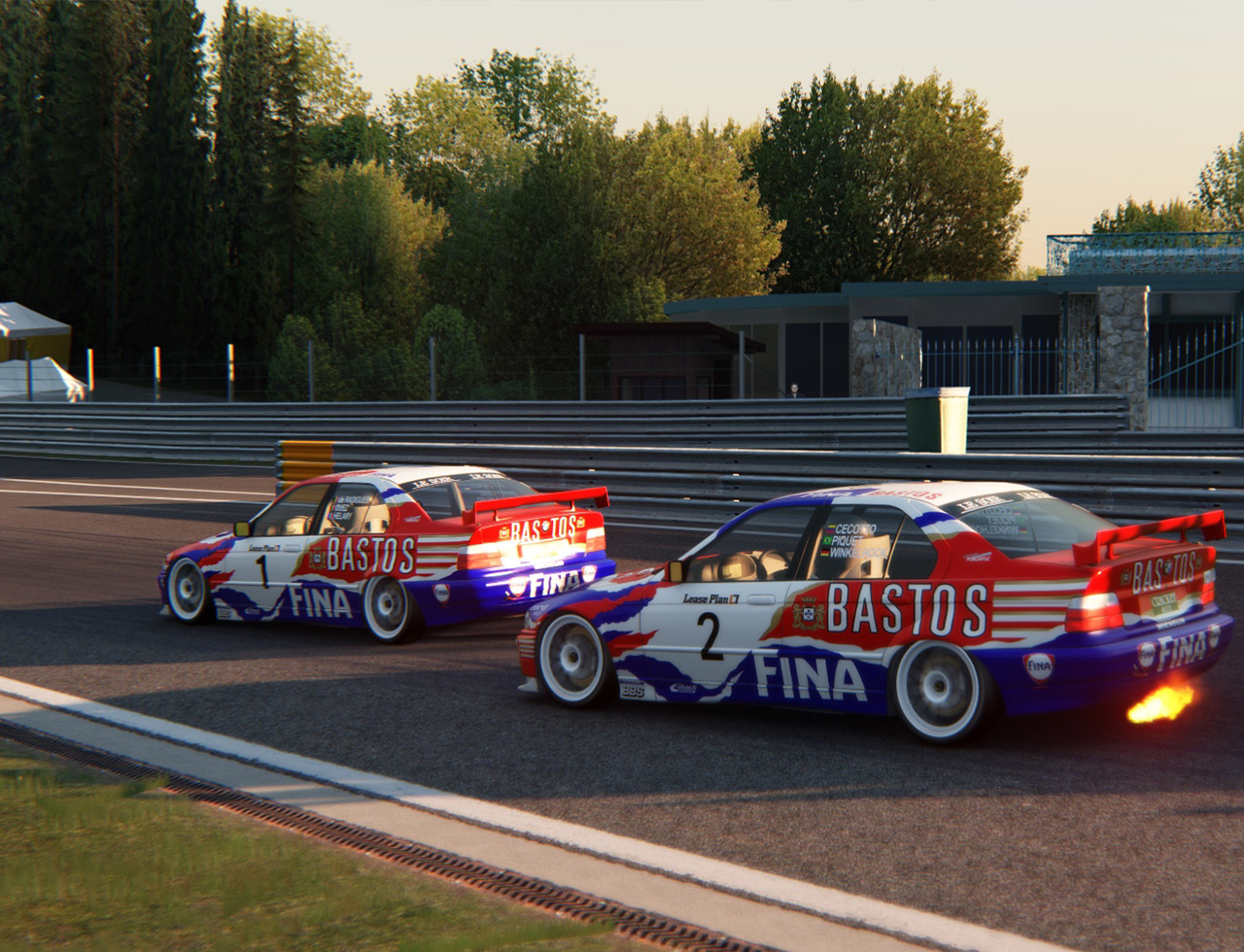 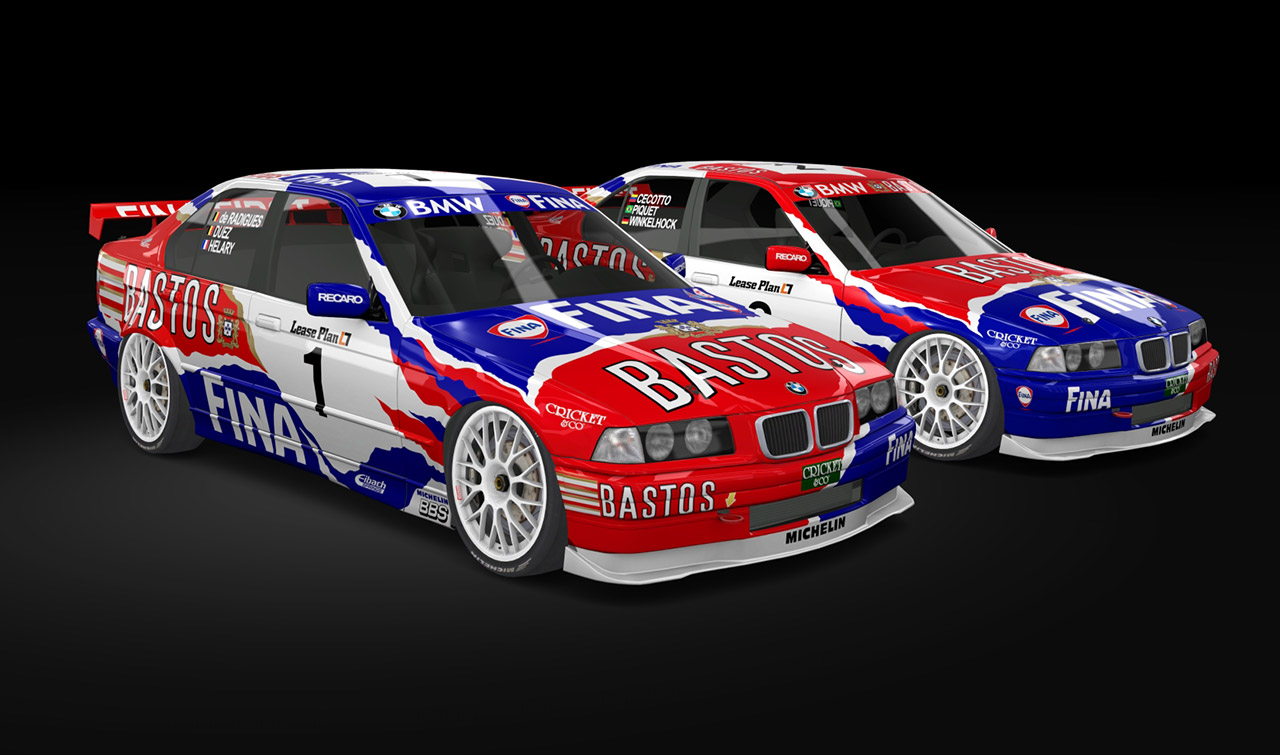 #1 was driven by Didier de Radigues, Marc Duez and Eric Hélary who drove the car also in Belgian Pro Car Championship. They finished 24 Hours race first. This was the third major endurance race victory for this chassis, as it has also claimed victories at 24H Nordschleife in 1995 and 24H Spa in 1996. 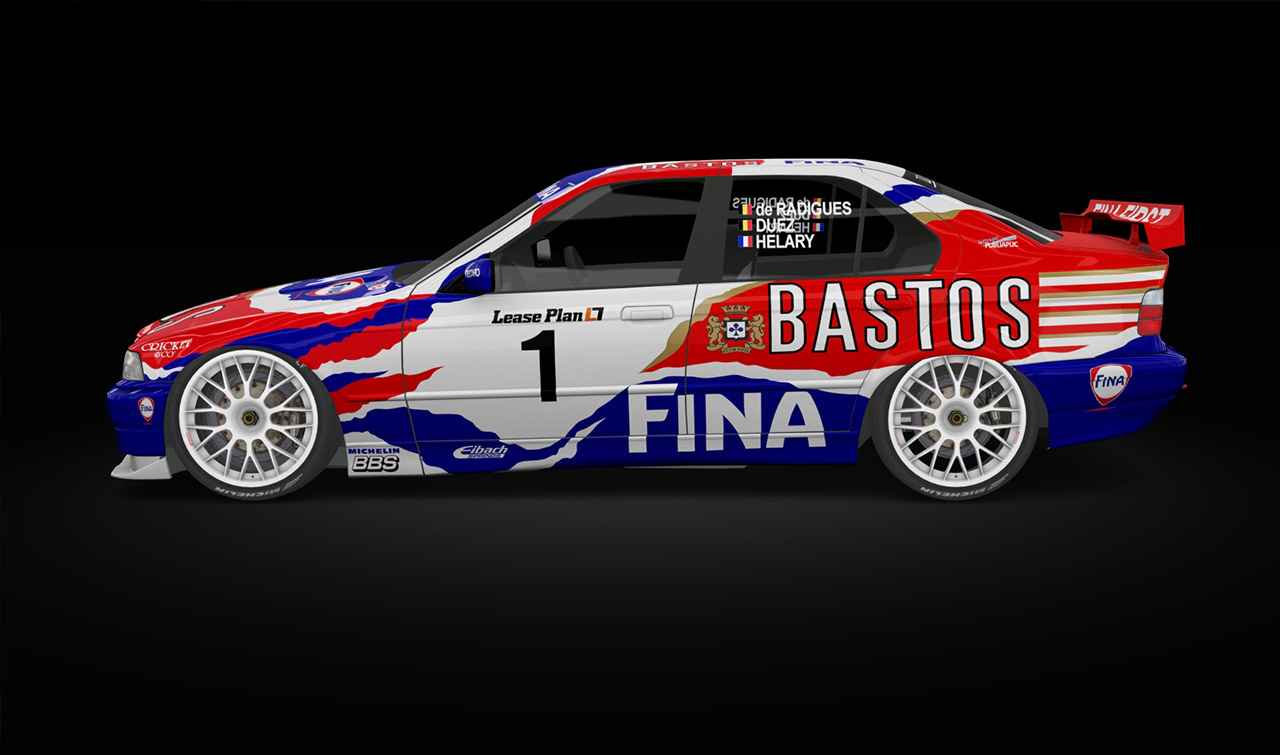 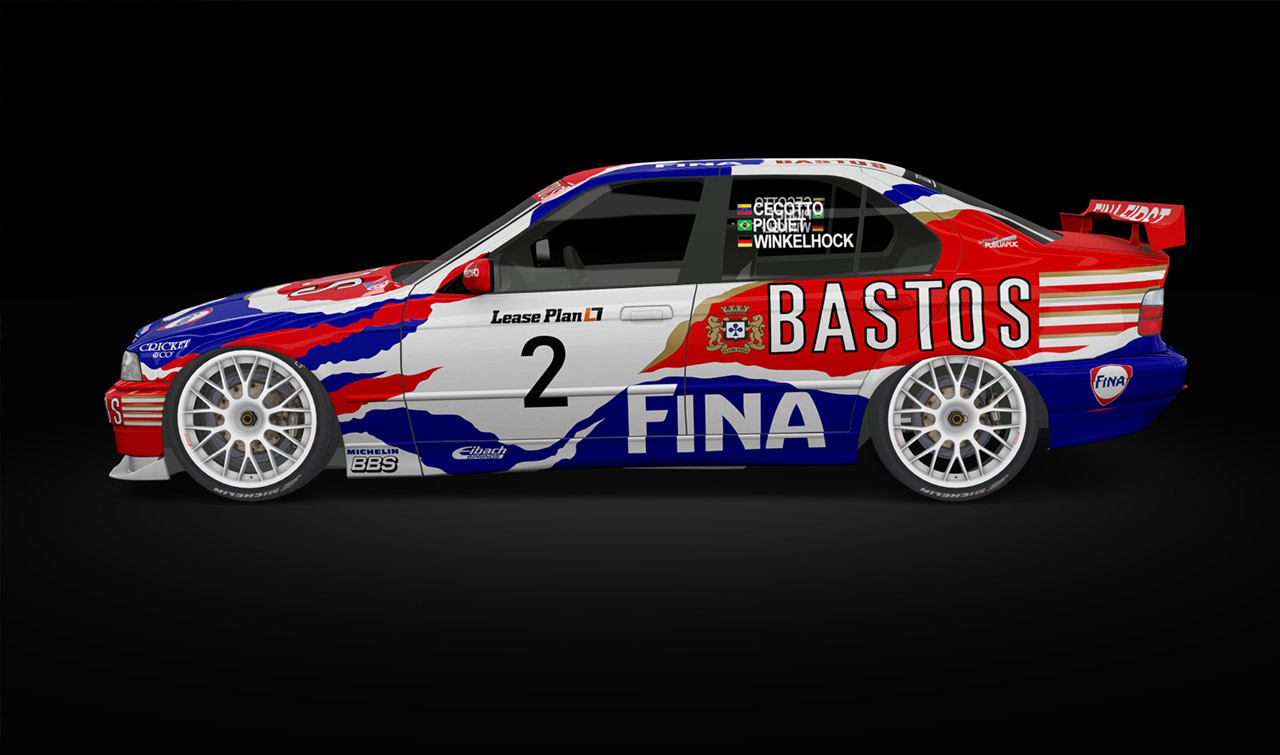 It will complement the 1996 Fina Bastos skins from Belgian Procar championship, that come with the mod.

Instalation:
Drop two skin folders in the following folder:
C:\Program Files (x86)\Steam\steamapps\common\assettocorsa\content\cars\pm3dm_bmw_320i_stw\skins
C: is your drive, where you have installed Assetto Corsa and it might vary (for example D:, F: etc.)

Known issues, based on current limitations:
- Missing red stripes on rear side windows.
- Right side of rear windows has wrong flag of drivers position.
- Cricket and Co logo at the front fenders slightly bent.
- Shape of red and blue vynils on the hood might not be accurate as I have not found relevant reference photo.

Original mod, that the skin is for:

Time has come! Initial release to get more feedback outside of our group, to help pushing these more forward. So we are bringing you are second car. Car is currently setup to be more safe, so it does understeer quite a bit, probably more then you...

Painting template for the 1998 BMW 320i STW/BTCC resolution is 6144x4096, I would typically do all my paint in that resolution, and then downscale it to 3072x2048, to get some finer transition, smoothing, ability for additional sharpening etc...

How it looks in the game - unedited: 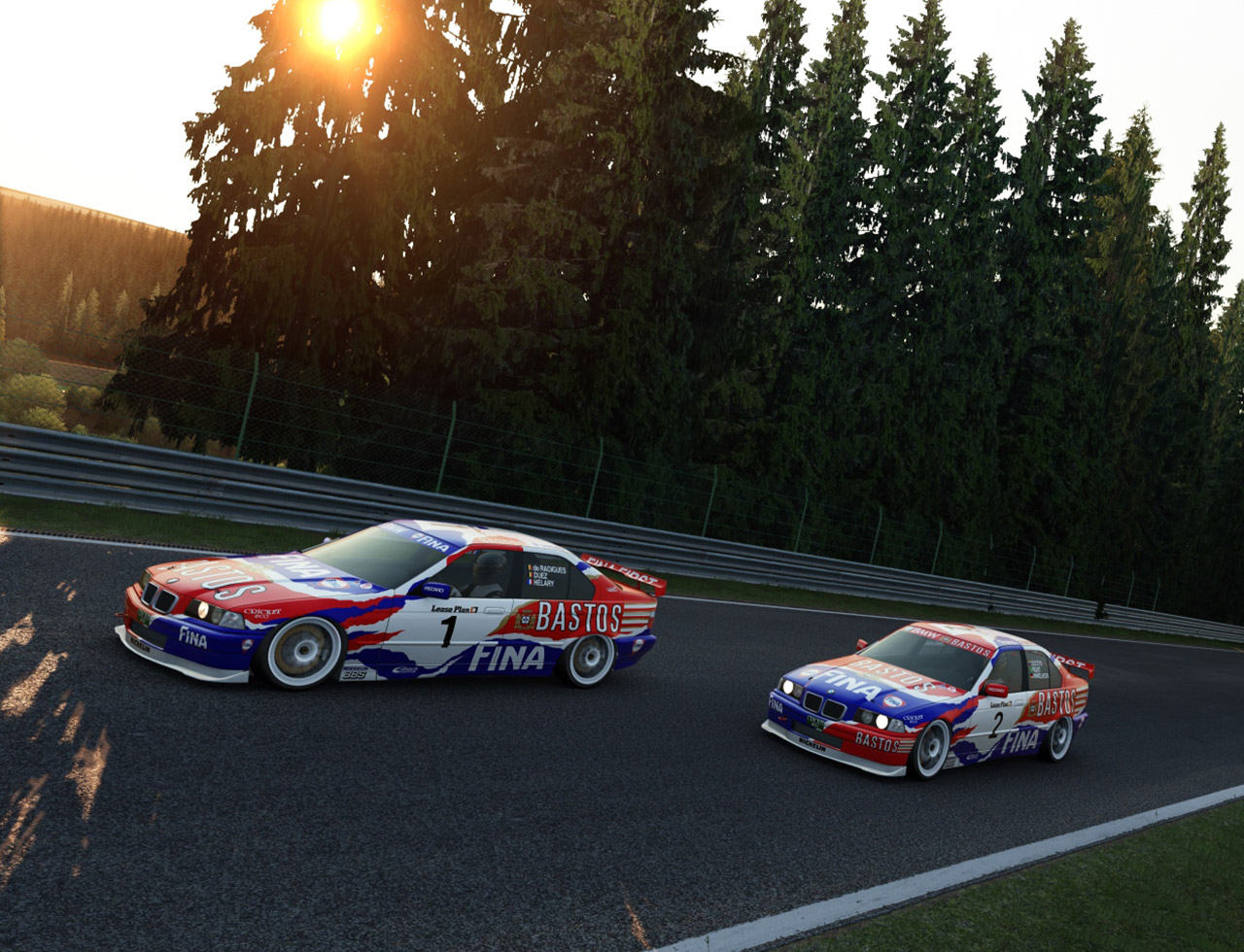