Log in to download, or make sure to confirm your account via email
Overview Reviews (4) History Discussion
Ask a question
Reviews (4) History
For the awesome PM3DM BMW 320i E36
I have corrected the original Fina skin included in the mod - #22 and added two sister cars of Schnitzer BMW team, that competed in the BTCC 1996 season. 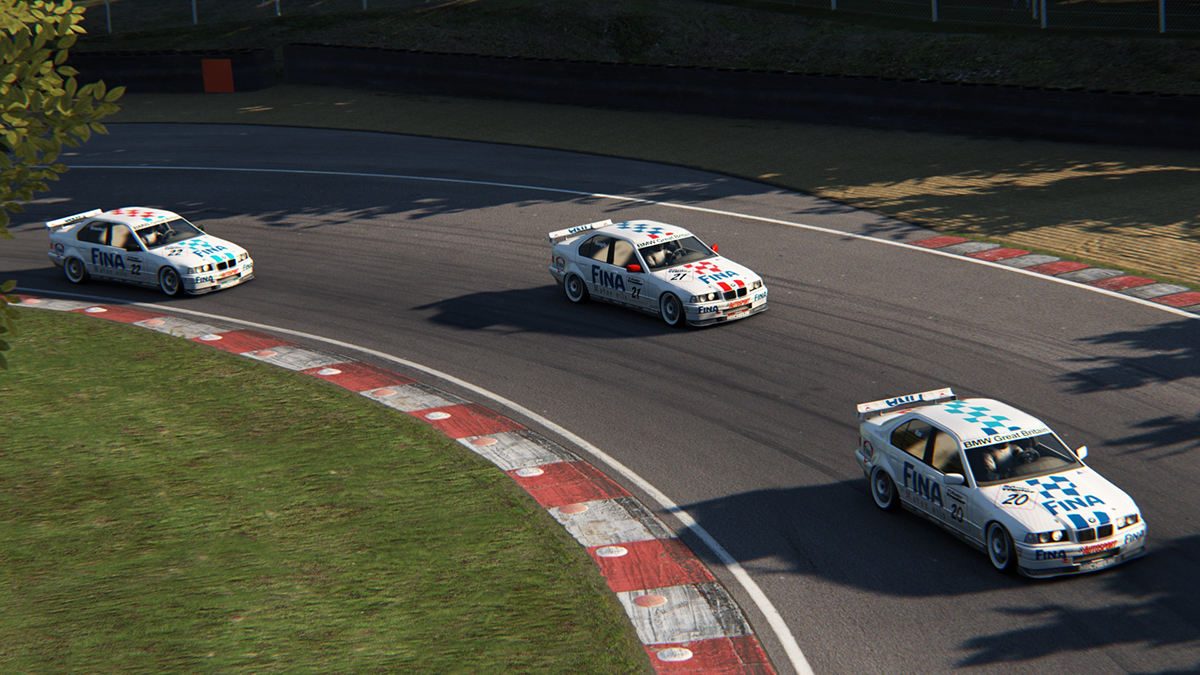 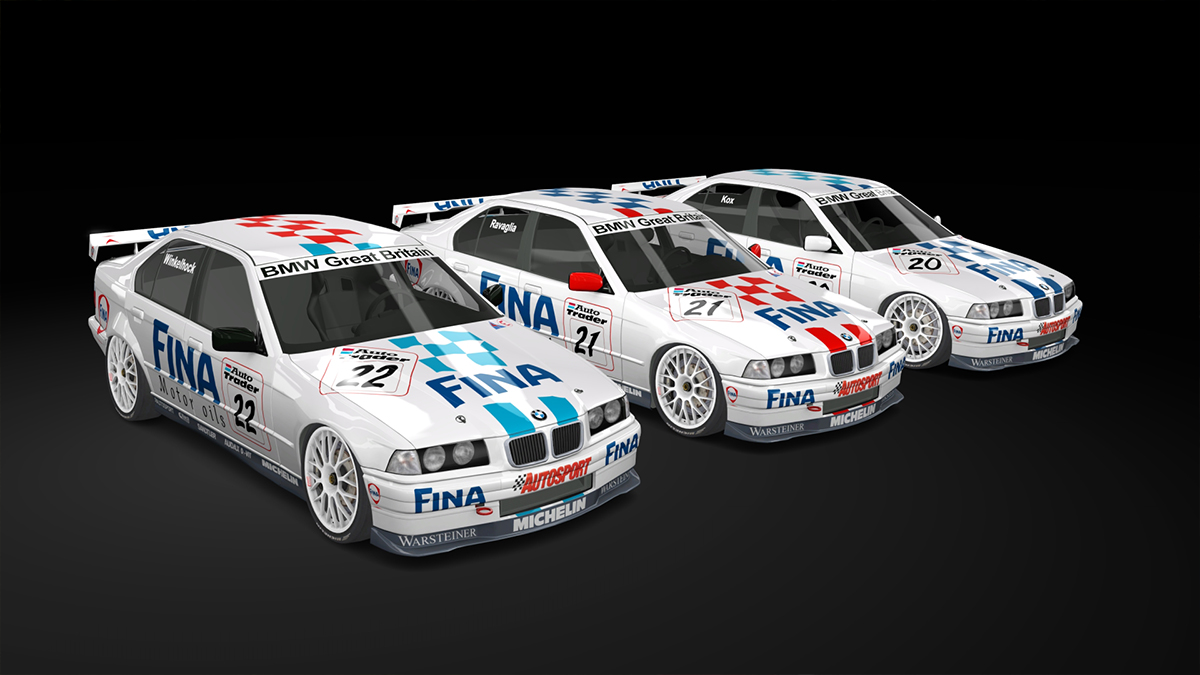 #22 was driven by Joachim "Smokin Jo" Winkelhock. With 4 victories he finished the season on 5th place. This skin was included in the initial release of the mod. I have just added front window banner "BMW Great Britain" and fixed white triangles of side mirrors (they were black in the reality). 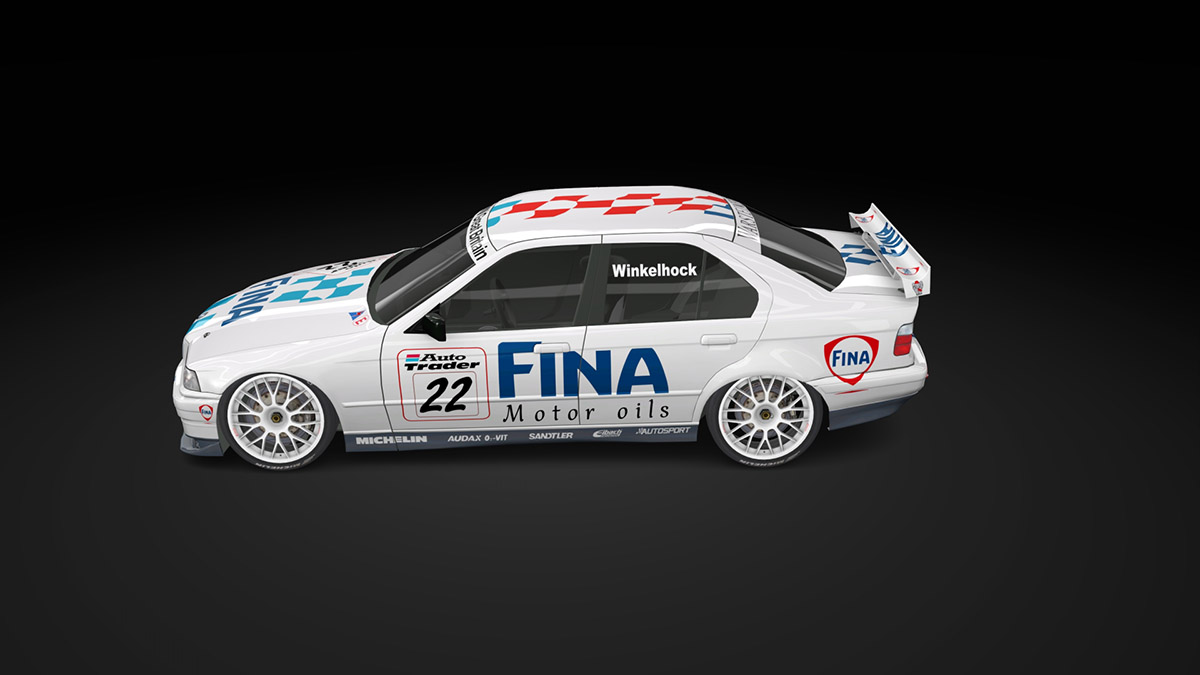 #21 was driven by veteran driver Roberto Ravaglia. With one victory, he finished 6th, right behind Winkelhock in the drivers' standings. 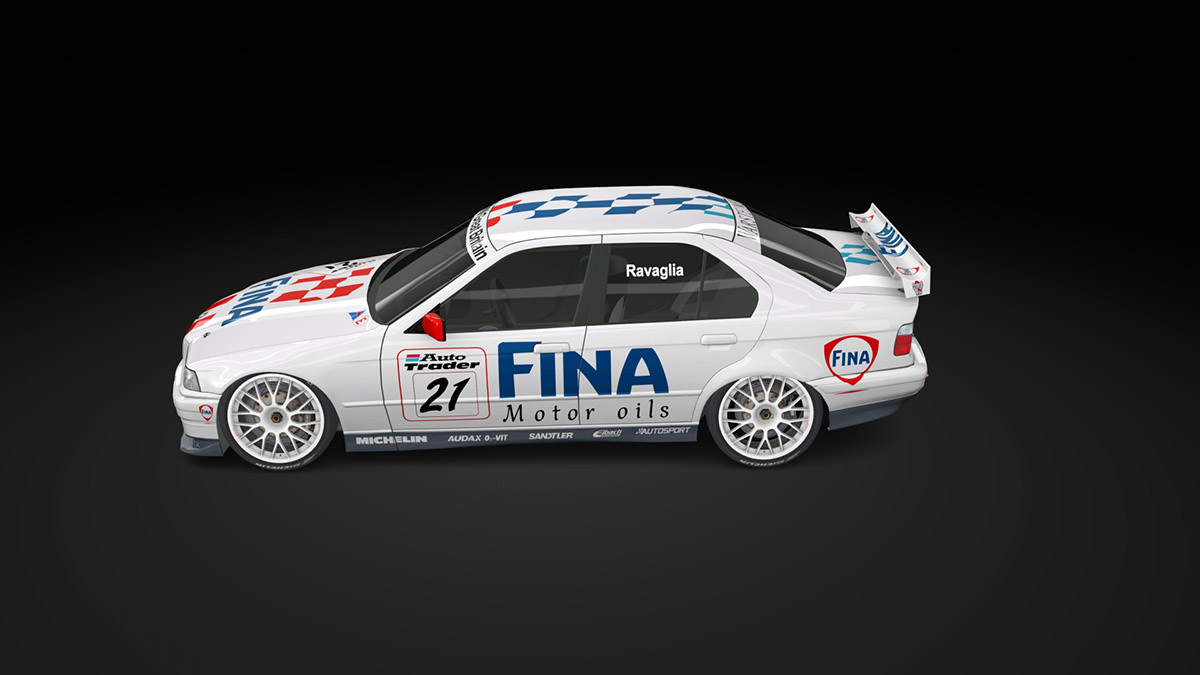 #20 was driven by Peter Kox, who was test driver at that time but competed in last 3 races of the season to help the team beat Volvo and finish 2nd in Constructors' championship behind dominant Audis. He scored one 2nd place finish at Brands Hatch. 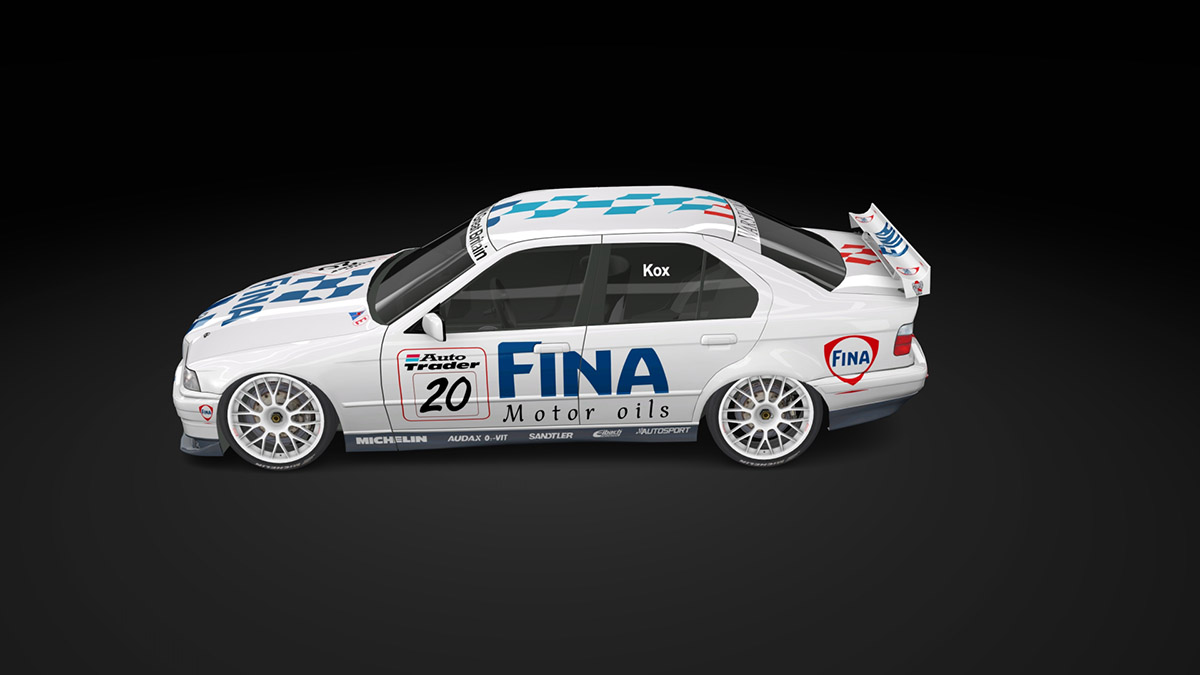 Instalation:
Drop three skin folders in the following folder:
C:\Program Files (x86)\Steam\steamapps\common\assettocorsa\content\cars\pm3dm_bmw_320i_stw\skins
C: is your drive, where you have installed Assetto Corsa and it might vary (for example D:, F: etc.)

Known issues, based on current limitations:
- Missing name on the rear window
- Shape of the number 2 slightly inaccurate compared to real photos

Original mod, that the skin is for:

Time has come! Initial release to get more feedback outside of our group, to help pushing these more forward. So we are bringing you are second car. Car is currently setup to be more safe, so it does understeer quite a bit, probably more then you...

Painting template for the 1998 BMW 320i STW/BTCC resolution is 6144x4096, I would typically do all my paint in that resolution, and then downscale it to 3072x2048, to get some finer transition, smoothing, ability for additional sharpening etc...

Excellent work, the only "very small" change i would make is the driver names on the windows i would move down a touch, on the real car, they was right in the middle of the window.