Log in to download, or make sure to confirm your account via email
Ask a question
Reviews (3) History
When I was a kid, I loved watching the International Race of Champions broadcasts on TV. Twelve drivers, from different disciplines of racing — NASCAR, IndyCar, SCCA, IMSA — competing in identically-prepared cars to determine who was the best driver. The races were always exciting, whether on the high banks of a NASCAR oval, or twisting around one of America's great road courses.


When I loaded up VRC's Chevrette 28 mod for the first time, and saw how close it was in appearance and sound to the IROC cars of 1989, I knew immediately that this was a project I simply had to take on. 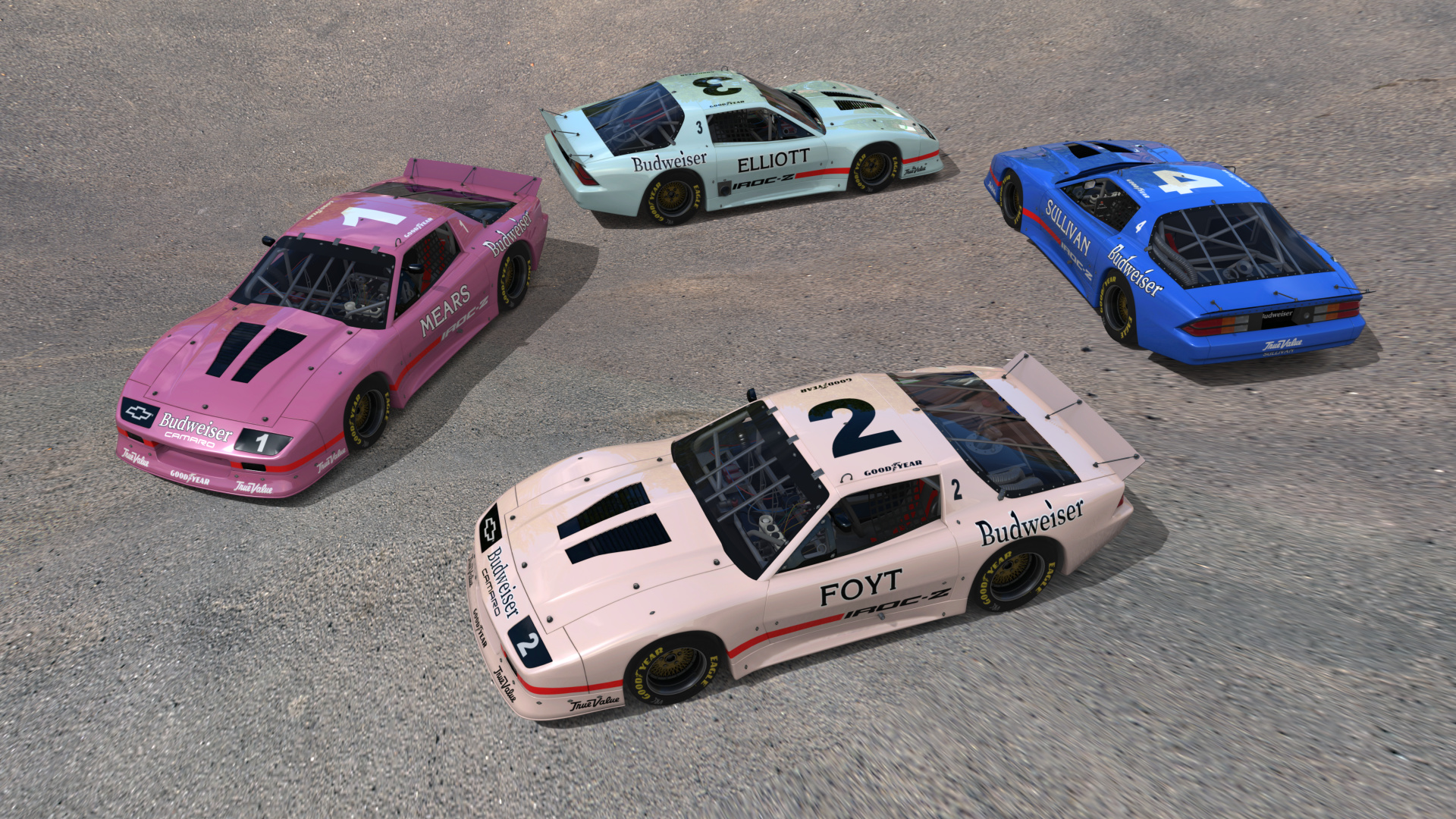 These 12 designs represent the car/color/driver assignments that were selected for the first race of the 1989 IROC Series, at Daytona International Speedway. The drivers and cars were shuffled around after each race, so even the other three races of 1989 would have different cars. 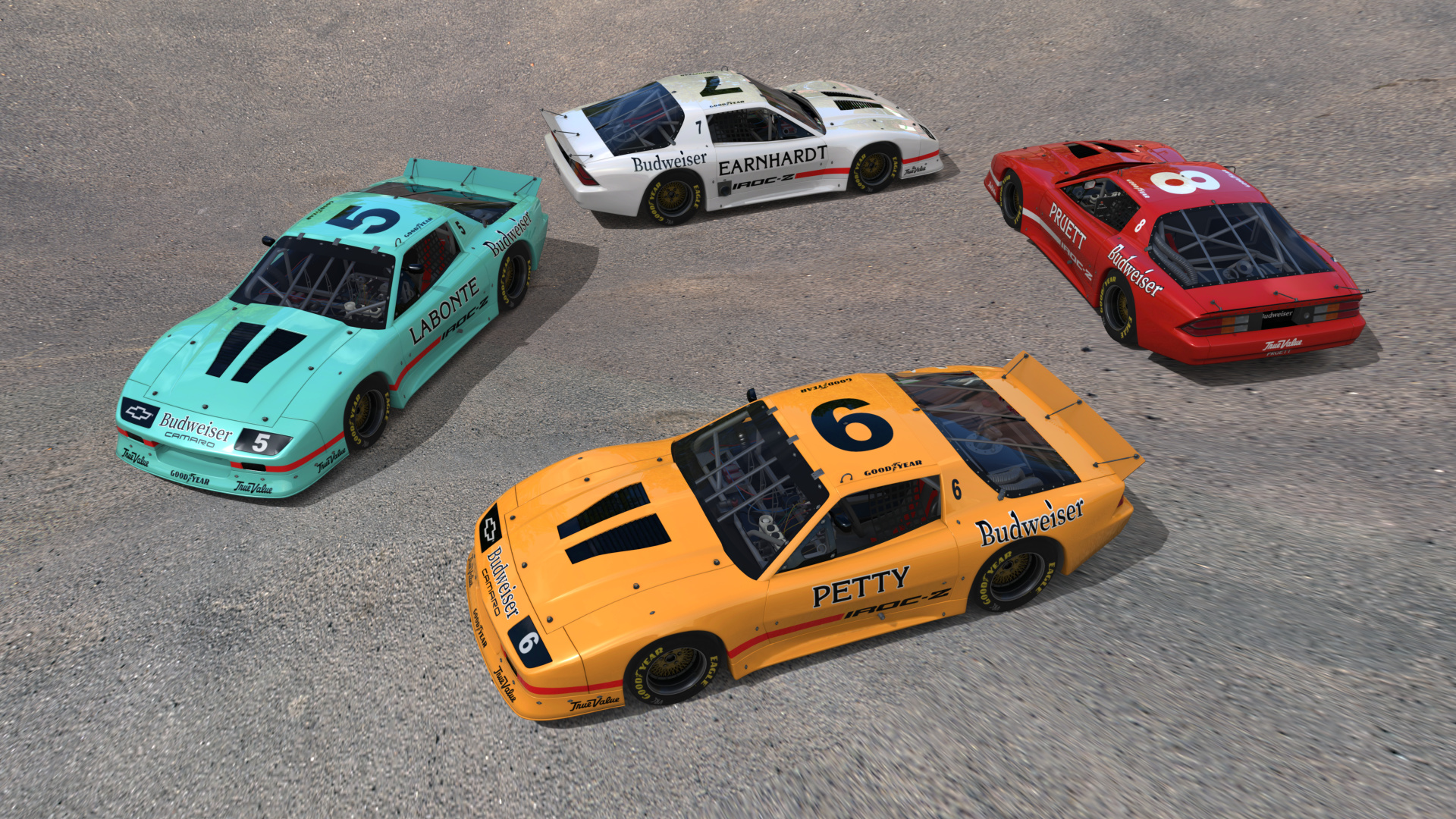 This specific season was particularly interesting because of the people who were involved. You had some of the most legendary drivers of the previous decades in the twilight of their driving careers, up against some of the best up-and-coming drivers who would dominate motorsport for the next decade and beyond. 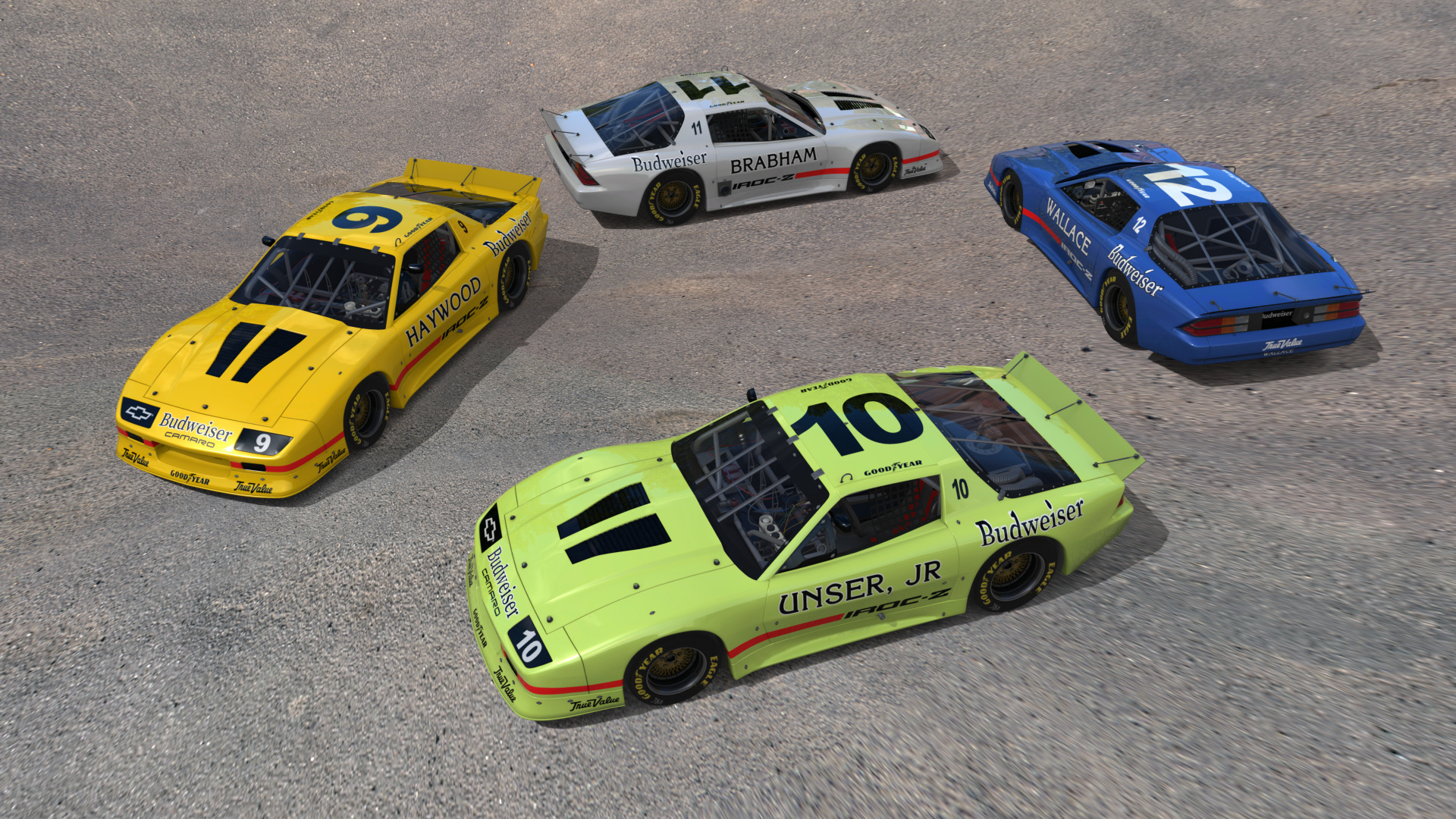 As a kid, just as I was captivated by the excitement of the racing, I also just loved the look of the cars. Solid colors, drivers' names on the door, and precious few other markings. There was something pure and simple about these liveries that coincided with the pure racing spirit of the series itself.

Each car comes with a matching pit stall skin with an "IROC '89" logo and a contemporary picture of the driver on each pit board.

The main skin files are each in 4k resolution but can be easily scaled down to 2k.


This project does still have a to-do list:
I hope you enjoy these as much as I did making them. Load up an AI race against the best race car drivers of 1989 on the Daytona oval and live out your childhood dreams of being in the International Race of Champions.

Thanks to Shaun Cole for featuring this pack on The Pit Stop!

Wonderfull
Upvote 0
Thank you twice. One for me and one for my grandson.
Upvote 0
Awesome. Thank you!
Upvote 0
Read more…