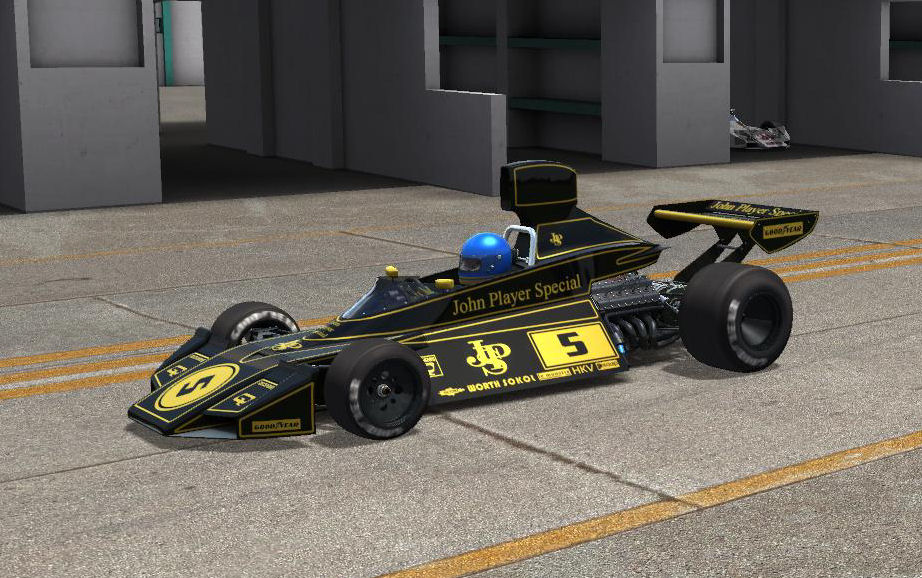 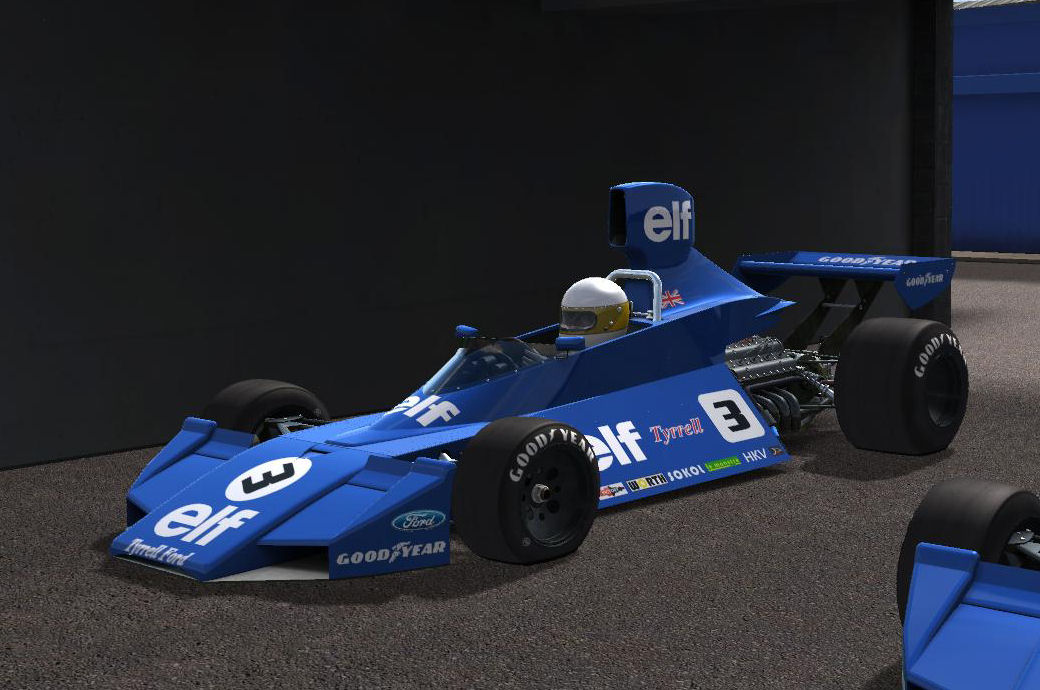 
I originally painted these 1975 skins for Game Stock Car Extreme a few years ago, using the orignal Retro car skins from Reiza.

1) this 1975 F1 car set appears in the main game Menu as a separate set of cars, and it will not replace or overwrite the original cars. It will not overwrite any original files.

2) Thanks to Jyri Kettunen who adjusted my original talent files to improve their accuracy against the real 1975 season.

3) srs file included which adds this car set to the main game Menu and creates a season that can be edited if you wish. You can choose to play the default cars, or this 1975 set instead.

PLEASE REMOVE any previous versions of this mod.

I highly recommend you use a mod manager utility such as Jonesoft Generic Mod Enabler, which will insert this skin set for you, and remove it whenever you want.

Copy contents of series, Vehicles\F_Retro and Talent\F_Retro75 into the corresponding Reiza folders.

As always, credit and thanks go to Reiza for their templates & files that have been painted or edited to create this set.


NOTE
These skins were not intended to be 100% accurate, I just wanted to create a set of skins that I could use for my own custom '75 season. But all names, teams and numbers are accurate, and all skins are a reasonable representation of the '75 version.

The talent files also reflect the performance of the 1975 grid, and have been edited further by Jyri Kettunen to improve the accuracy.

No physics files have been changed in any way, so this car set will behave exactly as the original, and is suitable for multiplayer online use, if all players use the same set.

1) added Vel's Parnelli Jones Racing #27 car.
This car uses the Copersucar shape and physics, and has been added into the Copersucar\1976 folder, alongside the default Copersucar.

I had a lot of fun today. Six stars.
Brilliant skin pack -- really adds to the flavor of the sim! Thanks so much for this. YouTube posting coming up.
Fantastic. This makes the game even better.
Thank you for the hard work.
beautiful
Excellent quality MOD. And more, when I was a teenager, my greatest heroes drove cars like this. +110
really nice. thank you
Thank you :) I've been waiting for something like this.
Your skinpack is a must for me.
Thanks again for this skinpack for AMS too, Keith! :)
Incredible job! Well done!
Great job!
Great job, excellent idea
Really cool new twist to the Retro cars..

Never really understood why nobody drove these cars on SCE. Hopefully that will change.
Good job body
Lemme be the first to say THANK YOU !
I have this for GSCE and, tbh, I was waiting AMS version of it.
It was worth of waiting, gotta say... :)
Now, let's blow our engines.
Read more…
3 comments
KartKraft | Fresh Hotfix Update Release Now Live
41 comments
F1 | Mercedes and Alpine Launch 2021 Challengers
32 comments
Assetto Corsa Competizione | Another Hotfix Release Is Here