Login or Register an account to download this content
Overview Updates (2) Reviews (7) History Discussion
Ask a question
Reviews (7) History
My first e30 DTM skin is a strict replica of the Mr. Juicy livery. The project was requested by a very patient Michael Henke . I believe the livery was raced in an Asian series.

The car was a challenge to replicate as many logos were obsolete or far too small for the 4K resolution I preferred the texture to have. Consequently, over 50% of the logos on the car are handmade to fit the body panels, including some of the sponsors whose modern logo configs were differently shaped.

Regarding the colors of the skin, I chose to replicate them from this more modern fidelity picture: 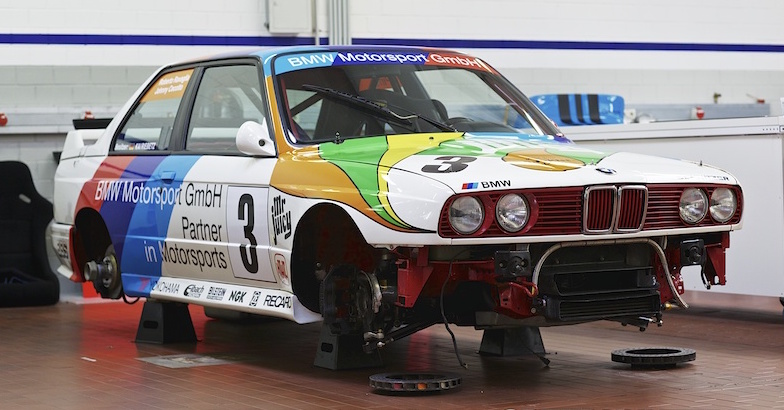 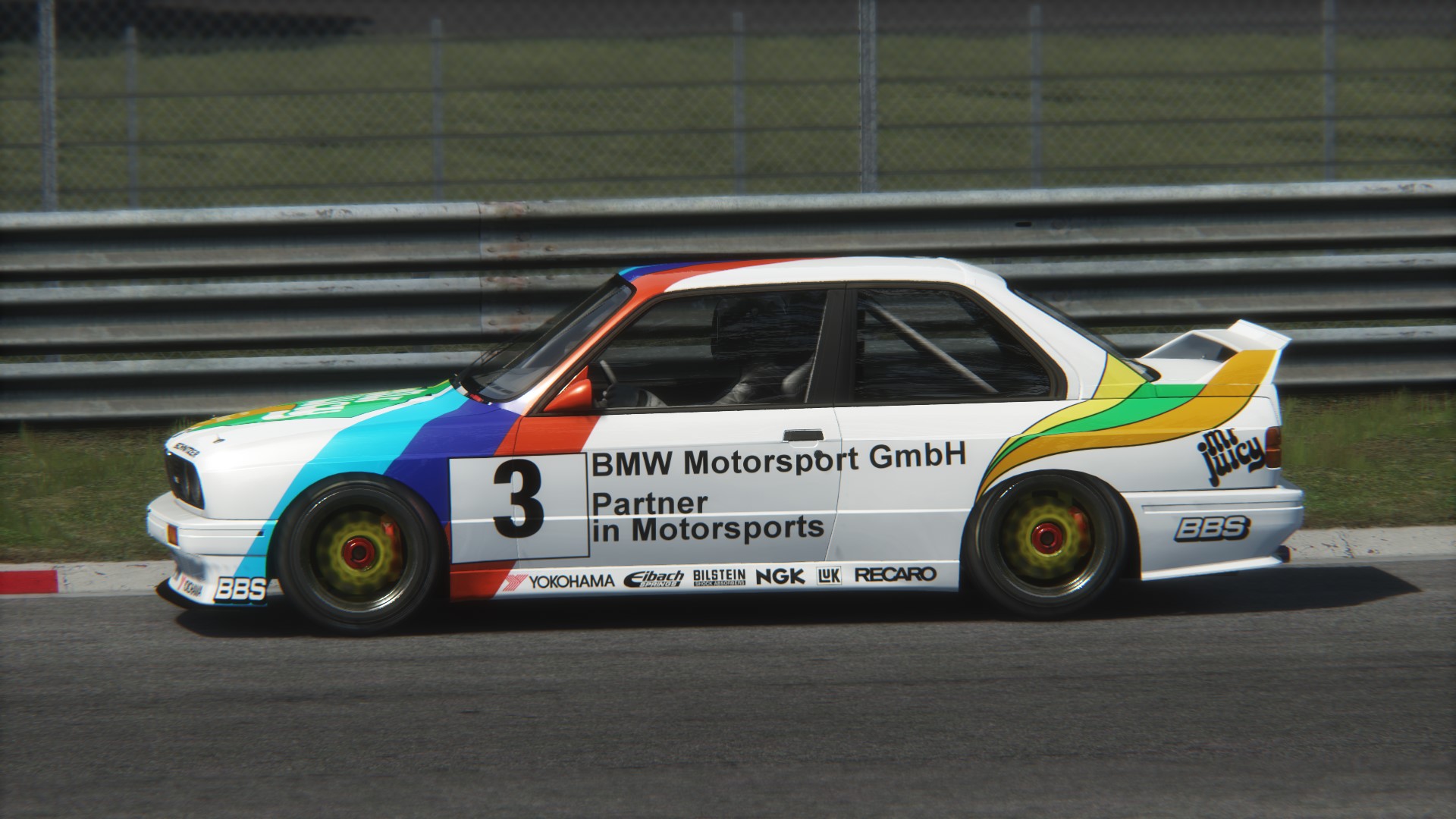 While the livery style and logo placement is representative of this picture:

I thought it best to trust the colors of the modern photograph, as the car would have most likely appeared that way instead of the yellowed colors of the old photos.

All photos were provided by Michael Henke in the process.

Bernd Graf
Ready to race the Merc DTM :)
Upvote 0 Downvote
Fantastic job!
Upvote 0 Downvote
Wow, 5 stars for the effort alone!! As a skin modder, I am aware of the pain and agony needed to create custom logo's identical to the real ones. Respect!! Nice livery for this car.

Bernd Graf
It was a fun project, taught me a lot about the pen tool :)
Upvote 0 Downvote
Excellent job!!! thank you

Bernd Graf
Glad you like it.
Upvote 0 Downvote
Read more…