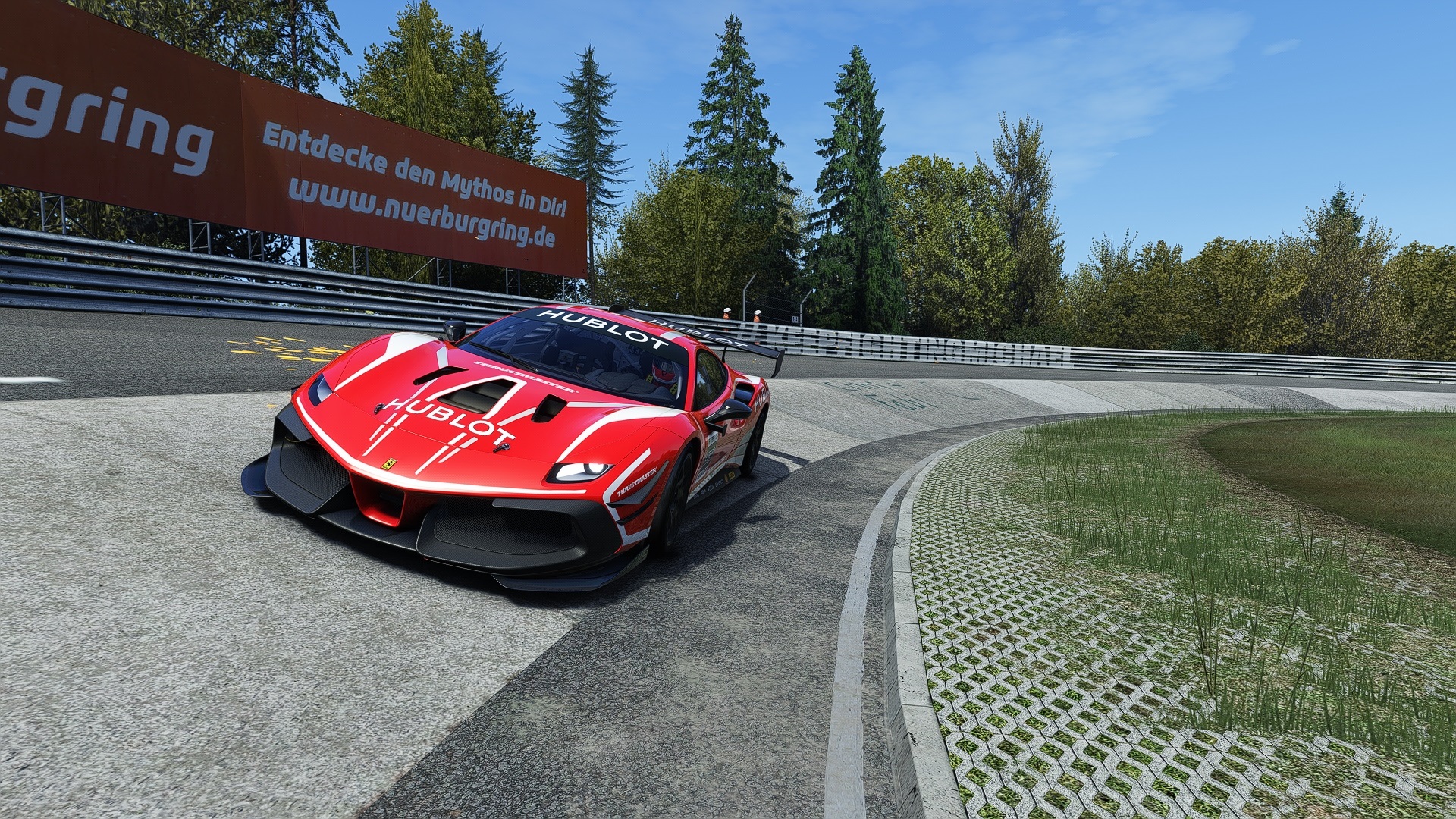 This is it. The qualification hotlap competition, the knockout races, the AM and PRO Championship events are all now a thing of the past - these next two days are all that matter - winner takes all.

Yes, the Ferrari Hublot Esport Series has reached a thrilling climax, just three races held over the next two days to decide which driver will go on to represent Ferrari in official Esport racing series, three last chances to deliver results that will quite literally offer a life-changing opportunity for one lucky virtual racer. 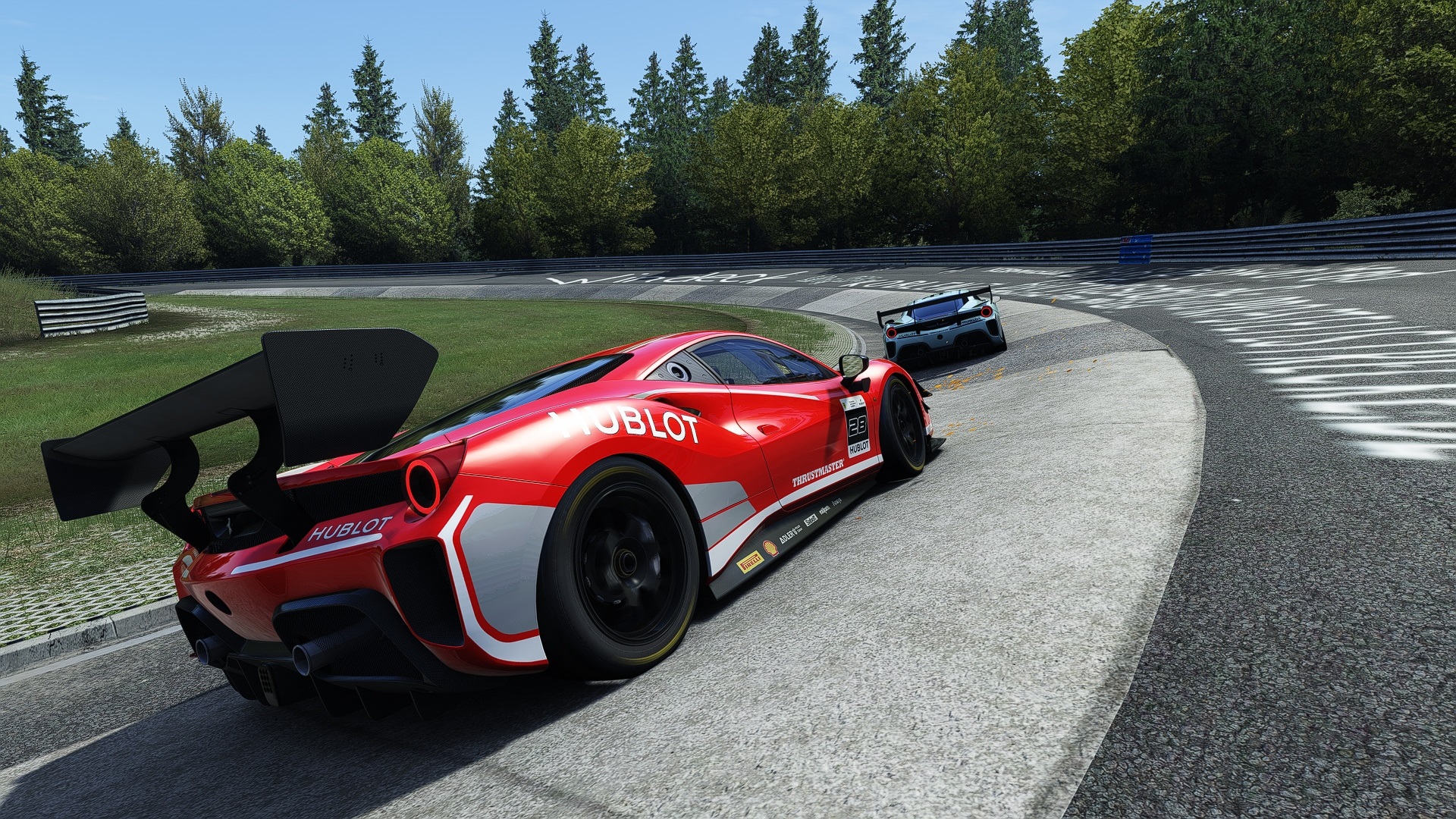 The last few weekends of racing have been intense in the series, and now both AM and PRO championships have been concluded we finally know which 24 drivers will join together in the final three rounds to battle it out for overall honours.

12 PRO racers, 12 AM drivers, Mugello, Nordschliefe and Monza. Friday and Saturday night action is set to be as intense as it gets.

Missed the action so far? No worries, check out this recap from the last main series race weekend below:


HOW TO WATCH LIVE

Unlike previous events this season, the grand final weekend will consist of three races over two days starting this evening at 19:00 UTC. Check out the broadcast details below: 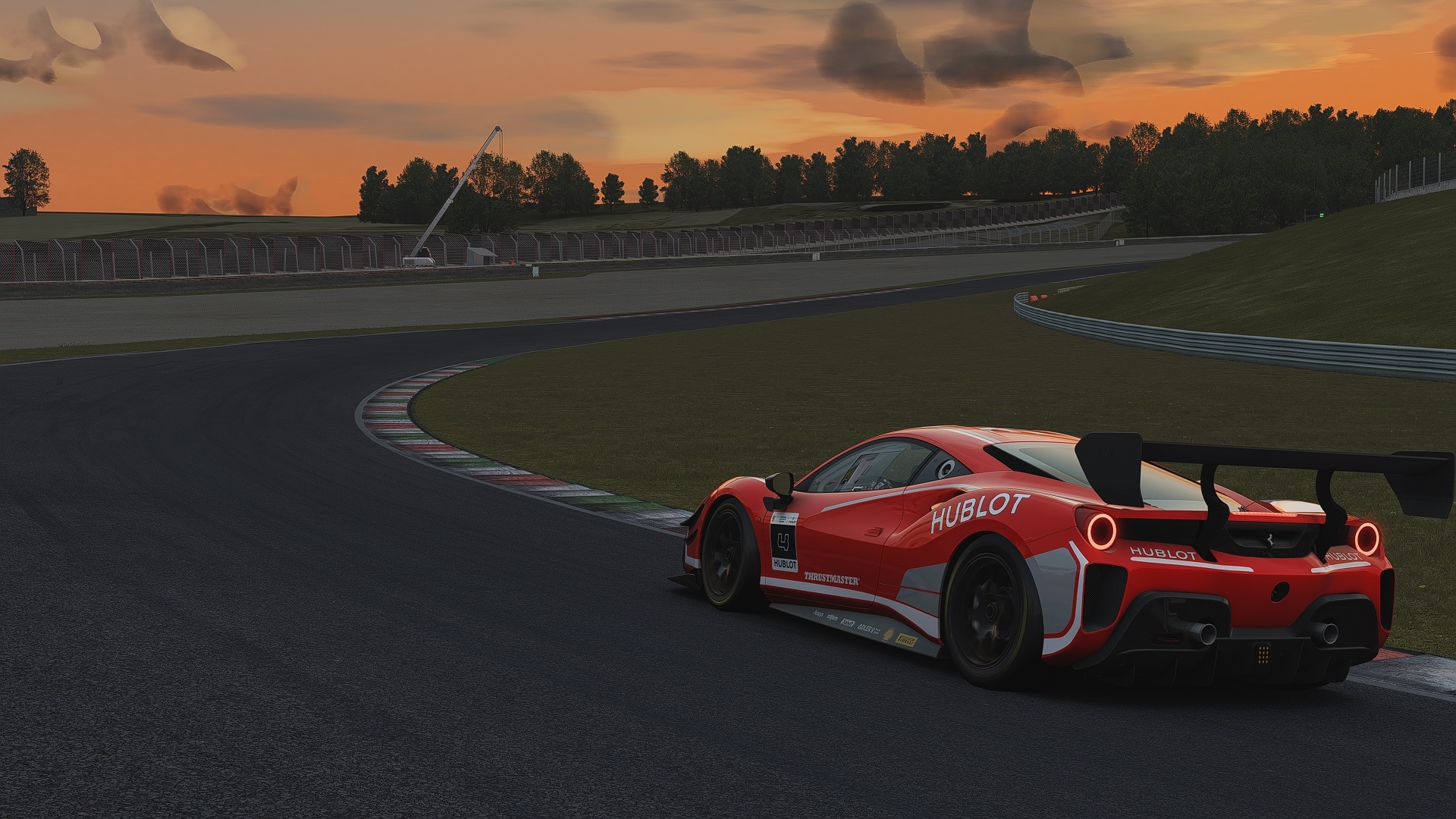 As per the main PRO and AM Series, the drivers will be awarded points based on their finishing positions, with the winner of each race taking home 25 points, down to 10th place. Each driver will start on a score of zero points heading into the first race at Mugello, and the driver with the highest overall points tally at the conclusion of action on Saturday evening will be crowned the overall champion, and offered a drive with the Ferrari Driver Academy Hublot Esport team. 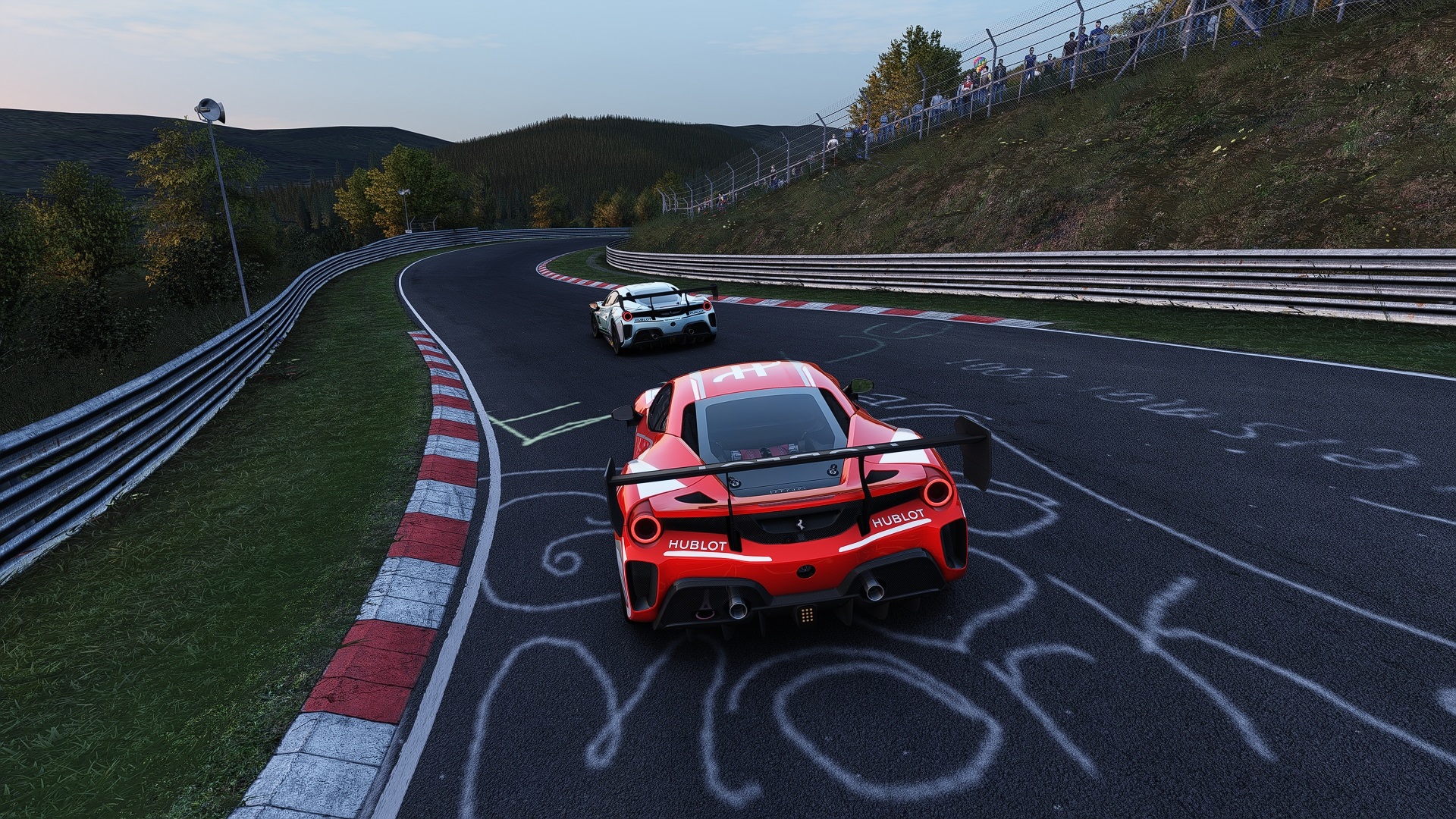 The top 12 finishers of the PRO and AM Series come together in a single field for these three races, with star names like Arnaud Lacombe and Josh Martin joining emerging talents the likes of Jarno Koch and Gianfranco Gigioli for these three important races.

So, what are these drivers racing for I hear you ask? Well, the prize is more than simply a drive for the FDA Hublot Esport team. The winning driver will become a professional Esport racer for Ferrari. Working from the team HQ in Maranello alongside the other Ferrari Driver Academy talents in both real and virtual racing, whoever takes home the top prize will become a paid professional racer - training themselves physically and mentally to race in some of the highest profile competitions in virtual racing, under the Ferrari banner.

The chance of a lifetime to turn our favourite hobby into a professional driving contract.... not bad at all! 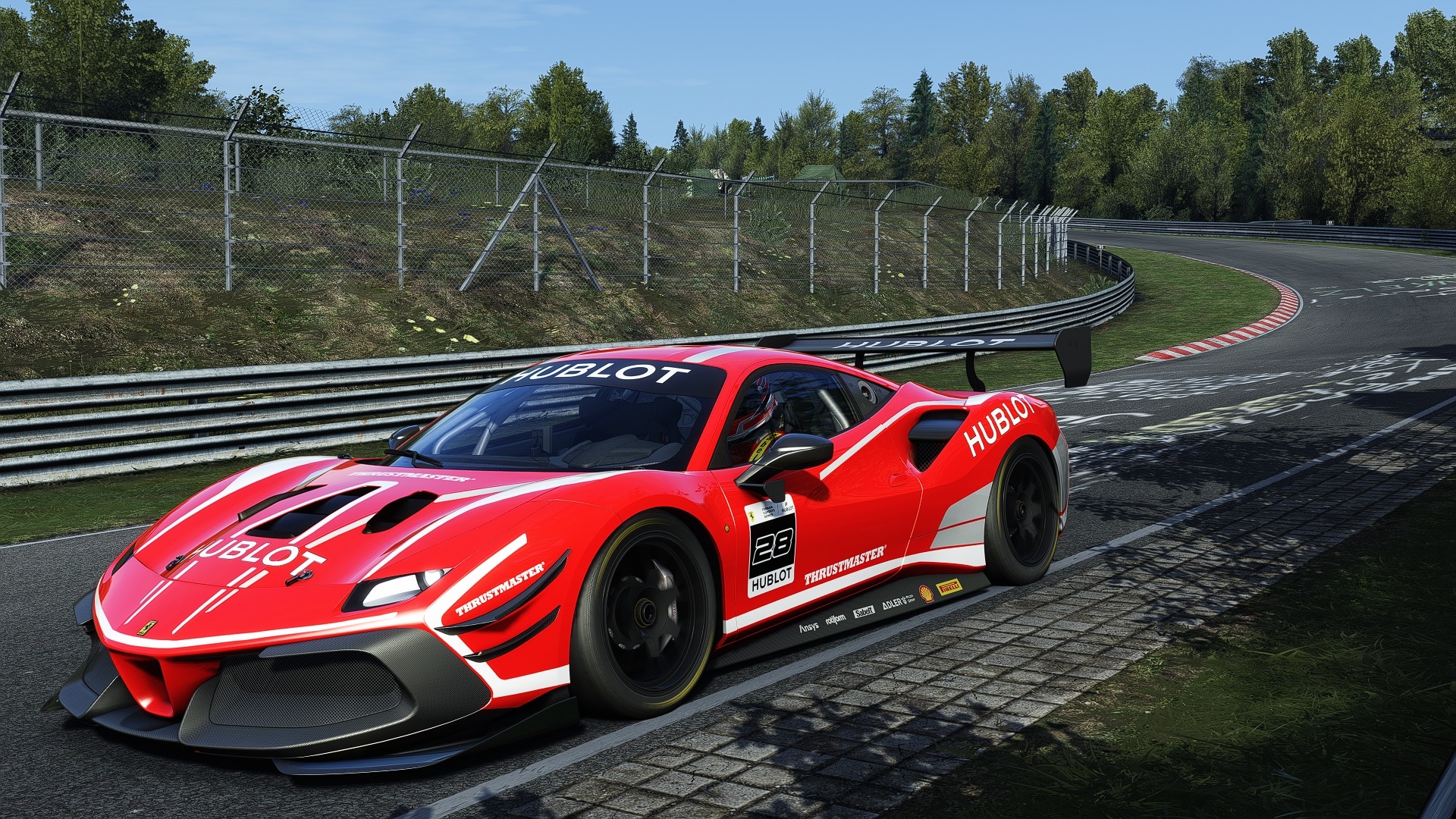 Is there a leaderboard?

Good luck to all the drivers!

Does anyone know if when this challenge is over
that they will release this car into the wild.
So everyone can use it.

rd.king said:
Does anyone know if when this challenge is over
that they will release this car into the wild.
So everyone can use it.
Click to expand...

I do hope so along with the tracks skins

ICYMI folks, you can catch the action from the final race at Monza again here:

I live outside the EU (Russia) and couldn't initially get the car, but by following the instructions here: https://www.racedepartment.com/downloads/ferrari-challenge-europe-2020.36153/ I was able to download it - and it is a great car!
T

rd.king said:
Does anyone know if when this challenge is over
that they will release this car into the wild.
So everyone can use it.
Click to expand...

I just dl it yesterday, tried it and yes.... one of the best race cars in AC as far as handling feel.
R

rd.king said:
so how do you redeem the dlc once you have the code
Click to expand...

Once you have the Steam code, in the Steam app, click 'Games', 'Activate a Product on Steam', 'Next', 'I Agree', and then enter the code. It will be downloaded from Steam and will appear as a DLC in Assetto Corsa.