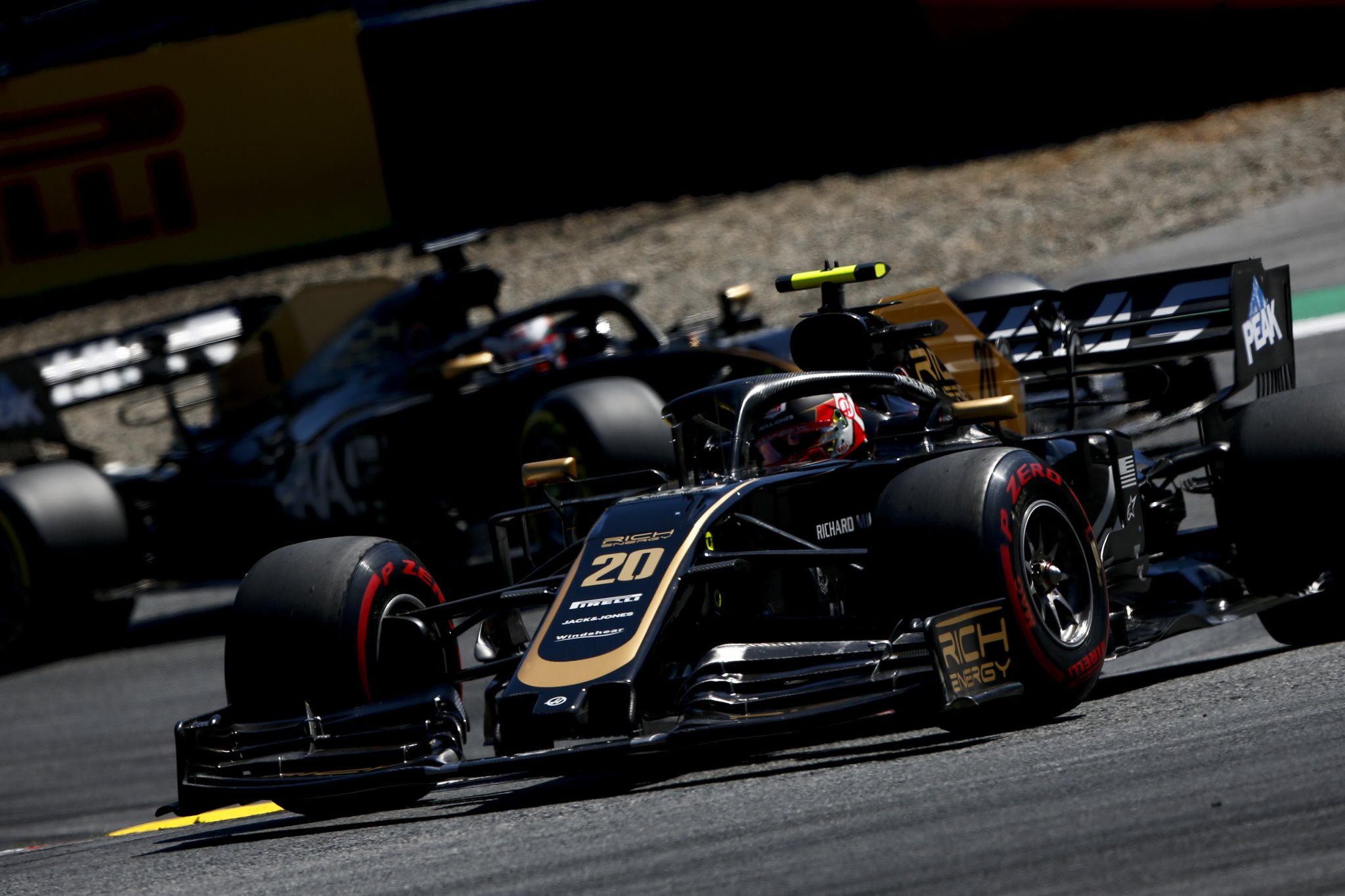 The saga of the energy drink that never was continues - Rich Energy confirm they have terminated their title sponsorship deal with the Haas F1 Team.

Never far away from the centre of a storm at any given time, the UK based Rich Energy drinks company have today confirmed they have terminated their title sponsorship of the Haas F1 Team Formula One squad with immediate effect - putting to an end what has been an often incredible and occasionally hilarious stay in the top flight of motorsport.

Having been taken to court, ridiculed by many and generally brought more harm than good to Haas and the sport, it looks like the energy drink maker are now finally departing Formula One less than one year after crashing onto the scene with the black and gold liveried Haas VF-19.

In typical Rich Energy style, their departure from the team was once again crowded in ridiculousness.. the British energy drink maker claiming they wish to terminate their association with the team due to recent poor performances delivering results below expectation of the brand - nothing whatsoever to do with the fact they have apparently sold very few units of their drink, the ongoing legal wrangle over the use of the stag logo and pretty much everyone in the sport laughing either to their face or behind their backs.

The announcement, made on Wednesday 10th July, comes just ahead of the British Grand Prix and was made via the Rich Energy social media account. 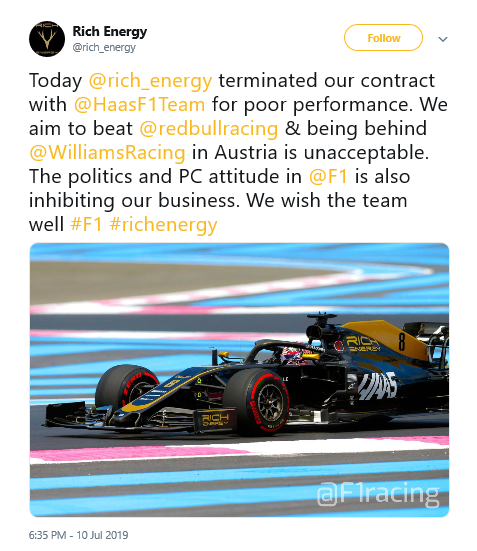 If you aren't familiar with said social media account, you may want to catch up on some of the "interesting" things they have been tweeting recently, by reading the recent article we published HERE.

With Rich Energy now out of the picture for Haas F1, it remains to be seen how the potential financial loss will be dealt with by the small American squad.

My god, they have no class whatsoever do they?

Absolutely no self awareness

Sorry, didn't know a phoney baloney energy drink company (which, by my estimation is probably a money laundering operation for some kind of illicit activity) had anything at all to do with car development.

Good riddance, this has been a massive distraction and I think Haas will be better without them. 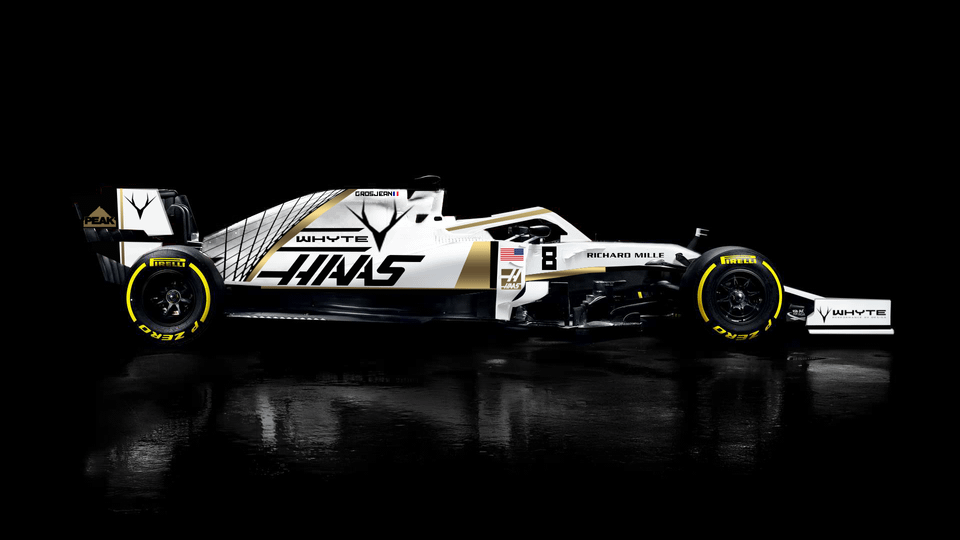 I'm sure I'm not the only one. This reminds me of that annoying shitty co-workers that finally got canned but tells everyone they quit
H

It was refreshing to have an American team in F1. I hope someone shows up to support the Haas team going forward.

At least, Uncle Warren has the dough to support an F1 team. Maybe he could convince his best bud, Bill Gates, to throw in some change into the adventure as well?

I'm sure they're probably too small of a company (and realistic unlike Rich), but wouldn't that be amazing if Whyte picked up Haas to sponsor. The irony and troll effect would be priceless and imagine if the settlement paid for the sponsorship fees!

Looks like the tweet was made by some of those ignorant fans who think that Norris (or any other good driver on a slower car) sucks because he never finishes 1st.
Do they even know the budget difference between Haas and RedBullRacing?

Zero class by Rich Energy, they won't be missed.

Now read that tweet with an Irish accent
S

Rich Energy sounds like the name of a cruise ship entertainer

Waiting for the tweet for Peter Windsor, something like he can't beat WTF1 or Autosport in view counts... SMH

Sporadik said:
I'm sure they're probably too small of a company (and realistic unlike Rich), but wouldn't that be amazing if Whyte picked up Haas to sponsor. The irony and troll effect would be priceless and imagine if the settlement paid for the sponsorship fees!
Click to expand...

Kinda hope Haas gets in touch with them to ask if they can put their logo on the car next round just a final 'screw you' to RE. That would be fantastic.

I can imagine a number of US-based sponsors jumping on this and providing Haas F1 with a completely new livery. Coca Cola. Walmart. McDonald's. Dominoes. 7-11

A big thank you to Rich Energy for the fun ride
You must log in or register to reply here.