This may just be my game - but I can't take screen caps in replay mode.

it works fine if I am driving and hit f12 - but it doesn't work in replay mode, is anyone else having the same problem or any suggestions on what to try to fix it?

I tried creating a second profile - but no use so I am going to try a second install of Race On tonight and see what happens.
J

Oh forgot one things I had spotted with Kristian Poulsen - WTCC 2008:

In the version I had (beta from Simbin) (what i found)
I already sent them to Simbin a week ago.

Volvo C30 (WTCC) - Brake discs always glow
Camaro (street version) - Gauges in interior not working
Lada 110 - Shapovalov, skin mistake at the back, no stripes on red reflective part in center. Ladygin and van Lagen correct
BMW e90 WTCC - Both Turkish drivers. One has Russian flags, the other has Turkish flag upside down on rear window.

Tracks:
Road America - A lot of kerbs are vanished, but you still feel them. The outside of T5, T6 and T8 don't have kerbs.
Especially T5 you can feel them. As far i remember in Race Pro they're visible..

Even though they have included his car in the blue livery - they have his team down as Wiechers Sport rather than Poulsen Motorpsort (or whatever his own team is called)
Click to expand...

Kristian Poulsen has driven for two teams.
In round 10 he drove for Wiechers
And in 6-8 he drove for Poulsen.
R

Johan Top said:
Kristian Poulsen has driven for two teams.
In round 10 he drove for Wiechers
And in 6-8 he drove for Poulsen.
Click to expand...

Yes, but in the game they have kind of mixed both together - so you have the round 6 -8 skin with the team name from round 10 :wink2:

They probably got a bit confused :wink2:

Tried a fresh re-install, installing as an addon onto my copy of STCC The Game but still can't take screen grabs in replay mode

I wonder if its some bizarre glitch with my computer - as the filters never worked in Race 07 for me - there used to always be one car that the filters wouldn't include.

AI do not change tire compounds when the weather changes.

If it starts to rain during a race, the AI pit but do not change to wet tires. The get another set of drys and then pit every lap afterwards until end of race.

Same happens if it dries up during a race that started in the rain.

Makes it pointless to have changeable weather with AI. 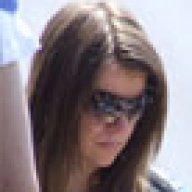 Strange Demo bug (maybe happens in the full version too).
I had two races online on Oschersleben. 1st was OK, no bugs. But in the second, it didn't count my laps... I never noticed anything like this before so it's a new thing for sure! 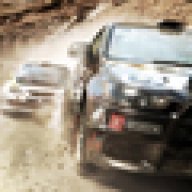 In the race version of the Camaro there is the stock seats AND a race seat. Come on guys. That's pretty half assed.
G

Oh I hope that means a patch is on the way.
J

Just before I go under the bridge at Port Oscar on Pau - on the left of the screen there is a black hole where the graphics for the side of the bridge are missing.

Similar thing on Gothenburg, the first warehouse you come to, on the corner of turns 5/6 I have the loading bays showing - but the side of the building is just black, as there are no graphics showing the side of the warehouse.
D

Doesnt hapen for me?

What gfx card you using?
J

dr_repo said:
Doesnt hapen for me?

I'm using an NVidia 8800 GTS 512 - I previously had STCC The Game installed and didn't have the problem, but I think I'm cursed - I always seem to have one bizarre problem with Race 07, GTR Evo, STCC, Race On that no-one else seems to have:tongue:

To be honest now I've done a few races on both tracks, I've stopped noticing it. Hopefully it won't happen when I re-install the game when my copy of Windows 7 comes.
D

Sounds like a heat issue on the card. Have you over clocked the card?

Also i have had one of these cards and i also had a problem with my power supply being too weak. I had to upgrade from 550watt to at least 650 watt.

Fixed it for me.