Two rounds down, two to go in the PRO and AM Ferrari Hublot Esport Series this Sunday - find out how to watch, and who's hot ahead of the Nürburgring race meeting.

Throw together 18 professional Esport racers, a sprinkling of sim racing YouTubers and a couple of Ferrari drivers from the GT World Challenge, put them into identical Ferrari 488 Challenge EVO cars and set them free on a collection of iconic racing venues for a 30-minute sprint to the flag, and you will have yourself a recipe for some pretty exciting racing. That's what Ferrari decided to do for this four round esport series, and so far it's proving to be a spectacular success.


Last time out at the tight and twisty Zandvoort Circuit the racing in both the PRO series and the AM category for qualified drivers via the tough as it gets knockout stages were outstanding. Both categories produced a racing spectacle that seems impossible considering the tight nature of the Dutch venue. 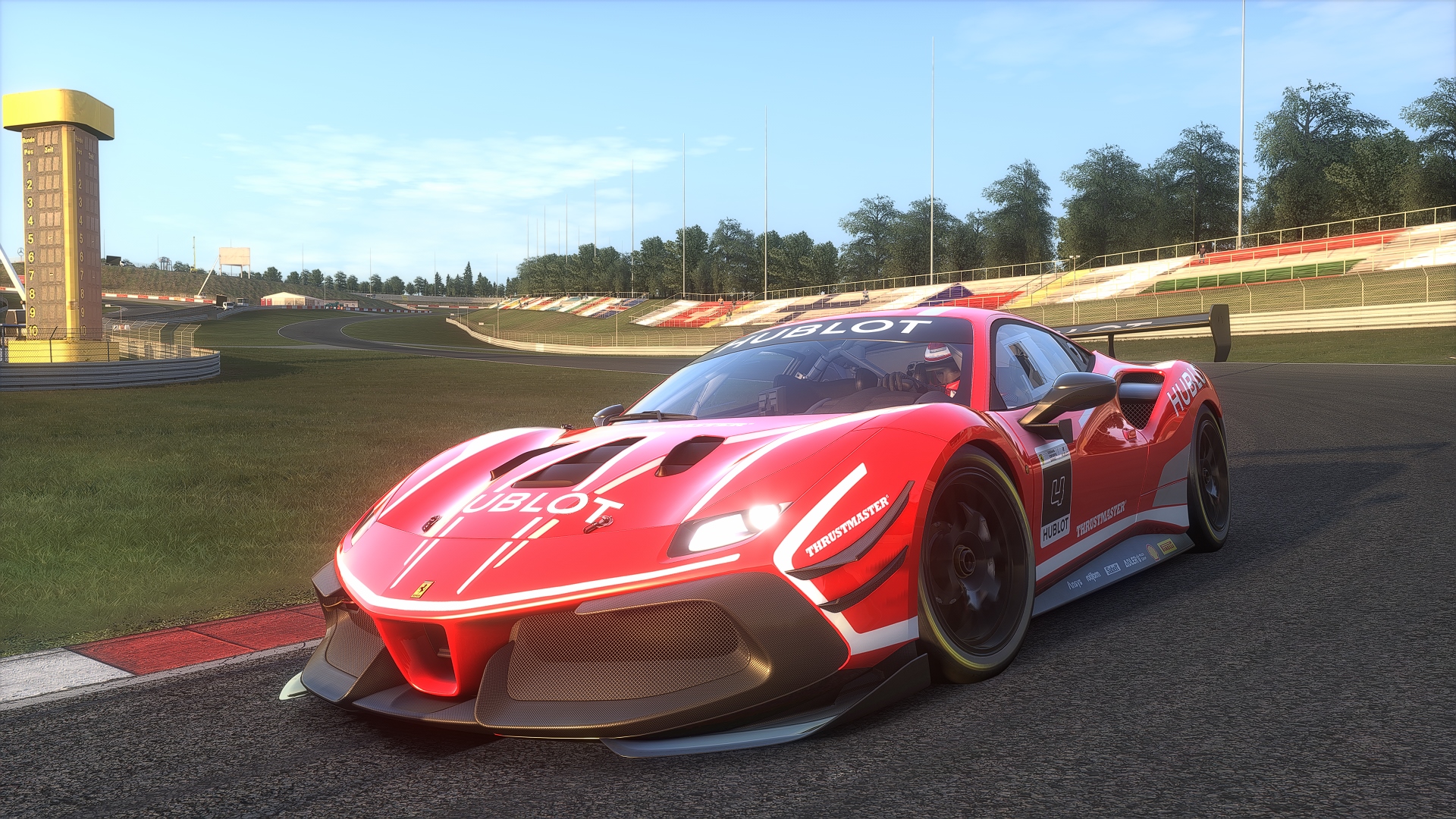 Our fears were proven to be unfounded come the chequered flag, with two excellent showcases of how esport sprint racing should be done. Hard fights, deserving winners and a fascinating run into the final two rounds of the season were just reward for the endeavours of our sim racing grid - and we do it all again this Sunday at the German Nürburgring venue!


That was all in the past however, now it is time to look forward to the final two events of the main series, as we edge closer to deciding not only the respective category champions, but also the all-important top 12 from each series that will move forward into a winner takes all Grand Final event in November.

As usual, the Ferrari Hublot Esport Series will take place live and exclusive on the Ferrari YouTube and Social Media channels. Event coverage from Nicki Shields and Paul Jeffrey will take place from 18:00 UTC, followed by first the PRO and then AM 30-minute races. You can catch all the action on the links below:

In the AM category we have drivers who came through the incredibly tough qualification process for this new series. Having to first set a top 24 leaderboard time ahead of the event, the drivers then needed to navigate through a 30-minute knockout race and secure a top 6 finish in order to qualify.

With such a difficult process undertaken, it's no wonder we have some fine talents lining up within the series; expect big things on Sunday and in future endeavours from these talented racers.

For the PRO category we have a mix of professional sim racers, real world drivers and sim racing YouTube personalities, bringing together an impressive mix of driving talent capable of producing the goods out on track in spectacular fashion. Many of the names in this series will be familiar to RaceDepartment fans, with SRO E-Sport Series regulars Samir Ibraimi, Arnaud Lamcombe and Kamil Pawlowski, RaceDepartment's own Aenore Cavillon and Tariq Gamil, YouTuber Chris Haye and real world Ferrari drivers David Perel and Romain Monte just some of the noteworthy names within the field. 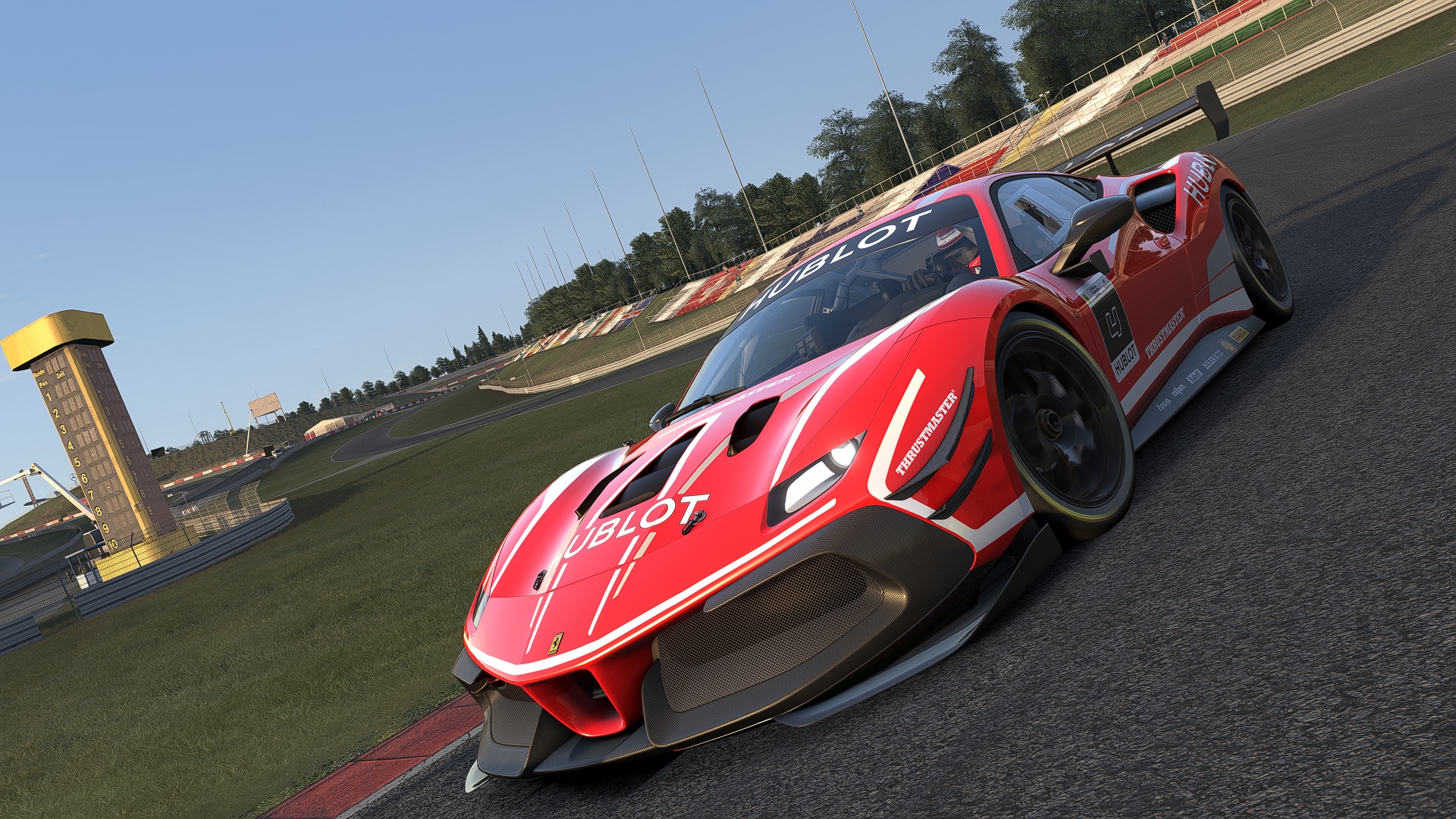 Following the same points allocation as applied to Formula One racing, 25 points are awarded to the race winner of each category, 18 for second, 15 for third all the way down to 10th position at the flag. With two rounds completed, in the PRO series it is Frenchman Arnaud Lacombe who heads the table with a perfect score of 50 from the opening encounters, 14 clear of double runner-up Giovanni De Salvo and double third placed man Kamil Pawlowski six further points in arrears.

For the AM Championship a similar story applies to Jarno Koch, the double race winner securing the most recent of his 25 point haul thanks to an audacious last minute overtake for race victory last time out in the Netherlands, demoting Gianfranco Gigioli to his second consecutive runners-up finish from the opening two rounds of the year. In third place sits Marco Panero on 27 points courtesy of a third and fourth place finish at Monza and Zandvoort respectively.

The third round of the Ferrari Hublot Esport Series takes place on Sunday 18th October from 18:00 UTC - catch all the action as it happens live and exclusive on the Ferrari YouTube Channel - HERE.​ 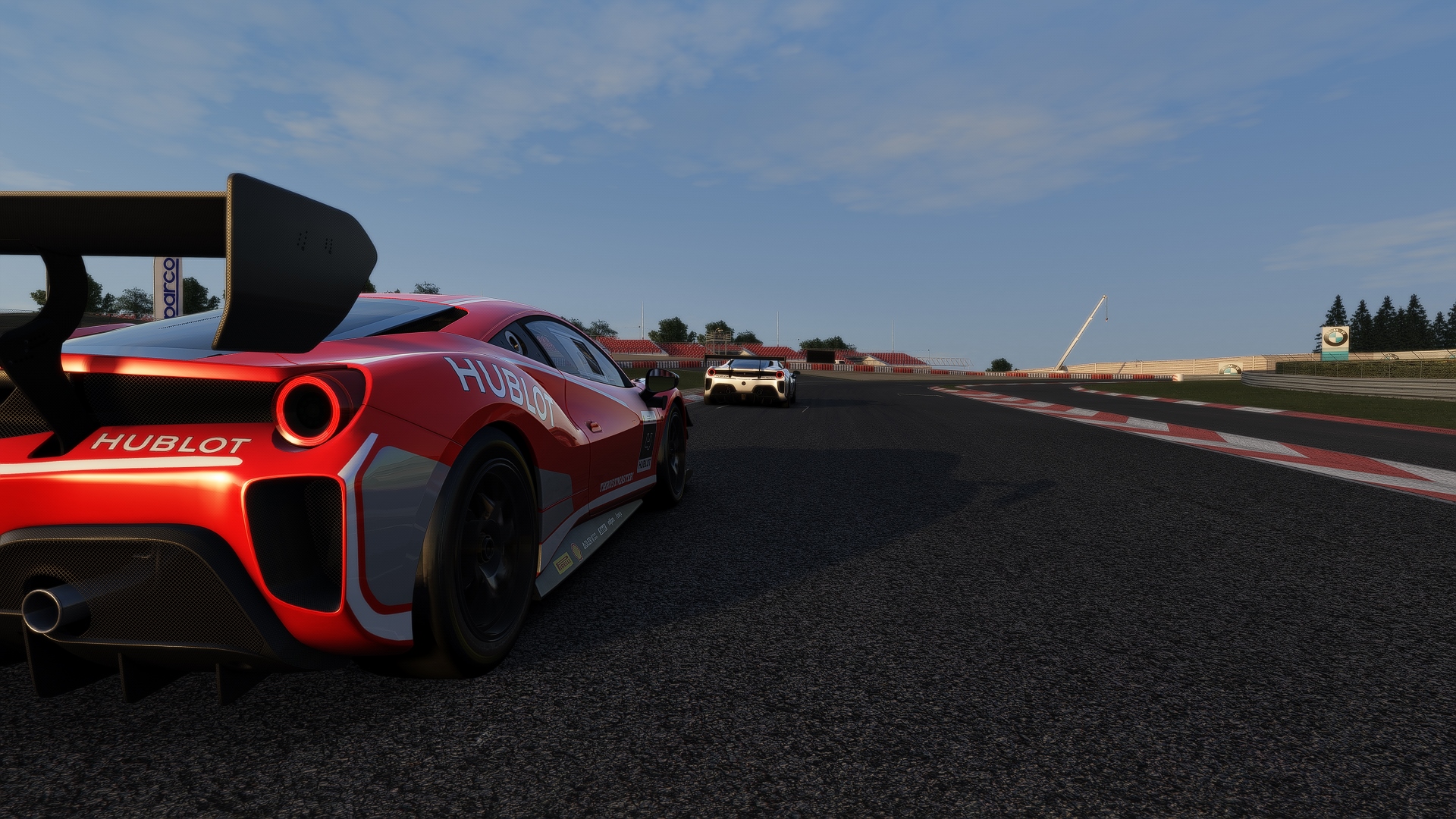 Until I learned that I'm 7 seconds off the pace in Spa I was really motivated to participate in this.
Upvote 0 Downvote

I'm too scared to even try and set a time! I enjoy pretending I could compete with them, without the need to see evidence it's not going to be possible!

I registred myself, but could really set times etc. But just out of curiosity - what times were needed on Silverstone, Spa, Barcelona and Imola to qualify for the quali races? I did not find any tables.
Upvote 0 Downvote

I actually had to look up the word "Penultimate". My mom always said I should have paid more attention in school and this is another shining example of her being coorect. Back onto the topic... a nice write up once again Paul, thanks.
Upvote 0 Downvote

Bonehead said:
I actually had to look up the word "Penultimate". My mom always said I should have paid more attention in school and this is another shining example of her being coorect. Back onto the topic... a nice write up once again Paul, thanks.
Click to expand...

I've noticed Brits seem to use it a lot. I've barely ever heard it used in the USA. In the USA, I think we tend to just say "second to last" like the knuckle dragging colonials we are.
Upvote 0 Downvote

Video on Demand (VOD) for the Nürburgring races can be found on YouTube, here:

Highsider. said:
I registred myself, but could really set times etc. But just out of curiosity - what times were needed on Silverstone, Spa, Barcelona and Imola to qualify for the quali races? I did not find any tables.
Click to expand...

Funny, if I compare all these times to mine, then I'm very consistent. Consistently 7 seconds slower. ... What does it mean though?
Upvote 0 Downvote

fatal4you said:
Funny, if I compare all these times to mine, then I'm very consistent. Consistently 7 seconds slower. ... What does it mean though?
Click to expand...

only need practice
Upvote 0 Downvote
You must log in or register to reply here.