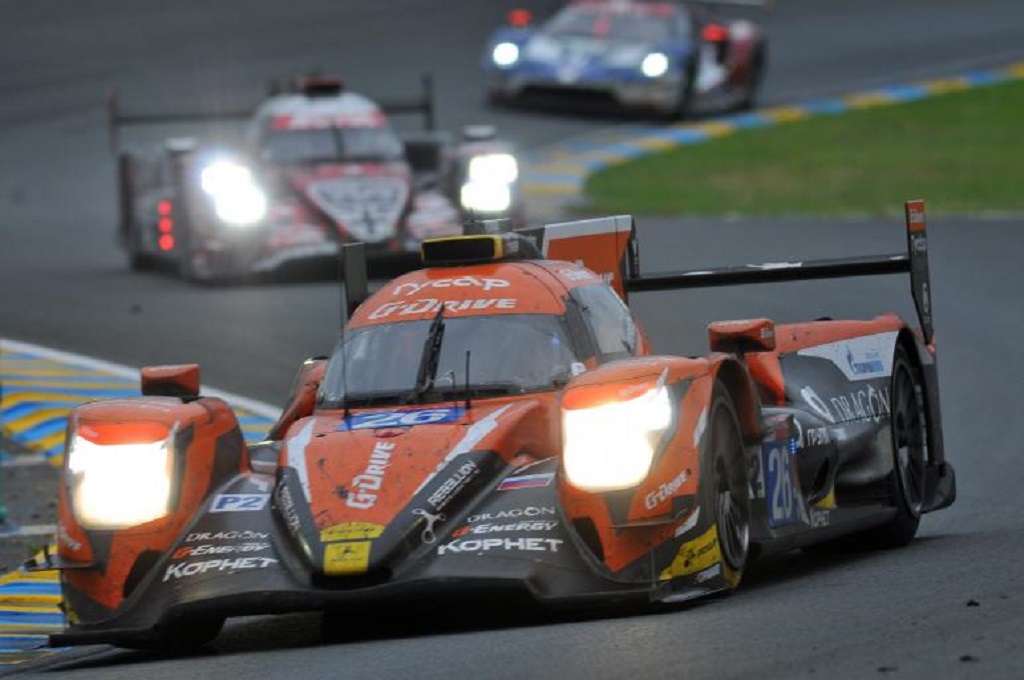 G-Drive Racing have retrospectively lost their LMP2 victory at Le Mans, after an illegal refuelling device was found in the Russian car.

Falling foul of post race scrutineering at the Circuit de la Sarthe, G-Drive Racing and drivers Roman Rusinov, Jean-Eric Vergne and Andrea Pizzitola have been excluded from the race results of the 86th Le Mans 24 Hours, stripping the team of their LMP2 class victory and handing the trophy to the second place finishing #36 Signatech Alpine Oreca of Nicolas Lapierre, Andre Negrao and Pierre Thiriet.

According to a stewards bulletin released today, G-Drive have reportedly been found to have a device fitted to the #26 Oreca that allows for a faster refuelling time than would ordinarily been the case, enough of a mistake to end a dominant performance in inglorious fashion for one of the most impressive teams of the LMP2 category last weekend.

"The technical delegates issued a report to the Stewards that “an additional machined part not featuring in the drawing is inserted into the flow restrictor, changing the wetted restrictor surface described by the regulatory drawing.

"The Technical Delegates provided the Stewards with photos of the restrictor, the referenced part and its assembly to the “dead man valve”.

"The contested part is a machined part that extends from the dead man valve and inserts inside the cone of the Flow Restrictor.

"The Technical Delegates stated to the Stewards that they started their investigation of the competitor’s refuelling system following the race when they noted the competitor was able to refuel significantly faster than any of their competitors."

Unfortunately the fourth placed G-Drive racing car of Loic Duval, Matthieu Vaxiviere and Francois Perrodo would also fall foul of this misdemeanour, with exclusion the end result for the #28 and promoting the United Autosports run Ligier of Juan Pablo Montoya, Will Owen and Hugo de Sadeleer to the final place on the LMP2 podium.

Can't get enough of #LM24?
Continue reading the rest of our 2018 24 Hours of Le Mans files or subscribe to our social media channels for more from Le Mans, Sim Racing and the wonderful world of motorsport: Twitter, Facebook and Instagram.

Accident or on purpose? What is your opinion of the G-Drive Racing transgression last weekend? Let us know in the comments section below!
Last edited: Jun 18, 2018
Click to expand...

its imo bull and now French team wins the French race. Simular that several years ago a Dutch Truck was DQ'ed in Dakar because off a stupid plastic item on the bumper or so. This part did not even had influence on driving but in this way a another team from (you may guess which country ) could win the Dakar Rally
S

This race was more fixed than a coconut throwing game in a nascar-themed carnival being run by the pakistan cricket team.
Last edited: Jun 18, 2018

Unbelievable. Those Russians...
And I was happy for Jean-Eric, dammit...
U

On one side, it's well... Russians cheating in sports, what a surprise. But on the other hand, what a surprise that they DQ them so a French team can finally win something.. Both sides of the coin stink to me there

Yeah, not like they were cheating on darn Olympics games itself, why would they do it here, too ?

They either did something wrong or did not, regardless of a French team inheriting the win. In this case it appears they clearly cheated, there does not always have to be a big conspiracy, they broke the rules then that's the risk you take.

Why not a P1 penalty, encumbered win, and they can't use the win for the playoffs?
D

American athletes are on all kinds of drugs as the hack of medical records revealed.
J

What's the weather like in St Petersburg tovarish? Russian team, owned and driven by the son of a corrupt Russian Oligarch (successful thief) found cheating in world's most important race. Surely not!

I find it funny that people assume there's a conspiricy going on because the winner was DQ'd over cheating and that the second place car just so happened to have been French. I could understand if the entire podium was junked just for the hell of it, but these guys were clearly cheating. If it had been, say, an Italian crew, there would have been no complaints.

(Now if the guys in second place had been German, I have no doubt there would be plenty of jokes going around...)

dcollins22585 said:
American athletes are on all kinds of drugs as the hack of medical records revealed.
Click to expand...

Saying a thing doesn't make it true. Put up facts or keep that to yourself! Typical Kremlin "what aboutism" talking point. To hell with taking responsibility, right ??? Make unsubstantiated claims and argue since someone else allegedly got away with it then so should we.

well, if it wasn't allowed to mess with it ( even-though it says that it wasn't clearly dis-allowed) , they risked it and it didn't work out

it's a silly that LMP1, GTPRO and GTAM have minimum speed of fuel flow, and on LMP2 it wasn't set, and now big surprsie that LMP2 team tried to bend the rules a bit

anyhow, it's bad for the sport , although what organizers did is a good decision, hopefully will prevent others from trying to cheat
D

CobraCat said:
Saying a thing doesn't make it true. Put up facts or keep that to yourself! Typical Kremlin "what aboutism" talking point. To hell with taking responsibility, right ??? Make unsubstantiated claims and argue since someone else allegedly got away with it then so should we.
Click to expand...

Do a quick google search of WADA hack. In most cases all you need is a doctor willing to write a prescription. The Williams sisters and the gymnastics teams are loaded with unhealthy individuals prescribed drugs that enhance your performance. BTW I'm American.
R

Yes, that was dumb - I doubt it got them the three lap lead though, so why didn't they just race without trying to bend the rules? presumably they stuck this piece in after scrutineering, which is a pretty daft thing to do for any part.

There's been penalties for various transgressions of time limits which I guess are ok - except the Ginetta #5 which spent most of the race in the pits & probably didn't give enough track time for every driver to get their minimum time in. In the long run that also doesn't matter, but that does seem particularily cruel.