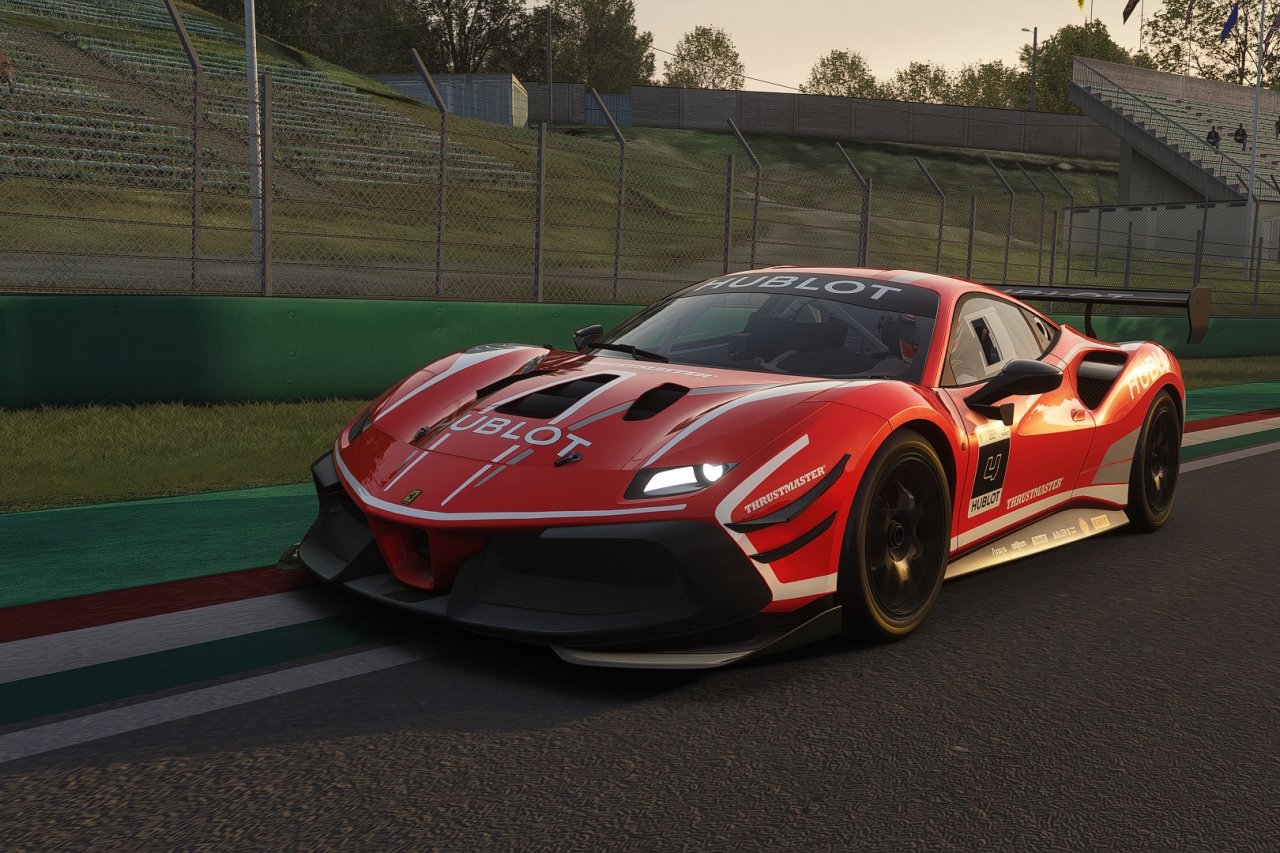 
On Sunday 6th September the first ever Ferrari Esport event took place at the mighty Spa-Francorchamps circuit in Belgium, marking the very first foray into the world of virtual motorsport for the famous Italian brand. That successful opening event kickstarted an intensely packed schedule of activity as the new category builds up to the PRO AM Series Championship next month, with Sunday evening at Imola the stage for the second knockout race - showcasing 24 aspiring esport hopefuls fighting tooth and nail for a top six finish and qualification to the PRO AM Series this October. 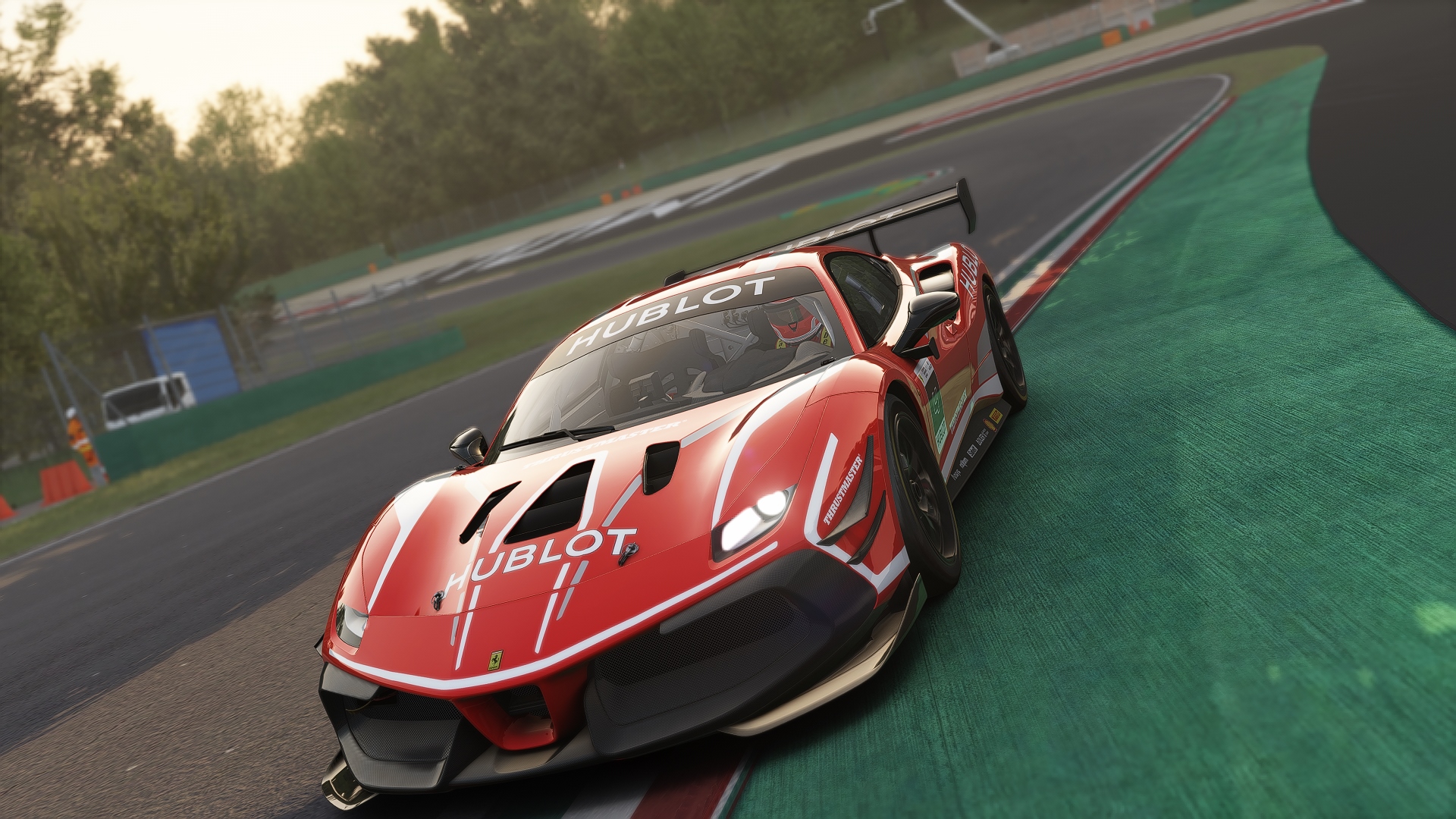 Once again I am absolutely delighted, honoured, privileged and proud to sit in the virtual commentary booth and represent arguably the finest motorsport brand in racing, whilst quite frankly having a great time watching some entertaining racing alongside my co-host and colleague, Nicki Shields.

On Sunday evening Imola was very much a repeat of previous weekend; plenty of action, exceptional driving standards from all concerned and a mighty performance at the very sharp end of the field - and we are all set to start over once again from 09.30 CET on Monday as qualifying kicks off for the third knockout race of the year, at the Circuit de Barcelona-Catalunya in Spain. 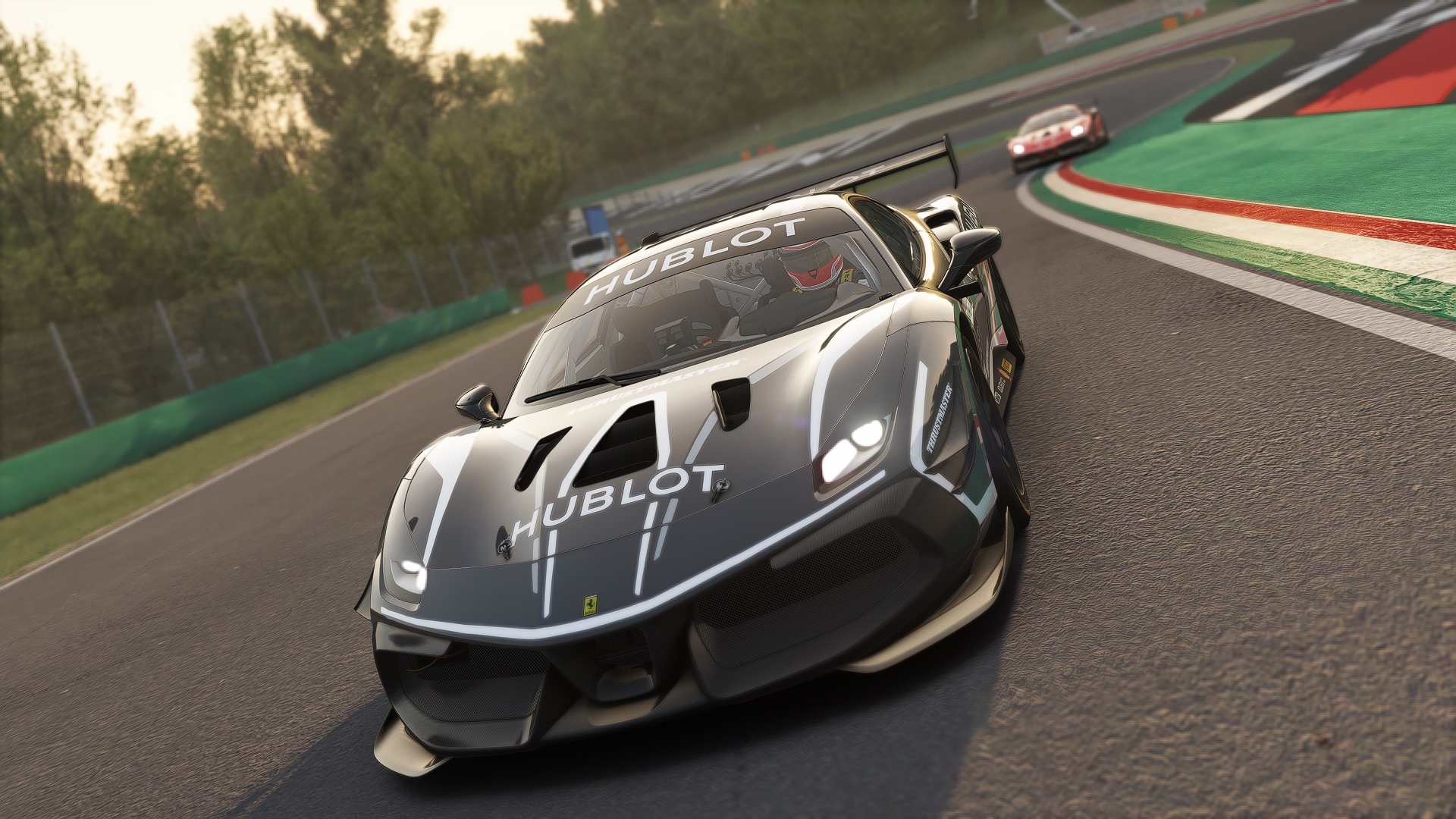 24 identical Ferrari 488 Challenge EVO cars took to the Imola Grand Prix Circuit for 30 minutes of non-stop action on Sunday evening, the scene of the second of four provisional knockout races to decide which 24 drivers (top six from each race) who will progress to the Ferrari Hublot Esport Series PRO AM Championship beginning next month - and the chance to win a money can't buy opportunity to race for the FDA Esport Team and represent the Prancing Horse on the world stage.

Pole Position would be secured in convincing style by Marco Mure', placing the 35-year-old in prime position to maximize his raw pace over the course of the 30-minute sprint race. Maximize is exactly what Mure' achieved when the green flag dropped - getting off the line in fine style as the field charged down to Tamburello for the very first time. 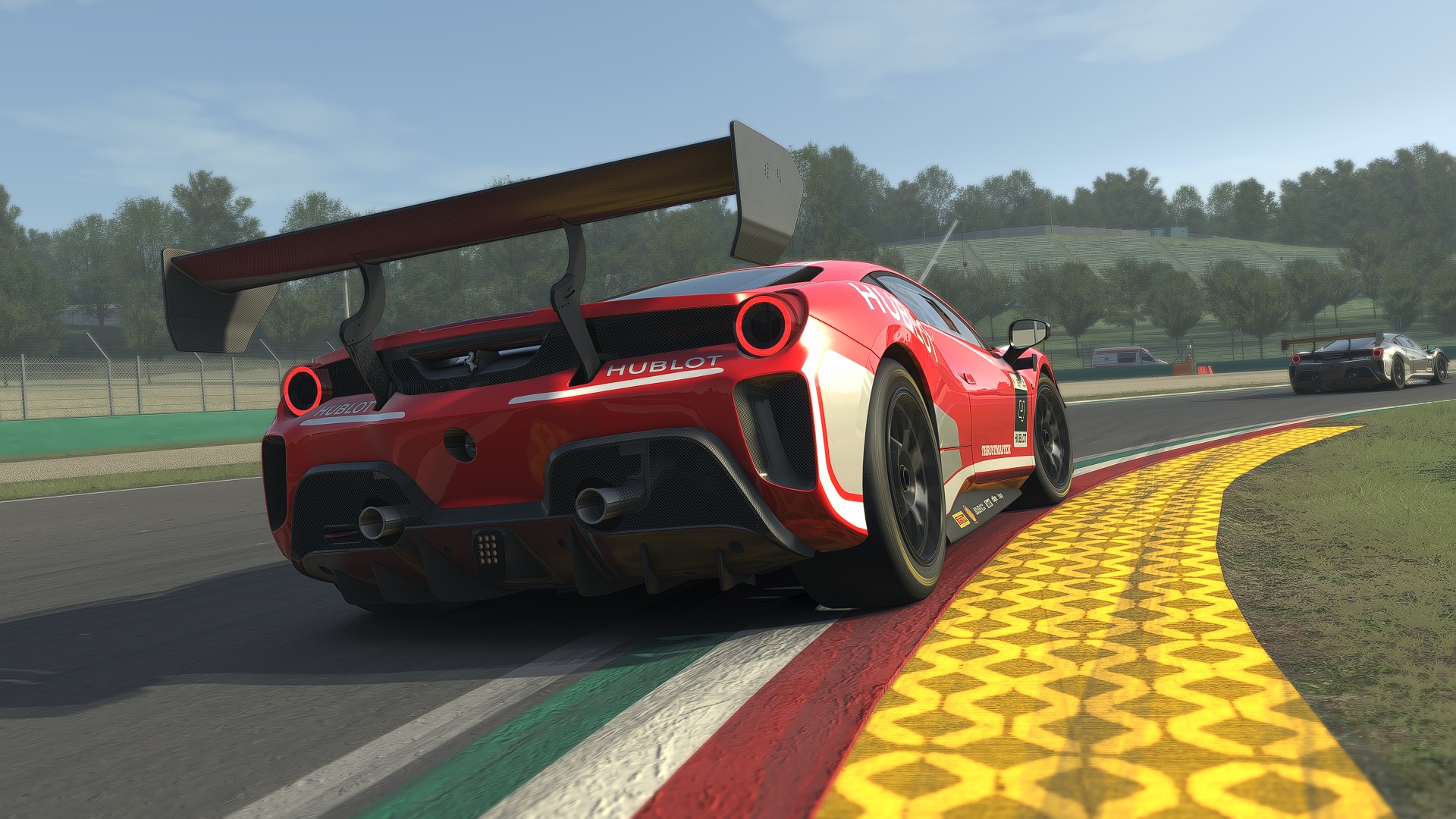 Mure' took control of the race from the chasing field in spectacular style, leading off from the green flag for the duration of the event - never looking close to being challenged throughout the 30 minutes of action despite the best efforts of Andrea Benedetti and his fellow podium contender Gregor Schill. As the three front-runners continued to ease away at the head of the field, much of the attention would be centred on the important fight for sixth place - the final qualification spot open to the drivers during this second Ferrari Hublot Esport Series AM Qualification knockout race.

A fine pass from 20-year-old Maichol Tonizza put the Italian into the pound seat, with the brother of Ferrari Formula One Esport World Champion David Tonizza showing remarkable composure to spend the duration of the event fighting off a spirited challenge from Angelo Colavitto, who himself had Marco Panero diligently snapping at his heels. 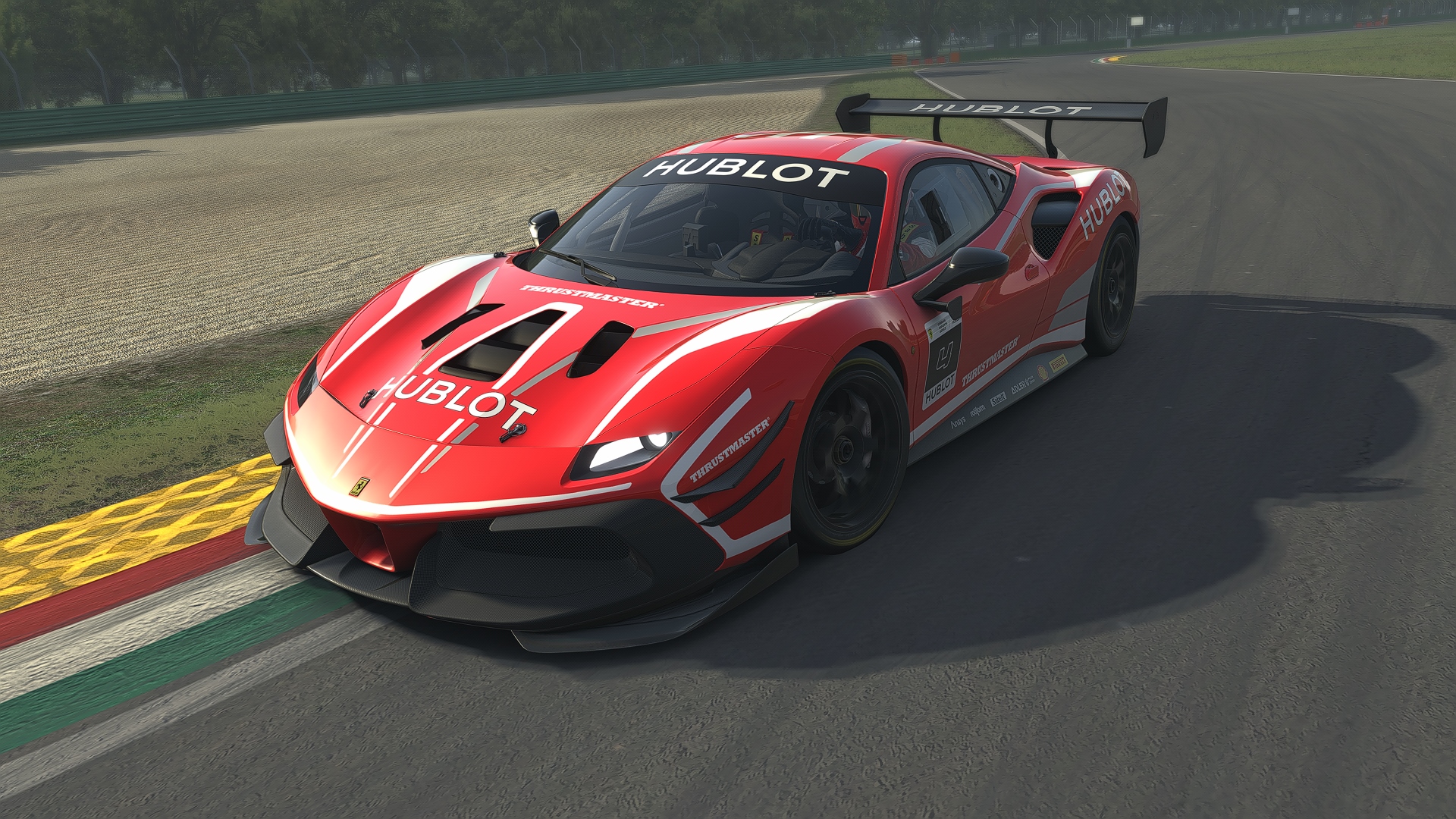 Sadly for Tonizza, with the result almost in the bag the driver would run too deep into Rivazza on the penultimate lap, skirting the gravel and opening the door for Colavitto and Panero to sneak through and demote a frustrated Tonizza well out of qualification contention.

With the top results pretty much settled heading into the final lap, it would be left to Mure' to sweep home at the front of the field and lay down an impressive marker for his rivals to absorb - a classy performance, and an impressive signal of intent once the season proper begins next month. 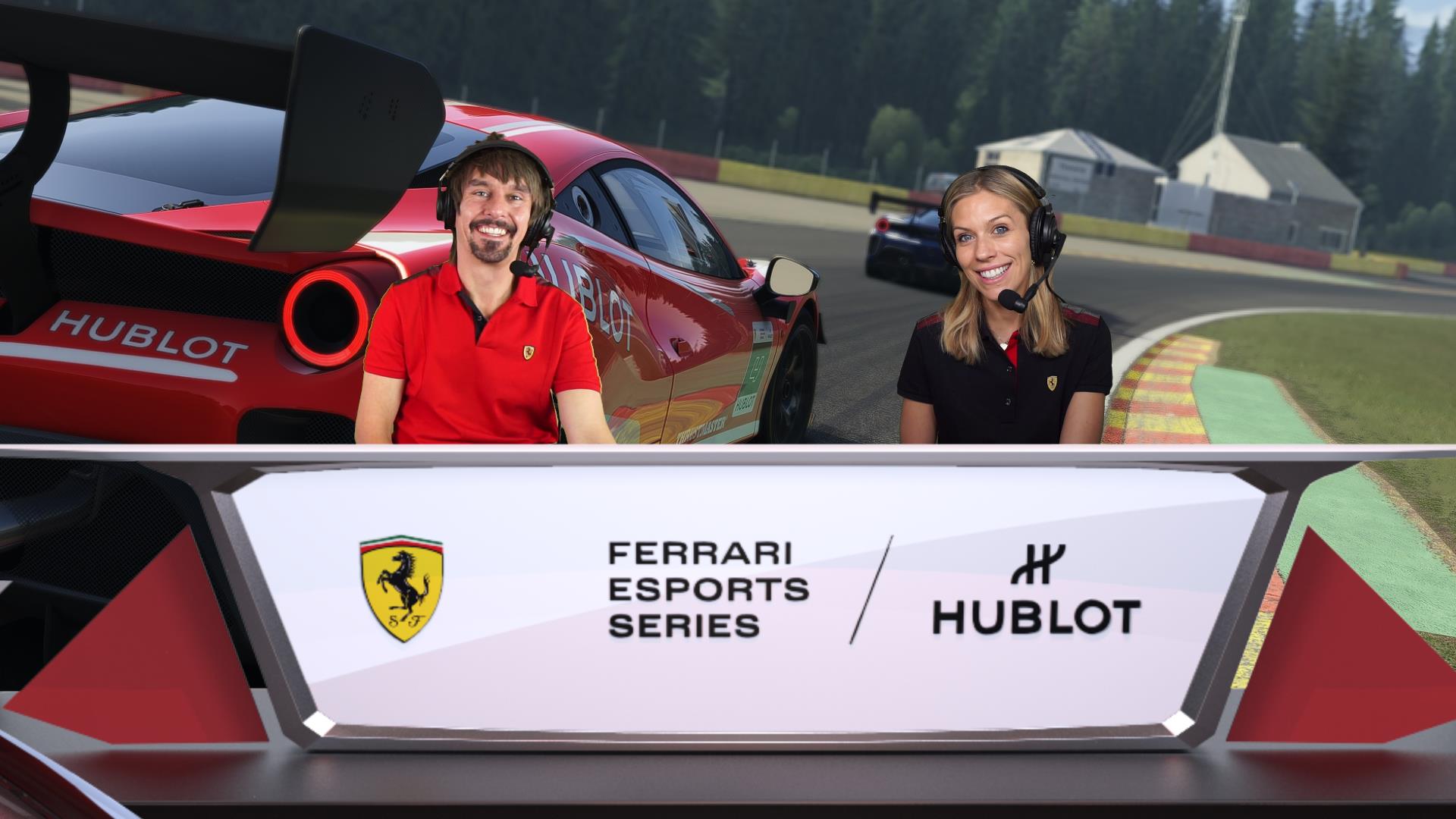 Working for an incredible brand like Ferrari, spending time (albeit virtually) with my co-host Nicki Shields and seeing such a strong and varied field of drivers looking to take another step closer to what is quite literally a life-changing opportunity to race for the FDA Esport Team, this series is proving to be an exceptional experience - and it's only going to get better as we draw ever closer to the PRO AM Series in October.

If you missed out on the action from Sunday evening, you can catch it all again with the on demand video below - and don't forget to tune in next Sunday 20th October from 20:00 CET / 19:00 UTC / 18:00 BST as our drivers take to the Spanish Barcelona circuit for the penultimate knockout race of this new campaign.

The Ferrari Hublot Esport Series is a new online esport racing series from Ferrari, hosted using Assetto Corsa and featuring the specially made Ferrari 488 Challenge EVO developed by Kunos Simulazioni. The competition is open to European residents over the age of 18, with registrations open from Monday 14th September at 09.30 CET for the next knockout race at the Circuit de Barcelona-Catalunya in Spain. 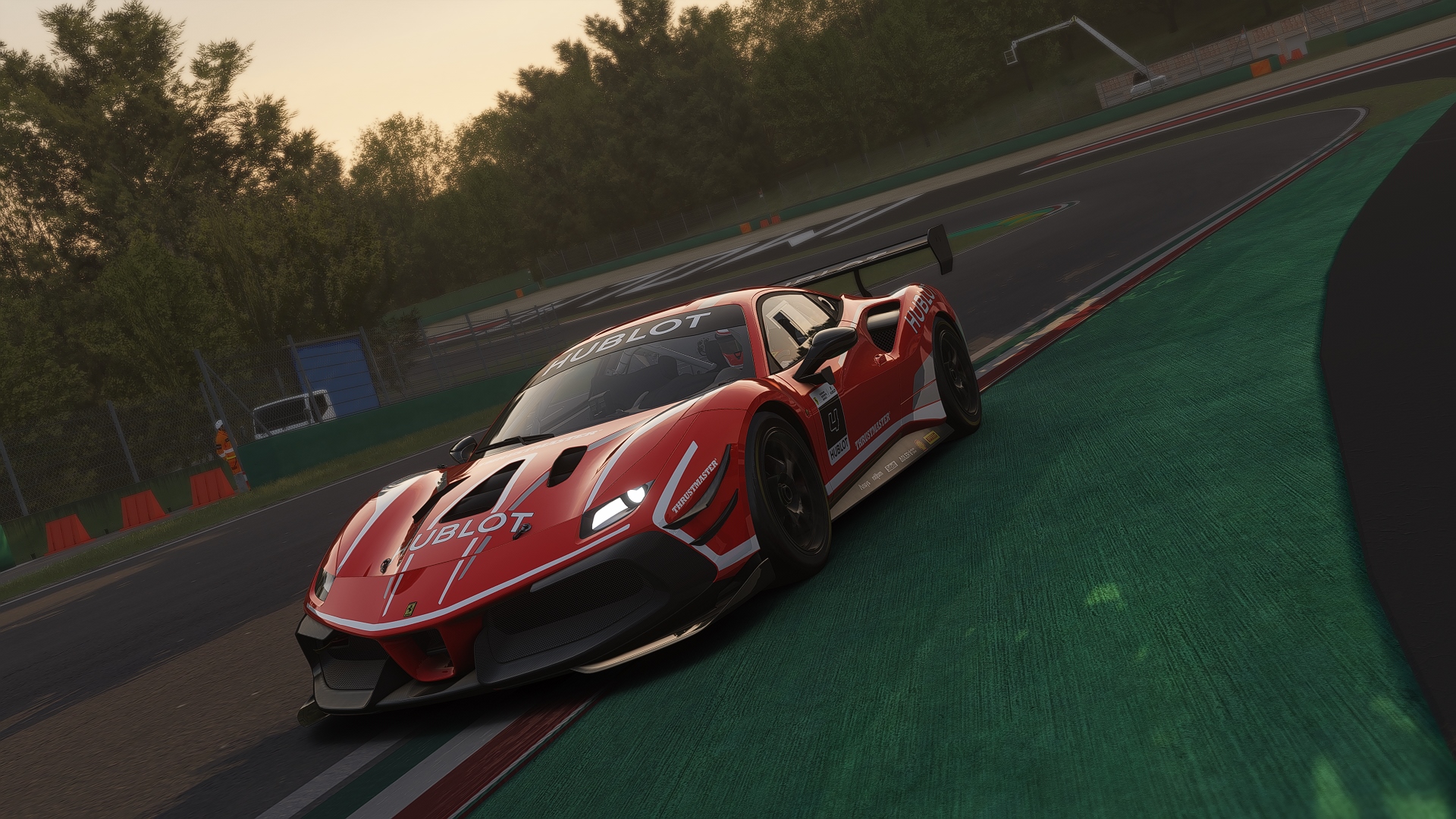 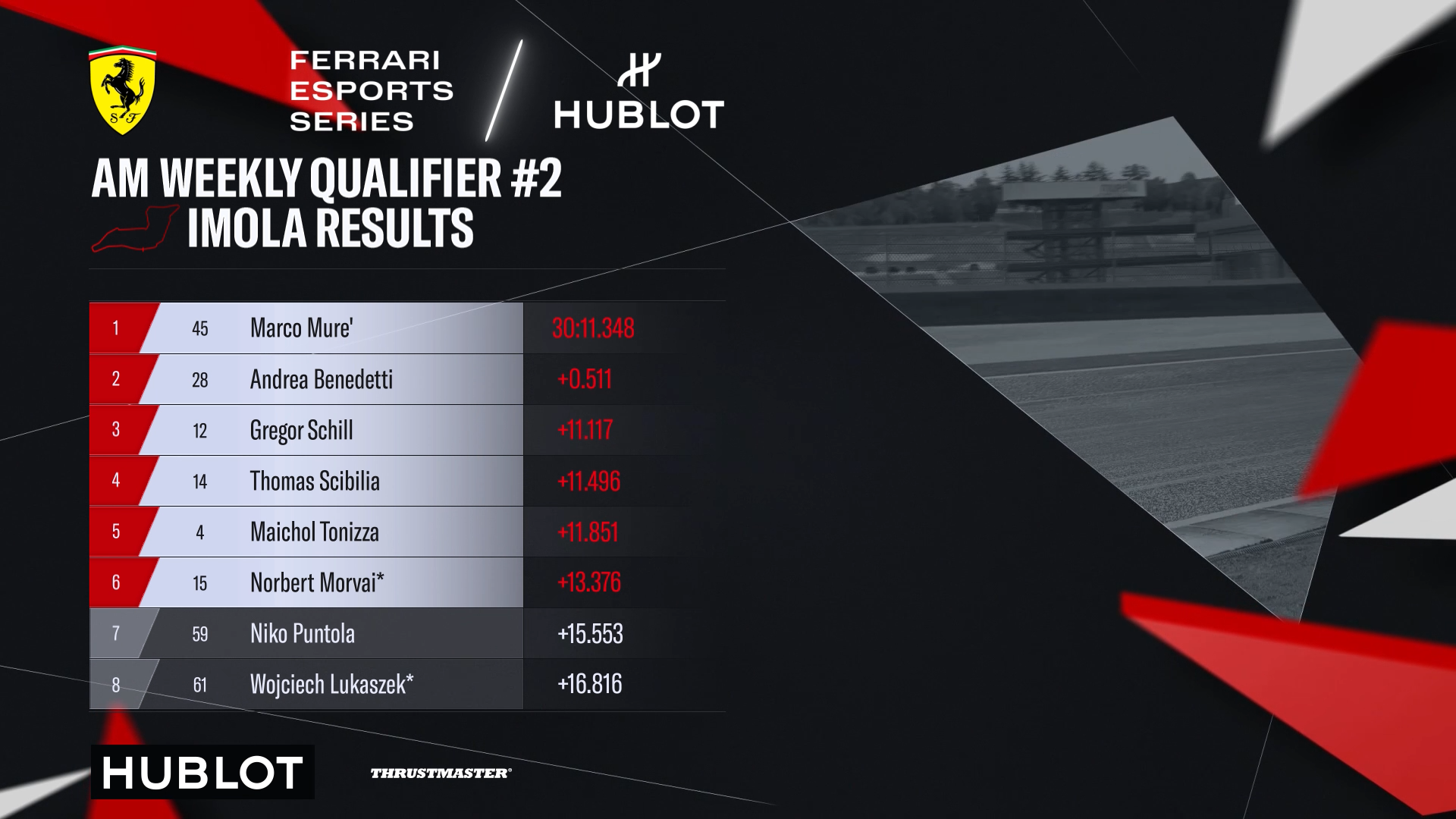 Paul Jeffrey
RaceDepartment Editor-in-Chief, occasional YouTuber, commentator and broadcaster, with a passion for motorsport on both the real and virtual racetrack.
Reactions: msgracindo, P1CE-Gaby, M D Gourley and 3 others

I did have a quick look at it & thought Paul was very professional.
Definitely better than Crofty doing the F1 who is starting to sound like a sad tribute act to the legend Murray Walker.
Reactions: Jim Layee and Steve Bird

Jonny Austin said:
I did have a quick look at it & thought Paul was very professional.
Definitely better than Crofty doing the F1 who is starting to sound like a sad tribute act to the legend Murray Walker.
Click to expand...

DUDE ! Thanks man - really, really appreciate that - thank you 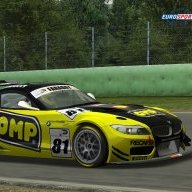 Face for radio though......
Reactions: Mark Ratzenbacher, Steve Bird, Triplexbee and 2 others 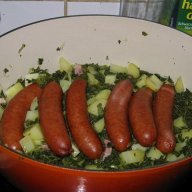 David Faraday said:
Face for radio though......
Click to expand...