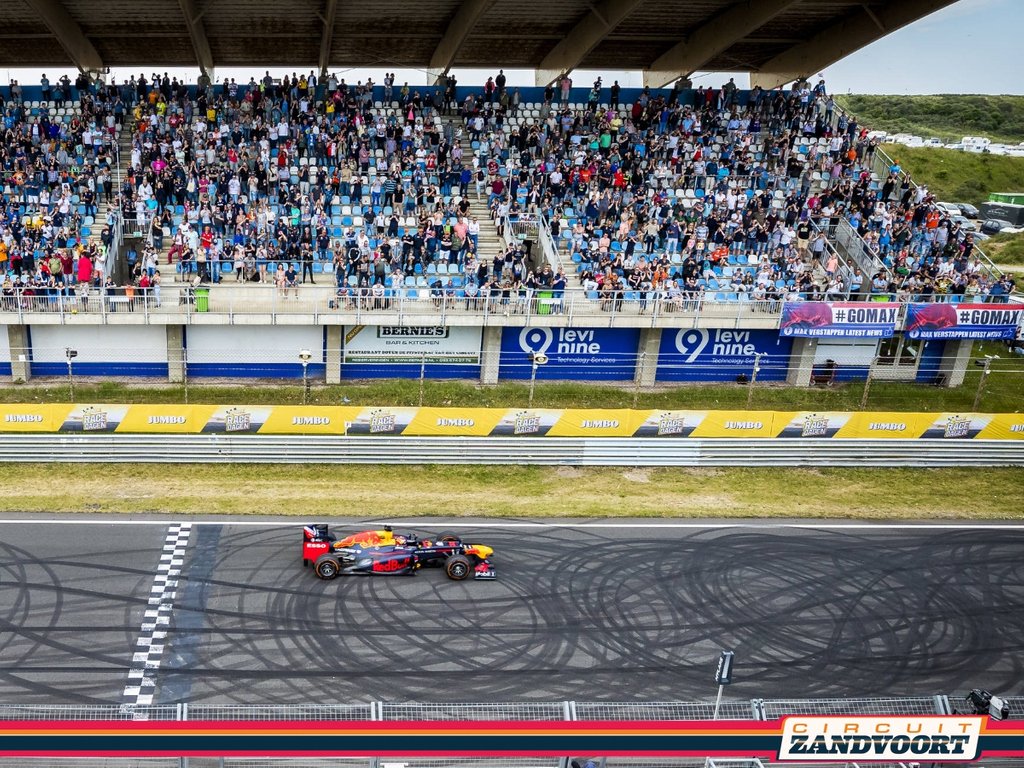 The Dutch Grand Prix will return to Formula One next season following the announcement of a new three-year deal with Zandvoort.

Having been away from the Formula One schedule since 1985, Formula One have today revealed the worst kept secret in the sport – Zandvoort will return to the schedule in 2020 following the announcement of a new three-year deal to bring back the Formula One Dutch Grand Prix.

Although great news for the sport to see one of the most popular events return following a 35-year hiatus, plenty of work remains before the circuit and facilities are up to the standard required to host a Grand Prix in the modern era.

This programme of work is currently underway, and neither Formula One or the circuit promotion team feel it will be an issue come race day next season - expected to be early in the season and possibly in place of the Spanish Grand Prix, with the Circuit de Barcelona-Catalunya expected to lose their slot on the calendar following the conclusion of last weekend’s race meeting.


“We are particularly pleased to announce that Formula 1 is returning to race in the Netherlands, at the Zandvoort track said Chase Carey, Chairman and CEO, Formula 1.

"From the beginning of our tenure in Formula 1, we said we wanted to race in new venues, while also respecting the sport’s historic roots in Europe. Next season therefore, we will have a brand new street race that will be held in the Vietnamese capital of Hanoi, as well the return to Zandvoort, after an absence of 35 years; a track that has contributed to the popularity of the sport all over the world. In recent years, we’ve seen a resurgence of interest in Formula 1 in Holland, mainly due to the enthusiastic support for the talented Max Verstappen, as seen from the sea of orange at so many races. No doubt this will be the dominant colour in the Zandvoort grandstands next year.”​
With Max Verstappen continuing to delight his legion of loyal fellow countrymen, and with the sport having spent so long away from the Netherlands, expect a massive crowd when the race returns next season…

It will demand lots of courage for those not supporting Max and coming at this track
BTW, great track, nearly impossible to overtake even in F3, so in F1, no need to try...
@++

Happy with move. Lets hope they dont butcher the track.

Staff
Premium
Haha madness. Happy about the madness though.

A poor track for modern F1 cars to race.

Great for the orange army though.

Premium
So they wanna get rid of Barcelona because you can't overtake there and at the same time they put Zandvoort back on the calendar.
Interesting!
I have to say I love the track though so I'm fine with it. F1 could simply say they want to grab the money from verstappen's popularity though

Wide cars, narrow track, it's Monaco without the glamour

Premium
Zandvoort, a tight and twisty circuit with little opportunity to overtake, and very little run off - much like Monaco.

Premium
This is good, because F1 has become so boring and predictable that we need more chances of crashing and safety car moments

Staff
Premium
This is a money making decision, can't see much overtaking happening. The race at the weekend was boring, it will be the same here.
K

Endless traffic jam, expensive tickets, a track totally unsuitable for F1.
It'll be a drivers parade and probably the most boring 'race' to come.
All the sand traps belong to Jos Verstappen (he practiced there), so that son of his must feel at home. What a joke.
Last edited: May 14, 2019

eg01st said:
This is good, because F1 has become so boring and predictable that we need more chances of crashing and safety car moments
Click to expand...

Yes, for start they could just keep all the gravel and not put million km2 of asphalt
T

Personal bet, there won't be a single overtake after the race start. And for safety reasons they will replace gravel with a tarmac runoff area, so not even a chance of a driver making a mistake and losing a lot of time. Boring show incoming, but I guess it will be all good for F1 bosses since they'll make a lot of money with the dutch army.

Great track for hotlapping tho, but not suited for an F1 race

With regards to infrastructure traffic (and this is serious!): Everybody is free to come when and how they want it themselves but we will help also with e.g. parking the car a bit further and take a Gazelle for a convenient bike ride. (Gazelle is a Dutch bicycle manufacturer and also sponsor).
Dutchies like to bike on a dyke to Sandevoerde
Last edited: May 14, 2019
L

i liked the tracks from the 80´s and 90´s but for the modern cars it´s probably not the best choise, need harder tyres and less aerodynamik so the cars can slide litte bit for those kind of tracks

Wait a minute, there is hardly any overtaking even on tracks where it is possible. If its possible to get the track ready for current F1, they may put in small runoff zones, which would be much better than sand.
But If and when that race happens It will be won by those who make the least mistakes, especially on a track where it is easy to make them.
Nice to see Zandvoort on the schedule again. Its one of those classic tracks, lets hope the drivers can adapt.

I predict that this is what every grandstand will look like

This was in Austria 800 km away from the Netherlands

Just imagine how this will look in Zandvoort.

Kudo's to all the Max Verstappen fans who have followed him all over the world. Their presence at every race was a clear sign to FOM.

Someone go lock him up.

Ähem, does this mean Zandvoort will be slaughtered by Hermann Tilke?
Please not, for the love of god!

Is there any one who believes this will be great track for F1 racing?
You must log in or register to reply here.