Another hotfix update for Automobilista 2 has arrived - and it comes with a new track layout and the Puma P052 GT5 car...

Yup, Reiza Studios have been good on their word to start ramping up the Early Access updates for Automobilista 2, with another fresh build having dropped for the simulation this evening - adding a nice range of fixes and improvements to the title.

Headline changes for this hotfix have to be the inclusion of the Puma P052 GT5 car and a new Jerez circuit layout, plus a range of changes and tweaks to the game force feedback - an area of AMS2 that continues to divide opinion within the sim racing community. 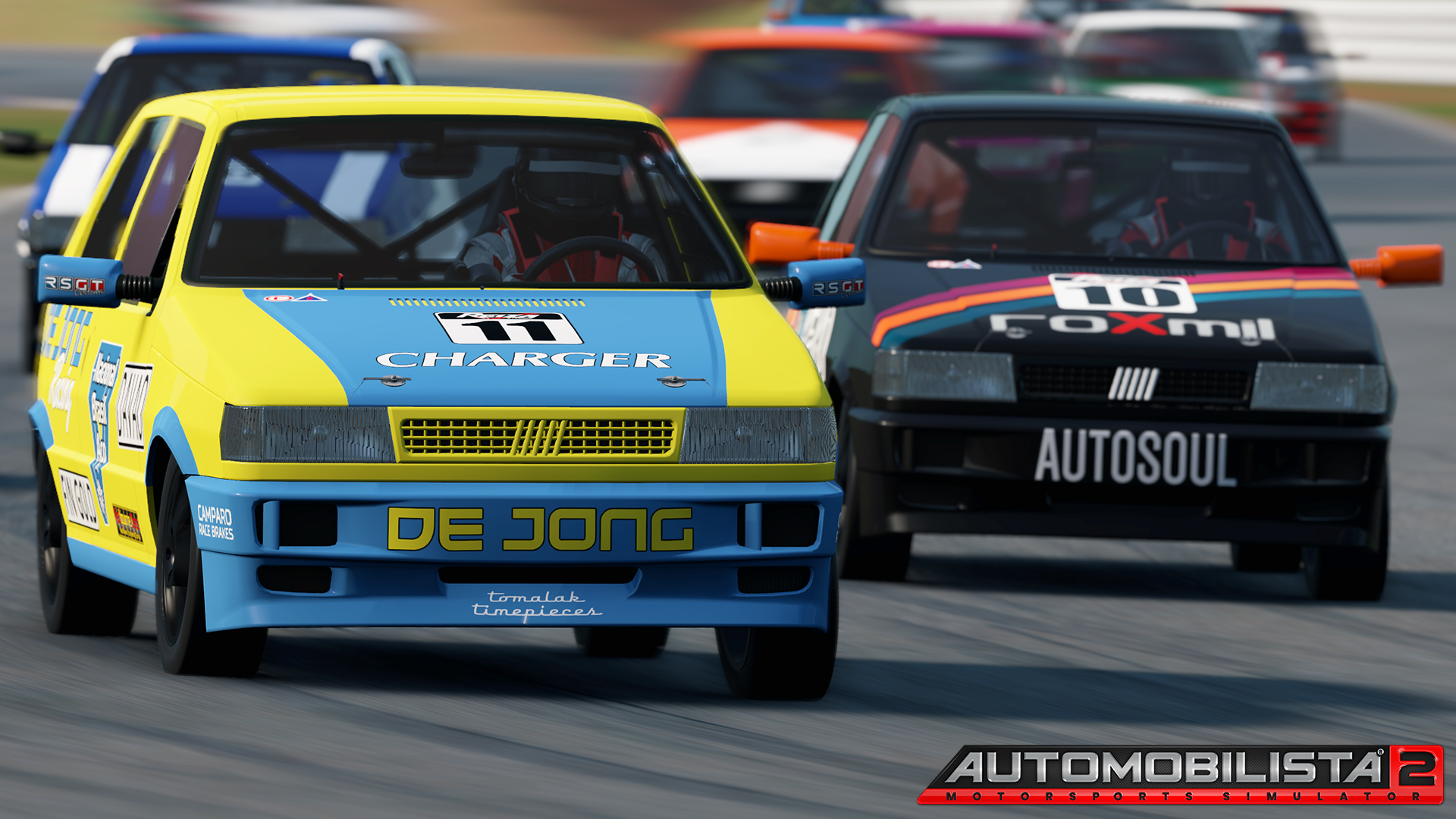 I like what I'm seeing, and I like what I'm feeling from this Sim. The Super V8 rev sounds, mehhhh needs some work. I whish iRacing could've looked this good!!!
Upvote 0 Downvote

Paulo, have you heard of a site called Pinterest? Just a thought, it might be your kind of thing
Upvote 0 Downvote

That new car has really sensitive damage, took it for a drive around Donington, drove over a flat kerb and it damaged the suspension causing the car to pull right.
Upvote 0 Downvote
D

Do we need to delete the folder in my documents again?
Upvote 0 Downvote

FFB still crap...none under braking. Also if you want to feel a bit of grasp at low/mid speeds you get too much force at high speed corner. Turn down high speed force you get no force at all at low/mid cornering. Minimum force compensation is still a joke!
I would say Codies may still have the edge here!! Well...lets just wait for next update...
Upvote 0 Downvote

Trying out the Puma GT5 in a multiclass race at Jerez...where can you get IRL unique cars in a Sim and have them racing together on tracks that most other Sims do not have....only in Automobilista

They seem to have completely borked the FFB in the Vintage F1 and Formula Vee. It feels inversed rendering these vehicles not particularly driveable.

EDIT: F-Trainer is fine which I thought might also have been effected by this.
Last edited: Apr 18, 2020
Upvote 0 Downvote

By the way, what's with the unrealistic lack of grip and crazy sliding between say 5 to 30kmh on wet surfaces with wet tires? Hope this gets sorted in the future.
Last edited: Apr 18, 2020
Upvote 0 Downvote

motoliser said:
By the way, what's with the unrealistic lack of grip and crazy sliding between 5 to 30kmh on wet surfaces with wet tires?
Click to expand...

brakes now terrible..all cars..same settings from original....i like the puma...ffb is meh, but im from asseto so....but until they completely sort the AI, which is the key to this games success imho, i'm back to asseto...which, and i never thought id say this, i miss...
Last edited: Apr 18, 2020
Upvote 0 Downvote

The AI seems less erratic driving down the straights and approaching bends, but they have this inherent issue with anything coming anywhere near them. Try over taking them on the inside of a corner... they panic instantly and take an immediate left turn (in a right hand bend) and quite often end up off the track despite there being plenty of room.

There needs to be some serious tuning of the distance between AI and other objects (cars, barriers) before they take "evasive" action. Its quite bad and very obvious. I'd rather slight contact than what they currently do. (that's if the contact does not result in the old sticky collisions that used to happen in PC2)

I tested at Oulton Park with Caterham 620R

As it stands, I remain sceptical that the AI can be "tuned" to eliminate these traits. I think its like the early solar system models that tried their very best to have the Earth at the center. It constantly needed revision to explain the nuances of observation. It ended up so convoluted and complex and never fully conformed to observation, only ever being close(ish). Once the basic underlying fundamental of the model was changed to be Sun centric, the model became far less complex and actually a much better fit to the observational universe.

This is how I view the current AI routines. I don't think its tuneable and is probably far more complex than it needs to be and that perhaps a complete underlying paradigm shift needs to be adopted. It seems more like that as one pin is pushed, two more popup. Just follow a single AI car around Monaco... Its so unnatural its not funny. How on earth can this be 'tuned' to then be able to actually cope with more cars (even completely predictable ones like other AI which are under complete control of the AI routines themselves and whose intended behaviour is fully known by those routines) as well as an unpredictable one like my own.

Even something simple like starting a race... By corner one you overtook half the field! I play in VR so I only have 15 cars, but really 50% of them are fluff to try and ensure I am not first by corner 1. I only ever start at the back of the grid.

I only play offline (or friend meetup with AI). AI is important to me and its frustrating that in this AI centric day and age it is still so bad in racing games/sims. Sure, I hope I am wrong but I have been in IT for 35 years (yes, I used punched cards) and I can smell things that look fundamentally broken.
Last edited: Apr 18, 2020
Upvote 0 Downvote

Maybe it’s just my eyes but does anyone else think the cars just look “flat” now in the vehicle selection and other UI screens? Like maybe they lost alpha channels or something along those lines. My quick foray on track seemed OK in the cockpit and replays. It’s just the car images in the UI elements that look different to me.
Upvote 0 Downvote

Anyone tried the Sprint Car? Does it seem less "responsive" in terms of acceleration. It feels really tame and I don't remember it being like that previously.
Upvote 0 Downvote
You must log in or register to reply here.