I'm fairly certain you could write something close to a novel on this topic, mostly because Windows® computers and the Custom Shader Patch have a seemingly endless amount of customization options, but my goal is to cover some of the basics and provide a list of tips and tricks for getting the most out of your current PC (especially since upgrades are not as accessible as they they used to be).

As a first step, I would suggest investigating the "Task Manager" in windows to see if there is anything consuming CPU cycles that would prevent AC from getting the resources it needs. 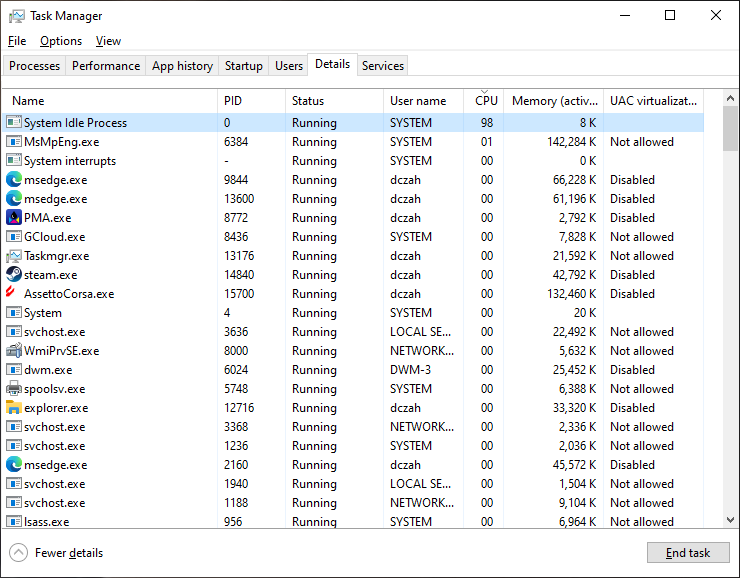 if your PC is idling and anything is taking up more than "01" of your CPU then see if you can find a way to disable it, or minimize the work that it's doing.

Lately it seems like OneDrive has been hogging the CPU, so a good place to start would be to disable anything in the Startup tab that you don't absolutely need. 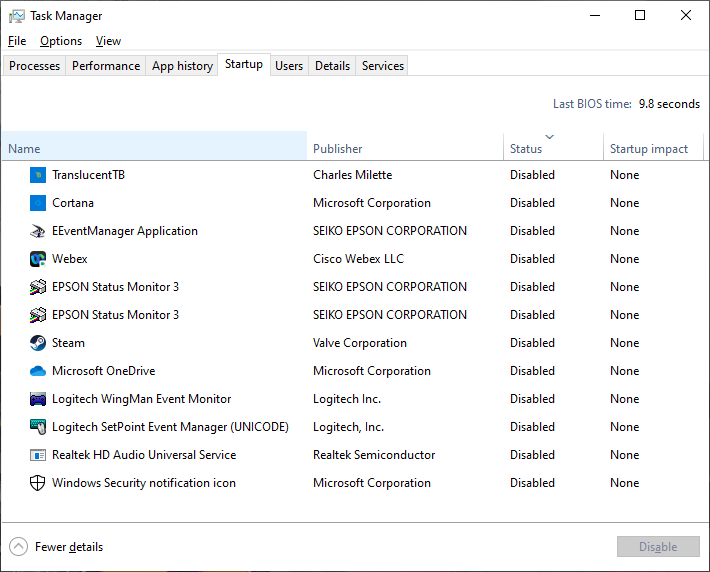 Other examples of things I've adjusted recently is to decrease what Windows is allowed to index: 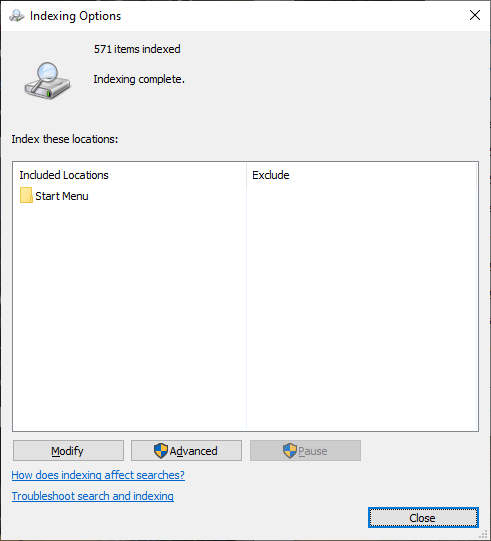 And I also tend to pause windows updates and run them manually every week or two when I get some free time and remember to do it:

Once you're feeling confident that your PC is running fairly lean you can dig into the AC settings. 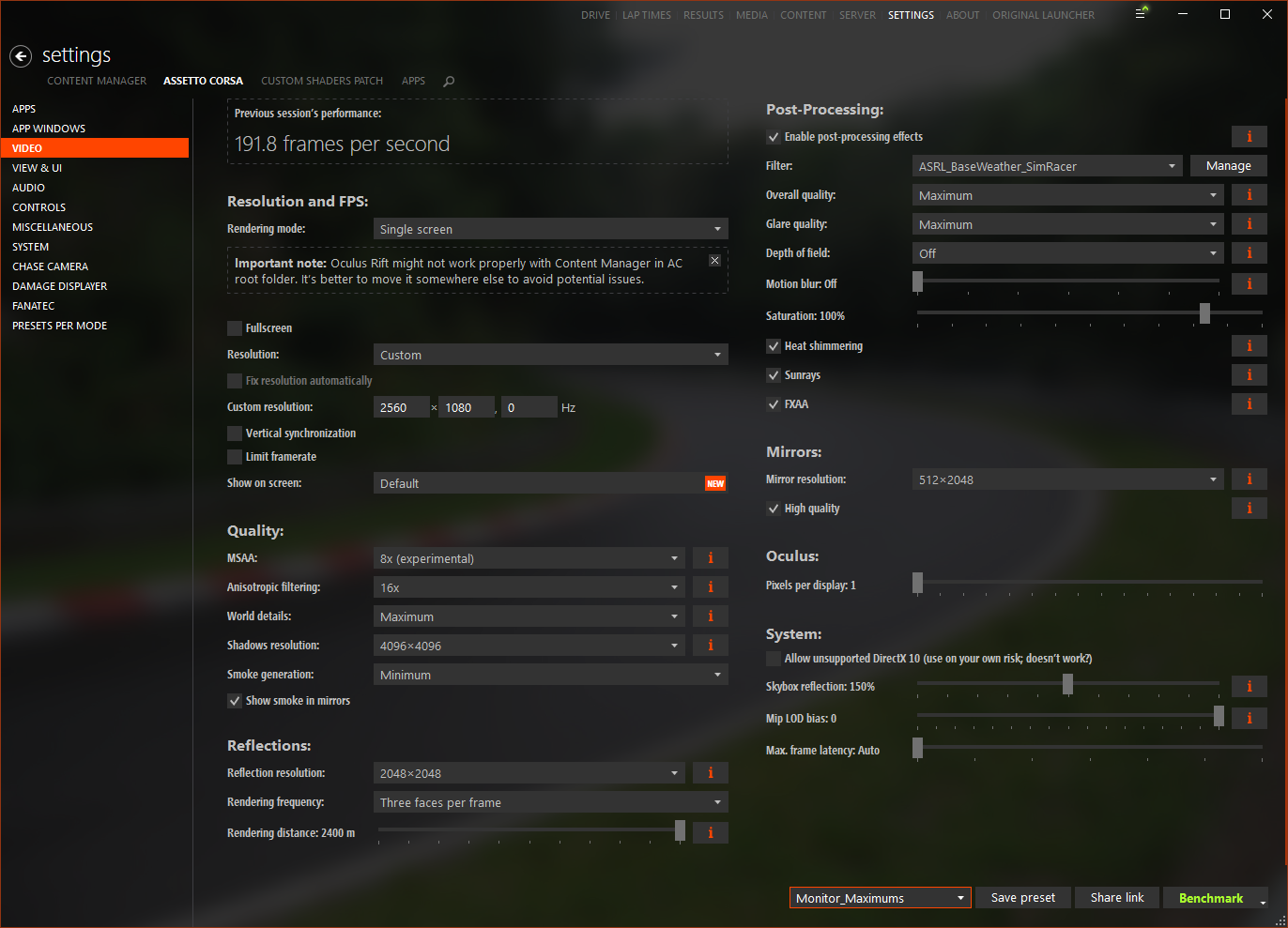 If I was on a slower PC I might trim this down some to something more like this: 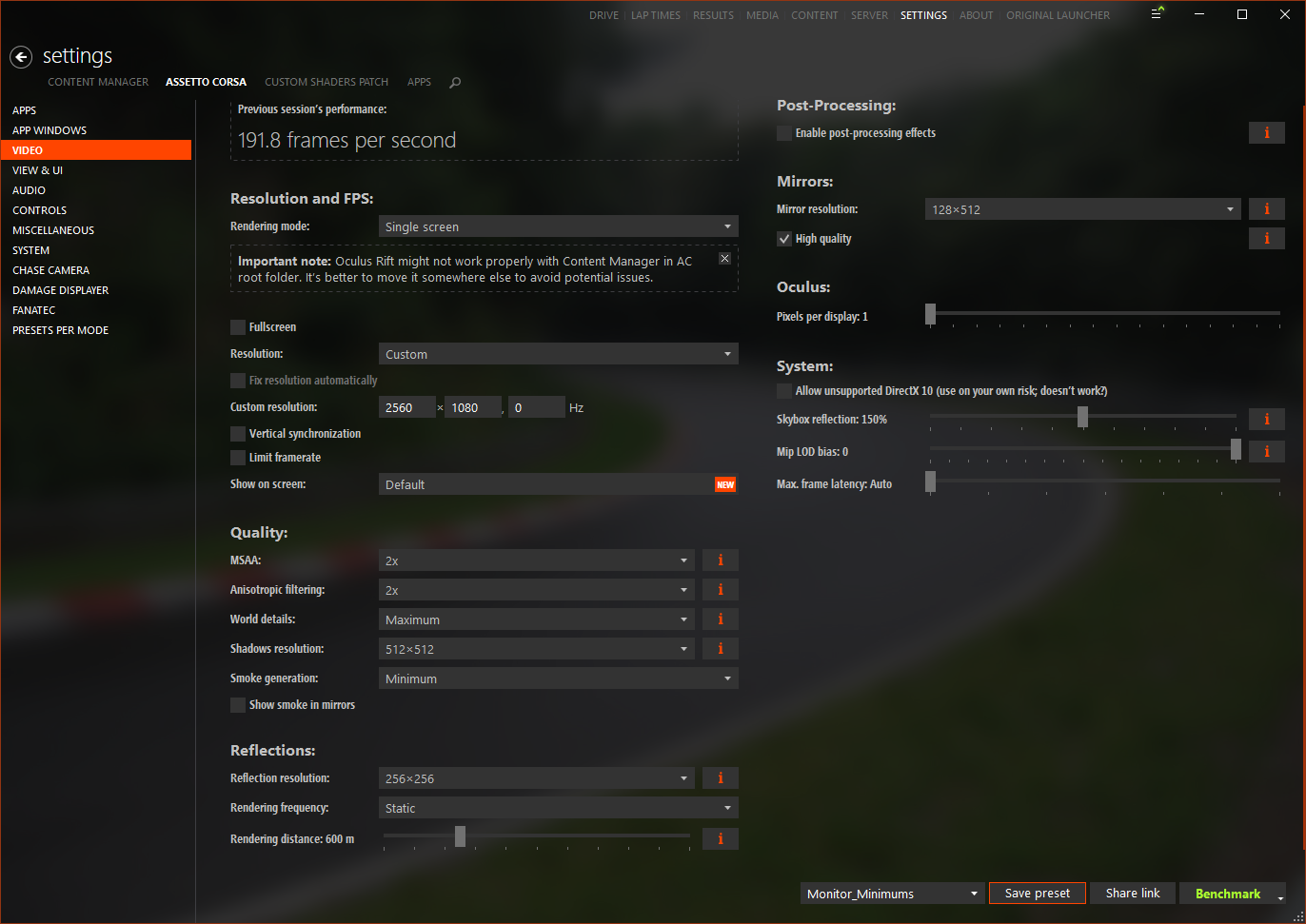 In general just keep turning things down until the reduced quality starts to become distractingly noticeable, but in general I assume that higher/smoother framerates are more engaging than extra eye candy.

I'm currently running the 0.1.60 version of CSP, as it seems to be fairly stable with relatively high FPS. I've heard good things about 0.1.68, but I was noticing some visual artifacts when I tried it, so I just went back to 0.1.60. You can try other versions if you are interested in other/newer features, but CSP is in a constant state of development and change, so it's hard to know how much FPS you may be giving up to be on the bleeding edge of updates.

If you are in search of higher FPS, I would generally suggest disabling any CSP extension you don't absolutely need. This is what I've been running lately: 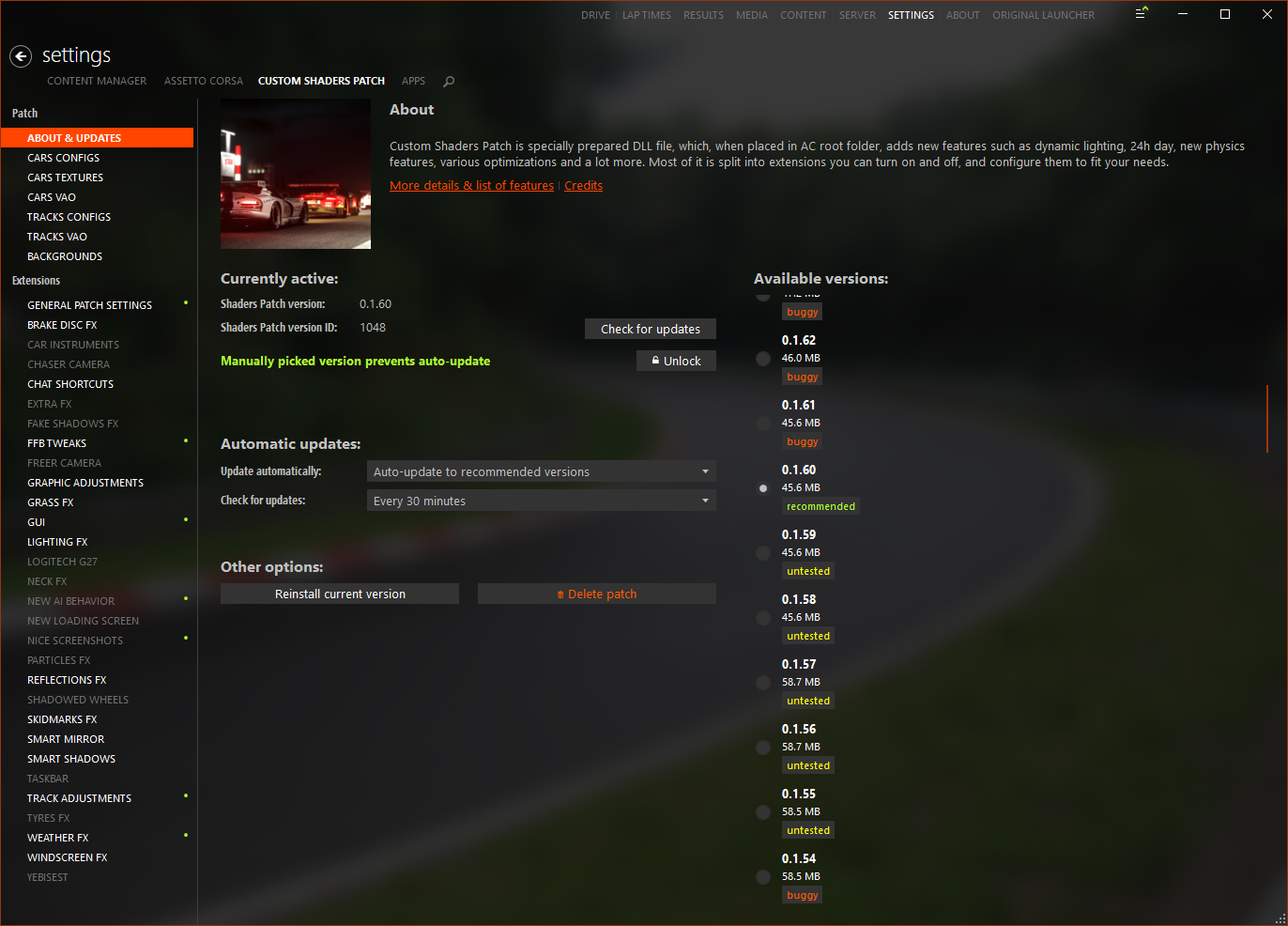 Under "Graphics Adjustments" there's a section called "LOD settings". I do not run my settings this aggressively, but you can try toggling these buttons and moving those sliders to see what combination provides a good balance of quality and performance.

Under "Weather FX" I run the "Default controller" and "Default implementation", as they seem to provide the best performance.

I also tend to "Hide all spectators" under the "Track Adjustments" section.

When I'm making changes to AC/CSP settings I tend to 1 lap with 24 cars (23 Opponents) at a track I enjoy and then make a note of the FPS displayed in the CM AC video settings tab. Make a note of how much it goes up/down, and that will let you know if the changes you are making are relevant on your system.

Apps can also be a big consumer of resources, so try disabling the ones you don't need, or at the very
least try testing without them one at a time to get an idea of how much they are affecting your FPS.

This is an example of some data I collected recently about the apps I was running:

I do not want to imply this is a simple endeavor, as you can dump an almost endless amount of time into optimizing AC and CSP to get a balance of performance and quality you're happy with, but hopefully this will help to get you started.

Thanks for sharing this. Your tips are really useful!
Upvote 0 Downvote
V

What I always do when I notice my sim is only running on a few cores, while some of the CPU cores are overflowing >90%, is make a couple of cores only dedicated to the game ( core affinity) You can do this using Windows task manager but you can also set this permanent using this nice free software:
Bill2’s Process Manager
System Explorer
Free version Process Lasso (warning is a bit chubby and eats a lot of performance)

Right now I’m using Bill2s for a flightsim that’s heavily leaning on a few cores, here I can set priority, affinity and closes all not needed processes like Windows store, automatically by making a rule. Its a bit old so not all the Win10 processes are included but for the rest its making this flysim finally working.
Last edited: Sep 8, 2021
Upvote 0 Downvote
You must log in or register to reply here.