The second hotfix update in less than a week for Assetto Corsa Competizione has been deployed today by Kunos Simulazioni, addressing further issues and tweaks that have been uncovered with the simulation following the major 1.7 build update of last week.

In this new hotfix, the Italian studio have addressed a range of lesser issues within the title, mostly around the behaviour of the AI and some further physics fine tuning. 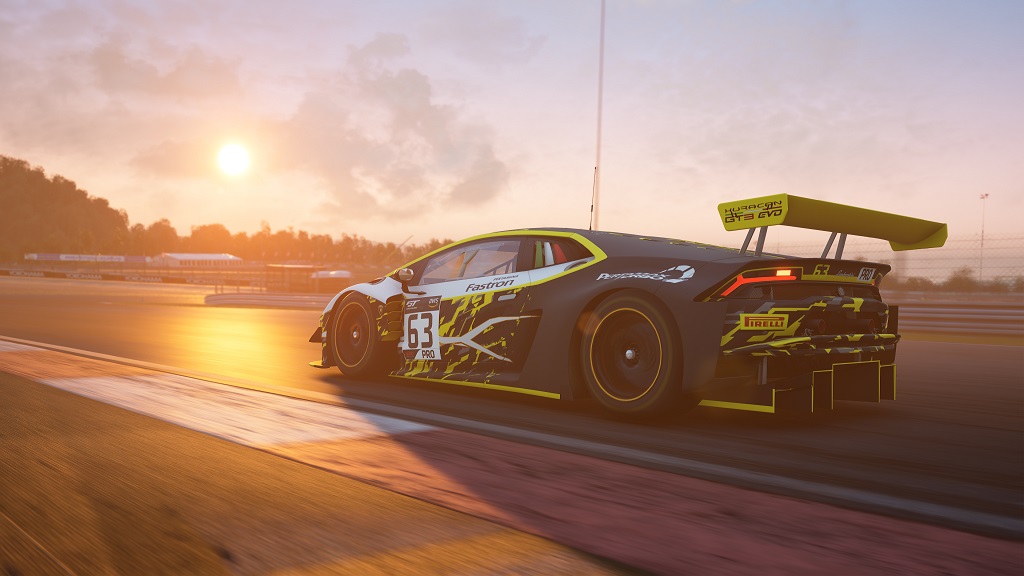 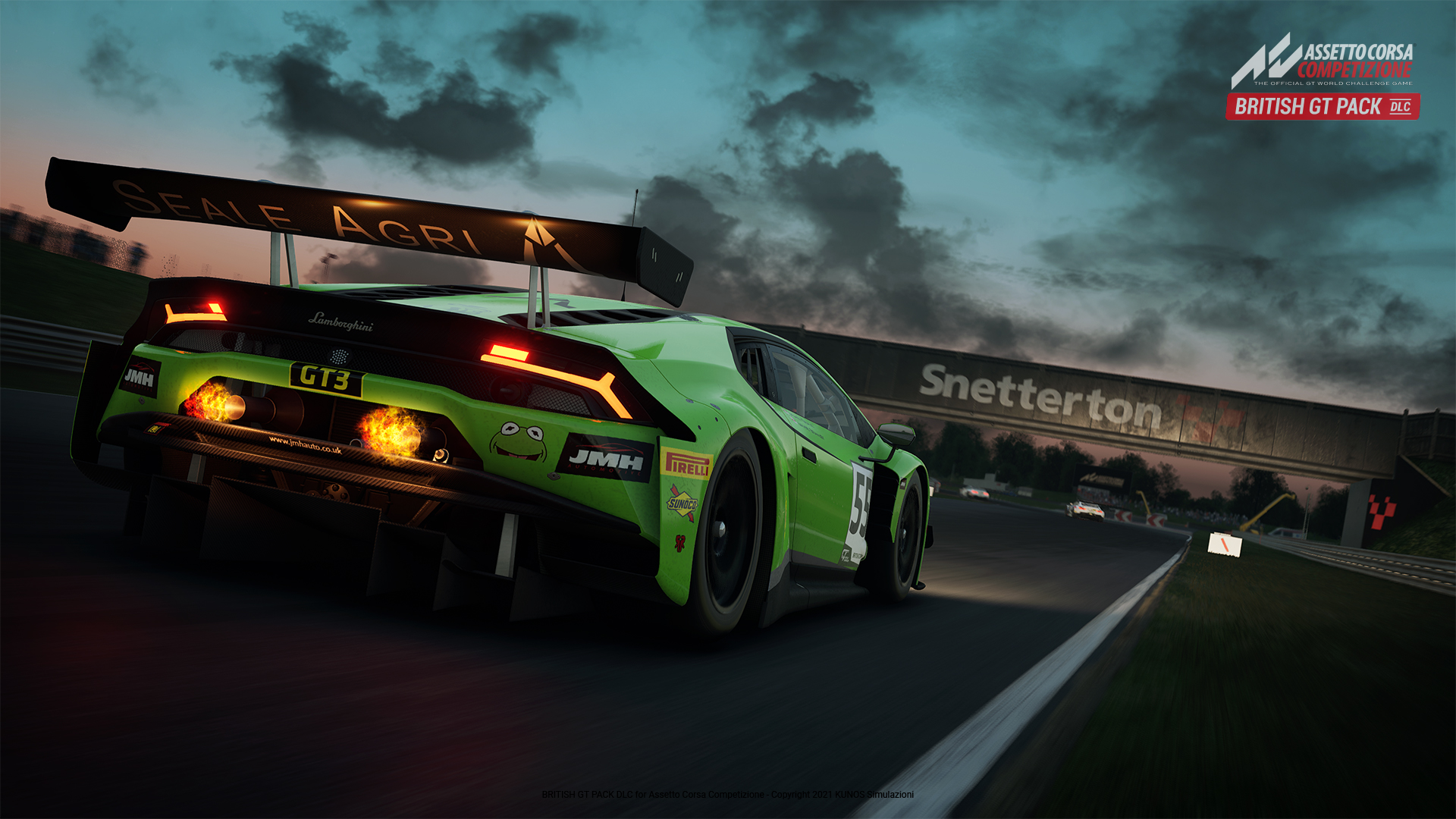 Premium
I am telling you, these cats are scamming us. They have completed the game and are sending out updates at intervals so no one knows they went on holiday 2 years ago.
L

that They continue on holiday because every day is better.
Last edited: Feb 17, 2021

Premium
Can it get any better?
F

There is always room for improvements, sure .
It's really good, ai could be still a bit better, but all in all, very good sim and I have lots of fun with it.

I had a multiclass race (which I'll post on my profile) at Snetterton after the update and I have to say it was just fantastic! Was so chuffed they updated the A.I. at the very track i was gunna race at that day (my closest curcuit here in Norfolk).
Some of the moves the A.I. pulled off where just brilliant, and the way the GT3 cars dealt with the GT4's when it came up to lapping them was amazing, had an amazing battle with a GT3 Lambo as we were making our way through the GT4's, edge of the seat stuff!
If only RF2 could get their A.I. working like this without the odd Blue flag behaviour and faster cars getting stuck behind slower cars when they come up to lap them. I'd love to have a good multiclass race at Le Mans with GT3's GTE's and LMP's with the A.I.
Honestly just fantastic, Bravo Kunos!

Oh and as for the new tracks in the British GT pack, these are the best versions of Snetterton, Oulton and Donnington easily. I've been to Snetterton for the racing and in the game it really brought back memories!
Last edited: Feb 17, 2021

Premium
I tried having AI weekend, started practice session at Snetterton and then Donington, but GT4 class just stayed in pits, all of them. Only GT3 went out. Weird...
Last edited: Feb 17, 2021
S

eg01st said:
I tried having AI weekend, started practice session at Snetterton and then Donington, but GT4 class just stayed in pits, all of them. Only GT3 went out. Weird...
Click to expand...

I have noticed this at Bathurst and Imola as well, if you set a 20 min Quali for example the GT4`s don`t leave the pits till around 10 minutes to go, same in practice.
Last edited: Feb 17, 2021

eg01st said:
I tried having AI weekend, started practice session at Snetterton and then Donington, but GT4 class just stayed in pits, all of them. Only GT3 went out. Weird...
Click to expand...

I reported this on this official forum, it's meant to be like that. Multiclass qualy is split

Why, when driving a British Championship, are there not separate points given for the GT3 & GT4 classes? If you have 20 cars in the Championship (10 GT3 & 10 GT4) and drive a GT4, you can win the GT4 class in every race and still end up with zero points because you've been beaten by the 10 GT3 cars. There are separate points awarded to the Pro Am, Am and Silver classes, so why not the GT4?
N

Am I the only one who would like to have that small feature... the ability to turn the helmet itself completely off in VR??? (like in PC2 and AMS2)
I have a decent PC (5600X + 2080S) but the helmet view (which has the G-forces for breaking, cornering etc.) is a complete crap. The helmet model itself is flickering and not reacting the same time as the head movement.
Would it be that hard to implement this small feature?

Premium
I have done a multiclass race in Oulton for 20 min. He was second in GT3 and on the last lap the first one caught the last GT4s and stayed behind, without doubling them. He had a lot of advantage on me and I had time to pass him. I think it's an AI bug, otherwise very good. AI Difficulty: 84%. Has anyone else had experiences of AI doubling?

Norbert Sajtos said:
Am I the only one who would like to have that small feature... the ability to turn the helmet itself completely off in VR???
Click to expand...

You should be able to turn off the helmet view by cycling the camera view. I believe it is bound to the F1 key by default.

They should add Blyton Park.

Kunos just seem to have the outright ability to make cars in this sim look the part.
Last edited: Feb 17, 2021
N

EsxPaul said:
You should be able to turn off the helmet view by cycling the camera view. I believe it is bound to the F1 key by default.
Click to expand...

I like the helmet view as it has the gforce effects (and the other interior view unfortunately doesn't have this feature). All I need is to be able to turn the annoying helmet itself off. In VR you are limited by default because of the headset's fov. And the helmet makes it even worse. And there's an issue in VR with it, it's lagging, jumping, flickering, not following the head movement smooth. So turning it off would make all VR user's life easier.

LibranRabbit said:
Can it get any better?
Click to expand...

Yes, it really needs fully adjustable side mirrors (Yaw, Pitch, ...) and in game please not through a config file ...
F

3 races done in British GT Champ.
Works pretty nice. Good times for fans of SP ai-races. Mid of championship and my feeling tells me I have to start the next champ straight after I finished the Brit one.
If they really bring Asia and US dlc, I will involve Kunos in each of my prayers.