Reiza Studios, slightly later than usual (and even later until I spotted it!) have released their Development Roadmap for the month of February.

Released on Tuesday evening, the latest development roadmap for the Automobilista 2 racing simulation has been released - and as usual, it comes packed full of interesting and exciting things related to the world of the Brazilian developed title.

Although somewhat smaller than we have perhaps become accustomed to in recent developer updates, this latest blog post is still another very welcome and exciting insight into some of the hard work that continues to take place at Reiza Studios HQ - so read on to find out what the awesome guys and girls behind Automobilista have been up to in recent times! 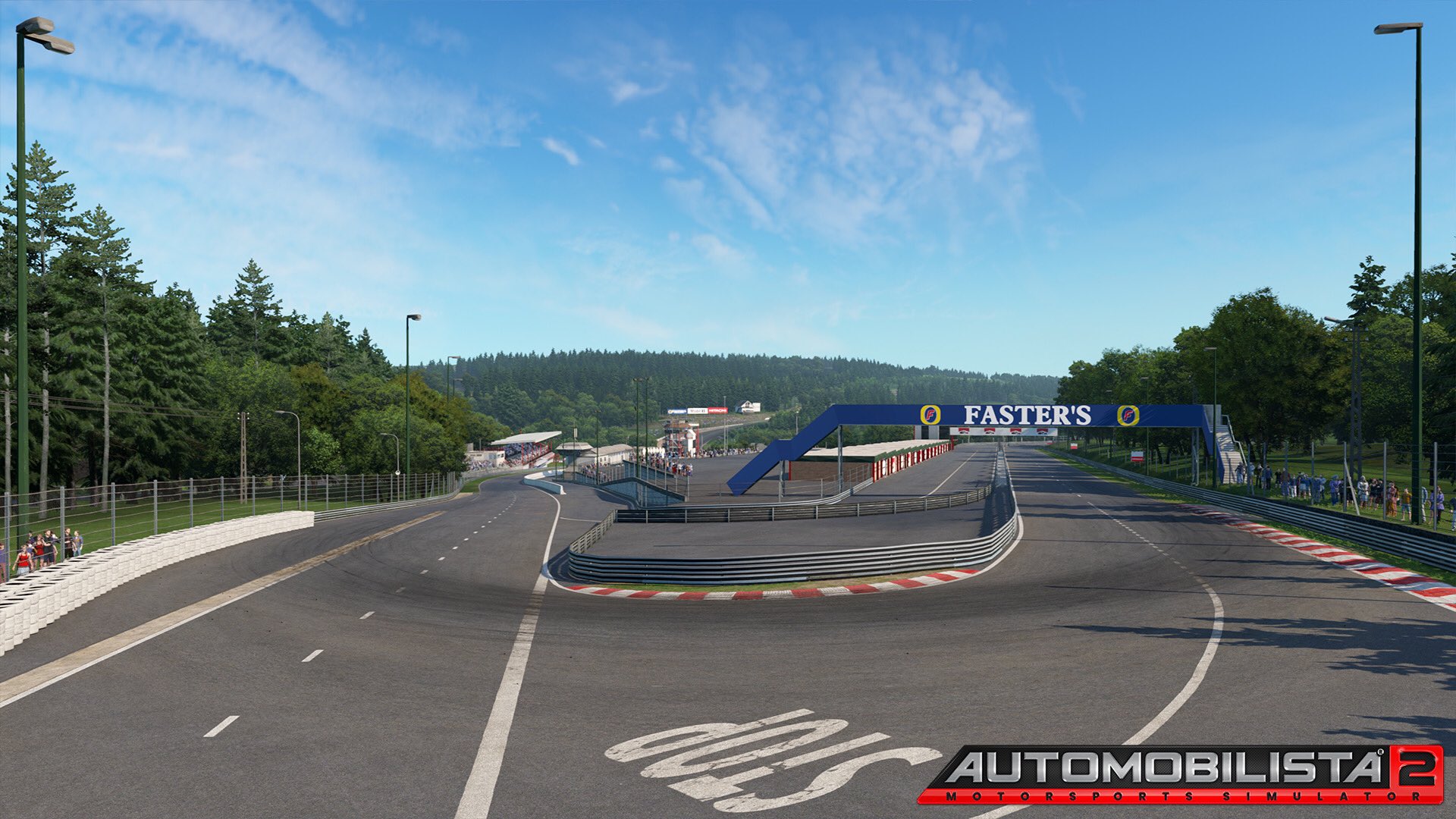 It's hard to believe that we have already hit March 2021 - time is flying by faster than a Sauber Mercedes C9 set to max boost!

March is likewise shaping up to be another very busy month as we gear up to what should hopefully be another major update - one that will mark the first anniversary since AMS2´s initial EA release.

For that reason, we'll be keeping this dev update a bit leaner than usual, focusing on the information that's most important as we approach this new milestone.

LAYING DOWN THE GROUNDWORK

Sunday saw the release of v1.1.2.0 update to AMS2, which has just been complemented by the v1.1.2.1 hotfix earlier today, with another minor update scheduled to be deployed before the end of the week.

While the rate of development has remained pretty intense from the very first public release, the last couple of months in particular has seen a big influx of updates to physics, AI and FFB, and regular users would have been forgiven for feeling like the game was under maintenance. We apologize for the inconvenience, but it has truly been to better serve you

On the physics front, the core of the dev work has been focused on tire and driveline development - these are two components of the physics engine that were completely new in the Madness engine relative to what we had been used to up to AMS1 - they are also much more sophisticated, which has proved to be a steep learning curve to get on top of.

Things did pick up pace in recent months, and physics for certain cars went through some big changes in between updates, occasionally with some sideways steps or even slightly backwards before things come together to lurch forward again - we realize this may have been a bit frustrating to go through for the users, but it was important to get it done and cover most ground in the shortest amount of time so we could establish the stable baseline we´ll be relying on moving forward. 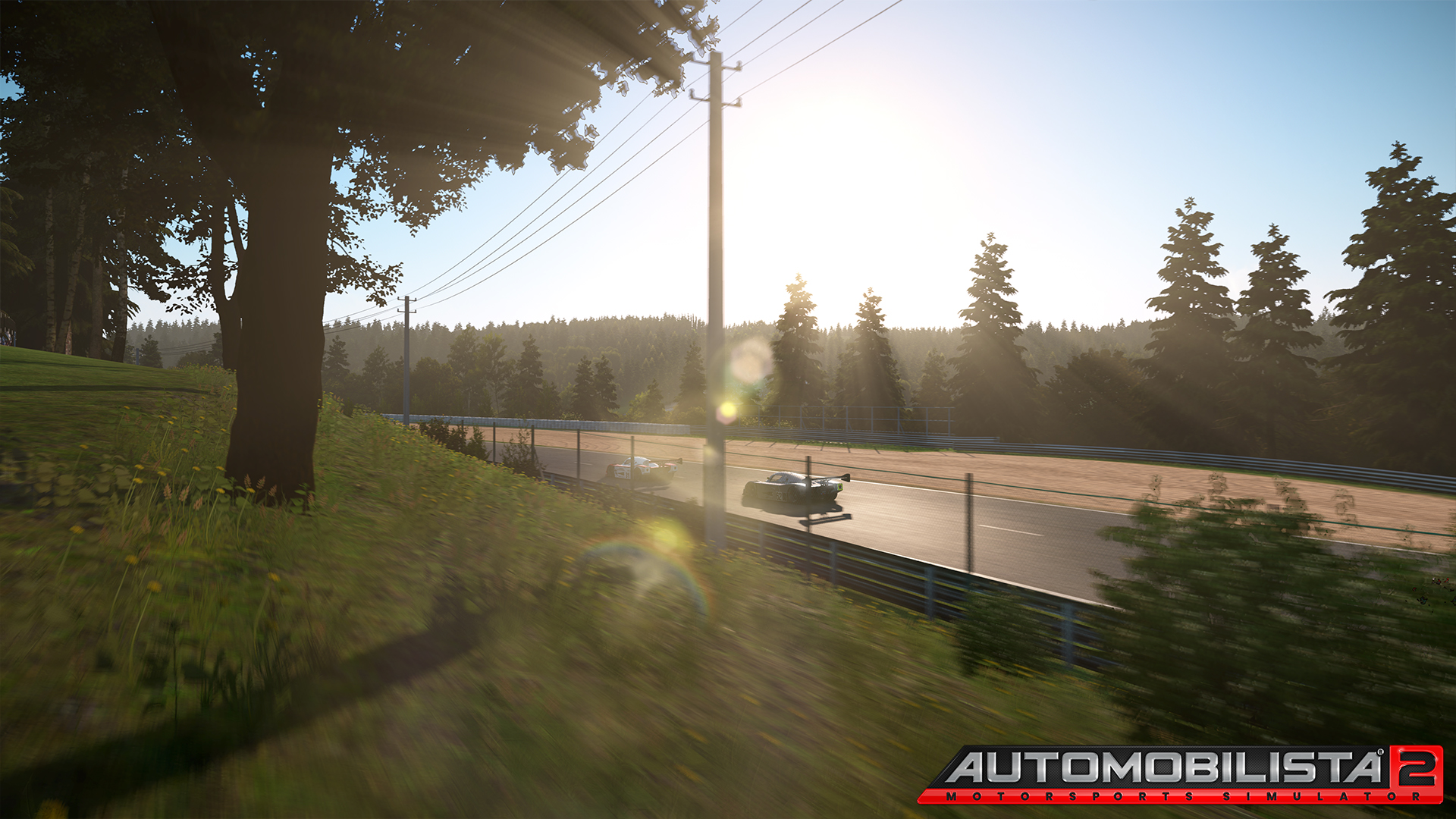 As physics change, the AI needs to be adjusted to suit since they run on simpler tire and driveline models relative to the much more complex physics used in the player´s car - the AI has received plenty of developments of its own, with several adjustments to their behavior and an increased breakdown of previously global parameters allowing for car-specific tuning of various aspects which compose their overall performance - this allows for more detailed fine tuning of AI in any given series, which is crucial in a sim featuring everything from rental karts to racing trucks.

These three fronts are key for a satisfying driving and racing experience, and while all will continue to evolve through AMS2´s shelf life, we have hopefully reached a state from which progress should become more incremental, and users thus can be more reliant on the experience remaining a lot more consistent from one update to the next.

We now have the solid baseline needed to introduce & flesh out more gameplay features to make the best use of all this groundwork - that is the plan as we enter this 2nd year in AMS2 development, and the first big step should arrive already later this month. 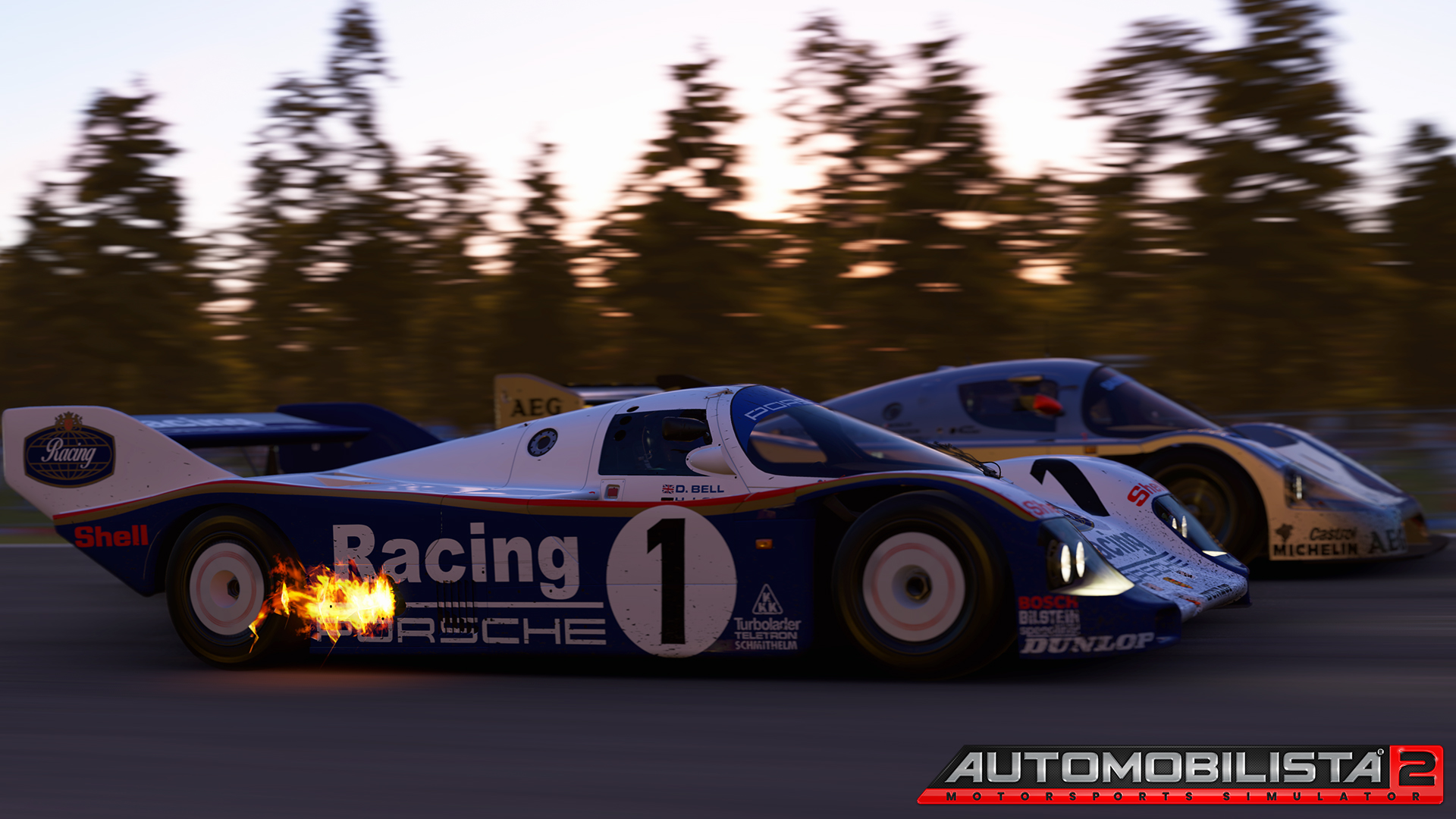 Next month will mark the first anniversary since the initial Early Access release of AMS2 on March 31th 2020, and over this first year we have mostly focused on developing the simulation core and assembling a large, diverse content base; the second will still be primarily about introducing new gameplay features that make best use of all this groundwork.

Given the extent of the physics updates in recent months and their impact on the performance of several cars, we have decided that a reset of Time Trial boards and its setup DB will be in order with our March update; likewise a substantial update to championship mode with several new options will mean saved championships from the current version will no longer work after the late March update.

So a bit of inconvenience ahead, but a necessary clean slate to bring these game modes up to par - while it´s always possible this may again be necessary further down the line in case of a major breakthrough, we assure that at least for the foreseeable future things should remain much more stable. 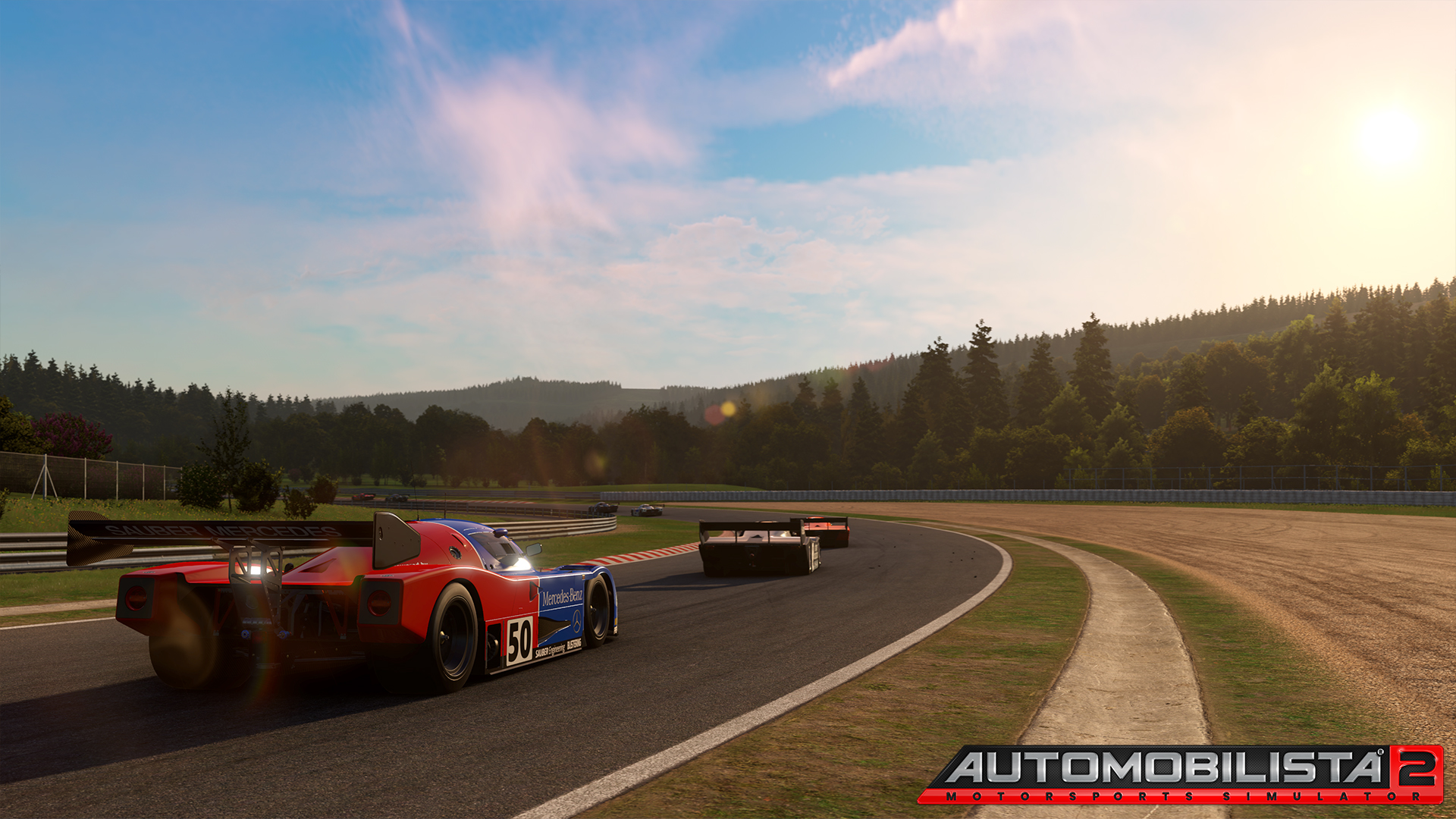 There is a lot of cool stuff coming up with the next update and subsequent months that we are eager to share, but we´ll leave that for the Dev Update we´ll be posting later this month just before the new version is released, so we can cover them in more detail

In the meantime we hope you all manage to stay safe and enjoy a fun time with AMS2 or whatever else tickles your sim racing bone, wishing it´s contributing to that crucial little bit of indoor joy while we continue to hunker down in these tough times!

For AMS 2 news and discussion the AMS 2 sub forum here at RaceDepartment is the place to be! Head over, start up a thread and join in the community discussion today! 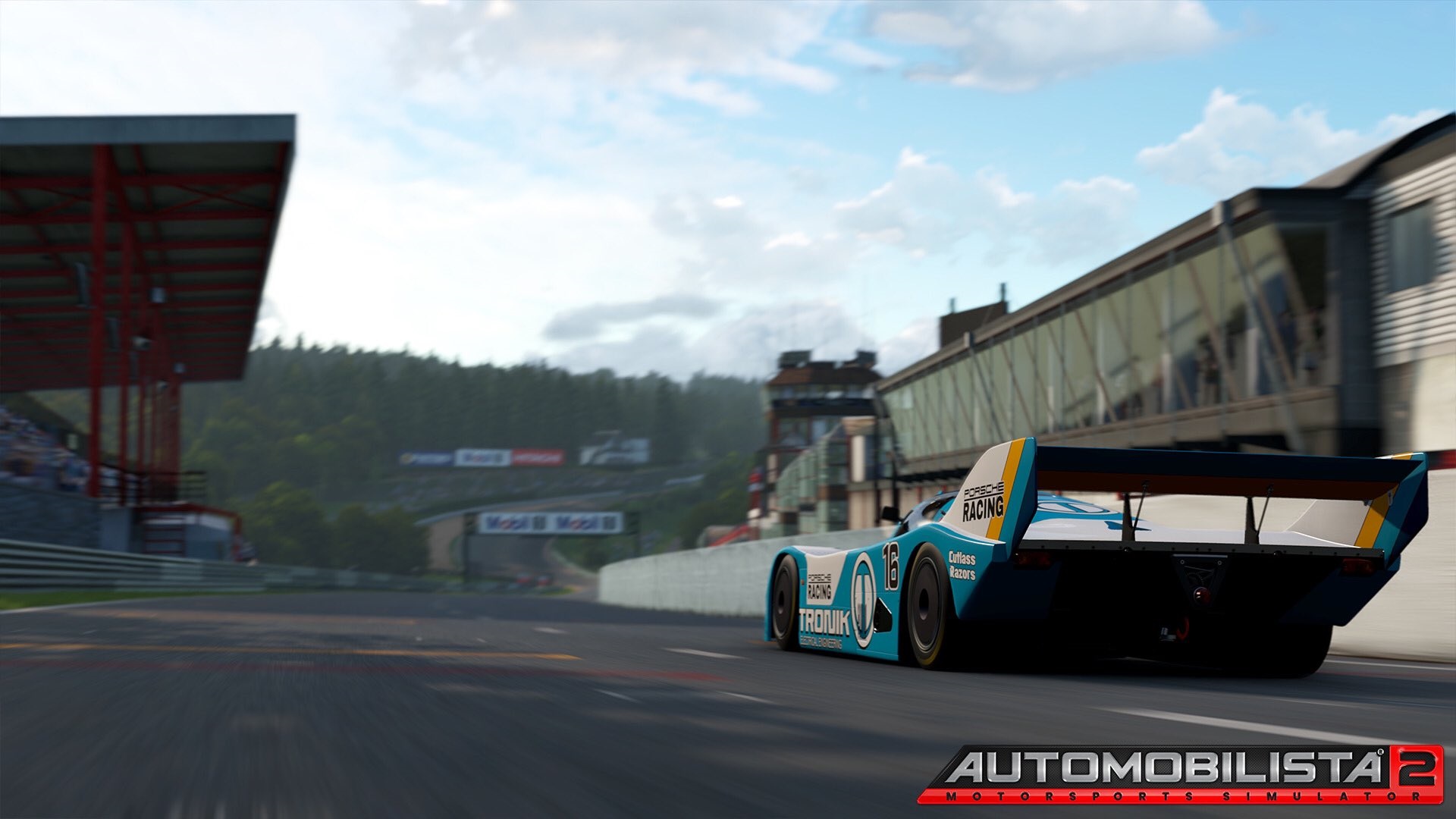 Could LeMans be coming...?

LibranRabbit said:
Could LeMans be coming...?
Click to expand...

Not gonna lie...I doubt it. Its a big order to follow but then again they could just convert the classic and modern le mans from PC2.

a sad day for nemisis69

TRASHTRASH said:
a sad day for nemisis69
Click to expand...

worth to read this post because i am french !!
i ll return to high school so
T

All his fastest laps will be deleted.

Le Mans 24 Hours Track would be great addition!!! Thanks @ Reiza for the good progression , whe looking forward to see great tracks and cars in the future ....and the result of hard work in de rideability of the sim.

So what am i missing here ?

A february roadmap update in the beginning of March ?? Also i did a quick CRTL+F and could not find anything about the Single player championships update which should release in March.

LibranRabbit said:
Could LeMans be coming...?
Click to expand...

I really like rFactor 2, but I want Le Mans i all the sims
S

I am wondering why you guys are speculating about Le Mans. I would love to have it in the game as well, as a historic layout will be wonderful with the gt1 and group c cars. I guess "Le Mans" license, for the event, can't be obtained. But I wonder if it is the same for Circuit de la Sarthe license, although I guess that one is also owned by ACO.


HoiHman said:
So what am i missing here ?

A february roadmap update in the beginning of March ?? Also i did a quick CRTL+F and could not find anything about the Single player championships update which should release in March.
Click to expand...

If you read it you will see that there is a hint for that:

...likewise a substantial update to championship mode with several new options will mean saved championships from the current version will no longer work after the late March update.
Click to expand...

Squalido said:
I am wondering why you guys are speculating about Le Mans. I would love to have it in the game as well, as a historic layout will be wonderful with the gt1 and group c cars. I guess "Le Mans" license, for the event, can't be obtained. But I wonder if it is the same for Circuit de la Sarthe license, although I guess that one is also owned by ACO.
Click to expand...

Of course Circuit de la Sarthe license can be obtained - iRacing has it, rFactor 2 has it, PC2 has it. But I gather it's rather expensive. Of course it would be great to have, as that is one of the few reasons I ever bother firing up PC2.

Just one little detail of all the great developments: When the car stands still and you move the wheel, it feels SOOOOO real, the resistance, slight play in the wheel etc.

Rezia can you please fix the fact that ALL cars on replay look like they are running 5+ Degrees of positive camber on front wheels.
No other sim has this problem and once seen,can't be unseen.
G

What is Reiza's postal address? Where can we send the birthday cake?

G_B said:
What is Reiza's postal address? Where can we send the birthday cake?
Click to expand...

Impossible, the Cake Bandits will surely intercept. They have eyes everywhere.

DirkW said:
Just one little detail of all the great developments: When the car stands still and you move the wheel, it feels SOOOOO real, the resistance, slight play in the wheel etc.
Click to expand...

I do agree, I use a CSW v2-5 currently having previously used a Thrustmaster TX.

Punctures! Muthafudging PUNCTURES! Seriously am I just being slow and have only just noticed this, have they always been there or is it just with the new build. I'll leave a link to a video of it happening in the Porsche 962C on my profile to show it. Have only now seen it happen on Group C and GT1 cars, but seriously is this new?

I would love to see some major advancement in terms of damage both visual and physical in this sim, I have a feeling there is potentially alot that could be done under the hood of this sim. What do you guys think?

This has gotta be old news right? I'd just never had one before.