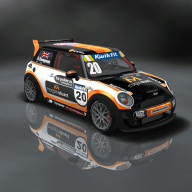 Hi I have built several tracks in BTB for use in GTR2 I am getting a problem with AI congestion. From race start the AI bunch into turn one and are extremely slow, not until around half way round the first lap to they begin to spread and reach racing speed. The first two or three corners they're dropping right down to 5mph/kmh almost stand still.

This is the same on every track build, regardless of how tight or open the first few corners are.

I've altered the waypoints as much as i can in BTB. Increasing the gap between them, and reducing the angle as much as possible. I've seen an AIW editor for rFactor but cannot seem to find anything for editing within BTB, or for GTR2.