Article Discussion
Motorsport Games is almost ready to release their next stock car racing game, NASCAR Rivals. Launching on October 14th, with pre-orders beginning on August 24th across retailers and the Nintendo eShop.

A variety of game modes will allow players to race the all-American stock cars on the go.

"Race Now" is a quick-event deal. Select any driver or team and race at any track featured in the 2022 NASCAR Cup Series.

A "Career Mode" allows you to customize your own NASCAR driver, join an existing team or create an entirely new one. 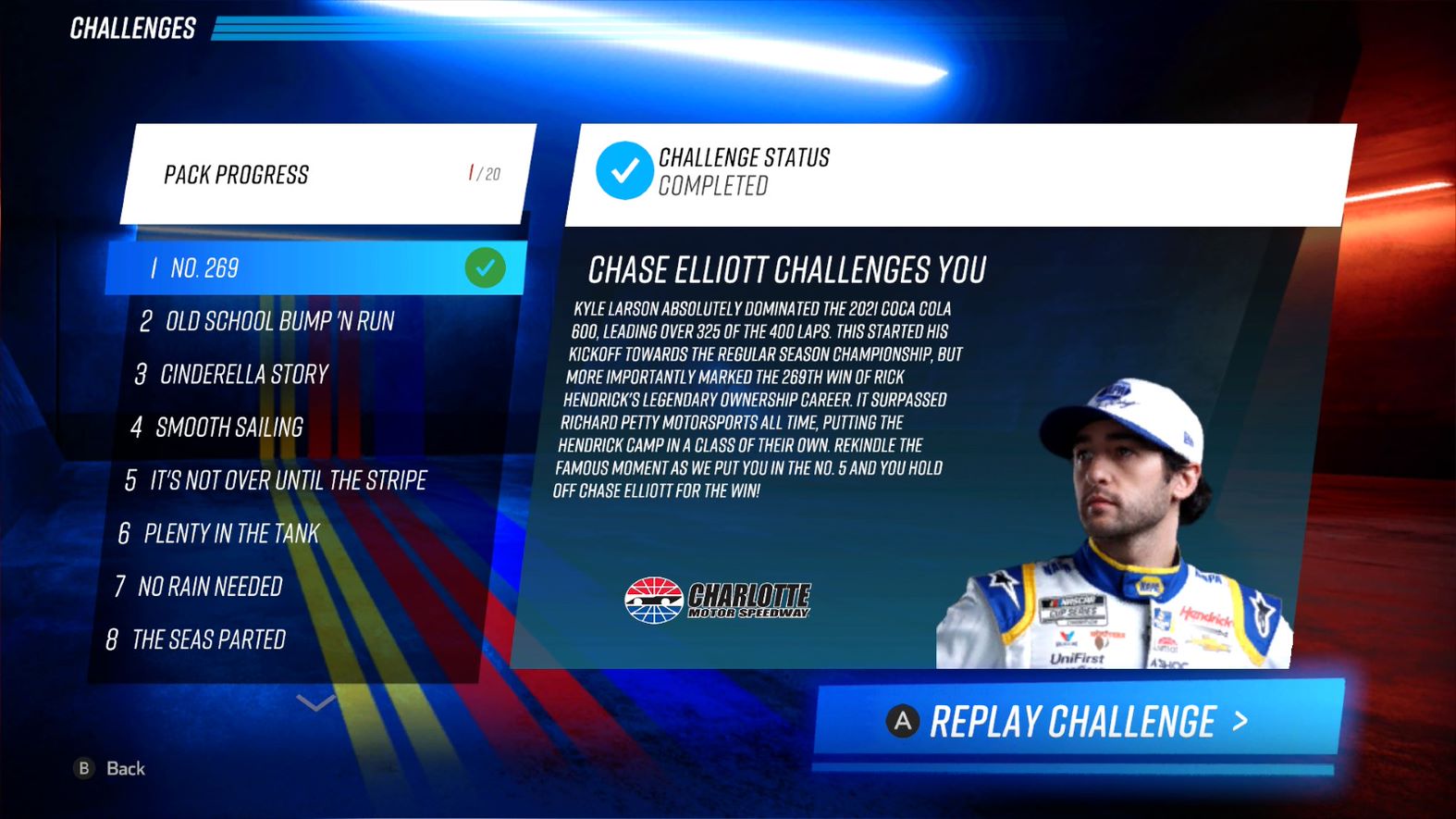 "Challenges" simulates events inspired by real-life situations on the race track. In those, you will have to fulfil a specific goal, given in the challenge description.

Apart from single-player modes, multi-player is also available in both "Split Screen" of 2 drivers and "Online Multiplayer" of up to 16 players per server options. New to the game is also a "Local Multiplayer" mode, which allows for LAN-party-like events for up to 8 drivers.

Furthermore, NASCAR Rivals will allow you to create custom paint schemes in the in-game "Paint Booth". Unique driver avatars will also be creatable with a variety of appearances, sponsor logos and more.

“NASCAR Rivals is Motorsport Games’ latest racing experience that meets fans where they are, giving real-life drivers and NASCAR fans alike the ability to take it on the go,” said Dmitry Kozko, CEO of Motorsport Games.

“As we continue to work alongside NASCAR to grow its gaming franchise, we’re excited to give players the opportunity to out-do themselves on the track wherever they are thanks to the Switch’s portability.”

It will be interesting to see how a serious racing game plays on the Nintendo Switch. Between the Mario Kart's and Legend of Zelda's of this world, will NASCAR fit in to the fray?

More importantly, do you own a Switch and will you get this newest NASCAR video game? Let us know in the comments down below!
Reactions: b)b, Gdluque, fatal and 8 others
About author

I hope people have learnt not to pre-order.
"Oh, another NASCAR game?"
>Motorsport Games
Well watching the fallout from this should be rather entertaining
* Grabs Popcorn *
Last edited: Aug 17, 2022
Does switch even has a wheel support?
i feel like those pictures of headlights they have on the liveries, were made precisely for the Switch
Nascar 22: Ignition
No VR, No Buy

Evi said:
Does switch even has a wheel support?
Click to expand...

What a silly question...of course it does!

Last edited: Aug 17, 2022
No video of game play makes be weary of the title. However, not my problem--I'm a PC racer. I sure some young kids may find it fun if they are looking for an arcade style video game. Without proper wheel/pedal driver input via controllers, I would think it would have to be classified as a non-simulation. Just good to see options for other people's interest.
Motorsport Games - Haven't they taken over rFactor 2 (correct me if wrong)...if so I would assume at some stage in the future PC Nascar games or any other games that Motorsport may develop for PC may have rF2 Physics...which to me would make sense.
However, at this stage while Nascar Rivals looks ok I will personally just sit on the fence and watch only.
Last edited: Aug 17, 2022
Clearly a news that have nothing to do with the seriousness of us sim racing pro drivers multimillion dollars contracts at RD
I love how the trailer don't show any gameplay...


good signal, this will not be another dumpster fire... (irony)
oh this is gonna be good to watch go down... in flames
On Switch there is only really one other game which simulates racing and that's Grid Autosport so I think Switch sim fans are starving for anything they can get their hands on.

If you're on a train, plugging a PC and DD wheel into the free usb ports is generally frowned upon when you fancy a fix.

For Herbert the perpetual pedant: Yes, I know Grid is not a 'sim'
No reason a sim(ish) racing game couldn't come to the Switch, and hopefully this'll be decent.

But... seriously, Motorsport Games? You cancel NASCAR 22 for PC and consoles (instead promising to release a 2022 expansion for the broken NASCAR 21 game no-one is playing) but continue to put dev effort into a title for the Switch, of all things? Resources (human and financial) that you could have put towards improvements for an actual 2022 video game for PC and consoles? Never mind how that will piss off NASCAR fans and sim racers... I doubt NASCAR, who wanted annual flagship game releases, will be pleased. Is this really working to help "NASCAR to grow its gaming franchise"? I doubt it.

Seems like yet more questionable decisions in the long line of iffy decisions from Motorsport Games.
Last edited: Aug 17, 2022
Cant wait to read & watch the reviews.MSG titles are like the movie Final Destination where you are waiting for something terrible to happen & you cant look away.
We all know this ends badly...

Yogi99 said:
On Switch there is only really one other game which simulates racing and that's Grid Autosport so I think Switch sim fans are starving for anything they can get their hands on.

If you're on a train, plugging a PC and DD wheel into the free usb ports is generally frowned upon when you fancy a fix.

For Herbert the perpetual pedant: Yes, I know Grid is not a 'sim'
Click to expand...

Is it frowned upon? There's only one way to be sure!
This will be just a reskin of Nascar Heat 5 with updated cars/paint schemes with the Motorsport Games label on the cover. I think it’s better like this so they *maybe* will not screw this up
Last edited: Aug 17, 2022
Better off with Wreckfest on the Switch.....