Newly built installer. I have tried to make it as straight forward as possible.

I have added many new camera mods.
Different chase cam heights, No Lag, No Jolt, No Pull Away, No Shake FX, Bonus MicroMachines Mode.
I have also added a No Intro Fix installer to get rid of the intel and codemasters intro videos. From v1.2 onwards I have also reduced the amount blur effect on all cars which is active on all mods in the package.

When installing the modified files the installer works from the top of the mod list down. For example, if you selected backup existing cameras, backup existing intro videos and one of the camera mods, the exe will perform those actions in that order.

When installing for the first time and you are asked for the root directory, please navigate to the GRID Autosport install directory.

IMPORTANT:
When uninstalling the app using the add remove programs feature, All modified camera files and No Intro fixes that have been previously installed will remain in effect unless you first run the cam mods installer and select restore default cameras and restore default intro videos.


What the camera mods do...

Backup the existing camera files:
This will create a complete backup of your cars camera files
and place them in the cars\models\Backup folder.

Restore the games default camera files:
This will install the original games camera files into the cars\models directory.
The original default files are part of the exe and are always available via the installer.

Backup the existing intro video files:
This will create a copy of the games original intro videos and place them in the video\Backup folder

Restore previously backed up video files:
This will copy the video files found in the video\Backup directory and copy them back to the video directory.

Install No Intro Fix:
This will install 2 small intro videos into the video directory that the game will use when it loads up.
The files are tiny so It gives the impression that there is no video at all.

The idea behind these mods is that I found the default views for the bumper camera
to be to low to the ground and the chase cameras view to be to low behind your car
obscuring the view of the track.

No Lag:
This removes the lag, tilt and roll of the camera when using chase cam views.
The car will stay in the centre of your view when driving instead of the camera swaying
left and right. This makes driving in chase view more like bumper cam mode and
I personally find that it makes driving your car much more precise as it is easier to line
your car up with the apex of corners more accurately. It does take a while to get
used to but once you have adjusted your driving style it really works great.

No Jolt:
By default the camera jolts slightly when changing up or down gears which I found distracting.
This mod stops the camera from jolting when gears are changed.

No Pull Away:
The idea behind this mod is that I did not like the way the car pulled further
away from your point of view the faster you car travels when in chase cam mode.
I found it made picking your racing line unpredictable. This mod stops the car pulling away
from the camera.

No Shake FX:
This disables nearly all of the camera shaking effects.
Giving you a steady view to let you concentrate on the track and driving better.

MicroMachines Mods:
Just a little fun, both chase camera have been raised way above the track for a top down perspective.
Not perfect as some tracks have tall buildings which get into your view.


NOTE:
In the games OPTIONS & EXTRAS - OPTIONS - GAMEPLAY, I would also turn Tilt OFF and set camera shake to 0%

TIP:
If you want to test the various mods without restarting the game simply ALT+TAB to the desktop when in the game. Then run the Mod installer and install the mod you want. Go back to the game window and then select a new car to race.
The newly installed mods will then take effect once the new car loads into the game

You Might raise more camera positions?
example: a bumper height or floor level 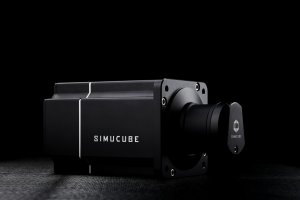 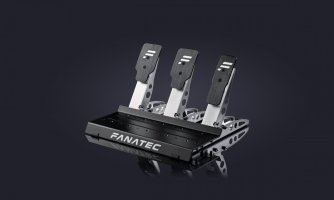 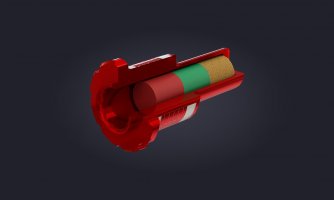