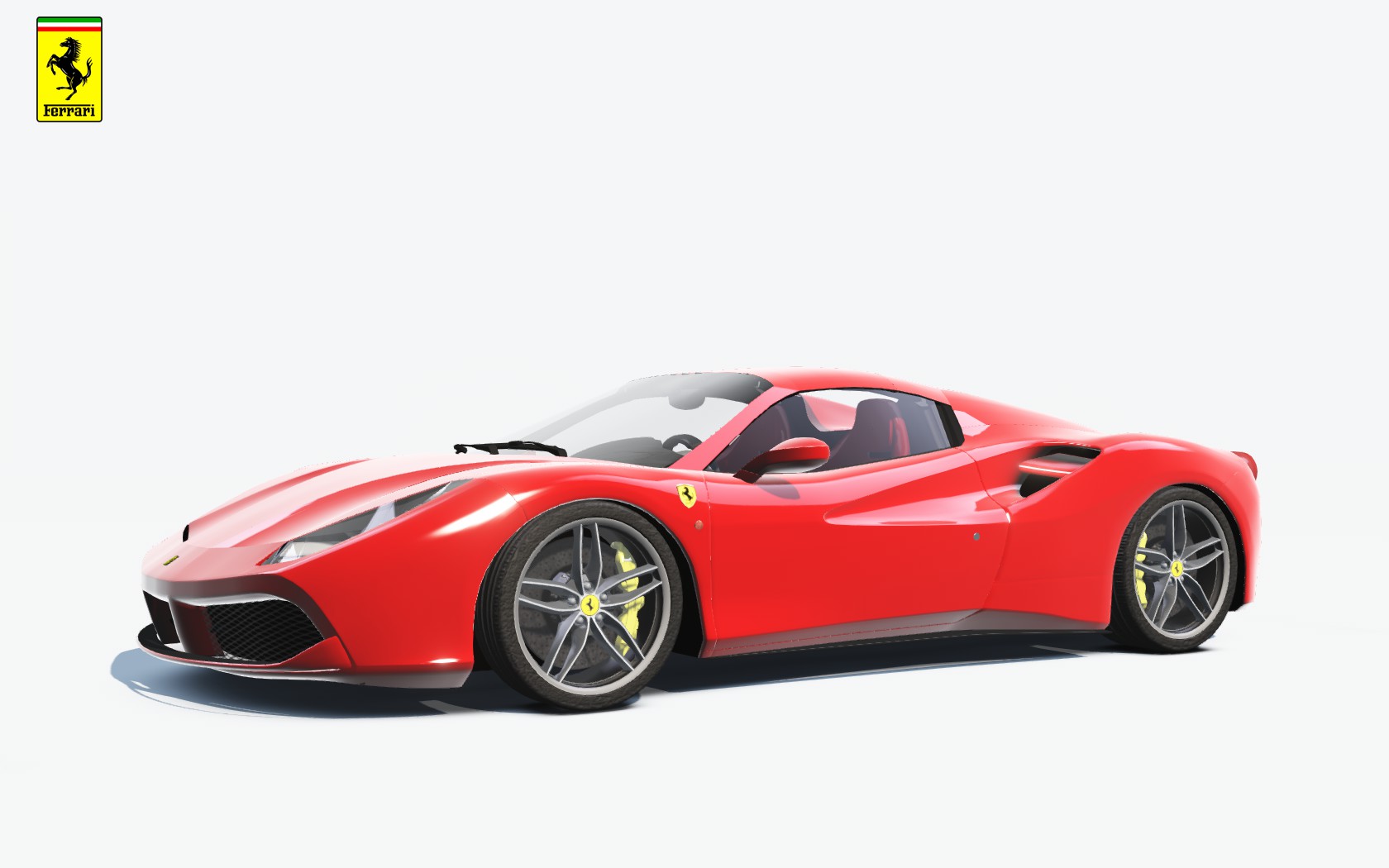 In the past three months I have been the computer because I broke my elbow, so I focused on the realization of this mod. My knowledge were the base, for this I spent a lot of time trying to improve things that if done right from the start, I speeded up the work. I'm sure you will find many mistakes that maybe I have not seen, but the work took me many hours. The car is at version 1 but with the passage of time will improve further. For modeling and texture, I did everything myself, in fact the car weighs more than it should, since I focused more on quality than on optimization. Be careful, many ingame car, higher gpu consumption. Missing optimization to internal and all external lod. The hands of the driver are still being tested and the speed with which changes gears should be reviewed. Special thanks to Luca Pierrotti for his advice. Kunos member Gianluca Miragoli, and the creator of the physical and sound Matteo Vignaroli. The car can download for free, but if you wanted to make a small donation I'd be very grateful. I promise you that there will be continuous updates. At bottom you will have a surprise which will arrive soon (for the new season). 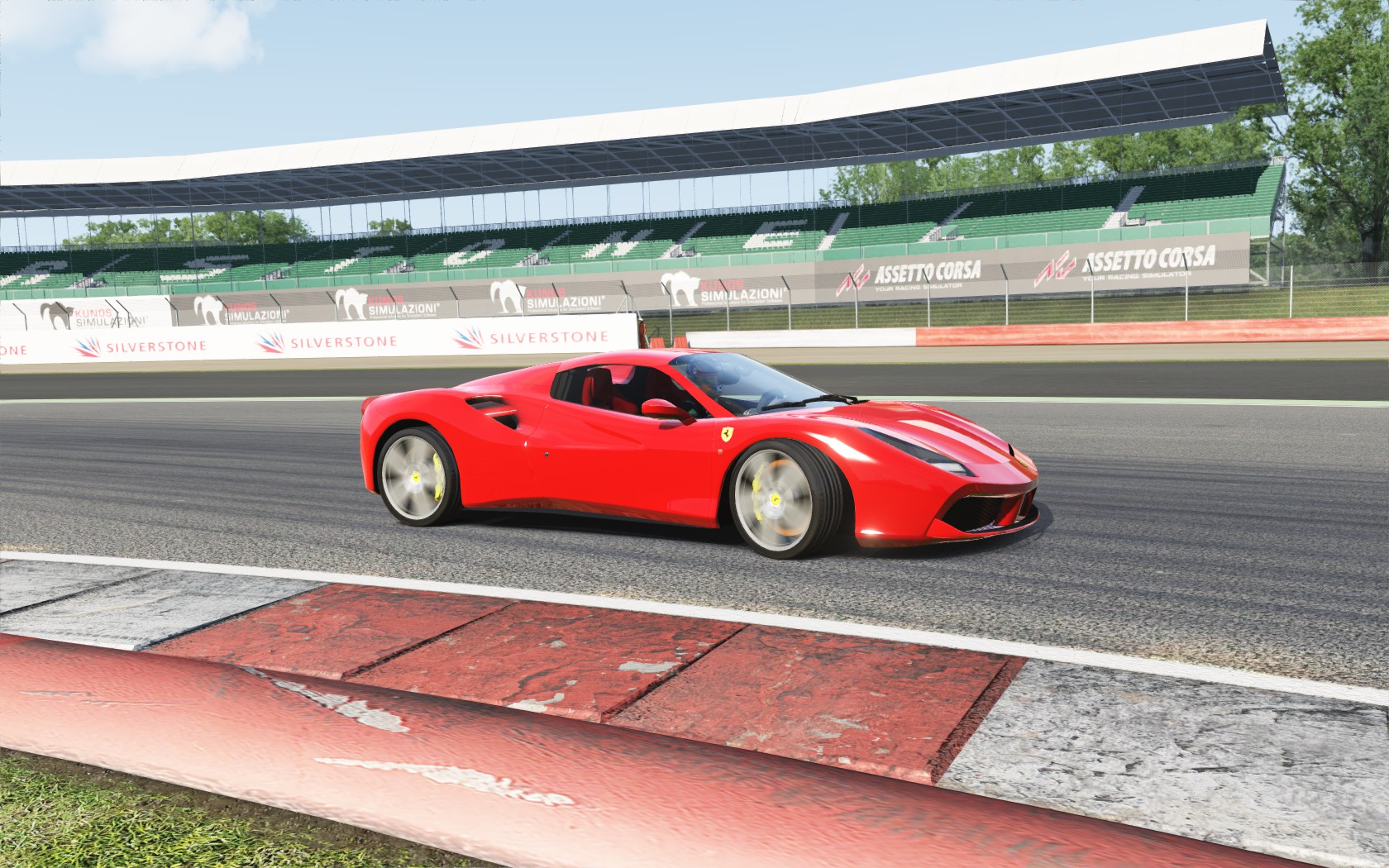 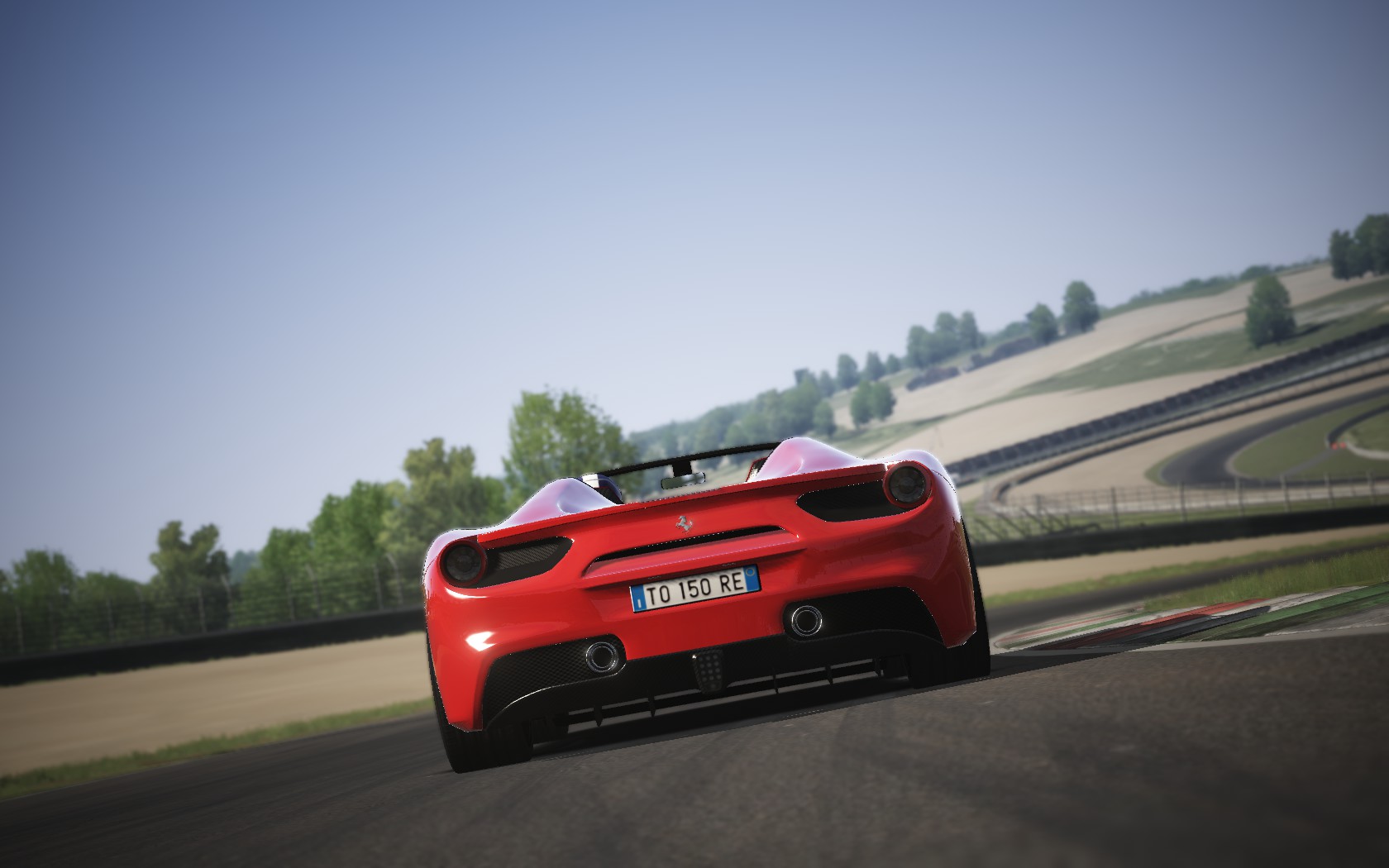 There's no interior glass texture, so the windshield and side glass are invisible - easy fix. The center mirror is not adjustable, but the side mirrors are. Between the hood (bonnet) and the interior, you can see the ground (simple fix), and the interior digital display is floating above the dashboard, which you probably only notice in VR, but which stands out a lot. This is also a pretty easy fix as you just need to adjust the position in the digital_instruments.ini. The fuel gauge isn't implemented, but that's not a big deal (difficult fix). There's no exterior AO layer (I think) and so the shading on the diffuse layer really stands out in VR, though I'm sure it's fine outside of VR. You can make an AO layer in CM and apply that. Interior detail layer is a bit too large in terms of the detail repeat. So the tiny textures look huge in VR.

Again, amazing car. It just needs a few tweaks. I'd also raise the noise level for the wind as I'm sure most people will drive this with the top down.

Also, you can put the roof animation in as an animation for a "wing" and then put the roof animation in the AERO section of the setup.ini. Then people can raise and lower the roof in the setup vs tying it to the lights. But that's up to you. Write me at feintgames.com if you want to know more about how to do that.
Upvote 0 Downvote
hola, el sonido del auto al subir la marcha suena raro, tambien no me funcionan las animaciones, no abre puertas nada de nada, alguien sabe que tengo mal?
Upvote 0 Downvote
Works and drives great. No problems on latest AC version, sounds work considering this mod is from 2016! And nice suprise when turning on the lights!
Upvote 0 Downvote
AWESOME! Probably the MOST fun supercar I've driven in AC, the handling dynamics are exceptional - more fun than most of the stock cars. Highly recommended - especially around Blackwood circuit! +++THANK YOU+++
Upvote 0 Downvote
beautiful
Upvote 0 Downvote
Great looks, great sounds and awesome roof!! A bit vertex bugs on the steering wheel, but otherwise very perfetta!

Here's my VR video about the car: https://youtu.be/Kh3JrHAj42Q
Upvote 0 Downvote
The collider doesn't seem to work as when I go over a speed bump the car launches in the air and does a front-flip. ( This happens on the concept1 test road, in norway. This didn't happen in other cars
Upvote 0 Downvote
Awesome mod! However car does not spawn in black showroom for making previews
Upvote 0 Downvote
Worth 5 stars - great progress with this car. Hope we will keep things up. Roof animation is a great idea.

Only minor things ... roof animation could be slower, higher resolution textures for cockpit if you got time, some cracks with the sound are happening.. but i like it as it is.

garuda
Purtroppo me ne sono accorto anche io e non ne vengo a capo. L'auto risulta al centro in 3ds max ma nella preview non la trova.
Upvote 0 Downvote
Incredible, great update. thank you very much!
Upvote 0 Downvote
Beautiful !!! Thx
Upvote 0 Downvote
Nicely done model. But I can't imagine that the physics are right. This car behaves pretty bad for a sport car, especially out of mid-corners (understeering). If this car really has a behaviour like this IRL, me as a customer would file in a complain ;-). The 458 in comparison can be perfectly pulled out of corners, controlling the gas only and keep it in balance. Including oversteering when going too hard on the gas. Exactly what a proper sport car should do. It will be interesting to see how the physics are in Kuno's version.
Sound is ok, could be more aggressive.
Upvote 0 Downvote
Please change the dashcam...
Upvote 0 Downvote
Very nice cars Thx
Upvote 0 Downvote
Many thanks!
Upvote 0 Downvote
Its a good mod but as RowanZa mentioned. Once Kunos release their version this will be never used. Instantly dead mod :(
Upvote 0 Downvote
Car model and skins are new, but the data, physics and sound are from the other 488 spider submitted a few months ago.

I like the option of the two types of rims for each skin. The cockpit is not quite on par with the other version though ?

With the GTB arriving in the next Kunos DLC we will now have the complete 448 collection :)
Upvote 0 Downvote
Read more…