Log in to download, or make sure to confirm your account via email
Ask a question
Reviews (11) History
This was developed for ACRL but uploaded here for other leagues to use. The python app includes the option for many rules used in current and recent F1 to be checked. The main aim is the 1s DRS activation rule. It is set up to give chat messages to a server when rules are broken. However the app cant prevent the DRS being used at the incorrect time so it sends chat messages when rules are broken.

Example video from earlier in development. 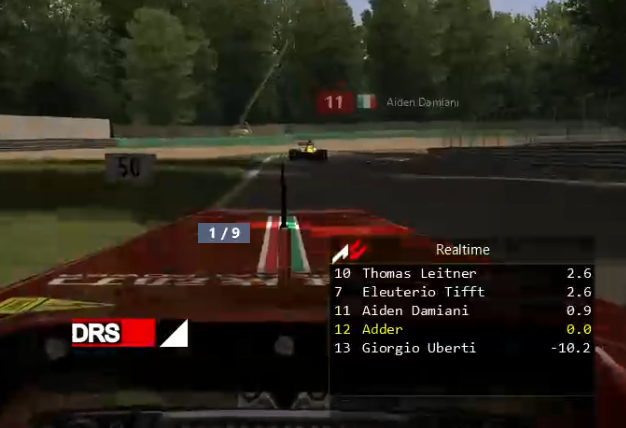 Here at the detection point I am within 1s of the car in front but it is lap 1 so the app shows red. If it was within 1s and on lap 3 or later the app shows green when DRS can be used and an optional beep is then played when the DRS start line is crossed. The penalty flag is shown as I used DRS leaving the grid. 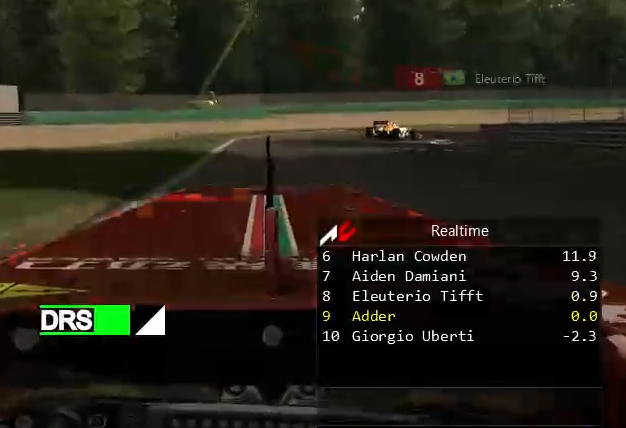 Here on lap 4 you can see the valid DRS icon, if I had used DRS further at incorrect times a number would be shown next the penalty flag. Outside of DRS zones the background colour disappears and only the DRS text and penalties (if any) are displayed.

The app has a user preferences.ini file where they can set the size and various options like a beep for valid DRS. Also a rules.ini file where a league admin can select what rules to use. The app on start up sends a chat message to the server with the check sum of the rules file and the app itself so you can check for tampering.

Rules that the app can give notifications on:
DRS violations give a drive through penalty and these can stack, but every infraction is logged in chat so you can apply whatever post race penalties you wish.

A summary of un-served penalties is given at the race end. The app is designed for lap races and HAS NOT been tested or developed for timed races.

Sadly can't stop DRS being used so this is pretty much only of use to leagues and not useful for single player vs AI.

Feel free to modify the app to suit your specific leagues needs. The intended use of this app is that you get your racers to download this app which is installed by extracting the folders into the assettocorsa folder. You then modify the /apps/python/ACRL_DRS/rules.ini to suit your needs and get your members to replace the rules.ini file with the one you made.
Reactions: Lady Oscar, Papifix, After_Midnight and 1 other person

Fantastic.
Thanks a lot :)
Upvote 0 Downvote
When I activate the app and click on the drive button the game crashes
Upvote 0 Downvote
Great app, we're loving it for our national league over at Sim Race South Africa. There were some that disputed the penalties, so I wrote this small app to archive the chat-logs for post-race review (e.g. for anyone who didnt take their drive-through penalt(ies): https://www.racedepartment.com/downloads/srsa-chat-extract.22366/
Upvote 0 Downvote
Qonderful app!!
sadly i have an issue and i hope y can help me, am going to expose it into the support
Upvote 0 Downvote
Hi, if the detection point is one in two drs zones then the application does not detect the second drs zone (Melbourne Grand Prix Circuit).
Upvote 0 Downvote
Excellent and essential app! Must have! Many many Thanks!
(NB: edit the preferences.ini to add your favourite cars for using the app, set by default for only ks_ferrari_sf15t and ks_ferrari_f138).
Upvote 0 Downvote
Nice
Upvote 0 Downvote
This app looks really good, well designed and thought out, and finally gives some point to DRS in AC.
Upvote 0 Downvote
Superb app - very clear
Upvote 0 Downvote
Topnotch app! Our league thank you for that indispensable app
Upvote 0 Downvote
Finally an app that really provides correct DRS rules in Assetto Corsa!
Upvote 0 Downvote
Read more…