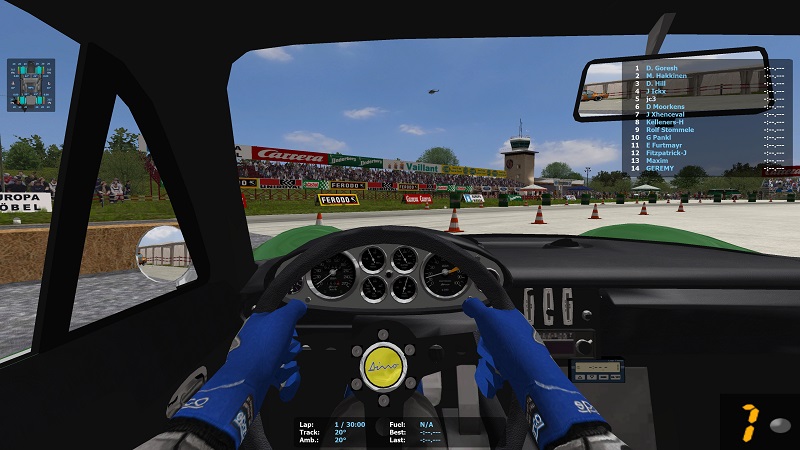 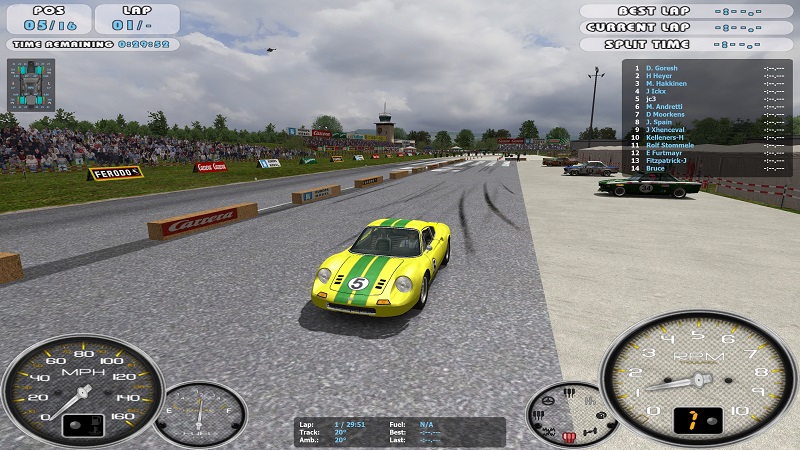 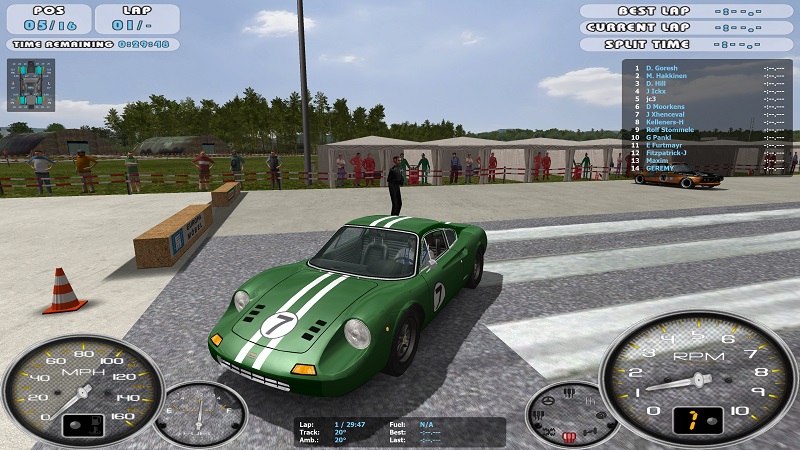 Thanks to Goresh for asking me to convert the GTL-GTR2\P&G version of this lovely car to GTL.
The Dino story began with a Dino Berlinetta Speciale concept car designed by Aldo Brovarone at Pininfarina. It debuted at the 1965 Paris Auto Show with a longitudinally mounted V-6.
The car was named after Enzo Ferrari's son, Alfredino Ferrari, who unfortunately died in 1956 at the age of 24 due to kidney disease. Alfredino had earned an engineering degree and upon completion, he began work on developing a new V6 F2 race engine for Ferrari.
The first production Dino 206 hit the road in 1967 with a 2.0-liter Transversely mounted dual-overhead-camshaft aluminum V-6 engine and a Scaglietti-built aluminum body. Later models were easier to build with less expensive steel bodies. The Dino's name was changed to 246 GT for 1970 when its engine was enlarged to 2.4 liters. Fed by a trio of twin-barrel downdraft Weber carburetors, it pumped out a healthy 195 horsepower.
The prototype for the 246 appeared in the early part of 1969 with the production version being rolled out only months later.
Scaglietti built the vehicle while the Ferrari designed engine was built by Fiat. Production continued until 1973, and a total of 2,487 246's were produced.
The mod comes complete with 8 cars, 3 Wheel styles. Sounds & Talent files. PSD & PSP Templates are included in a .rar file in the 246 Dino folder.

Credits:
Goresh - Conversion.
Aris- fantastic physics, compatible with PnG.
Jandri- skins and testing.
Sunalp2- GTL conversion.
Extract to your main GTL folder.
sunalp2
A note from Goresh:
I hope everyone enjoys this car as much as I do, its been along time promised and I'm happy to release it as a gift from me, Merry Xmas.
Ray aka Goresh

Excelent view of a Dino Ferrari
Read more…
59 comments
Assetto Corsa Competizione | GT4 Pack DLC Review (Video)
70 comments
Community Question | What Do You Like The Most About Sim Racing?
58 comments
I take on Jimmy Broadbent, Chris Haye and Jardier in GT4's in Assetto Corsa Competizione
223 comments
Community Question | What Racing Series Would You Most Like To See Made Into A Sim?
65 comments
2020 Styrian Grand Prix | Driver Of The Day: Vote Now