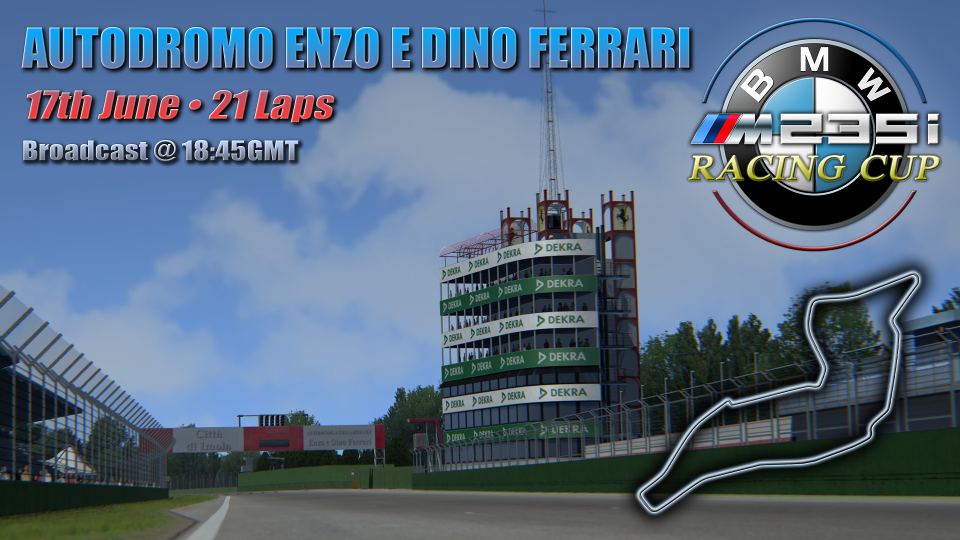 After two fierce and intense races, this week we bring you the third and penultimate round of the Virtual BMW M235i Racing Cup, in Assetto Corsa. The meeting will take place at the world famous Autodromo Internazionale Enzo e Dino Ferrari, more commonly known as Imola, in San Marino. Once again, due to the sheer amount of interest that this championship has received, races shall be ran across two servers to accommodate the grid. The event shall be on Wednesday 17th June 2015, and there will as always be a live web stream for viewers across the world.

Over the years, Imola has seen its fair share of incidents and fatalities. The speed of the circuit, and these horrific events resulted in the re-development of the infamous Tamburello and Villenueve corners in 1994 for safety reasons. However, in 2007 the track underwent yet more re-constructive work in an attempt to restore its fast-flowing nature. The layout remains the same to this day. Only the ELMS and SBK currently run at the circuit in spite of its Grade 1 rating. However, it won't be quiet for much longer, with a 40-strong herd of BMWs and their drivers heading in its direction to battle it out for the top spot as we enter the final two rounds of the VBRC season.

The format for this event will be a single 21-lap race, after an initial 15 minute qualifying session to determine the grid order. Once again we're hoping for an action packed evening of close fought racing!

Watch the live stream on Wednesday!
We will be bringing you full, live coverage of qualifying and the race, with commentary courtesy of R.J. O'Connell and Yuri Kasdorp, from 18:45 GMT onwards.

You will be able to watch the event live, and also join in with the conversation, on our live stream page featuring the popular chat-box.

Round 2 @ Donington - Race Recap
With all but one driver on server one being treated to disciplinary action, the provisional race results differ quite considerably to the final results with penalties having been applied. This did not affect championship hopeful Niki Djakovic, for Team Vires, who finished first and in turn moves to the top of the leaderboard. CORE Racing's Ales Kurent finished second, followed by Geoffroy Tassenoy for the New Horizons team in third position. He was followed by Ales' team mate Luka Peklaj, whilst Simon Knight, the second half of the New Horizons team, finished sixth. Fifth place was claimed by Andy White, for Cold Zero Motorsport. Silverstone winner, Akis Kevrekidis of Double Dragon, managed seventh, whilst his team mate, Stelios Fevgatos, was unable to start the race. Meanwhile, on server two, all but one driver escaped being penalised for cutting and consistently going beyond the track limits. Severin Austerschmidt, for Ecurie Aix, is sixth, out of the seven drivers that crossed the line. MadCape Racing Team's Jack Keithley finished first, followed by Timm Fahrbach (Ecurie Aix) and Michael Klein (Road House Racing) in second and third. Fourth place was taken by Rob Walker (Cold Zero Motorsport) followed by James Hemp (Green Devil Racing). Meanwhile, independent driver Blair Johnson brought up the rear in seventh place. More information can be found in the final results and standings tables following Round 2 of the VBRC.

Don't forget to check out the the full entry list of teams and drivers, as well as further details about the upcoming race.
Last edited by a moderator: Jun 16, 2015
Reactions: Akis, Ross Balfour, Joel and 1 other person 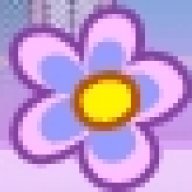 Stream page is down?

we were running some technicle difficulties it should be up and running any minutes now.