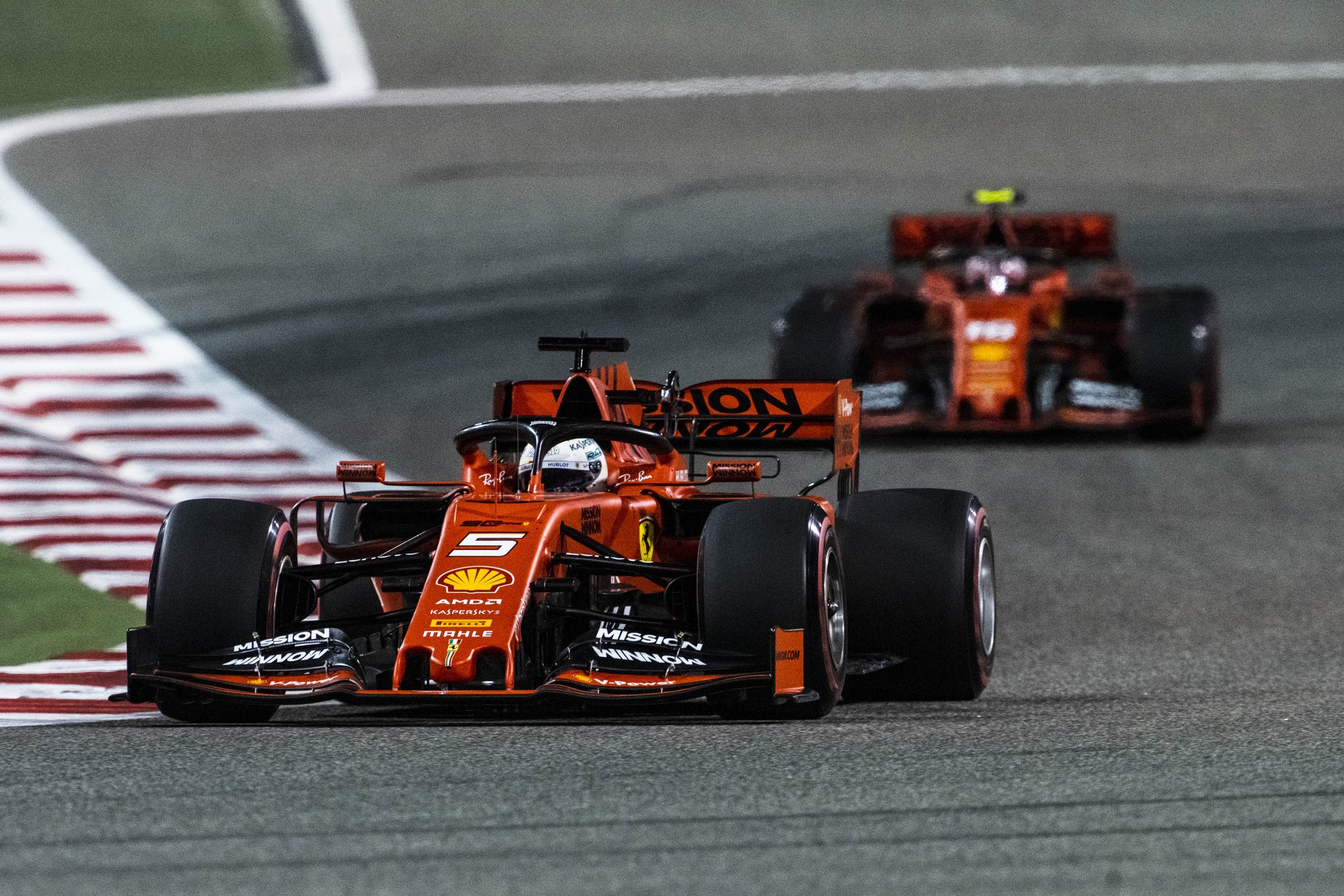 Despite locking out the front positions during the opening day of the Bahrain Grand Prix, Ferrari believe their pace to be "misleading" heading into qualifying tomorrow.

Melbourne was nothing short of a disaster for a Ferrari team riding high following an impressive two weeks of pre-season testing in Barcelona, with just a disappointing fourth and fifth place finishes to their name in Australia, and never looking likely to trouble the teams at the head of the race.

With the field heading to Bahrain for the second round of the season, the Italian squad have started in much more convincing style, setting table topping times in both of the opening Free Practice sessions of the weekend. Despite the obviously strong performance displayed by the outfit, lead driver Sebastian Vettel believes the gap to their rivals is misleading, and expects the field to close up come qualification on Saturday afternoon.


“I think that the results of today are misleading. I’m expecting quite a different situation tomorrow in qualifying, I’m expecting our main competitors to be very strong again" said Vettel at the end of Friday running.​
“But certainly, for what we’ve seen today, the situation is quite different to what we’ve seen in Australia. Which means that we’ve progressed compared to Australia" added the four-time World Champion.
​
Having been hard at work since Australia trying to understand the pace deficit to Mercedes around the Albert Park circuit in Melbourne, it is clear that Ferrari have brought a better car to the Bahrain International Circuit, aided no doubt by the distinctly different characteristics of the first permanent track the series visits during the 2019 season.

However, Vettel believes some of the advantage displayed today can be placed at the door of differing engine mapping settings being run by each team, especially as we are yet to see the now famous "Party Mode" that Mercedes traditionally save until qualifying on the Saturday afternoon.


“I think the delta you may see to the others is not too significant, and I think tomorrow it will certainly be a more tough battle,” he explained. “The others will be very strong tomorrow.

“I think it is quite obvious, and you may see the GPS data and from the speed on the straights, we were certainly pushing different engine modes compared to what the others were doing today. So I am expecting a very tough battle tomorrow.” added the German.
​
Engine map modes or not, it will certainly be a reassuring sight for Formula One fans to see the red cars back at the sharp end of the grid, reducing the risk of yet another display of dominance from current form team Mercedes.

For more from the world of Grand Prix racing, be sure to check out the Formula One sub forum here at RaceDepartment, and get involved in the community discussion.