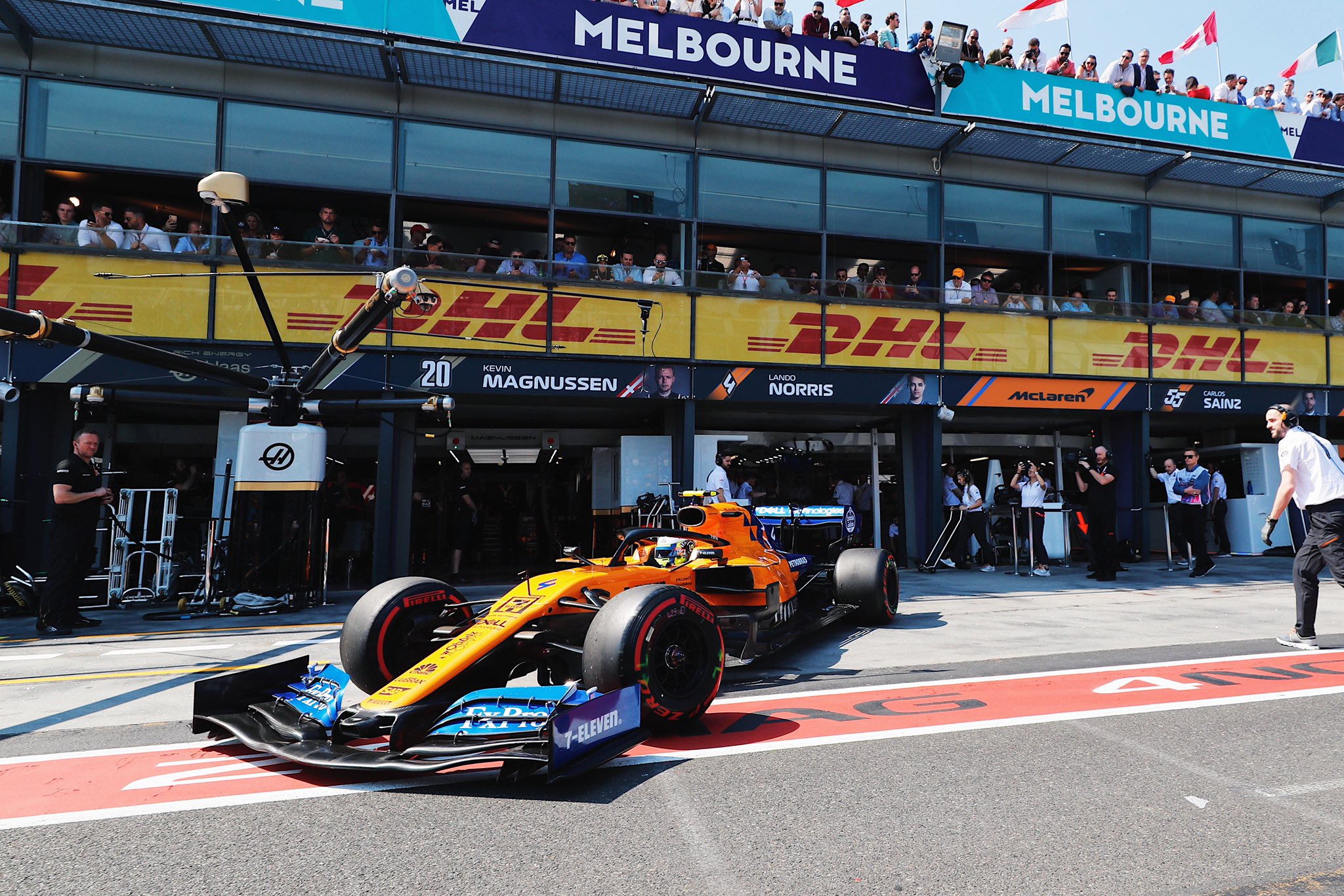 Lando Norris impressed many with his first ever Formula One qualifying - lining up in eighth position for his debut Formula One start tomorrow.

Moving up from a strong F2 campaign that saw the British sim racing fan finish second to Williams rival George Russell, expectations of carrying McLaren into Q3 at the Australian Grand Prix fell firmly on the shoulders of more experienced team mate Carlos Sainz Jr - however it would be the Englishman that stole the headlines in Australia - clocking a superb laptime to nail a top ten starting position for his debut Grand Prix weekend.

Keen to temper expectation following the strong Q3 result, Norris was quick to play down his own performance ahead of the race on Sunday, the 19-year-old showing signs of maturity that give the lie to his teenage years.


“I loved it but I’m not going to get carried away!" he explained to assembled media immediately following his stand out qualifying performance.

"I was very nervous at the start of the session with it being my first-ever F1 quali and never having been here before. But I managed to put the laps together today – the team were fantastic.

“Our aim was to get into Q2 but it turned out to be even better, and it’s a great confidence boost for everyone. It’s going to be a long, tough race and that’s what I must concentrate on now. Hopefully I can sleep okay.”
​
McLaren have suffered from some difficult years in the sport recently, however the British team appear to be buoyed by an improved Renault power unit and car chassis, and despite a fairly low key session for Carlos Sainz, fully expect to be able to record much stronger performances than last season with their new MCL-34.

odiopower said:
Nando, one of us.
Click to expand...

Your Dad is worth 200 million and mates with Zak Brown too?

I like to see him in Q3 but i have to say the first part of Q1 was a mess in term of track evolution , if sainz and gasly had a lap in the last part of Q1 it would be different , they didn't think the track evolution could be that much, they gambled and lost, while others were shaving as much as a full second from their previous try , it was how lando and kvyat was able to go Q2, but yeah lando was better in Q2
D

After Q3 he probably thought to himself "Now we can fight!"

apex11 said:
Your Dad is worth 200 million and mates with Zak Brown too?
Click to expand...

No, my dad is sadly dead and i don’t even know who Zak Brown is.
A

odiopower said:
No, my dad is sadly dead and i don’t even know who Zak Brown is.
Click to expand...

There is 2 ways to look at a driver like Norris...
1 is he was born with a gift to race cars fast, this is the romantic view....
2 he has learnt how to drive and race via karting from a young age and up to F2 etc etc...

If it is 1, then without a rich Dad he'd just be sat at home on his sim rig thinking "wow these drivers are subhuman in real life.."
If it is 2, then without his Dads wealth he'd not of had the chances to learn to be a racer......

Either scenario..... he just proved that anyone of us could be an F1 driver (starting point being that you even want to be one) given the right circumstances which is mainly...rich parents...

FACT.
You must log in or register to reply here.