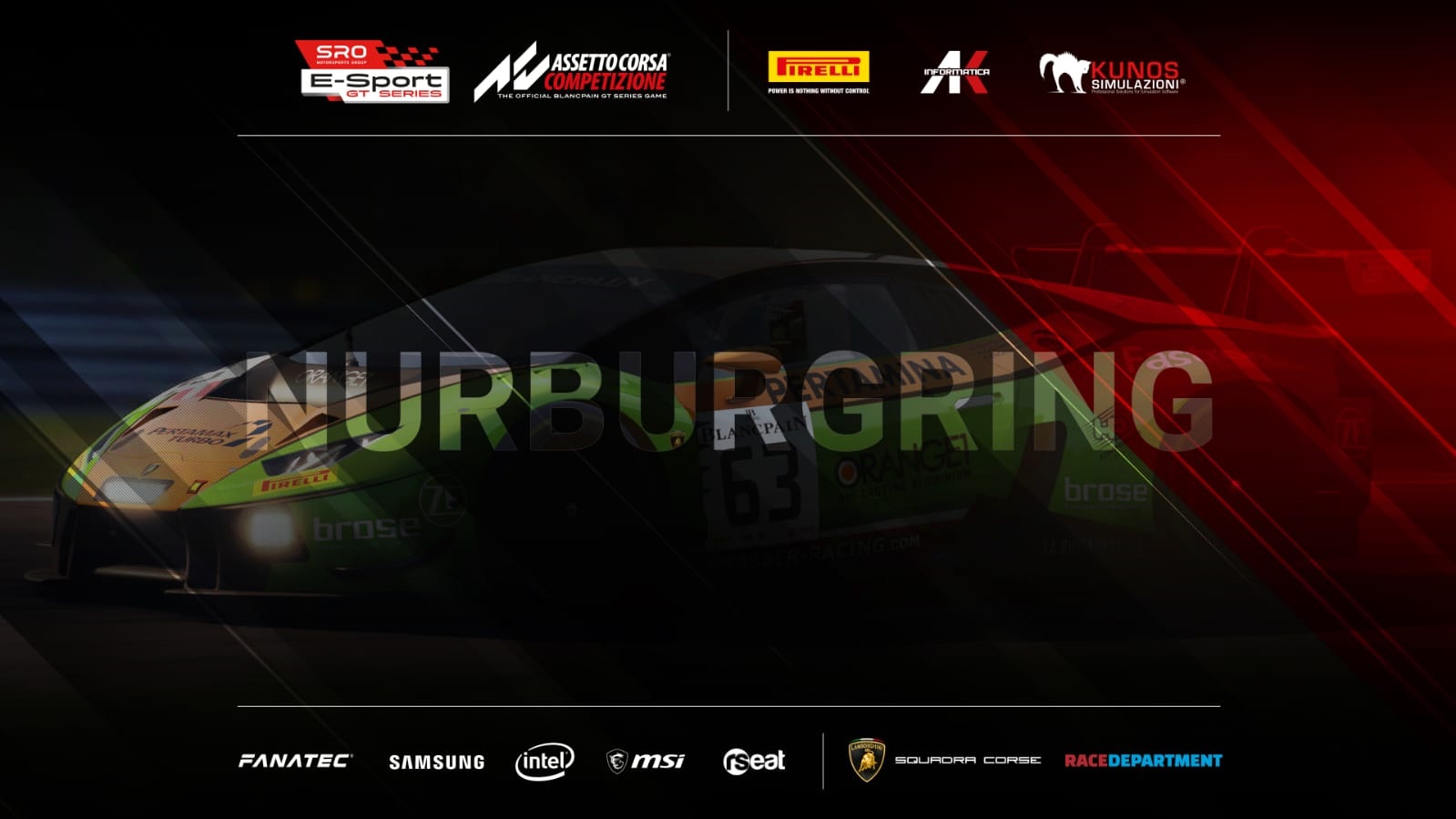 The PRO category driving line-up for the fourth round of the SRO E-Sport GT Series has been confirmed.

Racing at the wonderful Nürburgring circuit alongside the Blancpain GT Series and the 2019 Sim Racing Expo, our E-Sport drivers will be taking to the virtual track for one final crack at securing a place in the grand finale at Barcelona next month - and a shot at winning an incredible prize with Lamborghini Squadra Corse.

So, who will be representing the PRO drivers at Nürburgring on the weekend of Saturday 31st August? Check them out below... 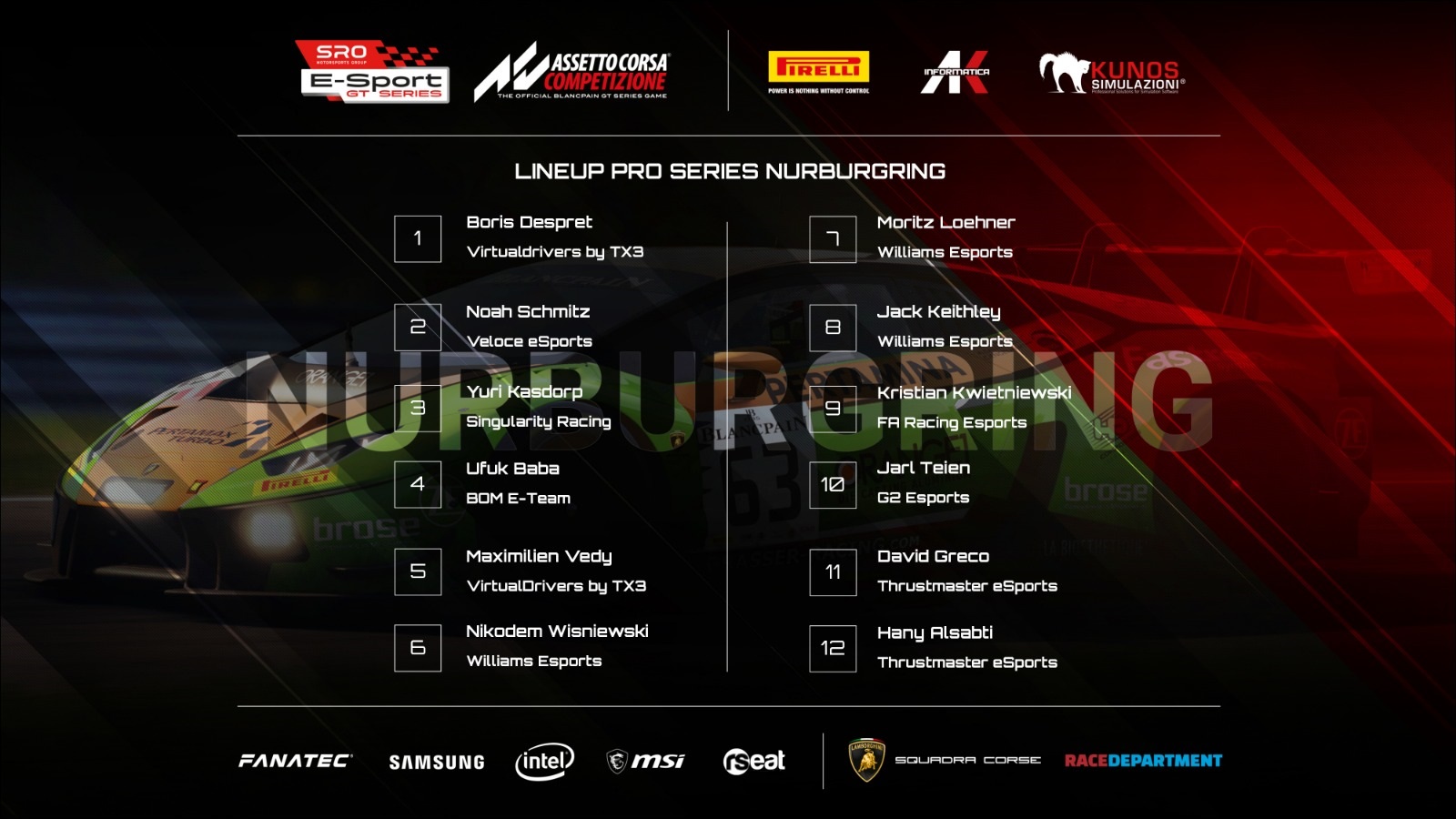 Missed the action last time out at Spa-Francorchamps? Worry not good people, we have you covered with our final race footage, now on YouTube!


Once again, full credits to the awesome @VernWozza for the awesome camera work and editing in this video.

Good luck to all drivers. From some of my own evaluation, I expect the strongest cars will be Audi, Lamborghini, Mercedes and Lexus (in that order). Audi will occupy at least two of the top positions, Lamborghini third and Mercedes fourth. Although a potential surprise may be a Ferrari in the mix.

I hope the regulations are fairer next year
S

So this is the final this coming weekend?

No, the final is taking place at Cicuit de Catalunya at the end of September. This is the last qualifying round.

I watched Sunday's final race and congrats everybody. Great racing, great commentators, good cameras, it felt like watching a real race. Thumbs up.

Nice, finally a mixed field! Looks so much better than the Bentley Cup at Spa or the Lexus Cup in France. Really great!

SRO E-Sport GT Series AM Championship | The Final Round LIVE