Slow speed when 56 cars on the grid.

I have the following issue. When I race in Le Mans with 56 cars on the grid, during qualification I run 5:40+ lap times. Changing the number of cars make it ~3:30. What's the problem? What should I change in performance setup? Help please! 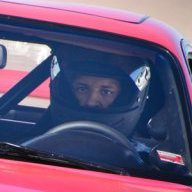 It sounds like your PC can't handle that number of cars. What is your hardware setup?
K

Kyle Pearson said:
It sounds like your PC can't handle that number of cars. What is your hardware setup?
Click to expand...

^^^^^ Kyle is on about your computers hardware , not game settings .

Joe Moore said:
^^^^^ Kyle is on about your computers hardware , not game settings .
Click to expand...

where can i find them?

kiss ferenc said:
where can i find them?
Click to expand...

How to put this nicely...

Your computer is not made for this... 56 car grid on that hardware is going to net you what, 10 fps?

How can you even drive? Also, that has to be a laptop computer right? Something that SMS won't support at all.

Sorry to say it, but i am not surprised all kind of timing issues turn up, as you have to be at some REAL strain on the HW even at lowest possible settings.

To be honest, your machine can't play pCars. Get a different PC.
K

Yes, that is what i mean. pCars has A LOT higher requirements than the titles you list. And i doubt those run very good either. I actually think that you might be better off with the consoles versions.

Not meaning to sound like an elitist but the truth is simulation on PC is EXPENSIVE and takes a machine for a LOT of cash to be the most immersive. Me for instance, i run milsims, flight sims and race sims and i spend about 2000 euro or more every year on hardware and peripherals.

An entry level PC today will not cut it, sadly.

And as i said, not an elitist attempt to be derogatory, but the truth is that the PC platform is the most expensive and simulation even more so... 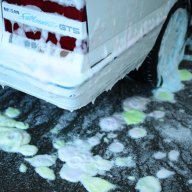 The i3 CPU is the biggest issue here, without even knowing what video card you're running. Doubling the RAM wouldn't hurt either, but it's probably just time for a major upgrade though.

When you load up the grid with cars, it requires more CPU power to process the physics of all the A.I , even if you turn the graphic settings down, I'd say you're still going to run in to issues with such a large grid & low end CPU.
You must log in or register to reply here.
Share:
Facebook Twitter Reddit Pinterest Tumblr WhatsApp telegram Email Link
23 comments
Sim Coaching Discount | Driver61 Sim Pure Pace Masterclass
31 comments
This Is Cool... New V10 R-League Esport Series
19 comments
RaceRoom | DTM 2020 Talk 'n' Drive
55 comments
rFactor 2 | 2020 Bentley Continental GT3 Arrives Wednesday