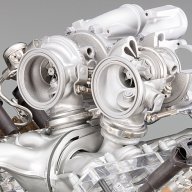 Inspired by bears idea for the Acura IMSA skins from last years season I decided to paint the 2019 liveries on the McLaren 650S GT3 model from rF2.
Since the stripes from the #86 car turned out to be a real pain on the 650S I'm not sure if I'll also continue it good enough to be released so I decided to just release #57 for now.

As usual, number panels are by Isaac Chavira....
Click to expand...

Read more about this resource...
Z

Can somebody covert the NSX from the EEC mod to this