I got a point! Woop! 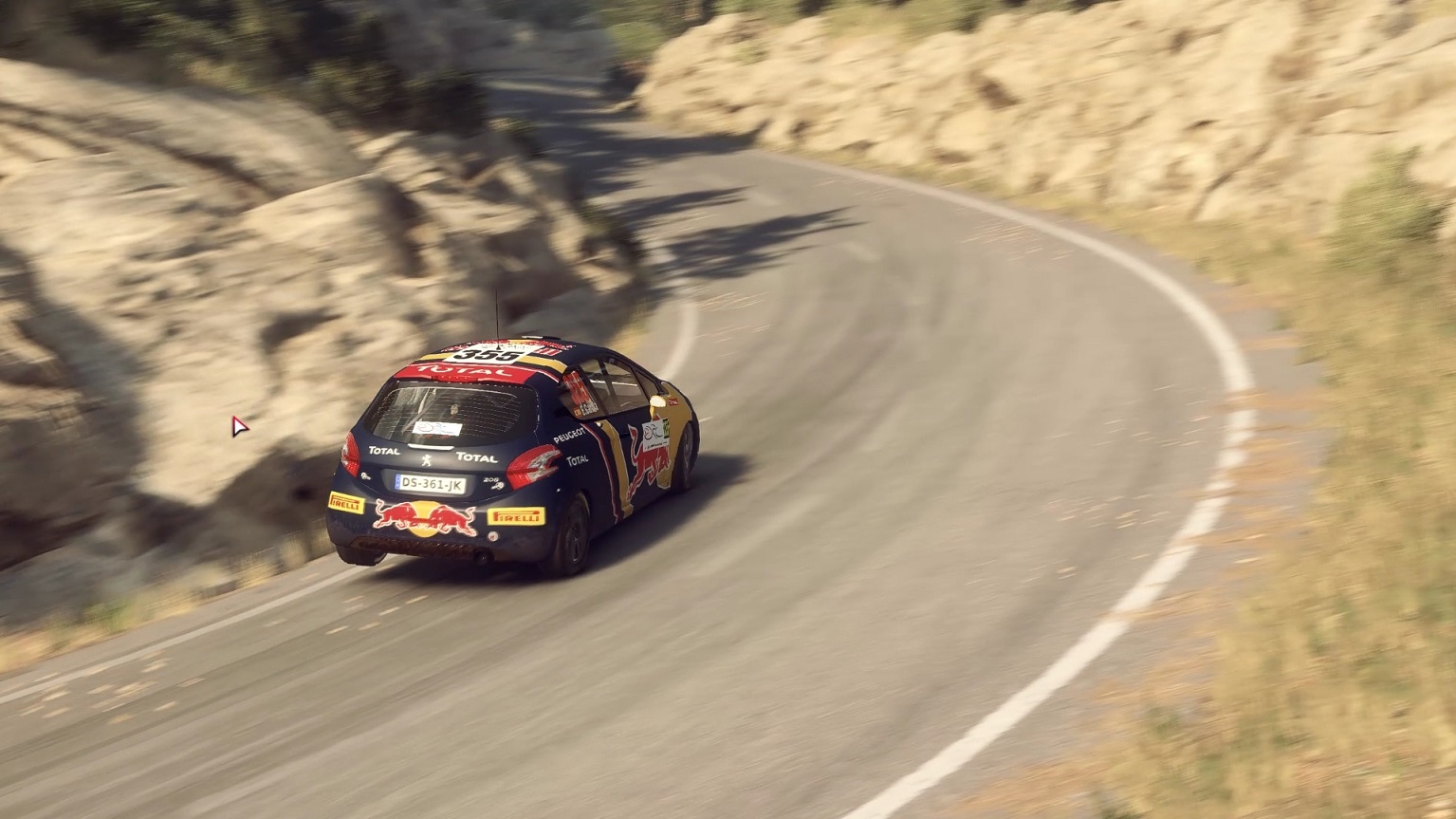 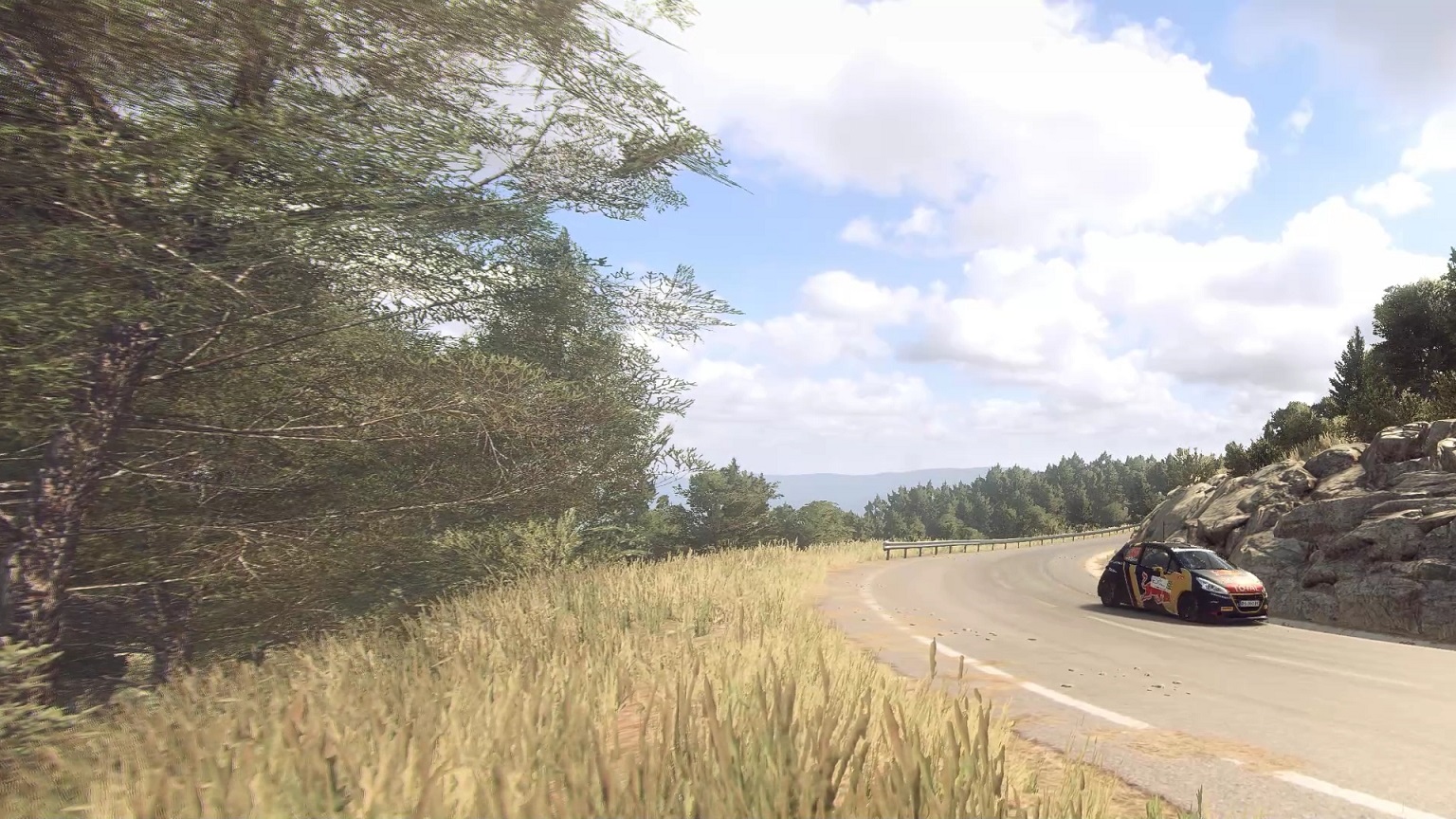 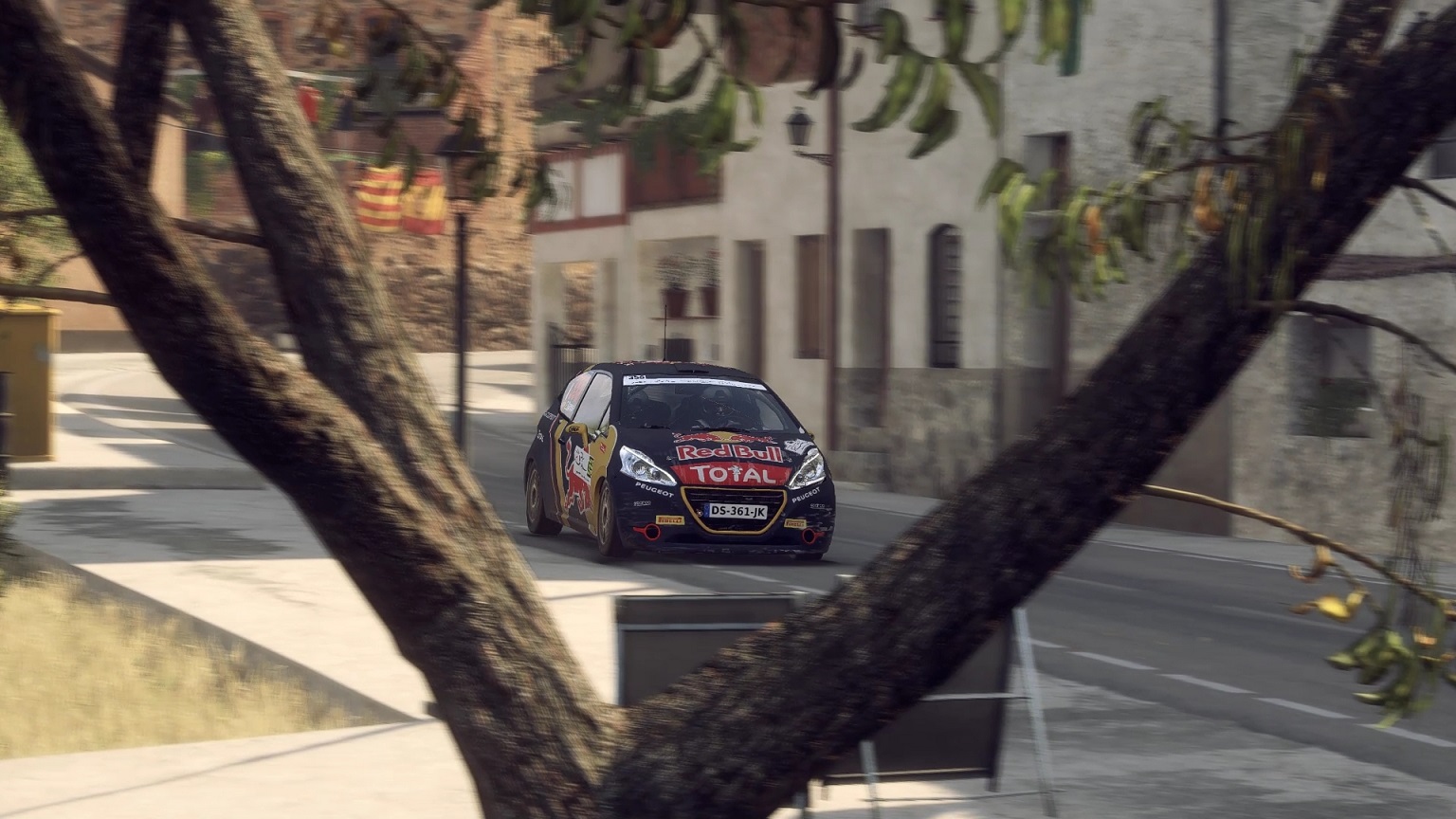 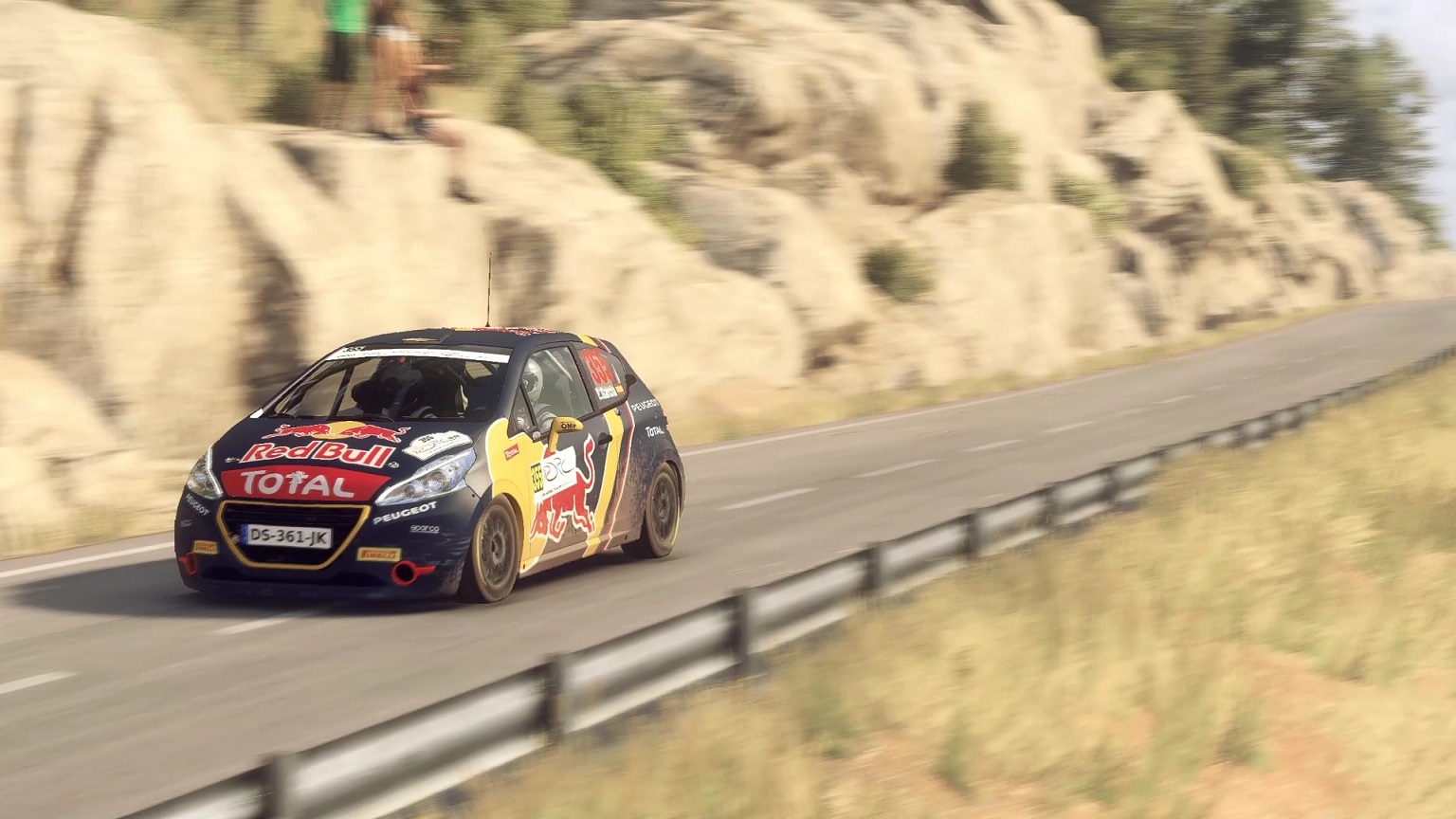 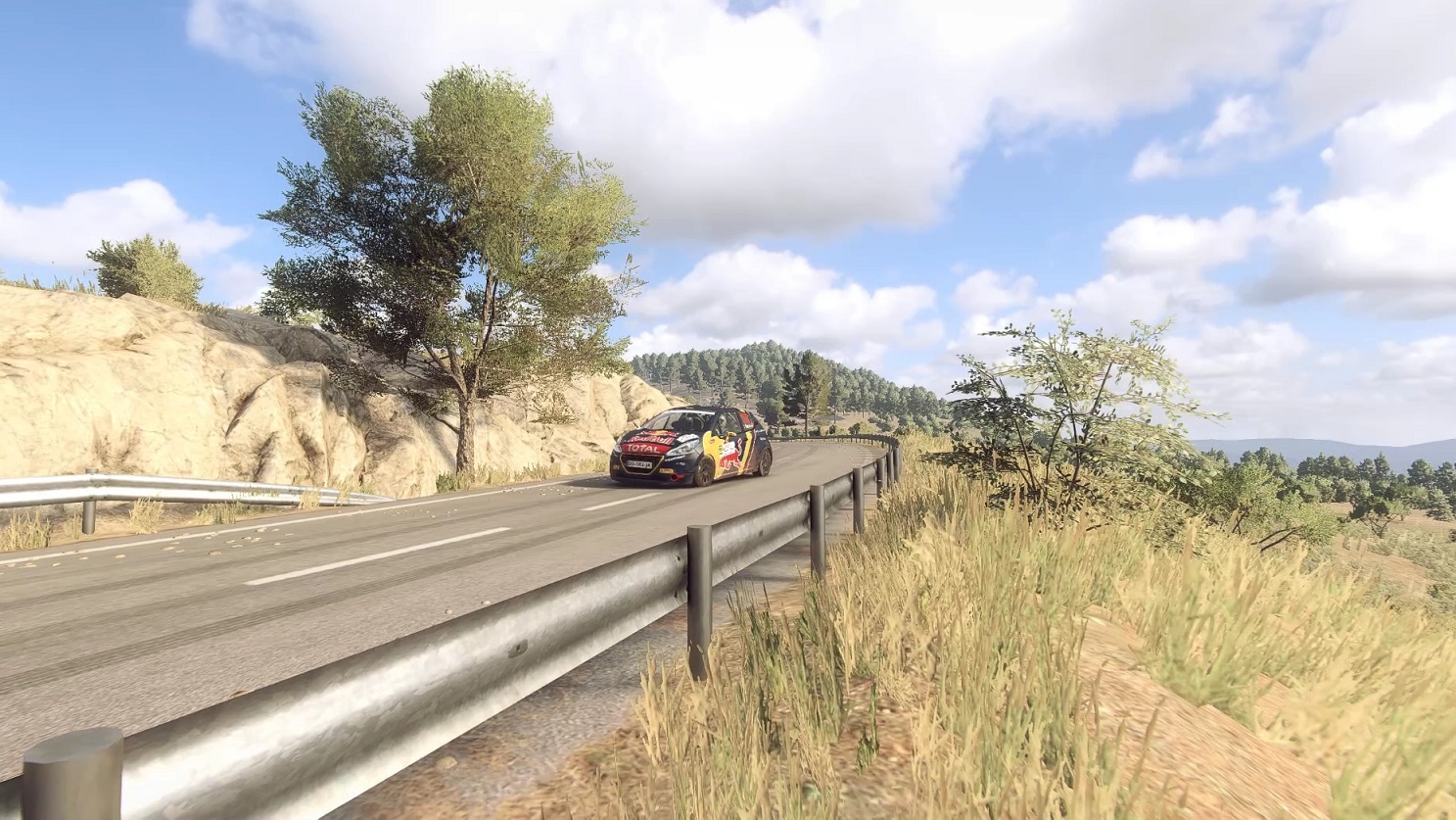 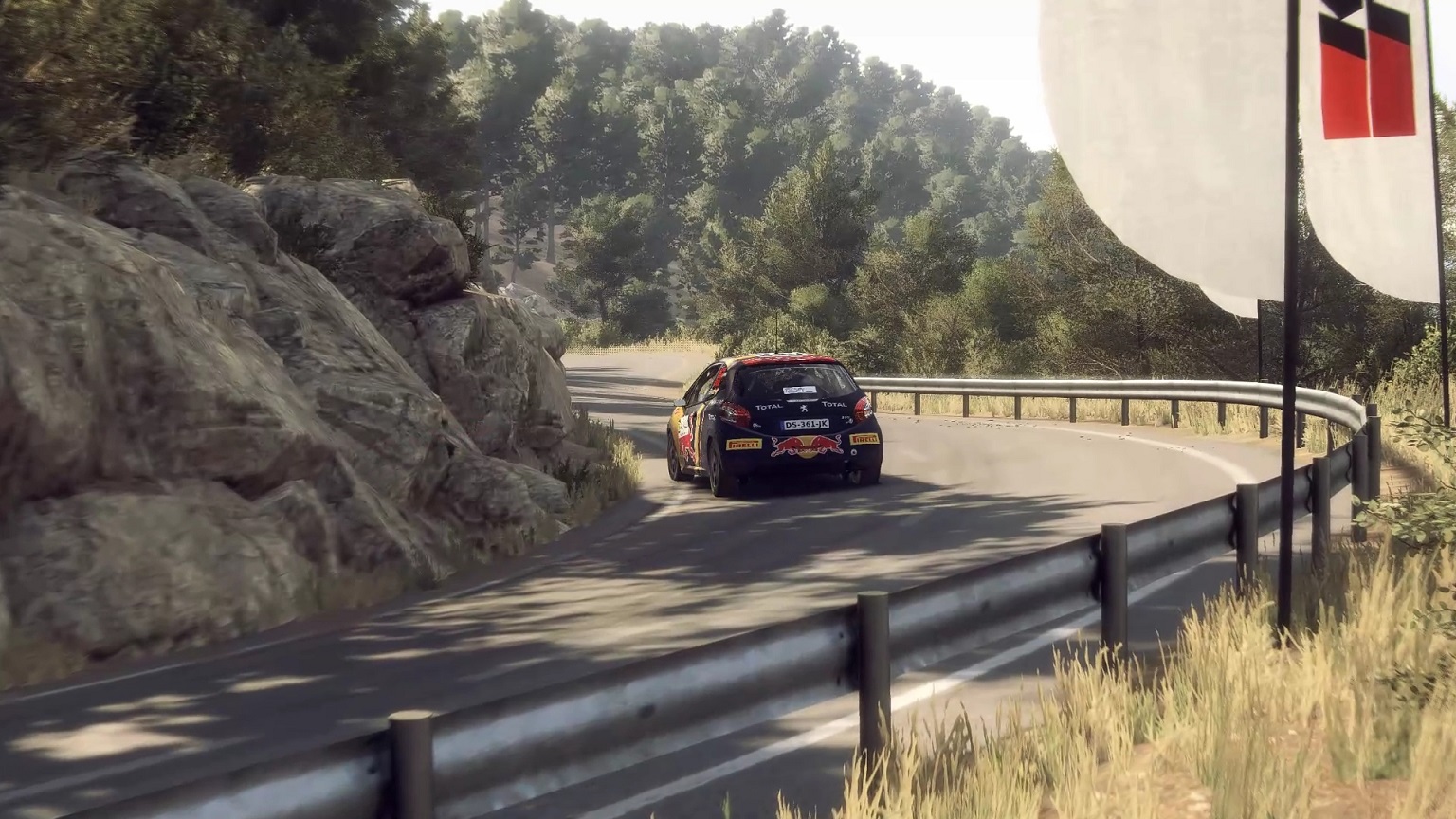 seems a lot of non finishers or alot of folks signing up and not driving , 96 members in my class only 44 on results
Last edited: Apr 6, 2021

Paul McCluskey said:
seems a lot of non finishers or alot of folks signing up and not driving , 96 members in my class only 44 on results
Click to expand...

It's the usual drop-off. We know that there is quite a few people that signs up at RD just for this and drops out after a while.
Percentage-wise the drop off is a bit higher this season than previously, but that might be down to some countries opening up a bit as well.
M

Again I didn't know what to expect from this event. I don't drive in Spain that much, but it's been a pleasant surprise. Since Poland I found the optimal FOV settings, and it's been magic ever since.
Preparations were short again due to time constraints, did a recce on the longer stages to find the danger zones, and a couple of shakedown runs on one of the shorter tests to finalize the setup, then went for it. Day 1 was tricky as I realized my setup made the car a bit nervous, and with the rainfall on the second leg, it was quite difficult. I had spins on stages 1, 3, 4 and 5, and left the road on the other two. No major damage thankfully, but I had to reverse to face the right direction every time. On the wet the car was going to snap oversteer, especially on the cuts, and some of the fast sweeping turns.
On the next service the mechanics softened up the suspension a bit, and tweaked the diff to give more understeer it was time to face the endurance test. I started Day 2 with a slow roll on the Beliriu stage, where I missed a braking point and slid over the guard rail with walking pace, and rolled the Impreza upside down. You know, that typical rally ending shunt that looks like it's in slow motion, but it's not. Luckily the spectators were allowed to attend the event in the virtual world, so I got pushed back on to the road again. After that it was just maintaining the pace all the way to the end. I was quite surprised to find myself on 13th position by the end of the event. Of course there were drivers behind me yet to complete the event, but it was way better than I had ever dreamt of. Even then I managed to hold onto 15th place which is amazing in a strong field like this. Couldn't be happier with this result.
Again, congrats to everyone, and don't forget to use the correct FOV, guys! 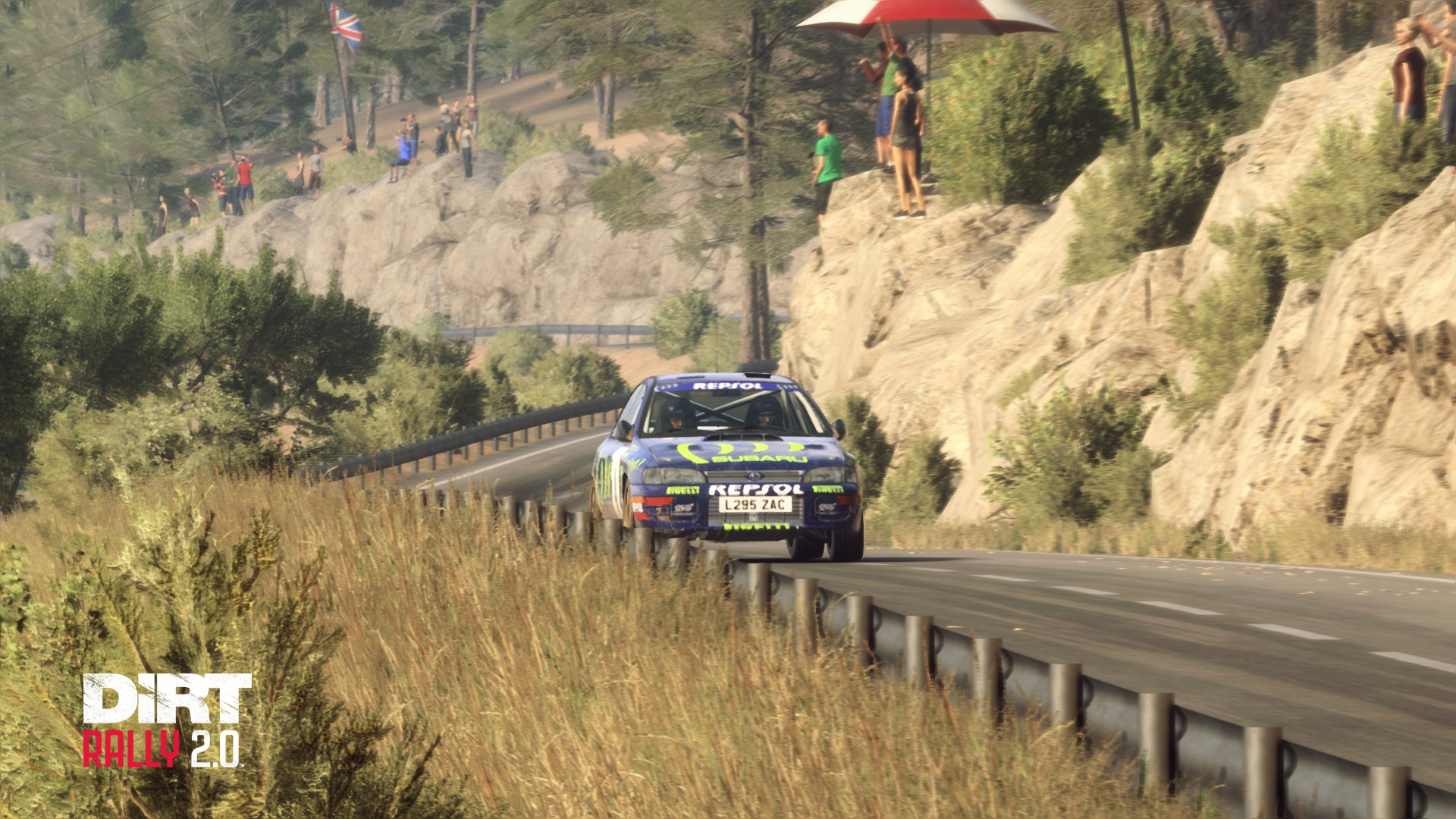 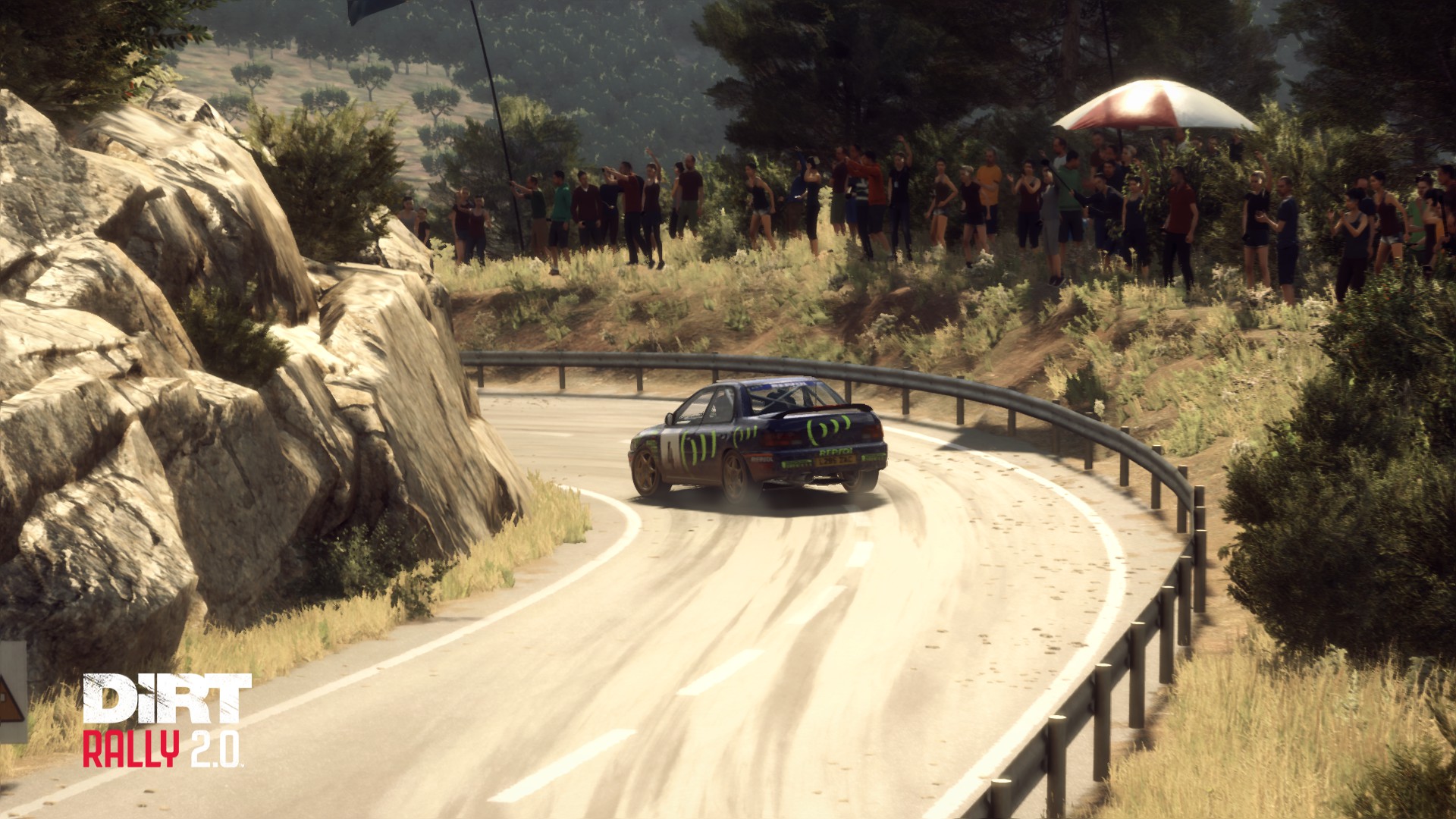 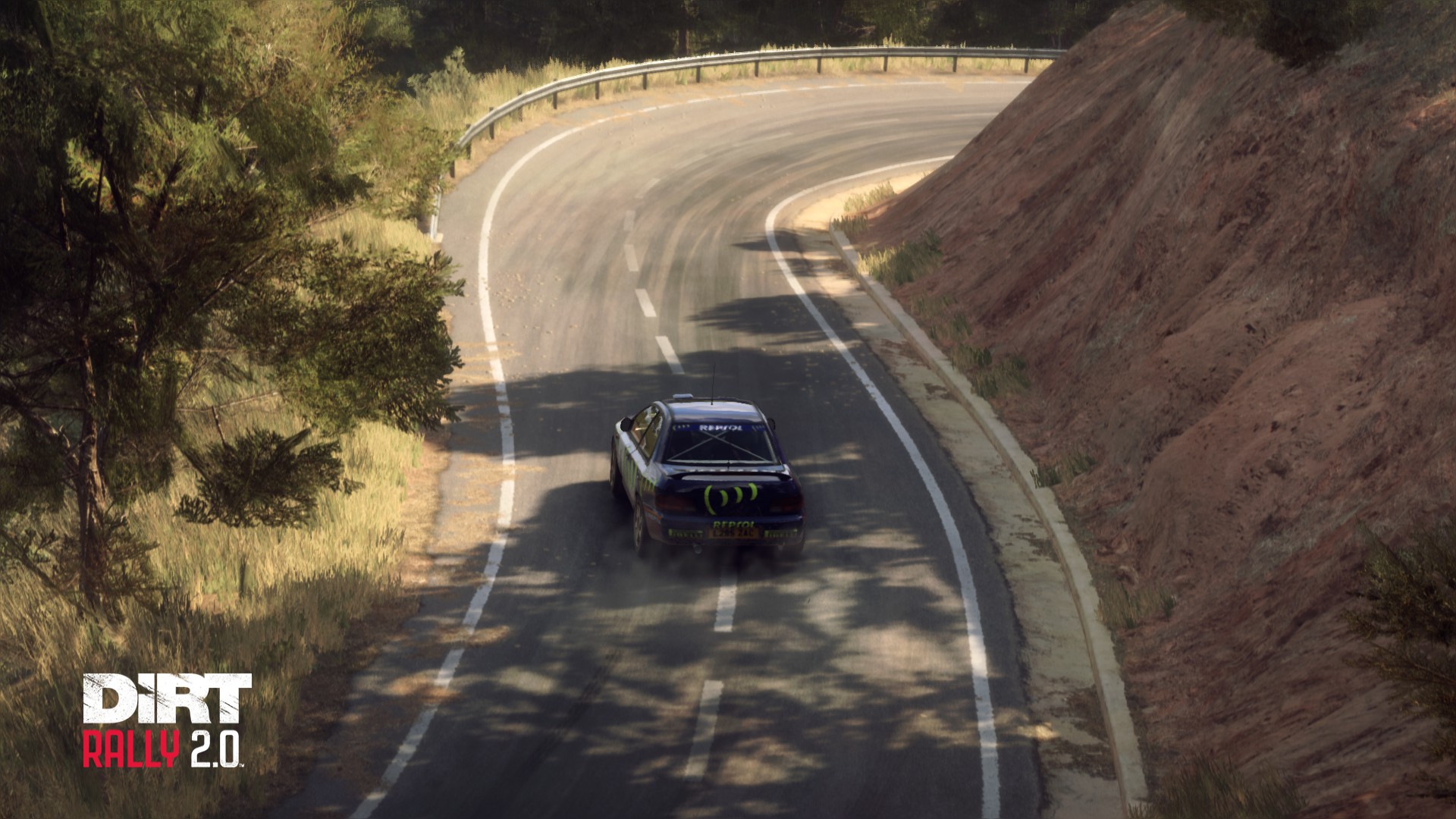 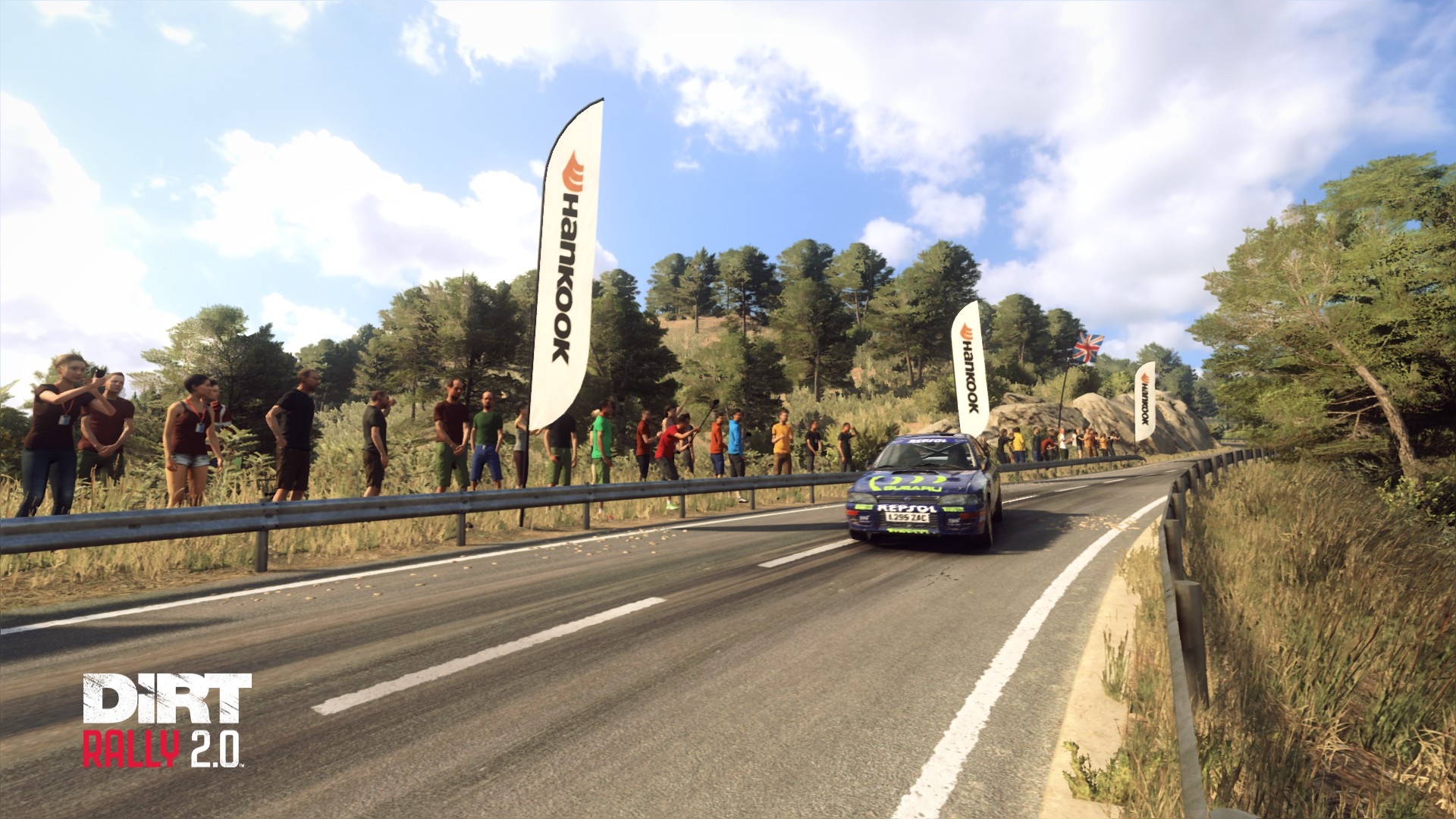 Here are some closing shots from the final stage. Sporting the iconic "Disregarding Dave Richards" livery.

So true, finding the proper view settings is so important! I'm still struggling TBH but I think I found a good compromise.

At first I was running triples 24 at 5760 x 1080, but since there is no proper triple screen support, the stretched edges were messing with my perspective. I probably could stand it in racing games but for rallying, its just too distracting since the car is often sideways.

Then I tried running a single screen, better. Then I tried with the opposite spectrum of FOV I used to ran before and I think thats the best I can do.

Anyone running triples in here, any "magical" settings/tweaks to make it bearable?

I was expecting at least a top 20 finish in-class, but I guess it's just not my luck. Oh well, time to spend more time behind the recce car for NZ I suppose. Still looking for my first sponsor, though, that might be a good way to motivate me to do better

Philip Morby said:
I got a point! Woop!
Click to expand...

Point? No no! Points! Multiple!

Yisus freaking kraist, I believed I had still this weekend to race (I am far from home until tomorrow) and I just read that the rally ended last sunday.

Extreme facepalm... This was the home rally and pure asphalt one, I was wanting to race it so badly!

Can somebody lend me a time machine? I just need it for couple hours...

FInal Results are out! You can find them here!

Ole Marius Myrvold said:
Sacking a driver that's scoring points multiple times? Are your team run by me in manager-games??
Click to expand...

Well... there have been some complaints about suspiciously high parts bills after the last few events.
But yes indeed, we scored some points again!!
That was certainly unexpected after my SS2 incident. And even there I now realise that I caught a lucky break (absolutely no pun intended ) compared to:

Backmarker EB said:
imagine hitting the last timing line of the power stage and being given a DNF.
Click to expand... 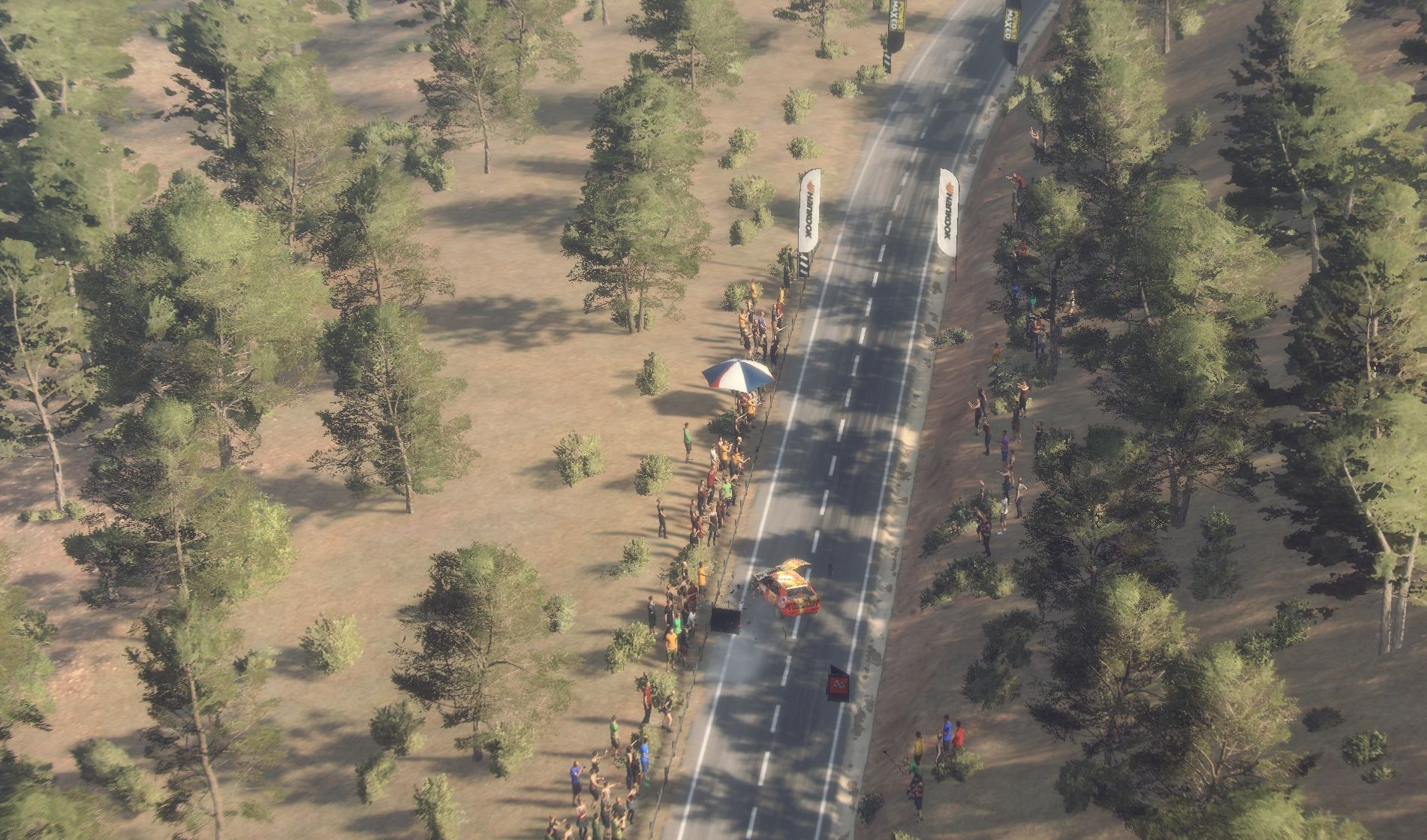 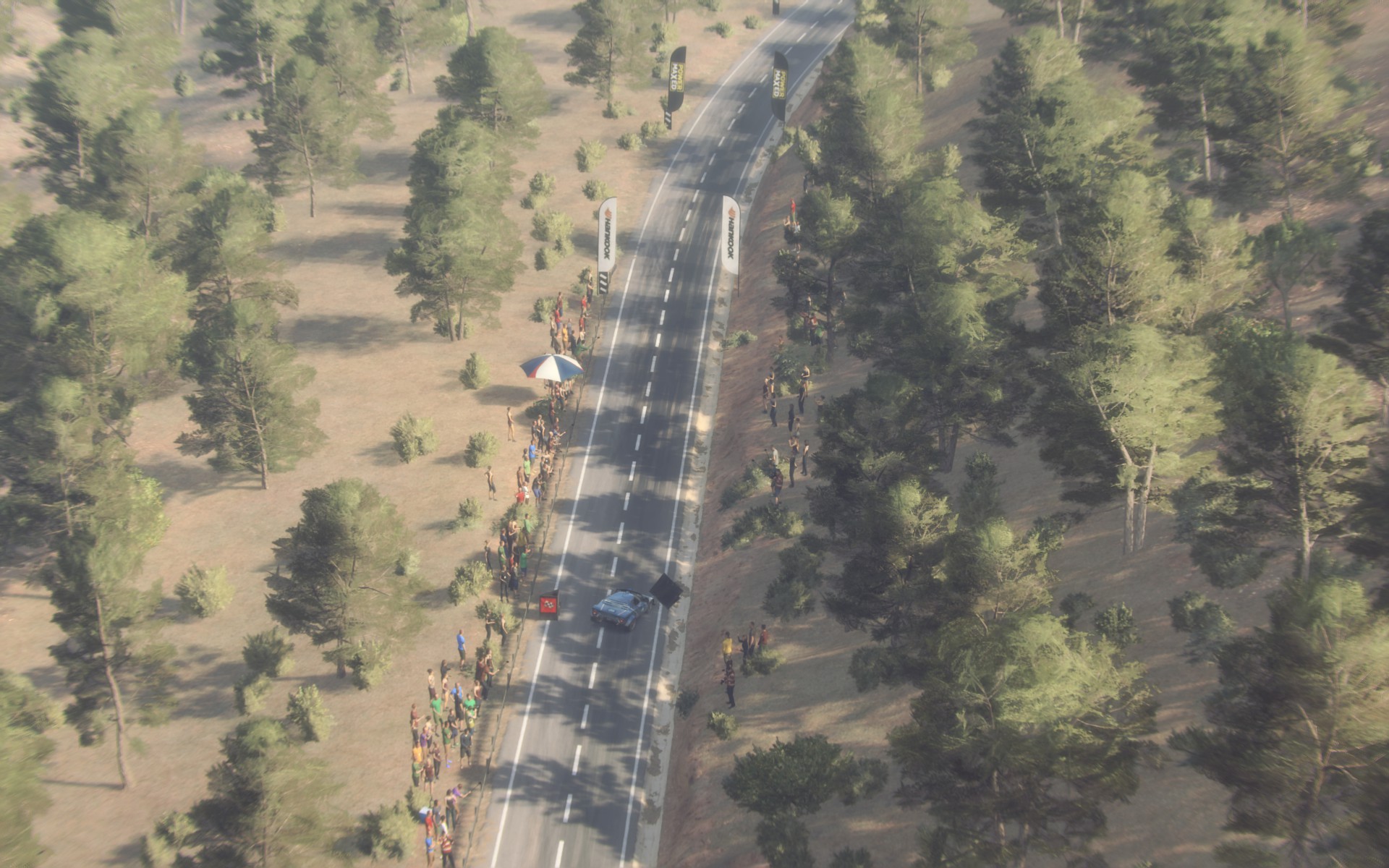 so, you stayed in Ireland?

Whole lot of bad luck in the last two events. Both DNF'ed, mainly due to one big crash that just made the car unable to drive at any pleasant speed so I decided to retire this time around whereas I pushed through in the earlier events. Still yet to drive a somewhat clean Rally, the damage changes are a pain to get used to after having spent most of time in the game on the standard damage model. So a lot of small contacts that weren't doing anything for me before, now punish me even harder on this model.

Can only try to take some good experiences from this, I know that when I have a fully functional car that I can challenge for points, just gotta stay conistent enough over the whole Rally instead of a few stages.

I wrongly assumed the last points paying position would be 1 point, but I see I've been bumped up to 19th (assume someone got kicked out) resulting in a 400% increase in my originally-believed points tally

Must of been all that practise

Philip Morby said:
I wrongly assumed the last points paying position would be 1 point, but I see I've been bumped up to 19th (assume someone got kicked out) resulting in a 400% increase in my originally-believed points tally

Must of been all that practise
Click to expand...

Last point-scoring positions gives 2 points, this is to avoid 0.5 points if not full points are awarded.
With regards to someone potentially getting kicked out, while "Unrecognized" names won't get a second mention, any removals from the rallies for other reasons can be found here: https://www.racedepartment.com/threads/rd-rally-championship-season-9-directors-note.196392/

Ole Marius Myrvold said:
any removals from the rallies for other reasons can be found here: https://www.racedepartment.com/threads/rd-rally-championship-season-9-directors-note.196392/

Not that it matters,but FYI for Spain you changed the title but not the rally name in the paragraph, still says Poland.

Philip Morby said:
Not that it matters,but FYI for Spain you changed the title but not the rally name in the paragraph, still says Poland.
Click to expand...

It matters. I blame my lost wisdomtooth

But no wisdom tooth = lighter driver = faster stage times. Must be worth doing then

Mathieu Labbé said:
But no wisdom tooth = lighter driver = faster stage times. Must be worth doing then
Click to expand...

sounds credible, but have you figured in the tooth fairy?

Riiight, more money = more food = weight back where it was. Damn it, thought I had it all figured out.