I convinced a couple buddies to get the game and wanted to setup an online server we can play on. I have setup a few servers for other games so I have been through the check list a couple times.

For some reason, it just refuses to work and after doing a fair amount of research I can't seem to find a solution that works. I tested with my brother and it worked via LAN but under the online server list it seems to have connection problems.

What I have done is the following:
Created rules for firewalls, tried both windows firewall as well as BitDefender firewall, as well as with both turned off.
Ports 9600 (default port) on UDP/TCP and HTTP on 8081 (also default). HTTP port pinged fine.
From a couple suggestions here, tried 9600 in TCP and 9601 on UDP with 8410 on HTTP. HTTP pinged fine once more but no change.

I attached the entry list and server config and snips of what it looks like in the AC launcher and AC Content Manager. I included a log of the server running for a bit, error log was empty although I know it works when I did something wrong earlier. I noted that the public JSON events are much smaller than the LAN JSON events if that makes sense. The LAN hits, that is shown near the end of the log, show a bit more info than the public hits.

DISCLAIMER: I can't run the server from the server manager as the bat file does not work, something to do with the code its using to output the log. I created another bat file the runs the executable but with hardcoded log paths and it works fine.

Anyway, hoping for some advice. Thanks!

I asked my buddies to just try anyway and it looks like it's working perfectly fine. Although I can only connect via LAN, they are connecting via the Online tab. Not really sure what's up, somewhat confusing.
N

Jonathan Jacobs said:
Although I can only connect via LAN, they are connecting via the Online tab. Not really sure what's up, somewhat confusing.
Click to expand...

I have seen that happen a year or two back when racing against a friend. I can't recall all of the details but basically one of us was running the server and that person could (like you) only connect via LAN. I don't recall ever understanding the cause though... Most things seemed to work while playing it that way so we just got on with racing
J

Yeah, seems strange but hopefully someone else who has the same issues see this and at least give it a try before they rip their hair out..
So got the guys together and we raced for about 5 hours straight! My brother and I, who live in the same flat, connected via LAN and 2 buddies connected via the online tab, worked great.
We were all within 1 sec on Laguna Seca in the GT86 which was great! Looking forward to some great racing
Reactions: Neilski 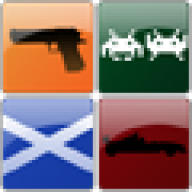 I have just tried to set up a server and think I have the same isskue. I can see the server but can't connect (server is running on the same pc as the game). I will ask my nephew, who I want to race with, if he can connect and I will see if I can connect via the LAN option.
You must log in or register to reply here.
Share:
Facebook Twitter Reddit Pinterest Tumblr WhatsApp telegram Email Link
7 comments
2020 Formula One Spanish Grand Prix | Discussion Thread
48 comments
BREAKING NEWS | Sergio Perez Returns For The Spanish Grand Prix
26 comments
RaceRoom Racing Experience | Various Tracks Updated In Latest Update
192 comments
Automobilista 2 | New Update, Silverstone And Historic F1 Cars Released
38 comments
RaceRoom | New Patch And Sector3 Developer Notes