Petition for creating a dedicated lobby server with RD

GTR2 is such an iconic game -even after 13 years after launch. During this time, the world of sim racing not just simply changed, it transformed.
Simulators came year after year with the hope: they can give us something individual. I'm not going to lie they did. In some cases we got unspeakable graphics (without of contents). On the other hand? Yes, we got tons of content but physics is lightyears from sim racing.
Do you think I'm going to tell GTR2 is perfect all the way? No, of course not. But honestly, show me one perfect game.
Yes, it's quite old -who cares?!-, the visual settings was created around an old engine -official and unofficial patches and updates make much better. Content? Yes, the game has a lot cars and tracks, but there are a lot of available mod you can use (and can usable in multiplayer too).

I belive -and hope I'm not alone- GTR2 has all the possibilities to create a lobby server. Moreover, create a racing league with weekly events.
If you are interested in to relive the old fellings of this legendary game in a modern community, or just want to have fun like a few years ago -when the game was still live-, please, sign this petition above!
Last edited: Feb 19, 2019
Reactions: GTR233

You should recreate this using a forum poll, instead, I think it's more concise and informative.
I'd be interested in racing multiplayer but I realy doubt RD will do it.
I think it's something we should do if it's still possible.
Z

Thanks for your recommendation, you might be right.
Yes, I'd understand RD's decision despite any results. I'm not against to do something in community, moreover. Firstly, I just want to see the opportunities, therefore started a thread yesterday.
Anyway, I think we should wait a few days, who knows? But after we can start to work on "plan-b". And really thanks for your answers, and help!
Last edited: Feb 19, 2019

Yep, like Shovas said, I think it would be better to use RD poll function like I did there :
https://www.racedepartment.com/threads/hq-sparco-suits-2018.158194/

Ok, did it.
Thanks both of your answers! And sorry for being a noob or amateur (or something like this)

We will see how many people answer to the poll within few days/weeks, I have no idea ?
Maybe Dave will manage to run his GTR2 server ?
Reactions: Zsikó Lajos
Z

Who knows, anything can happen but agree with you: we'll see. 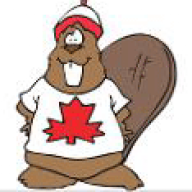 Good Morning:
I have been chasing this for a few months now...I would be open to operation a dedicated server to host a matchmaker server for the masses..and at no charge to any-one that is so inclined to create a dedicated and want some place to have it displayable and join-able.

I am a Game Service provider for the last 15 years, that only hosts Online Racing Simulation tittles.
As of right now, I am the one hosting the rF1 matchmaker server on one of my servers.

I currently have 2 clients with more asking what needs to be done to enjoy GTR2 and all it's add on's.

Reiza Studios also uses one of my servers to host there Virtual Experience Portal.

If there is any community interest, and the powers to be would like discuss this option more, Please feel free to private message me.

I hope the above shows some resolve, and interest...and people in the know of what is needed can reach out.
All the best to all...

I saw your dm I just don't have any multiplayer experience with GTR2 as I came very late to the game.

I would certainly be interested in testing it and racing it if it were to happen, though.
B

I really like Gtr2 but my guess is that the interest will be low.
Think the few server already running are struggling to get drivers.
Gtr2 (too) old for most people to race in and the net code was never real good.
Gtr2 lives offline due to the Ai are still among the best.
That said can you get a server up I will promise to take part as much as I can.

The other problem will be NA vs EU timezone issues.
B

And a whole lot of people living outside NA and EU
Reactions: Highbank and Shovas

I have always lived by the motto :" If you at least offer it..They may come"

I had said I built my own Lobby System called SMS Lobby to host N2K3, 35-40 Leagues
used it. I still host 30+ N2K3 Servers.... Good games before there time seem to have a following if the tools are provided.

Just not for League Racing... But the option to remove the password for recruiting fun racing.

Again GTR2, although a older game, is a shame such a good tittle has no where to even try and meet up with old friends for some fun from days gone by.

As far as the time zone for NA and EU, that has always been an issue for any game, be it First Person Shooters, Racing games, If people enjoy, they adjust and come to the table with an option that works for all re: time zones.

The above continuation, of the GTR2 thread, was just a thought that was being spun to see i it was viable.

Thanks to all who have added there replies and thoughts...

Well, less than 20 votes after 3 weeks

I didn't have high hopes, we're a pretty niche bunch.

I've always thought maybe we should just do our own special events thing where, for example, we mirror real events like the Sebring 12h, Bathurst 12h, or Le Mans, and we'd do 'Little' version of say 1 or 2 hours.

If the dedicated server still works I could host those events probably. I just don't know if anything works anymore.

I think we're on the cusp of a generational change, too, with iR/rF2/ACC finally gaining most of the critical features of GTR2. And there's upcoming GTR3, Reiza's next title, PCars3 which I'll be surprised if new titles don't all bring day/night, weather, and rules - It seems to be a prequisite this generation, which is super.

All that to say GTR2's special status as 'feature complete' is not nearly so true as it has been for all these years.

It's sad but I really am looking forward to the new feature complete titles that fix the shortcomings of GTR2.

That said, I'll still be enjoying GTR2 for a long time to come, especially if I can tackle the crazy AI competitiveness issue!
Reactions: Jon c

Shovas said:
I think we're on the cusp of a generational change, too, with iR/rF2/ACC finally gaining most of the critical features of GTR2
Click to expand...

I think you probably got it there. It's great that so many dedicated people keep it alive, but I suspect that those of us who still fire it up mostly play SP.
Like GT Legends it has stuff that isn't available in other games both mod tracks and cars but even that's being slowly eroded.
Summary, a niche within a niche inside a niche.
Reactions: Jon c and Shovas
A