Mod physics as good as Niels?

Would you say,that the mod cars are up to reiza stock car quality...?

Depends on the mod. Some are great, some are bad. Patrick Giranthon's mods in the downloads area are usually brilliant, as are Paul Smiths.
Reactions: Bryan O'Connor

i tried the gt3 one and was quite impressed, which begged me this question. Even thought was better than RRe adac cars, but im not getting to grips with RRe pjhysics atm.. 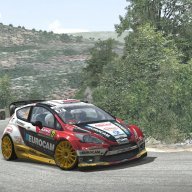 patrick's 911 and porsche vs ferrari, siimannuk's+niels' nsx and corvette for a start
P

Renato Simioni is also doing physics ;-)
He helped me a lot for the 911/997/f430/caterham, you can consider them as reiza mods. I do ;-)
Anyway, most of simracers are confused between good feeling and good physics.
IMO, 99% of mods I have tested are not good in physics, Even If some (not many) can be nice to drive.
Last edited: Dec 2, 2014

how about the carrera mod patrick?
P

As I said elsewhere, i wanted to do the 997 rsr with two things in mind : completing the other rsr from 1974, and "correcting" the porsche cup mod. Nice to drive but when you look closer, some things dont feel good, like tires for instance. We are lucky that renato came into the party
Reactions: BlkJello 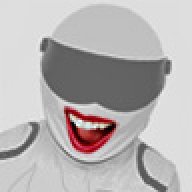 Msportdan said:
Would you say,that the mod cars are up to reiza stock car quality...? 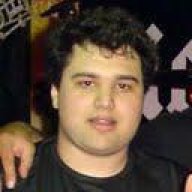 CART is ready for physics (made by Renato) , some others things to do now
Reactions: Sri Sri, nickovey, Guilherme Borghezani and 2 others 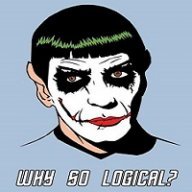 Patrick Giranthon said:
CART is ready for physics (made by Renato) , some others things to do now
Click to expand...

Will it be out before year end?
P

Hum, I don't think so. RSV is working on other cars so...

How did you also get the mirrors correct when your other mods hasn't patrick?


a great review of the 911 and gsce as a whole...
https://www.youtube.com/watch?feature=player_detailpage&v=W4_dlmOs1xg

ive been playing these mods for a bit now (the Porsche Ferrari and retro 911) and im finding then more harder to drive than reizasv8 stock cars. Im thinking that defo the ,modern Ferrari and Porsche should be more easier to drive than at least those honking v8s no?

So my opinion is that reiza has got them self a name for a reason, and they have made brilliant physics from this engine, no offense to mod makers, both car and track. But to play these defeats the object for me to play GSCE.

did Renato do all the physics or just give you guidance?

Well, it is always the same problem, we talk about physics, and feeling of the car is something else. If you want something easy to drive, not sure these mods are for you. Some poeple say that the Vee is not a good car because hard to drive. But from what I have seen, it looks really really close from the reality.
On my side I found the GT3 really good compared from other GT you can find. Something "serious" in them.
And remember : don't test any mod on non-reiza tracks. It often destroys the physics.
Reactions: Billy Pilgrim and Fabio Rodrigues

well probably renato doesnt have the time to make some in depth physics so quick (unless he had some gt3 spec physics waiting on the shelf). but still i doubt he would take the same care as for default content and that's fine by me. cars are great and far better from endurance series by a margin. if you're looking for even more accuracy u should look for chronus and IRG (they modded gtr2)

that's cools guys , I just found it harder to believe that the gt3 class cars are less stable than the v8s. of course these are at stock setups..

but that's just my opinions. still great works and the best for GSC around.

think you may be right about the tracks,,, raced the 997 at one of reizas tracks and the car felt much better actually miles better.. It was that street tracks Ribeiro or something , so much fun with the AI!!!
may out back on your retro one,, not the fezza vo, not to keen on that cockpit visuals.

That is why I try to improve tracks. All physics work lost on many non-reiza tracks.
Never try a mod on non reiza tracks. Or you will give wrong opinion here.
And appreciating a car or not is not a question of physics basically. I read after the 911 race that the 911 of rfactor is more fun to drive. Ok. But who said that a 1974 911 rsr is something fun to drive?
I can show you some videos showing clearly that fun not seems to be the right word, even if pleasure can be there (for a real driver).
So the conclusion is that 99,5% of simracers can't really say If physics are good of not. They can only say If they feel the car correctly, or If the car is fun to drive. The physics I did for the 911 were really nice for 99% of poeple here. And they were totally wrong, haha. But good sounds, fun to drive, etc... So, good mod.
I think renato like a lot fun cars to drive, but I think his first goal is always to bring best physics as possible. I am not saying the physics he did here are the best on earth, he would need more time, I only say that It is nearly impossible to evaluate how accurate are physics for a simracer and his wheel giving 1% of real infos compared to a real car.
And you know what? That is why studios can sell so many sims
Last edited: Dec 7, 2014
Reactions: Kurupt CDN and Andy Balcombe
You must log in or register to reply here.
Share:
Facebook Twitter Reddit Pinterest Tumblr WhatsApp telegram Email Link
10 comments
F1 | Pierre Gasly to Remain at AlphaTauri for 2021
27 comments
WRC 9 | Update Deployed, Finland Stages Released
11 comments
An Englishman, A South African And Some Race Cars... Wild Times In Virtual Racing
50 comments
Community Question | Light or Dark?
2 comments
Ferrari Hublot Esport | Championship Finals Day