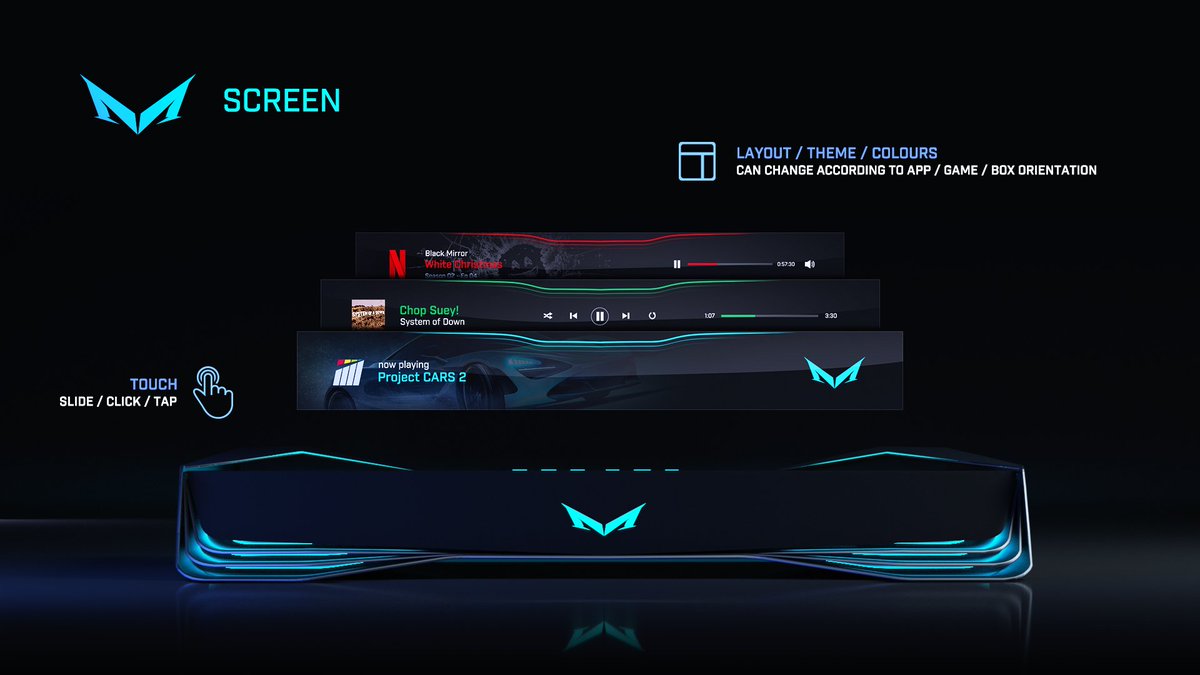 At the start of the year, Project CARS developers Slightly Mad Studios made some bold claims about a proposed new console they plan to develop - however recent events may have hurt the chances of seeing this ambitious project come to fruition.

Having achieved a remarkable commercial success with the first two Project CARS racing games, Slightly Mad Studios, via studio head Ian Bell, announced their ambitions to create and launch a brand new SMS designed gaming console into the world, one that the studio claimed looked set to be the most powerful console created to date, 4K capable and able to support VR at 60FPS.

However, since the stories first broke via Ian Bell's twitter account, the 'Mad Box' concept has hit a number of challenges, not least of which is the withdrawal of two investors following details of Google's new Stadia gaming solution.

According to Online Marketing Manager Nathen Bell, the move to taking gaming away from the traditional console based service might be hurting Mad Box in the long term:


“We had some solid investment lined up but Google saying ‘the future of gaming isn’t in a box’ hasn’t done us any favours,” said Bell. “Two investors pulled out after the announcement of Stadia. All I can say at this stage is the future of the project is questionable.”
​
Although solid news on the console remains scarce aside from some early Ian Bell twitter messages, it is still an exciting prospect to see a potential new player step up and take on the might for Microsoft, Sony and Nintendo in the console gaming marketplace, and it would be a shame if these impressive sounding plans from Slightly Mad Studios fail to see the light of day in the long term.

Despite the setback, it is still early days within the project, and at this stage it is entirely possible that the 'Mad Box' console will still see a release in the long run, especially considering the questions that still remain unanswered around Stadia, and the future of cloud based gaming platforms.

Oh what a surprise...

Premium
I think this project, as it was presented earlier this year, was dead before it even began. Nice of Google to give them an excuse to cancel the whole thing without losing too much face though.

PC2 is great without a certain box

OMG my birthday has come early..

Robertinotje said:
PC2 is great without a certain box
Click to expand...

Force feedback is rubbish though

Premium
Well it's a shame if it doesn't go through.
Why do people laugh at someone failing ? Why is it funny ? I don't understand this mind set.
Someone trying something new should be remarquable. And trying to make space on the market already owned by Microsoft and Sony is a bold move, but a courageous one.
I wish them all the best, and hope it goes somewhere
Last edited: May 6, 2019

Day dreaming is never a bad thing, if you just stay there and not try to make your dreams come true. Live within your means is all I am saying, to mad's owners.

Hey somebody is making a new console. So the big players will be Microsoft, Sony, Nintendo aaaaannnnd...

I never had any expectation that it would release anyway. Did anyone, really?
G

Oh come on, in 10+ years of game developing these guys never learned how to introduce in their games the simple option to hide the arms of the driver. Do someone really think that they can make a gaming console?

Premium
Don't own a console and never will, but for customers, every new player in a market is always good news, so: bit baffled by the snide remarks here.

So, their attempt at "Disnefying" their content has failed? Sorry not buying a full console that has ONE game franchise on it. I don't care if it has 16K and is Nitrogen cooled with a 16 Core 5GHz processor.
M

Considering the colossal amount of ressources it takes to produce, distribute and market a console, this is hardly surprising. How Slightly Mad ever thought they had a chance of playing on the same field as Microsoft and Sony is a mystery.

They should rename their "product" to Magic Box.
They could advertise it with a phrase "Now it's here, now it's not".