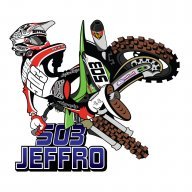 A couple months ago , Fanatec put up a new F1 rim for sale , which was supposed to be " Limited ". Only like 300-500 were supposed to be made. It is the black/gold F1 rim , and I bought into it , because I really liked the looks and the amount of switches , button's and rotary's that are built into the wheel. So I got the wheel today......and what do you know , that " Limited edition " wheel I just paid $350.00 for , isn't so limited! They have a blue version for the PSU , and a new " black and red " one they just released. Seriously??.....what the hell? I would have chosen the black/red one any day of the week , but because they listed my wheel as a " limited edition " , and they worded it as they weren't going to make any more........I believed in them , and bought my rim. What was limited about my new rim? The color? Why sell something listed as a " limited edition "......when you can turn around , change the color and sell it as something else? 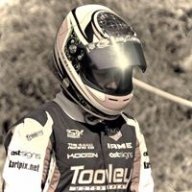 I’ll buy it haha, it’d rather it than the red and black version! And the blue version only comes with the new DD pack
Reactions: stadlereric
F

I ordered it as well thinking that there would not be anything else like it in the near future but I am happy with my purchase, they are all a little different but the prices are the same so I dont feel as though I was ripped off by paying a premium for a LE. Are you in the USA Jeff? Still waiting for ours in the land of oz.

F1Aussie said:
I ordered it as well thinking that there would not be anything else like it in the near future but I am happy with my purchase, they are all a little different but the prices are the same so I dont feel as though I was ripped off by paying a premium for a LE. Are you in the USA Jeff? Still waiting for ours in the land of oz.
Click to expand...

Yeah , I'm in Portland OR , USA. It surprised me that it showed up this early , as there estimated time for delivery was originally mid January. And like you , I thought this was a product that was specially made , and wasn't going to be made again any time soon. I took it out to look at it , but haven't used it as of yet , as I'm waiting to hear back from Fanatec. I wrote them a letter saying " If I had known you were coming out with a full F1 rim in red/black , I would have purchased that instead " . But I jumped on the hype train , thinking I was getting a limited run type rim.....which doesn't seem to be the case. I plan on getting a DD1 sometime this summer as well , as I've been pretty happy with my old Club sport V2.0. 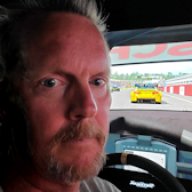 There was one of the gold limited edition F1 wheels listed on eBay today for $550. It shows up as SOLD now.

It would seem you guys across the pond have got them early. I contacted fanatec to see if we would be getting them early as well, the answer was no. Not sure why some do and some dont, seems to be some fanatec randomness at play here. 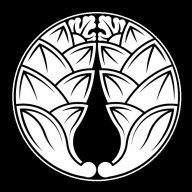 What pisses me of about fanatec is there pricing and shipping cost to Canada.

I was ready to buy the new podium dd wheel until I found out shipping was almost have the cost of base podium.....add on the cost of a rim and I was looking at well over a $1000 cdn than the accuforce v2 complete kit 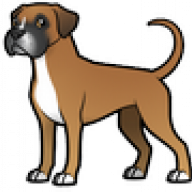 If that's the biggest worry you have in life you have it pretty well.

It was strongly rumoured there would be another non limited version and this screenshot is from November 21. It was known it was coming.

That wheel was announced and released for pre-order a few weeks ago:

R1Joel said:
If that's the biggest worry you have in life you have it pretty well.

It was strongly rumoured there would be another non limited version and this screenshot is from November 21. It was known it was coming.
View attachment 283398
Click to expand...

Does seem to be a bit of overreaction in the OPs case and I fail to see how its such a big or annoying issue.... If someones pissed, then cancel your order, or return the item under your consumer rights for internet purchases, no big deal.

Not only was the above video shown prior to the sale, but if looking at the specs for the "Limited Edition" it made it very clear it did not support XB1 and we still at that time had to see the PS4 version as well. That to me, gave the impression that alternative options, somewhat similar in certain ways would also be coming for XB1.

The gold looks class, but I think some including me personally may of preferred the original shape for the "F1 Gold Edition" and the XB1 / PS4 versions to be with the cutaway section also matching the "E-Sports" model.

The PS4 version looks a bit gaudy/tacky but hey thats just me....
I think the red with the gold, additional paddles will also look a bit odd, they need/should offer the additional paddles to match the red/blue/gold options.
Last edited: Dec 30, 2018
B

How hard would it have been for Fanatec to just tell us up front they were planning a staggered release of different versions of this wheel, and the golden one was unique primarily by its color (and lack of compatibility with consoles..)

Obviously that would have resulted in less impulse buys. But the result of these recurring ‘promotions’, where many feel they are misled one way or the other, must be that at least some of us are losing trust in the brand.

For me the continued business practice of taking peoples money in presales and never making the release date, the horribly bugged auction system, selling items as limited editions before launching similar items to a wide audience and the silly advent game which was dominated by bots have resulted in losing a lot of ethusiasm for the brand. I do not really want to engage with Fanatec anymore.

The common pattern here is that a lot of hype and expectations are created and many people buy in to it, always ending in disappointment for a majority of those involved.

I find all of this so disappointing because I do love their range of products, which truly goes beyond what any other company offers to us. I wish they would just cut all the crap and realise it’s good enough if they just sell us their products without all this pooha.

To counter this rant: I don’t think they are purposely misleading people. I also believe they do actually care about their customers. They showed that with the €350 coupon offered for DD presales, to compensate for the delay.
Last edited: Dec 31, 2018
Reactions: AlBell1967 and RasmusP 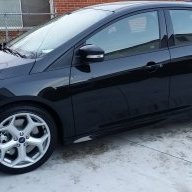 Give me a break man! I'm so jealous you got a gold and black one. First off The red and black one looks nothing like yours. Secondly how would you expect any adoption of the new features if similar wheels didn't exist? The rotary dials and clutch are pretty unique and require SDK/API integration to get functionality out of them. No developer is going to spend time making them work if only 350-500 people have one! I absolutely love that wheel and I hope you enjoy it.
Reactions: F1Aussie 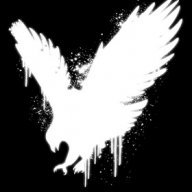 Seriously? It was pretty flipping obvious that it was the colour that was Limited not the wheel, what are they going to do, design and build a new wheel just to sell a few hundred and never use that design again? You are having a laugh right?

Well , in my defense on this , when I originally saw this wheel come up for sale all it said was " Limited production ".....once they are gone , they are gone. Not one word about it being a " Limited color version ".....not any where did they mention that.

BUT.....I'll be just fine with it , and even though I would have rather had the Black / red F1 rim........the Black/gold will work just fine. While I was in the process of debating on weather or not to get it , they were selling out pretty quickly , so I jumped on it. I never saw any ad's ( wasn't really looking ) about a Black/red one coming out. I have the Carbon F1 rim here now as well....and I gotta say , just on looks alone , this Black/gold version looks pretty dang incredible compared to the standard CF F1 rim. 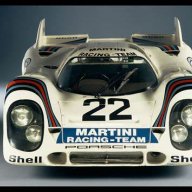 Got mine yesterday, just need to wait for Simon at simracing machines to work his magic and create a osw conversion kit before I can use it
Reactions: AlBell1967
You must log in or register to reply here.
Share:
Facebook Twitter Reddit Pinterest Tumblr WhatsApp telegram Email Link
22 comments
RaceRoom Racing Experience | WTCR 2020 Now Available
46 comments
Assetto Corsa Competizione | Another Hotfix is Here!
47 comments
Gran Turismo 7 | Release Delayed Until 2022