iRacing are on a role of late, with their latest and greatest preview video showcasing a rather tasty looking damage model implementation for the popular MX5 Cup car within the game.

The work over at iRacing HQ continues at an impressive pace it seems, with the American development team dropping another surprising new preview video onto the internet - this time showcasing a fully reworked and updated damage model coming to the small and mighty Mazda MX5 Cup car within the title.


Anyone even half familiar with the iRacing simulation will have plenty of experience behind the virtual wheel of the MX5 Cup, as the little open cockpit touring car has formed part of the staple rookie content selection within the simulation since pretty much the beginning of recorded time.

With the rookie classes often producing pretty... interesting driving standards, it should be fun having to dodge the many flying wheels and body panels laying round the circuit when you fire up the title post release. Interesting being a generous way of putting it..!

No exact release date for the new build has been shared with the community yet, however the betting money is on a deployment sometime within the next couple of weeks - stay tuned! 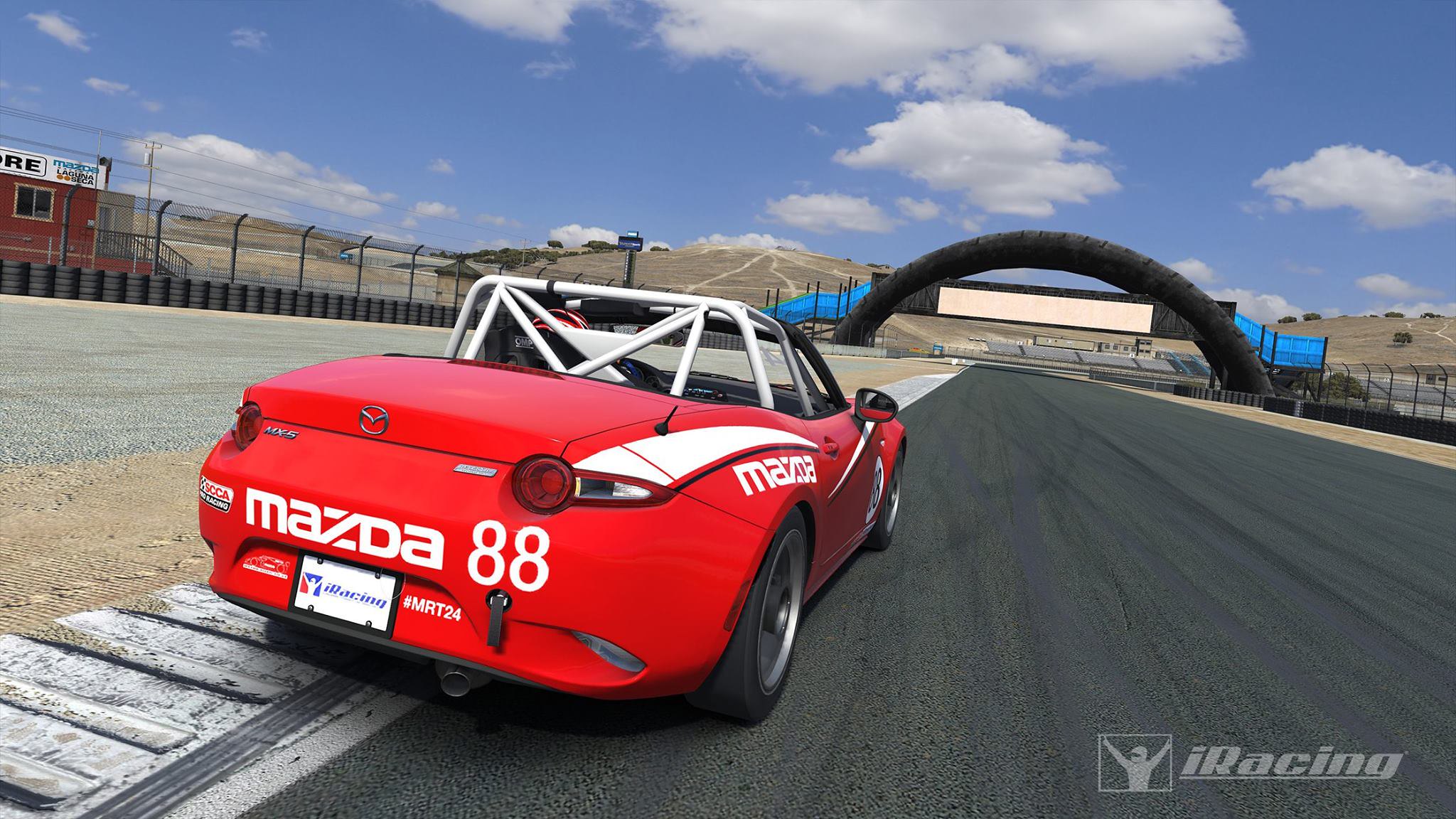 Chipping away at the big picture and I would have to say it looks promising, quite natural deformation to my eyes anyway by the video. ...great work.
....hmmm, will it provoke more contact or wrecking during a race I wonder?
Last edited: Sep 6, 2020
Upvote 0 Downvote

Sounds like you haven't got anything positive to say..it's what you call attention to detail and continuous development.
Upvote 0 Downvote

Excellent! Best sim on the market as far as I'm concerned. With that said I am a "Newbie" so to speak with only 20+ years of sim racing. I also drive a Miata on the track, and the race shop 'Sicksideways' who are National Champions in the USA is where my Miata gets tuned and fixed. I see plenty of damaged and/ or wrecked MX-5 Cup cars and the iRacing damage model isn't that far off!
Upvote 0 Downvote

Love this series, crashes and damage models are also part of the simulation, so it's great to see improvements here too.
Upvote 0 Downvote

That sim is evolving spectacularly. I have little experience with iR, but I can surely tell that they need spectacular crashes, because it happens a lot in there, it is not gentleman racing sim.
Upvote 0 Downvote

mantasisg said:
That sim is evolving spectacularly. I have little experience with iR, but I can surely tell that they need spectacular crashes, because it happens a lot in there, it is not gentleman racing sim.
Click to expand...

There is also a lot of League racing that goes on with entirely civilized fields.
Upvote 0 Downvote

It actually is very nice especially now that they are getting some races televised and there are a lot of spectators who will enjoy watching slow motion recaps of the accidents ( just like they do for real races ).
Upvote 0 Downvote
P

Great! Now you can have realistic damage after you wreck your car because of the garbage tire model.
Upvote 0 Downvote
C

Looks awesome. Feel like the visual damage model from Grid 1 but done even better.
Upvote 0 Downvote

Iracing are on a role? Sitcom? Drama?
Upvote 0 Downvote

looks pretty good! don't think it needs to go any further then this in any racing game.
Upvote 0 Downvote

Now let them fix the horrific ice gravel. So you don't need to crash that hard.
Upvote 0 Downvote
M

Richard Hessels said:
Now let them fix the horrific ice gravel. So you don't need to crash that hard.
Click to expand...

I have a feeling the grass has been tuned a bit. If you watch Jimmy Broadbent's preview of the new content you see him go off on the grass at T1 at Lime Rock in the reworked McLaren F1. He seems to be able to stop/turn the car before hitting the tyre barriers. At the moment going off there equals instant death in the tyre barrier.
Upvote 0 Downvote

Luckely there are almost no crashes with these cars @ the rookie cup.
Last edited: Sep 7, 2020
Upvote 0 Downvote

That's fantastic! Wish RF2 had this!
Upvote 0 Downvote
You must log in or register to reply here.