Jimlaad43 said:
@oorjit07, you've dropped into last place in the Constructors Championship despite scoring points again, will next season be the time to get bangalore up the grid?
Click to expand...

...hopefully. Trying not to finish last in the championship this year will be first on our agenda, but setting up a team capable of battling for the top 10 regularly will definitely be a target. 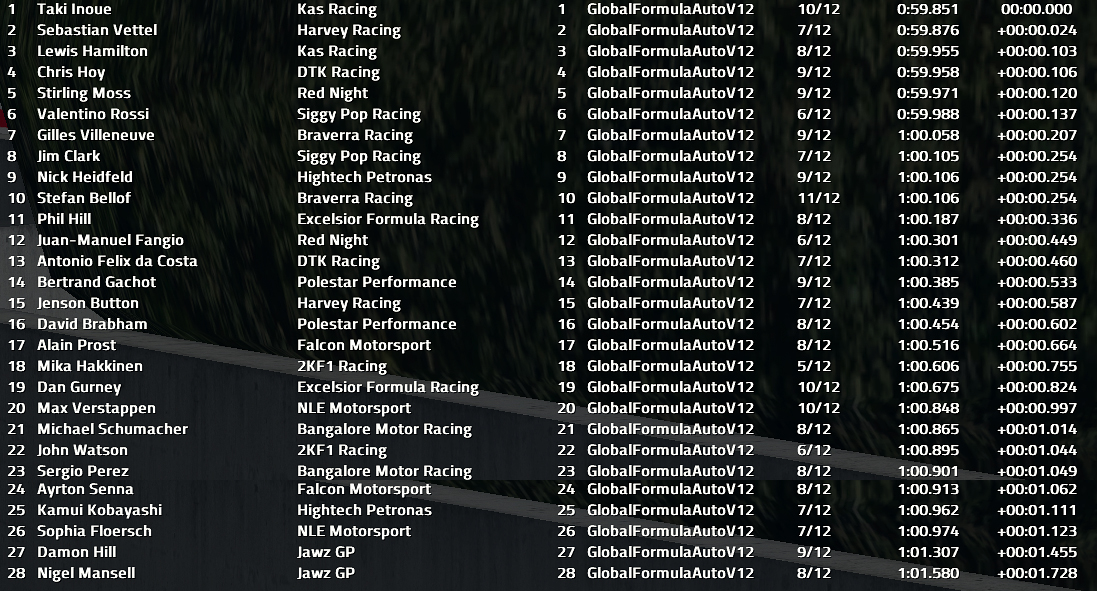 Taki Inoue dropped the title gap from 10 to 9 points with pole at Curitiba. With Hamilton in 3rd, it's not going to be easy to get that title though. Who will win it? It's also worth pointing out the Constructors battle from 2nd to 8th is super-close and we'll see how that all pans out.

IS THAT GLOCK. No taki that's mika... Taki wants to punch him but Lewis is screaming his head off in joy. So mixed feelings but overall a fantastic way to end a season. Except from the race that was extremely bad.

Any more race/awards reactions before the results later?

i just want to reveal my livery already 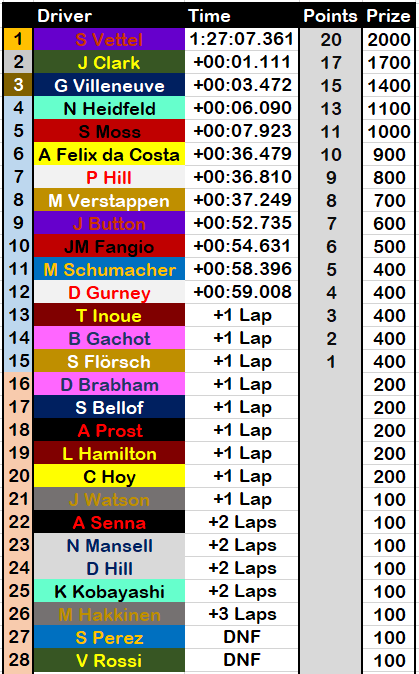 Sebastian Vettel scored his first win of the season at the last race after fending off Jim Clark for the whole race. The victory, combined with a 9th place for team mate Jenson Button helped Harvey seal 3rd in the Constructors Championship in a super-close battle for 2nd. Braverra had an advantage, and Villeneuve's 3rd secured them second in the championship, while 4 points separated Harvey in 3rd and Red Night in 6th.

The battle for the Driver's Championship was heading the way of Taki Inoue initially after lewis Hamilton spun multiple times at turn 1 and dropped back in the pack. Inoue was keeping up with the leaders, until Mika Hakkinen spun while being lapped, and Inoue slammed into the 2KF1. Inoue lost a lot of time replacing his front wing and dropped into the backmarkers, struggled to pass anyone and wasn't helped by attrition as only 2 cars retired from the race. Inoue's 13th place wasn't enough to give him the title, so Hamilton became Champion with his 19th placed finish.

Interviews
@Millsy24, it took until the last race of the season, but you are finally back on the top step of the podium. 3rd place in the Constructors Championship twice in a row, what do you need to do to get to the top?
@the_sigman, Clark finally scored some points after so many races of bad luck, but Rossi's retirement dropped you to 5th in the standings, how do you feel after that race?
@Kas. With both title wrapped up, how can you keep the momentum up for next season?

Jimlaad43 said:
it took until the last race of the season, but you are finally back on the top step of the podium. 3rd place in the Constructors Championship twice in a row, what do you need to do to get to the top?
Click to expand...

Chuffed with the consistency although I would have hoped to be a solid third and not have to jump 4 places in the last race.
I think we need some more luck early season to get to the top, or perhaps Jim to accept a few bribes


Jimlaad43 said:
How did your season go? Did you achieve what you hoped for?
Click to expand...

Season went okay for us, not a fan of how the reliability adjustments turned out. Personally feel there were too many dnfs, especially consecutively.
I didn't get round to watching as many races this season which was also a shame

Jimlaad43 said:
Where did points go missing, which races do you see were missed opportunities?
Click to expand...

over before it started, from double championships to not even getting close to a podium... but we'll try again next season and hope for the better

speaking off next season, i said i would do it, so i did the NLE V10 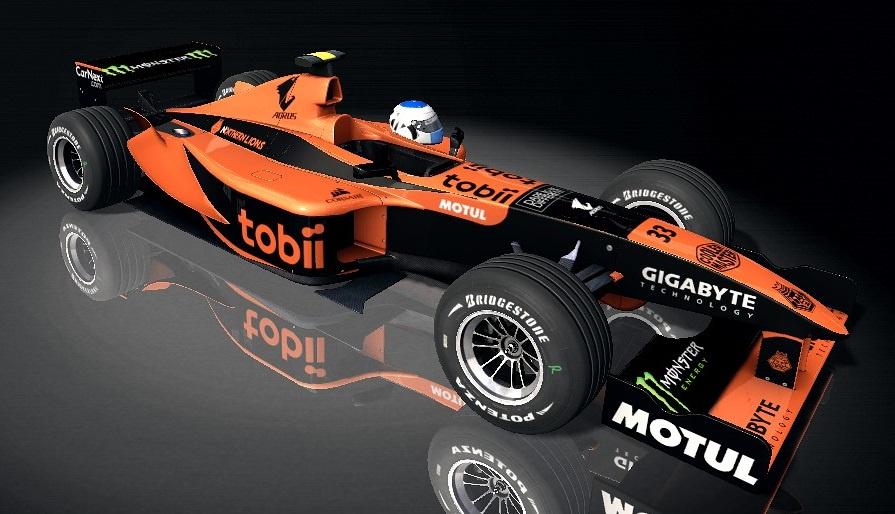 @everyone like last season, if anyone needs a livery done hit me up
Last edited: Sep 16, 2020

No, we didn't. Goal is always the title and we failed. Although it was clear to us after first race that goal will be very hard to achieve, we came very close before string of bad luck. In the end we were focused on 1 driver as we couldn't afford 2 equal cars, so we payed a price in constructors. Very happy for Moss's third, to whoever is concerned: "this could have been you in that car"

First podium for team and for Moss in France, we gambled to keep low downforce setup for long straight there and it payed off with second place. Then win in Australia after some luck going our way when we needed it.
Pole in Japan was THE BEST result of the season until...

Retirement in Germany and Japan for Moss, with at least one he could have been in title fight and we could have more budget to get the car closer to Kas, but there is always next year... And a lot of problems for Fangio, we didn't expect that with high reliability we started with.

All in all, it was very enjoyable to follow the season and races that I managed to watch all the way. Fantastic fight all the time, on track and on paper. Thanks Jim for organizing this!

Jimlaad43 said:
@the_sigman, Clark finally scored some points after so many races of bad luck, but Rossi's retirement dropped you to 5th in the standings, how do you feel after that race?
Click to expand...

Seeing a good result for the end of the season is good for the morale of the team, but it hurts a little bit too, seeing that the potential was there for a successful second half of the season. Anyway, we carry on and hope for a better season next time around.

I think my season starting off pretty bad, what with the double DNF in the opening round. Having basically zero credits to update my car after the first race really put the team way behind everyone else. I had to play catch up the whole season and only felt comfortable competing with the others in Okayama...which in my opinion was my best race. I wonder what would have happened in Hill finished there.

I think Okayama also proved to everyone that a high power car with a good driver and low drag was pretty hard to beat on a track with long straights. Gurney was able to hold off some great drivers for a very long time there. Maybe you could consider allowing us to change our setup between low-med-hi downforce, providing we have previously purchased the upgrade.

I think after this season, I might have a better understanding of the game, and hopefully can set up the Excelsior car better at the start.

rubaru said:
Maybe you could consider allowing us to change our setup between low-med-hi downforce, providing we have previously purchased the upgrade.
Click to expand...

Agree with this, wanted to ask same thing.

This is being done by introducing the Gearbox upgrades. Everyone was using the same gearboxes so there was no advantage to using the High Downforce as it sucked down the straights. By allowing you to upgrade from shorter to longer gears, you might find an advantage for both.

But High downforce is always better for laptimes, just maybe not for passing. You can defend from a faster car, but you can't catch one.

I will post the full results of the awards later today and get the thread for the new season open tomorrow night at the latest.

The template for the GFA Season 3 car can be downloaded here. 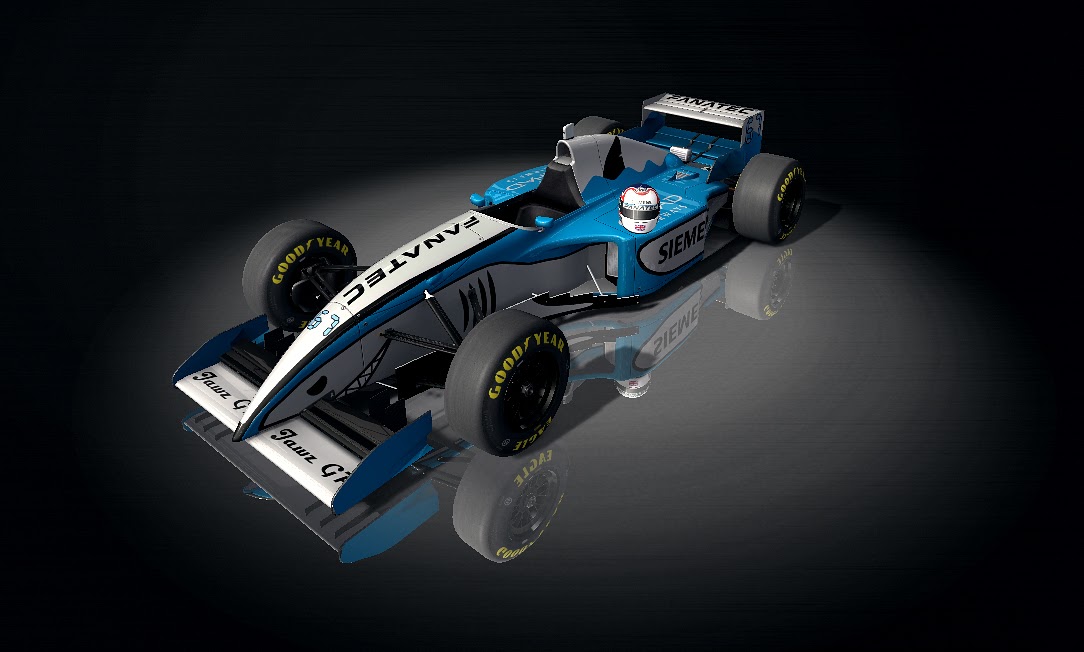 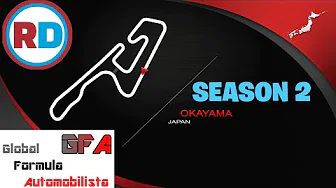 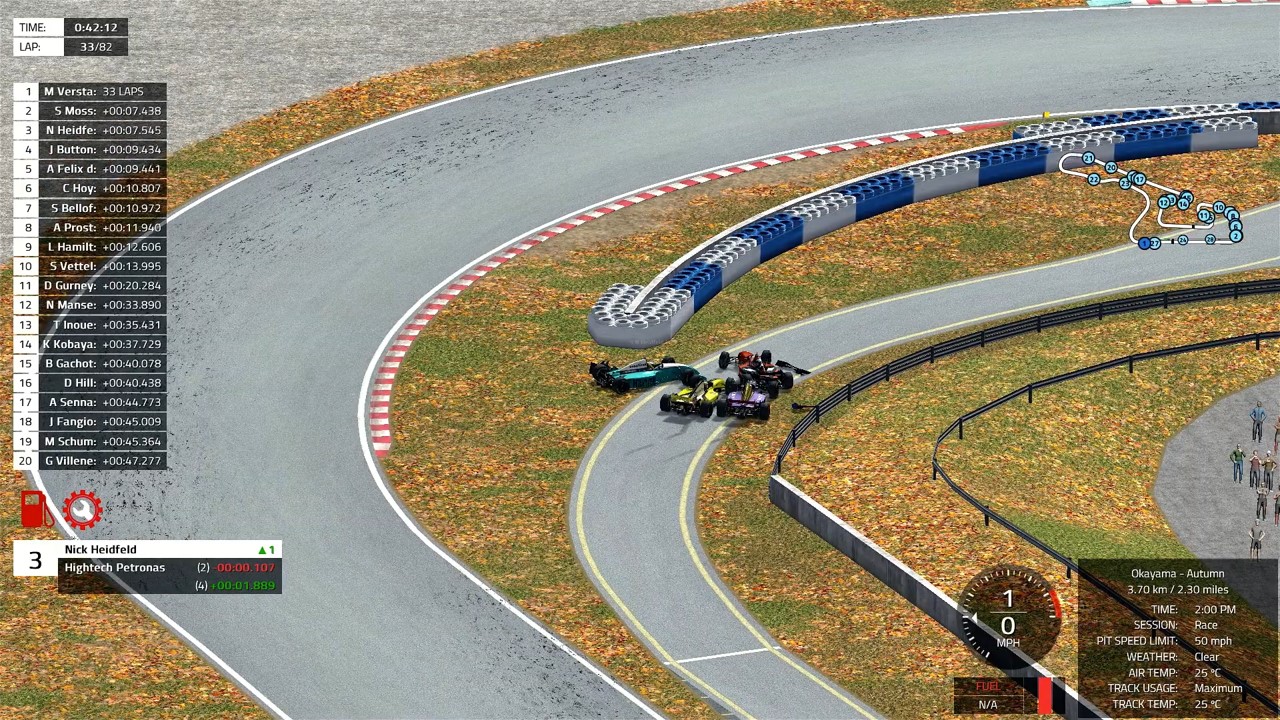 Driver of the season: Lewis Hamilton 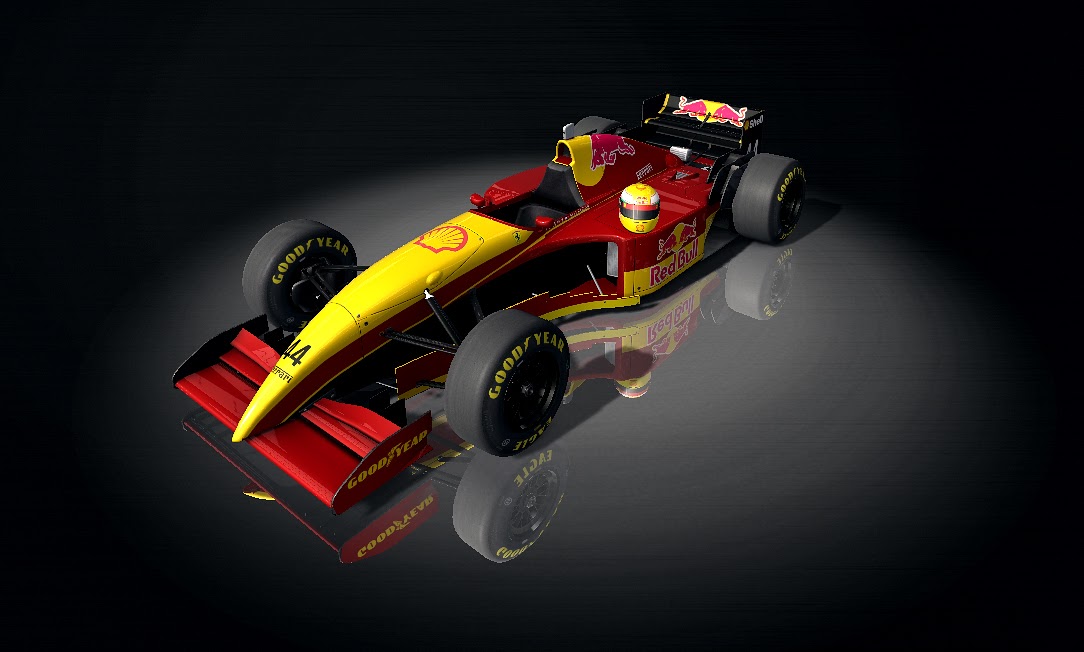 Drive of the Season: Nick Heidfeld's 28th > 6th in France 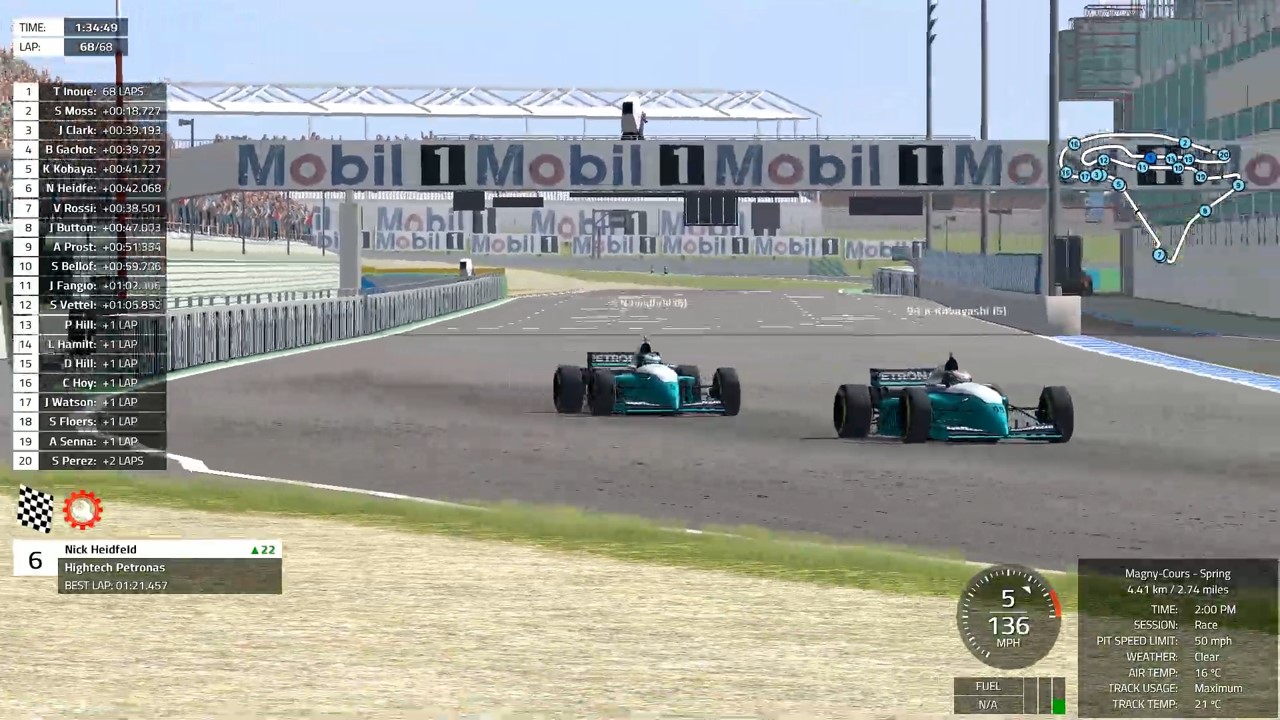 We failed to achieve our ambitions. Pre-season testing gave us hope as Hightech was among the fastest cars. The first several races we botched up so many easy wins with mistakes or mechanical issues. Then the rest of the field caught us up.

The best result was the double finish at Imola. It was the real show of our capabilities. It was also a great battle between our drivers.

We missed so many races because of Heidfeld's unexplainable problems at the qualifying sessions. It was strange to see our car underperform so much and I believe Heidfeld lost at least 3 wins due to poor qualifying performance.

I would like to thank @Jimlaad for smooth moderation and fantastic commentaries. It was enjoyable to watch the races with his witty remarks. But I got to hate Automobilista's wacky AI and strange stats-to-performance mechanics, and for this reason Hightech will not continue their Global Formula Automobilista operations.
Last edited: Sep 17, 2020