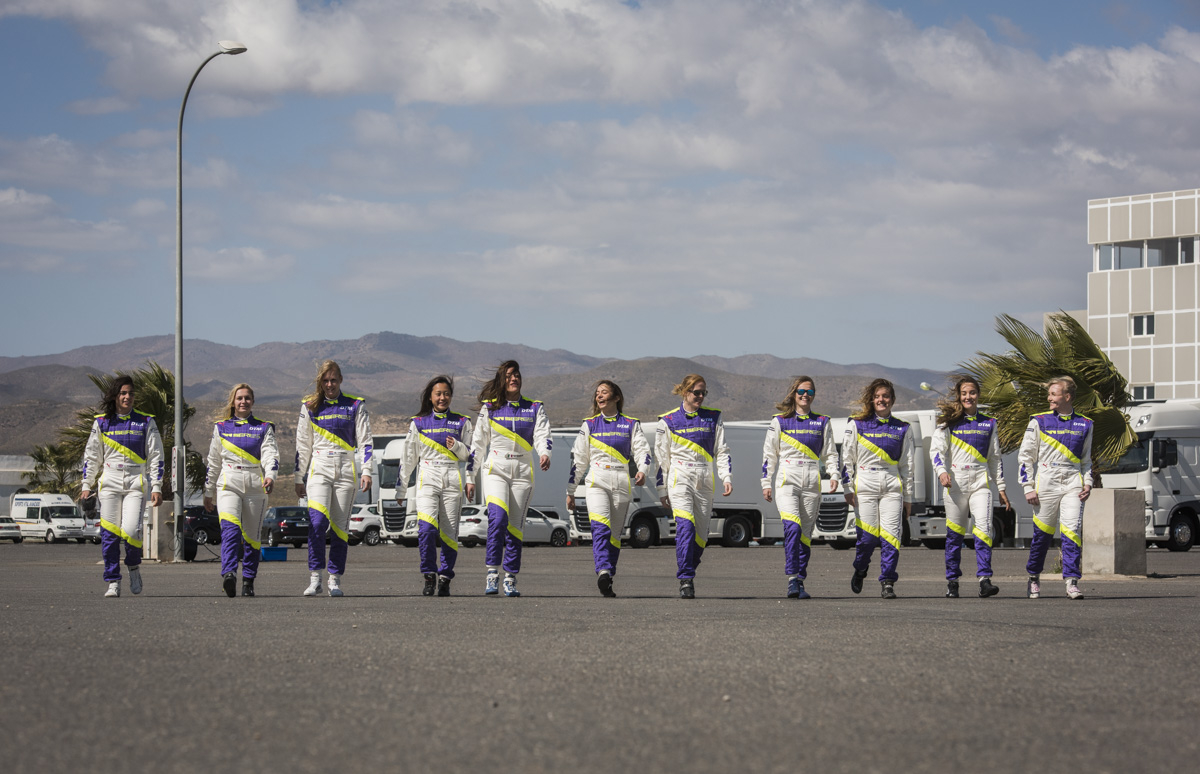 Designed to increase female participation in motorsport, the Formula W series is a category of open wheel racing created exclusively for female competitors. Utilising the spec Tatuus F4 chassis and forming part of the support package for the DTM touring car championship - beginning this weekend at the German Hockenheim circuit.

In something of a rarity for modern motorsport, the new category will also get its own free-to-air terrestrial TV deal thanks to Channel 4 in the UK, the British broadcaster is planning to show all rounds of the new series on their channel, and have secured big name broadcasting stars David Coulthard, Ted Kravitz, Leigh McKenzie and female BBC 5-Live Formula E commentator Claire Cottingham as part of their TV package.

As well as a robust TV deal broadcasting arrangement, the new series will have an online streaming presence for those territories without traditional televised coverage. All the racing can be seen directly on the series official Facebook and Twitter accounts.

So, who will be driving this season?

After a challenging process of testing and elimination, 18 drivers from the original 100+ applications have been selected to take part in the opening season, with some big names from the world of international motorsport set to take to the grid. Former junior series champions and race winners are represented alongside a wealth of new talent, the full list of which can be seen below:


The new series is set to support the German DTM championship this season, and will consist of six rounds of 30 minute races at the Hockenheimring this weekend, Circuit Zolder on 17th - 18th May, Misano World Circuit in Italy on 7th - 8th June, Norisring on the weekend of July 5th, TT Circuit Assen on July 18th and finally heading to Brands Hatch for the season finale this August 10th - 11th.

Will totally be watching.

Anyone remember that Seat Leon cup they had years ago, supporting the BTCC? They were all rookies and got a BTCC drive as Jason Plato's teammate as the prize.

They were shown live as part of the BTCC package but also there was a regular TV programme with behind the scenes stuff.

I totally loved it and ended up much more excited about it than the BTCC races.

I think there were a couple of seasons but the one that REALLY had me hooked was the one with Gordon Shedden, Rob Huff and Aron Smith amongst others.

There have been women reserve F1 drivers and F2 drivers over the years, so why have the series run F3 cars. Would not have a women's series using F3 cars be a step back for some?

I bet my money on Chadwick for the championship!

Kjell81d said:
There have been women reserve F1 drivers and F2 drivers over the years, so why have the series run F3 cars. Would not have a women's series using F3 cars be a step back for some?
Click to expand...

I'd watch it for David Coulthard alone, but Im generally fond of the lower Formula series races. Less downforce makes them usually quite entertaining to watch.


Kjell81d said:
Would not have a women's series using F3 cars be a step back for some?
Click to expand...

Yaay, segregation! It's the current year after all!

I still haven't heard about where the Formula W drivers are going to after the season, but then again I've not been following this very closely. Will there be guaranteed F3 contracts, or will they be compared to the other F4 series drivers? Will they be stuck in F-W limbo for some time?
G

Can't wait to see a man completing his "transition" into a "woman" so "he" can trash the competition and collect all of the prize money in hilarious fashion.

Will they have built in sat nav .

No really great , look forward to this .

I expect jamie chadwick to win it by considerable margin.
B

Looking forward to watch this

As glad as I am to see women getting in seats, I'm a little torn on the whole idea of why they have to be given a separate division, instead of just real integration. Physicality isn't as big a factor in this sport as others. I guess if they're okay with it, then I am, too. I saw an interview with Chadwick where she made a good point. Full integration would actually result in less women getting seated than having a separate division. That is true.
Last edited: May 3, 2019

It's seems as though Marta Garcia might get a second chance at the F1 ladder because of this, so that's good. I still disagree with this concept though, I think they should've created a training academy and a few F4/F3 teams to serve this purpose.
I

why does this need to be a thing? are other motorsport really turning away drivers based on gender?