Note: You must be a Premium member in order to participate. Upgrade your account here.

Sign up list:
Note: Please sign out well in time (at least 1 hour before the practise session begins) if you're unable to make the race. Thanks! 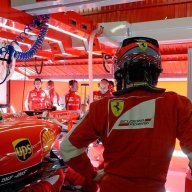 It's strange: servers cost money, so if they effectively run tonight it's thanks to all of the premium members.
But since premium status has been launched, servers seem desert.

Last time Indycar @ Mid-Ohio was cancelled: Magnus signed up before realized nobody was interested.
Tonight on FR 3.5 there is you Sharjeel but you won't run alone won't you ?

SO rather than wait for premium members who won't play, why not guest all of the free members who MAYBE want to play online ?
It will avoid empty servers like I presume this one will be tonight !

Sign me out, mate. Gotta be working till late tonight.
Cheers.
D