Ferrari "Wrong" to Think They Are Faster Than Mercedes 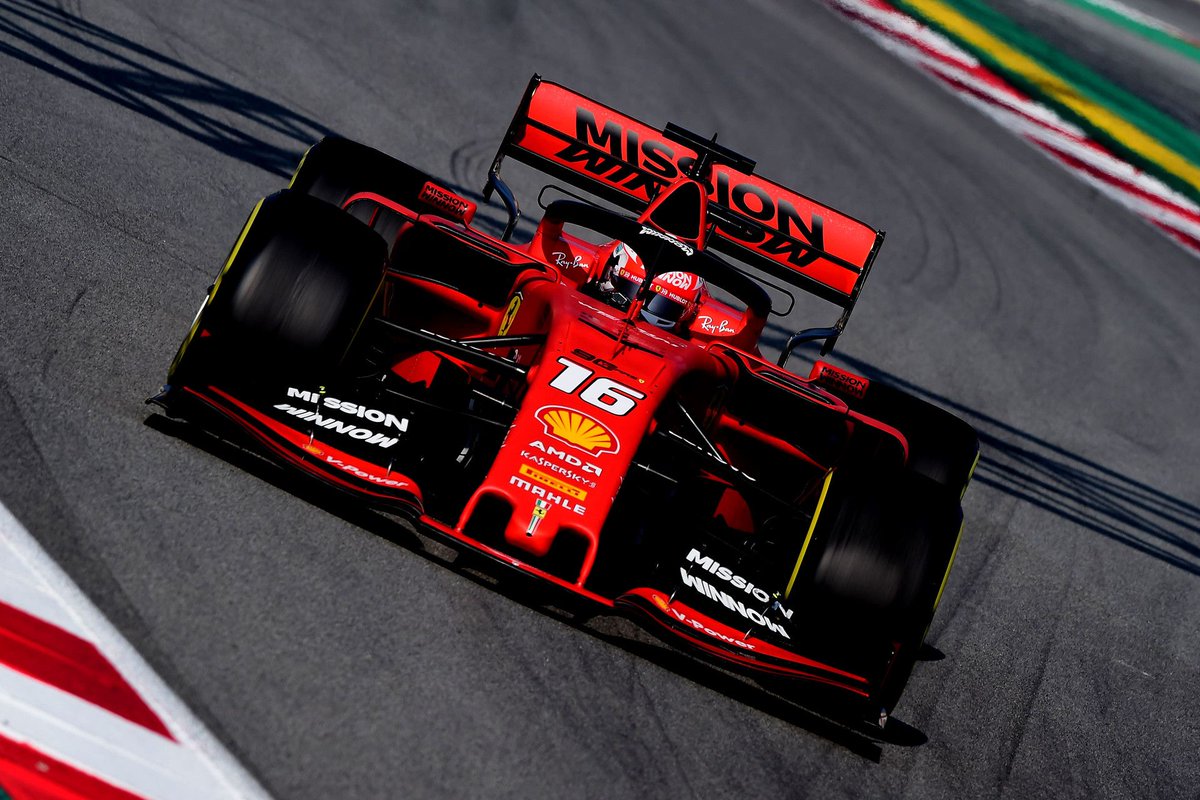 As we head ever closer to the first round of the new season, new Ferrari team chief Mattia Binotto believes Ferrari don't hold all the cards prior to hitting the Melbourne circuit.

With Ferrari having spent a productive two weeks in Barcelona during pre-season testing, enjoying plenty of laps with the new SF90 and team mates Vettel and Leclerc often hovering around the head of the laptime charts, many believe Ferrari have an advantage over their rivals in terms of single lap and long run pace - something that new Ferrari Team Principle Mattia Binotto was quick to dismiss prior to jetting off to the opening race.


"I'm happy to know that (Mercedes driver Lewis) Hamilton believes we are faster, but I believe they are very strong," Binotto said about the team he expects to once again be fighting this season. "I believe that Mercedes will be very, very strong in Australia, and I think it would be completely wrong to think we are faster than them.​
"I'm not expecting them to be behind us. I think they will be very, very close​
With Mercedes having dominated Formula One since the start of the hybrid turbo era in 2014, it would be refreshing for many fans to see a resurgent Ferrari take the lead in the performance stakes this season, especially with the new and potentially explosive driver pairing of Sebastian Vettel and debutant Charles Leclerc, a line up that should prove one of the most interesting talking points as the season progresses.

For more from the world of Formula One, head over to the RaceDepartment Formula One sub forum and stay in touch with the latest news, discussions and chat.

Think it's safe to say never take Mercedes pre-season testing as a true indicator of pace.

Would be nice to see a few teams and several drivers mixing it up this year but i don't think the status quo will be disturbed anytime soon.

I also wouldn't be happy as Ferrari seems to be. At Melbourne all the pieces will start to fall into place and we'll discuss standings after that race. All the pre-season testing is just not that interesting.
A

I only just found out that mission winnow is Phillip Morris the old cancer stick makers.... not a good time for a silly diversion like that....Merc must be laughing already...
Why do Ferrari make such silly mistakes?
Already a legal battle going on in Italy and they are having to drop all branding and car livery because of it....
E

Ferrari 'wrong' to think they are exempt from tobacco sponsorship regulation.

I don't even think Australia will be a good representation of how things stand.

theravenousbeast said:
I don't even think Australia will be a good representation of how things stand.
Click to expand...

True. I always view Melbourne as an oddball race. It’s a street type circuit. We usually only know the true form when we reach a proper race circuit. However it will be interesting to see how things pan out at the first few rounds.

Anyways, about the down playing and sandbagging... Remember when and where Mercedes won their first race in 2018! Hype will be hype. But facts are stronger than illusion. Many people still believe Ferrari 2018 car is faster than Merc, but who got the double championship regardless? I'm not saying merc is hiding something or I know they are faster. Only that merc is known to pull off this kind of jokes more than once in a while. Ferrari should have learned by now and do their homework.

This is Ferrari...trying to play 'head' games as usual.
It is the equivalent of their version of..."If we again lose the championship this year, we'd already told you at the start of the season that Mercedes was faster."
Last edited: Mar 7, 2019

Mercedes' results over the past few years make it unwise for anyone to think they're ahead until they prove it on track.

Who cares!... It'll be the same BS F1 procession as it has been since the hybrid came to be, how boring.
L

InsaneOzzie said:
Who cares!... It'll be the same BS F1 procession as it has been since the hybrid came to be, how boring.
Click to expand...

F1 has almost always been a procession at least since the 80s. The standout seasons were the exceptions - not the norm.

Well the Ferrari looks tight this year, the Mercedes too. Red Bull also apparently up there. What's not to like? I am eager to see a Leclerc vs Verstappen duel, that will be cool. Can't wait for them to begin.

Logan812 said:
F1 has almost always been a procession at least since the 80s. The standout seasons were the exceptions - not the norm.
Click to expand...

Which is exactly why it's boring!

apex11 said:
I only just found out that mission winnow is Phillip Morris the old cancer stick makers.... not a good time for a silly diversion like that....Merc must be laughing already...
Why do Ferrari make such silly mistakes?
Already a legal battle going on in Italy and they are having to drop all branding and car livery because of it....
Click to expand...

The F1 cars run in Marlboro red for decades, instead off the regular Ferrari red the originally had.
It's a much brighter with a hint of orange color.

Reverse grids and wet tracks
Ban pit radios, make them text with their iphones instead and they have to answer 5 fan questions a race ....... lol
Last edited: Mar 8, 2019

A further proposal to allow four-wheel drive cars was also tabled, with the front axle driven by an MGU-K unit—as opposed to the traditional driveshaft—that functioned independently of the MGU-K providing power to the rear axle, mirroring the system developed by Porsche for the 919 Hybrid sportscar.
Click to expand...

I'm removing my comments, as they were OT and potentially inflammatory (even though they were intended to be jokey).
I honestly hope that both championships go to the wire, so that genuine F1 fans can get excited about it.
Last edited: Mar 8, 2019
You must log in or register to reply here.